An awesome week’s carp and cat fishing for these Beausoleil veterans with 19 carp to 40lbs 12oz, 4 cats from 78 to 98lbs and multiple PB’s smashed!

This week we had the absolute pleasure of welcoming back Rob & Simon. Rob has holidayed with us every year but one since we took over the fishery in 2011 and Simon has joined him for the last few years. Rob had some tough weeks for the first few years. We talked about this during the week and in his words: “One of the best things about this place is that it’s not easy”.

It was in 2015 that Rob made massive leaps in his angling both technically and tactically. After that there was no stopping him and this year, he really showed us how good an angler he is. Simon has also been learning at an incredible rate and despite the fact that he’s only been carp fishing since 2014 he’s got all the skills to catch them like a machine!

After the super hot weather of the previous week, the conditions changed dramatically and the week started with a more autumnal feel. Rob kicked things off from the Point swims with a new PB, Dink at 38lbs on the very first chuck… nice start!

Rob’s objective is to catch one fish per day and his entire strategy is geared to achieve this. This year, on average, he doubled this to 2 a day but he blanked on Wednesday and blames me for it! He swears I have some kind of remote switch which lets the fish out to play or send them back to a hidden cage! From the Point swims Rob spread his rods from one end of the lake to the other. By fishing small traps over a light spread of baits, he kept the fish moving and searching for them. Spots were topped up after each capture and he got through about 8kg of boilies for the week. That’s not a lot for 15 fish!

Rig wise, Rob has total faith in the Beausoleil rig and fished either single 24mm Nutty Banoffee or a snowman with matching cork ball popup. Rob pays a great deal of attention to all aspects of his fishing and hooks are carefully sharpened every time.

Rob finished the week with 15 fish in total which is the highest score by an individual angler this year, oh and 3 new PB’s… bloody well done mate, well deserved, well angled!

See all of Rob and Simon’s captures here

For the last few years Rob and Simon have used Gardner GT-HD in 18lbs. They have never suffered any mainline failures but have not really been focused on the cats. I ran it through some bucket lift tests and quite frankly it was shocking! Using a 4 turn blood knot it got to less than 10lbs, same with the 5 turn double grinner. The Palomar was the best knot but I really struggled to make it pass my 20lbs lift test. It also has horrendous memory issues. Rob is very meticulous and was binning yards of the stuff after every fish due to the kinks and curls it takes on.

Rob decided to re-spool with the Big Game but he was concerned that this 0.48mm dia. line would be a pain to fish with (oh, and catch him less fish). Well, nothing could have been further from the truth. He loved the stuff! However Sod’s law has a role to play here as he did lose two cats on the Big Game, both were massive and both cut him off on the end of the island. After seeing Simon bank multiple big cats all on the Big Game, Rob did think he could have applied even more pressure during the fight but hindsight is always 20×20.

“Every time I come here, my fishing improves”

By Wednesday Rob was forging ahead with 7 carp to 38lbs while Simon was trailing with just the two carp. Although Simon takes his carp fishing seriously, he considers catching to be a bonus, being at one with nature is everything.

With a couple of carp under his belt Simon was ready for the ultimate challenge with our catfish. His initial tight and light baiting strategy had tricked a couple of carp which is cool but not catty enough so I suggested filling the hopper of the Anatec with pellets and then just placing a catfish rig mounted with one of our Shrimp & Cray nuggets on top with some whole and crushed baits. Simples!

The switch in baiting strategy worked a charm and driving a Beausoleil rig out to an open water spot at this time of year almost guarantees a run from a big catfish. Using this simple but deadly tactic Simon banked three massive cats of 88lbs, 93lbs, and 98lbs (new PB), all on the Big Game. Simon kept a clean sheet all week with no losses… get in boy! It was great work and great team work too. Simon also had 4 carp to 36lbs and had his best session ever at the venue. Really nice work!

Great laughs, great stories, great catch report, what a week! Thanks guys for re-booking for next year. We are already looking forward to it as we know you are too!

Very mixed. Started hot for a couple of days and then heavy rain on and off.

Yet again Matt and Ren were superb hosts. They go beyond the extra mile that you would expect from any other venue. Matt’s advice as always was spot on. Ignore it at your peril! Still amazed by their genuine passion for this outstanding venue.
Share this - 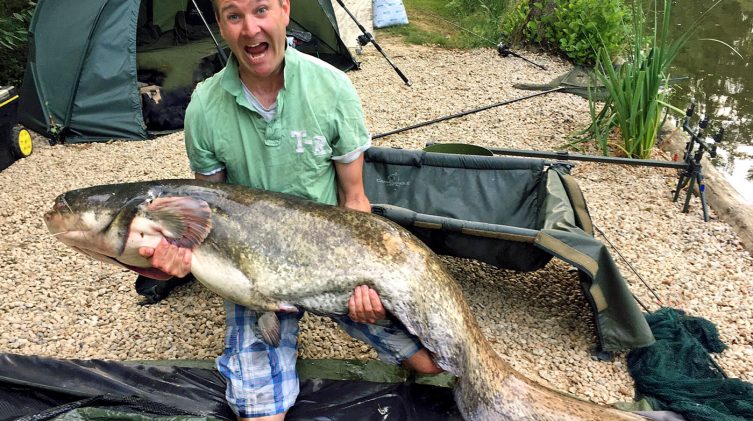 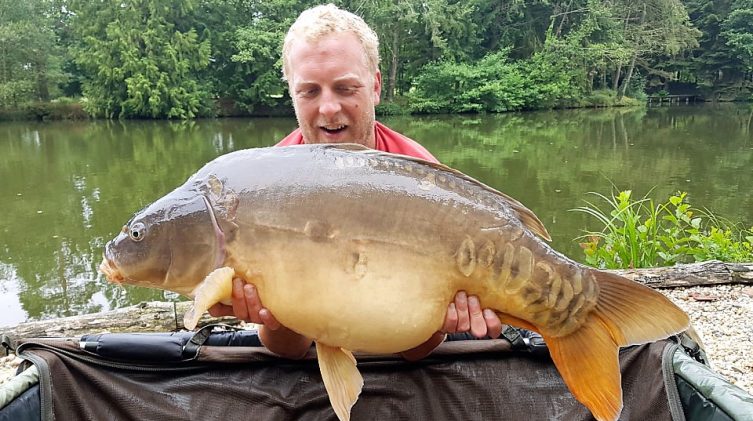