This week Ren and I were back on the banks of Beausoleil enjoying our end of year fishing session. I’ve fished right through most of the winter for the last 5 years and I’ve never experienced such mild conditions. We had temperatures of 20 degrees some days! With temps up the fish were still very active on naturals and crashed heavily most nights. Bites can be hard won in such conditions but they are still there to be had. During my last session in October, it was clear that the carp were out in open water feeding in the silt on naturals. This session was completely different. There was little or no sign of carp feeding in the silt and most activity came from carp smashing into daphnia at night. On some waters zigs can work wonders at this time of year but as they are banned at Beausoleil it’s not an option for me or our visitors. My first bite came after 24hrs when I spooked a carp from underneath the fir tree in front of point ‘B’ that was relaxing while I was out in the boat. It was only the faintest low frequency wobble on the water but easily distinguishable from the wake of the boat. I’d normally use my Anatec bait boat to slide a rig discreetly underneath but it was locked away in a cupboard and I didn’t have the key with me! Next to the fir tree is a 1.5m strip of island margin that is free from trees and with a good low trajectory cast, it’s possible to land a lead on the island, clip on a rig and spoon it under the tree (old school tactics still have a part to play in my carping!). I fluffed the first cast and the lead bounced back on the water but on my 2nd attempt it landed perfectly and three hours later I was into my first carp; an absolute stunner of a mirror named Audrey at 29lbs (a new top weight). Later that evening the same rod was away again and I knew that I was in with a chance of stringing a few bites together. 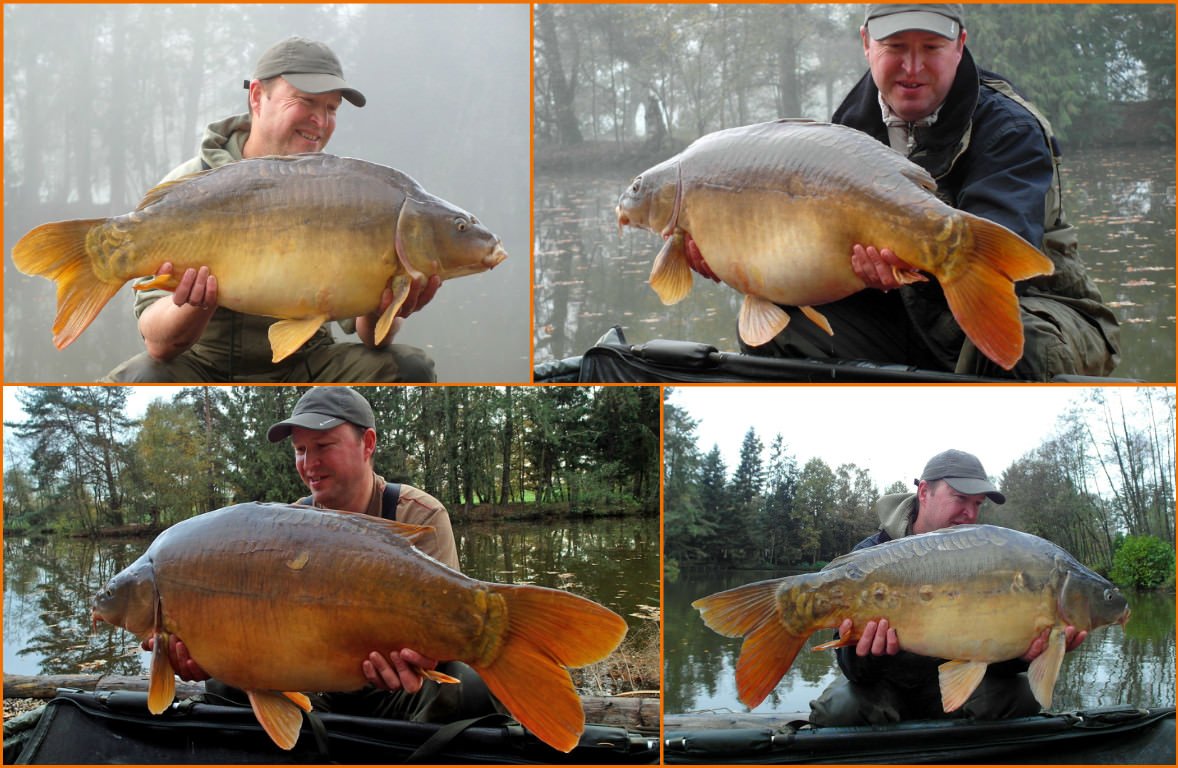 Like the previous session, the objective was to get some more bait into them before the temperatures drop and the carp shut down for the winter. After our final guests of 2015 had departed, I baited multiple spots very heavily and so I was delighted that despite this abundance of free food the carp were still willing to play rig roulette. I’ve come up with a new method of testing spots for signs of uneaten bait and I concluded that basically they’d had the lot in about 4 days and I’m talking a lot of bait! With two fish under my belt, is was time to start letting them have it again. I kept the bait going into areas that I wasn’t actually fishing to build their confidence but still managed to average a bite per night for the remainder of the session. After the disruption of back to back nettings for the previous two years it feels great to know that the carp are now on a proper winter feeding program and we look forward to seeing the results of the program come the spring. Most bites came from the fir tree spot from bait boat traps of ten whole and ten crushed baits. I also included a simple PVA stick of crumb and micro pellet. Every couple of days, I spread 50 baits into and around the fir tree just to mix things up a bit. I did have one bite from open water that turned out to be Sammy. Another came from the aerator and another from a deep silt hole down the shallow end.

Also on test this week are two new baits that will be available for purchase in 2016. One is a nut based mix and the other is a premium quality fish meal bait. The baits are at the final development stage and the mixes will be finalised over the winter. It is our aim to offer customers the very finest handmade bait which exceeds the quality of what is normally available commercially. All fish were caught on the new mixes and I look forward to sharing more news and information over the winter.

Point 'B' was top swim with 20 bait traps placed underneath the fir tree. Our new Beausoleil fishmeal and nut baits accounted for all fish.

Very mild up to 20 degrees C, a little rain, high pressure of 1030mb for most of the session.

A very pleasant session with a steady stream of bites throughout. Moving traps around and fishing away from heavily baited spots was key. The new baits look very promising and I look forward to testing the next iteration.
Share this - 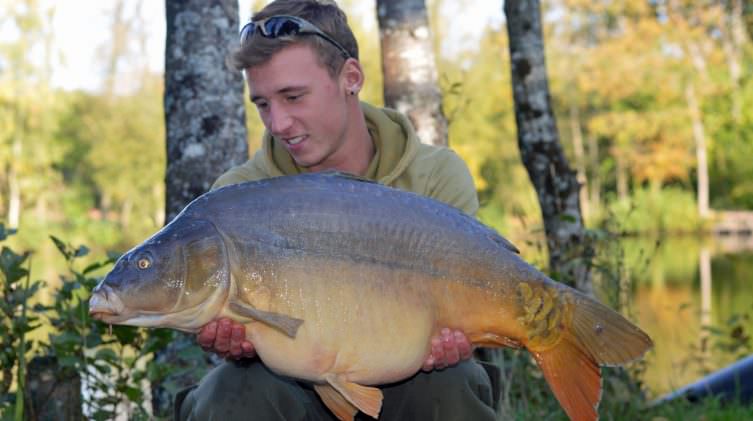 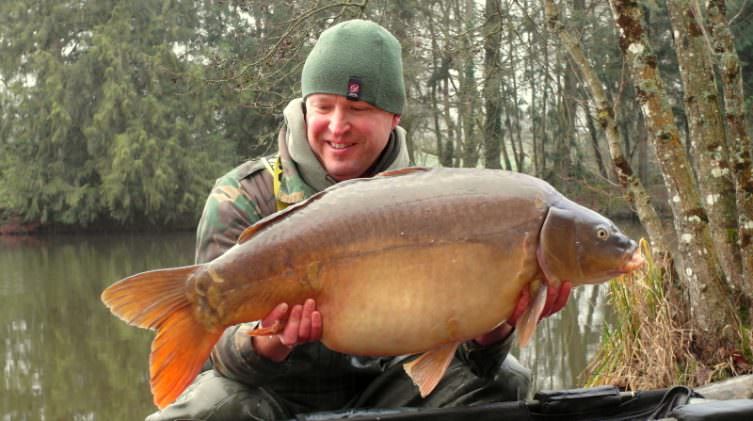