Crack team of French carping veterans have a blinding session with four cats over 80lbs and 4 x 30’s!

This week we had the absolute pleasure of welcoming a group that has been making an annual carp fishing pilgrimage to France for the last 11 years. Our customers are always full of stories but these guys certainly have a tale or two to tell! During the lake tour, we saw loads of carp in the shallows which is common at this time of year. That certainly got their attention! Despite saying that they weren’t going to fish Saturday night, temptation got the better of Mike and he was first in with a 79lb cat. Not a bad way to start! He followed that with a 33lb mirror and that pretty much set the tone for the session… it was going to be a good week!

As always the guys had waited a long time for this holiday to come round and Jason in particular was as excited as a small child when he banked a massive new PB catfish of 97lbs and backed that up with an 82lber just for good measure. Jason had a great session actually and scooped the pot for best cat and best carp with a nice 34lbs 8oz specimen.

Kevin takes a fairly relaxed approach to his carp fishing but is still happy to learn new skills, if they help put more carp on the bank, so I spent a pleasant half hour going through my hook sharpening technique with him. In the end he banked three very nice carp to 32lbs. I didn’t get much time to talk fishing with Alan which is a shame as he’s probably the most experienced angler of the group. Alan took on the role of head breakfast chef and was always busy in the kitchen cooking up foot long sausage egg and bacon rolls for the lads. Alan didn’t fancy tangling with one of the cats which is fair enough as they can be quite a handful so he concentrated his efforts down the shallow end. He had a very nice little session on the quiet with four carp. He was particularly proud of his capture of one of our new carp Galaxy at 32lbs 8oz. He got the pick up from the bridge end of the island and sat diligently by the rod in case it went. It is a risky end of the island to fish but he knew the risks so when the alarm let out a short flurry of beeps he didn’t hesitate to strike and was able to steer the carp away from danger safely. Good angling! Alan also get my award for the world’s cleanest and most organised bivvy… it was immaculate!

As per usual during my mid week visit I ended up talking rigs which is an endless source of fascination for most carp anglers and rightly so! Mike was interested in the supple D-Rig that Lenny showed me earlier in the year so I knocked him one up quickly from the materials he had to hand. IQ2 in 15lb was the closest thing he had to the 20lb mono. It’s not a material I know to be honest. The rig worked great and Mike got a pick up quite quickly. Unfortunately it was from a cat and the thin material didn’t survive the battle. Mike did go on to make himself another version of the rig using a better material though and banked a 91lb cat and an upper 20. This just goes to show how effective and universal it is so if it’s something that you’re interested in trying then just ask. All the lads had a great holiday and even told us that they regretted that it’s taken them this long to discover our little piece of magic. To paraphrase Arnold, Mike very kindly assured us, “I’ll be back!” It was been an absolute pleasure to welcome you and we are delighted that you love the place as much as we do!

All swims produced well during our week. Matt’s homemade boilies worked well as well. An excellent week had by all, thank you!

Lovely weather to start, overcast and rain to finish.

It’s been a fantastic week. The lake and accommodation are excellent and we couldn’t have asked for anything better from a France trip. The five of us found Matt and Ren very approachable and so easy to talk to. It’s been an absolute pleasure to fish your lake this week. Thank you! Jason XX, Mike XX, Alan XX, Kevin XX & Liam XX
Share this - 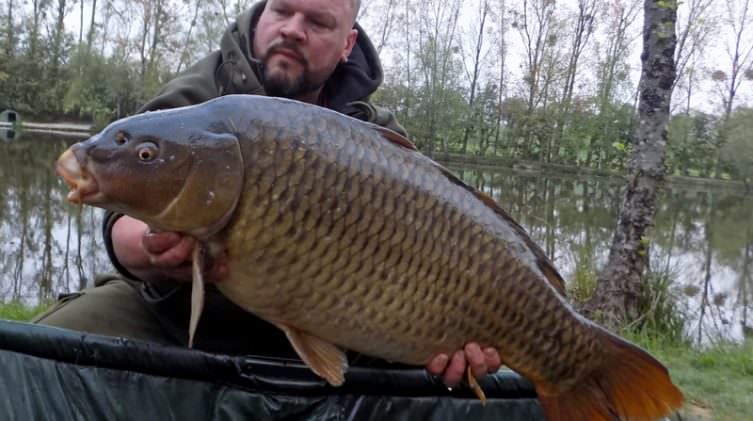 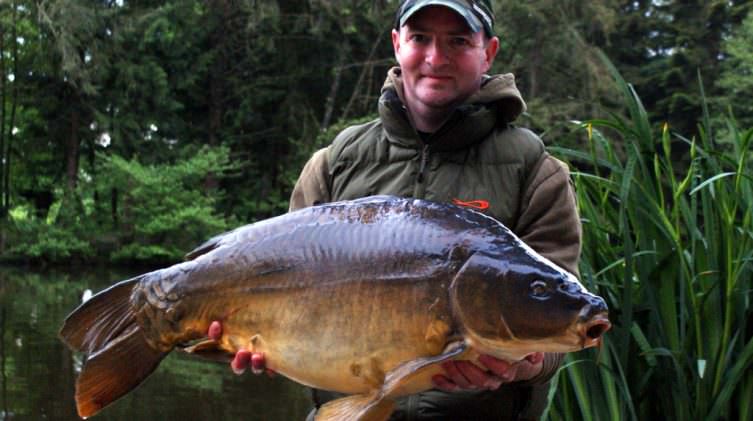