Hot, hot, hot this week again but the boys still banked cats to 90lbs and carp to 34lbs!

This week we welcomed a great group of West Country lads to the venue for the first time. Having booked some 18 months ago, it seemed like forever until the trip came around but when it did, it was worth the wait! The guys loved the place and the amazing amount of options that it offers to the thinking angler.

A steady trickle of takes

The week started with a bang with a 90lb catfish for Jimmer and a nice 31lb mirror for Dave. The guys then spent plenty of hours in the boat searching for those all important magic spots. 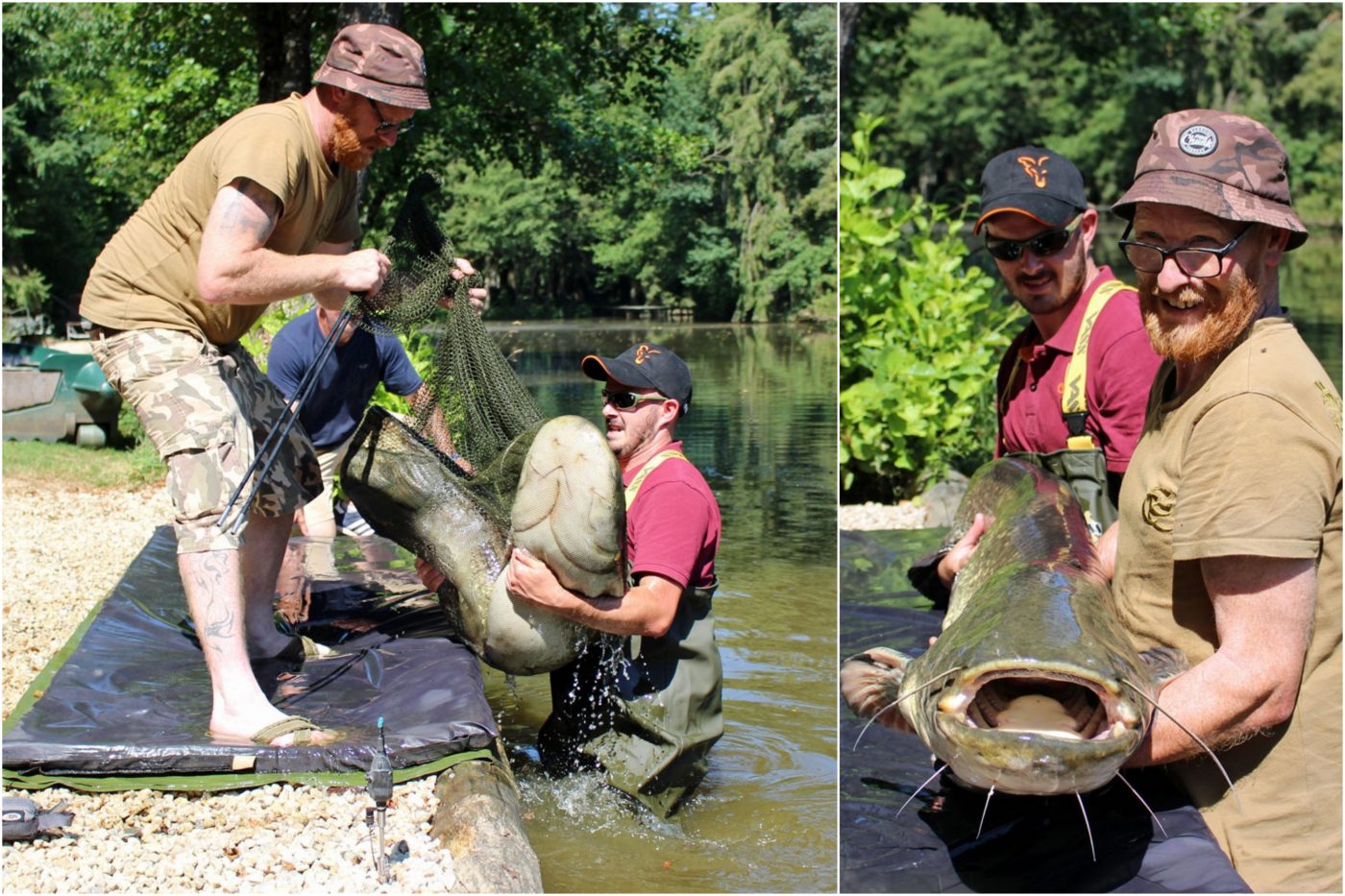 Most rigs were carefully dropped by hand with plenty of boilies and pellets over the top of each rig. Jimmer found some lovely clean sandy holes along the margins and these did most of his bites. 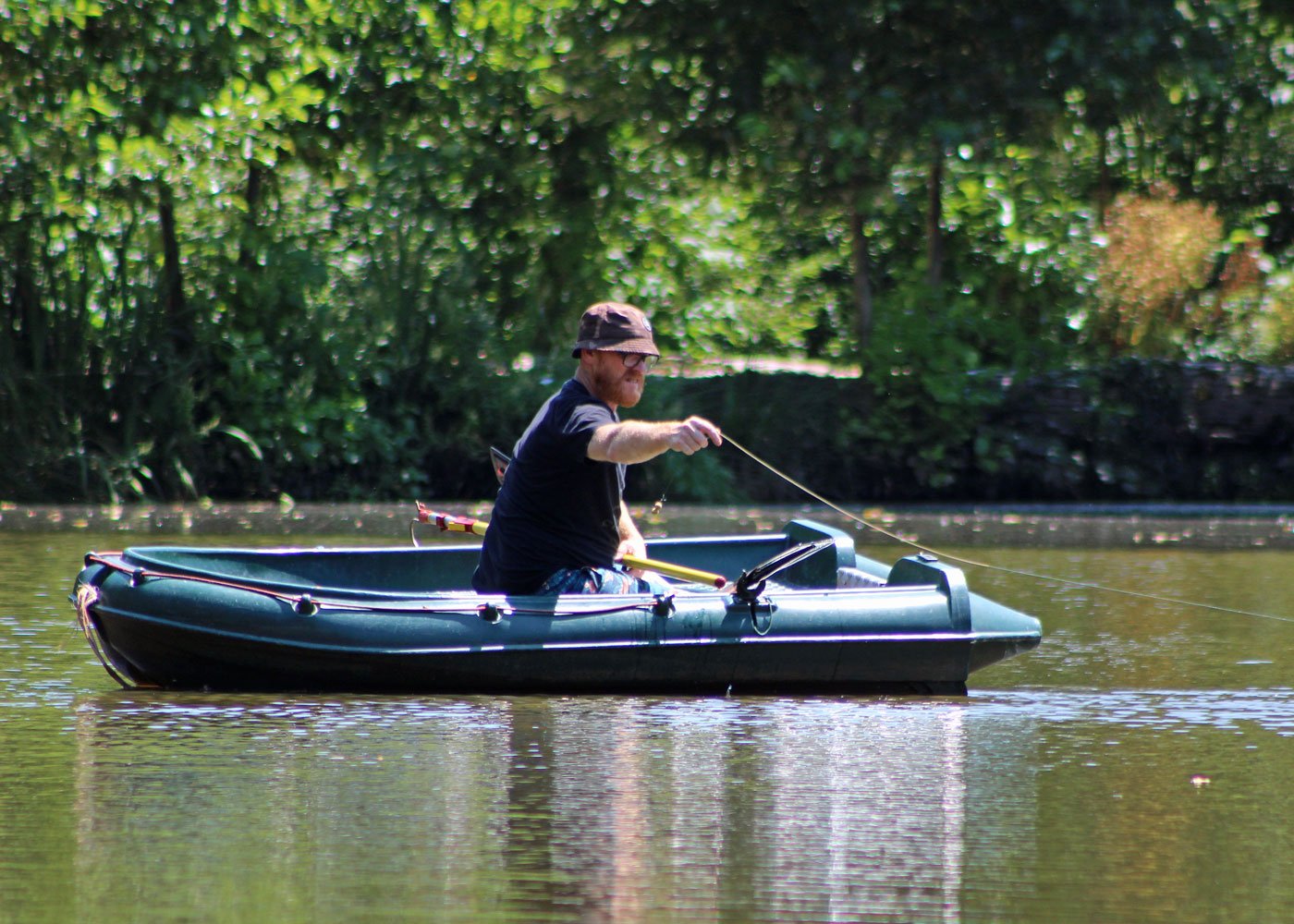 Where possible Bob preferred to cast to his marks but used the boat to bait up. I saw Bob make some incredible casts, within inches of the overhanging branches. Fair play, if you can do that routinely then good for you!

See all this week’s captures here.

The guys stayed focused on their tactics throughout the week and kept pellets and boilies going in steadily. This kept the runs coming. The bites can be harder to find at this time of year with more naturals in the water and if you don’t keep the bait going in they’ll switch to naturals and can be hard to switch back. 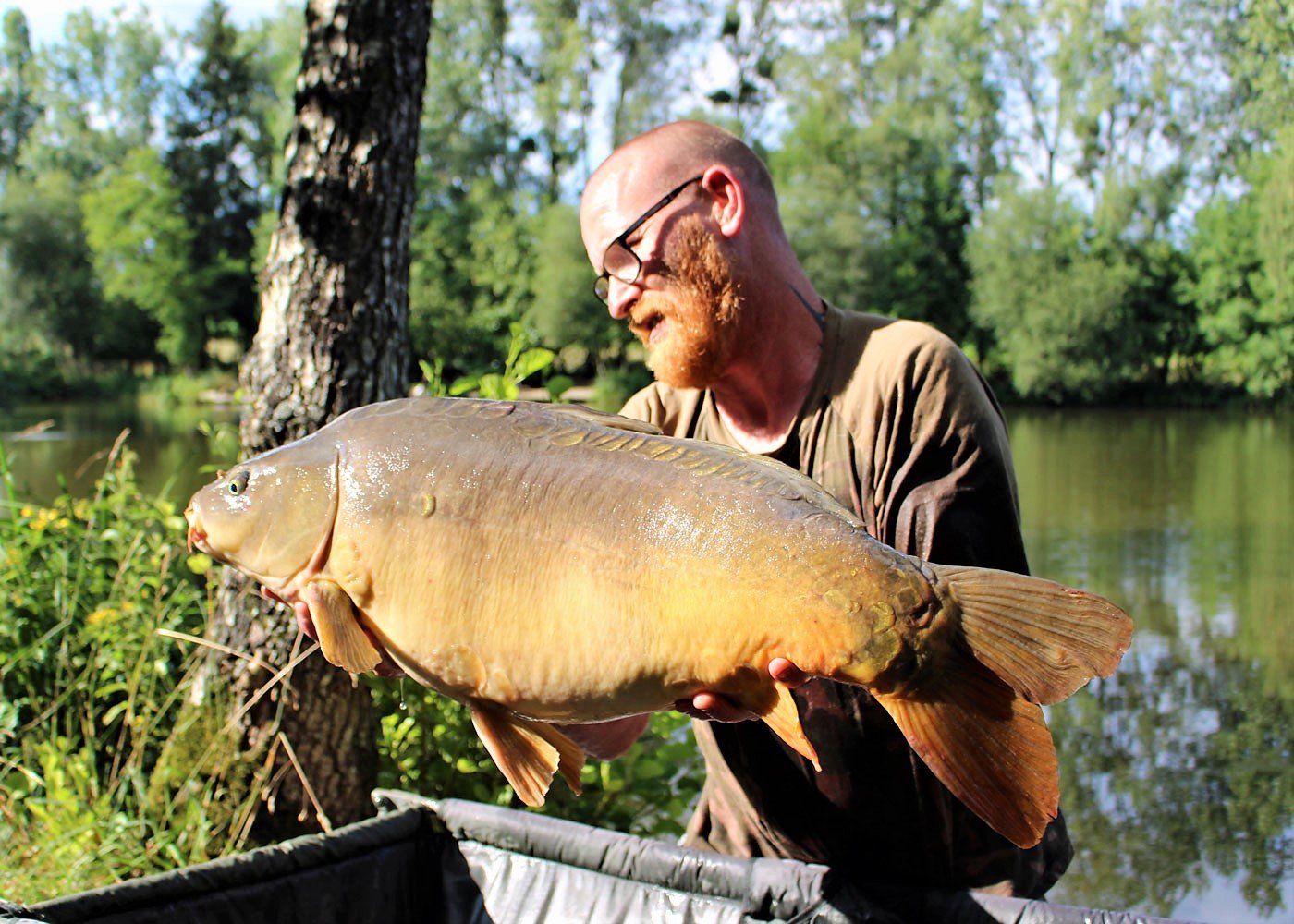 Not to be left out of the action, Dave banked a couple of nice low 30’s. Dave doesn’t tie his own rigs so put his faith in ours. They didn’t let him down and he loved his week in Island point. 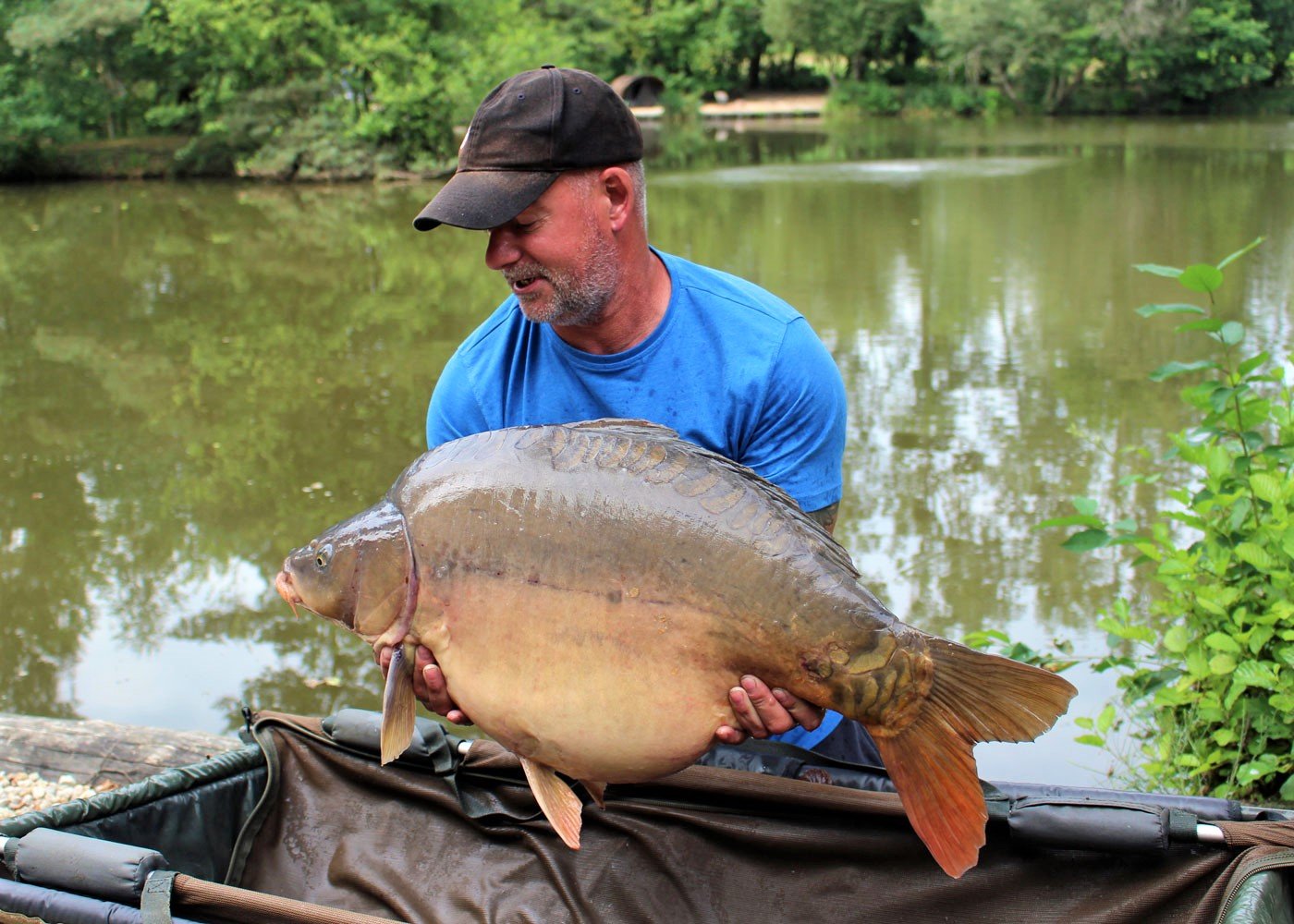 Joe’s a very experienced angler but despite his diligent research on the venue, nothing prepared him for the unbridled power of our catfish! As many of you guys know, we upped our minimum hook length strength to 35lbs this year. Joe had followed this rule and bought some 35lbs Kryston Supernova. After 30 minutes of battling, his hook link was shredded. The best hooklink we’ve found so far is the one we sell (which is way stronger than 35lbs) but still it doesn’t have a clean sheet with one failure this year. Obviously Joe was gutted as he really wanted a massive catfish but he did get one of 59lbs (PB) as a taster and a couple of carp. 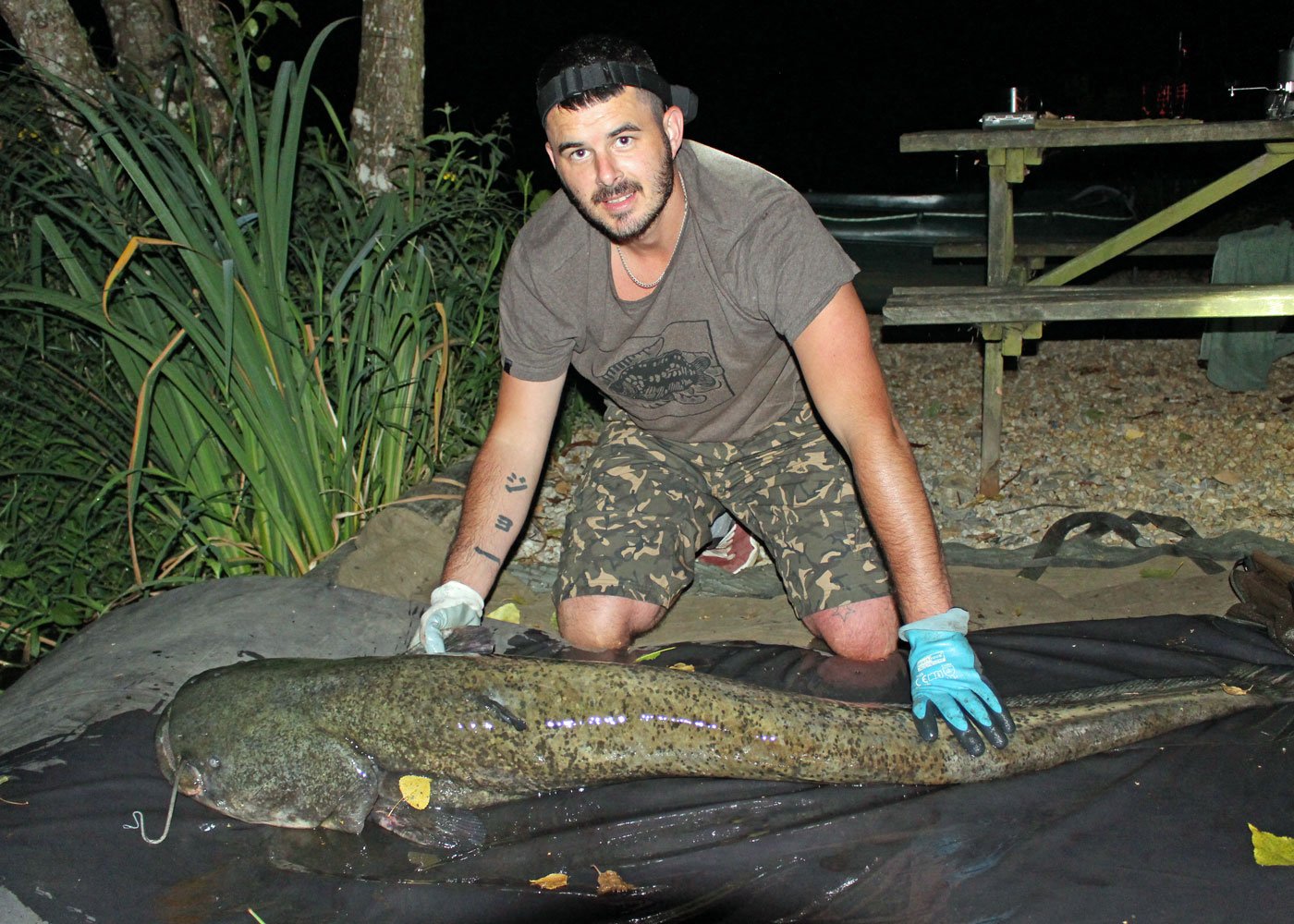 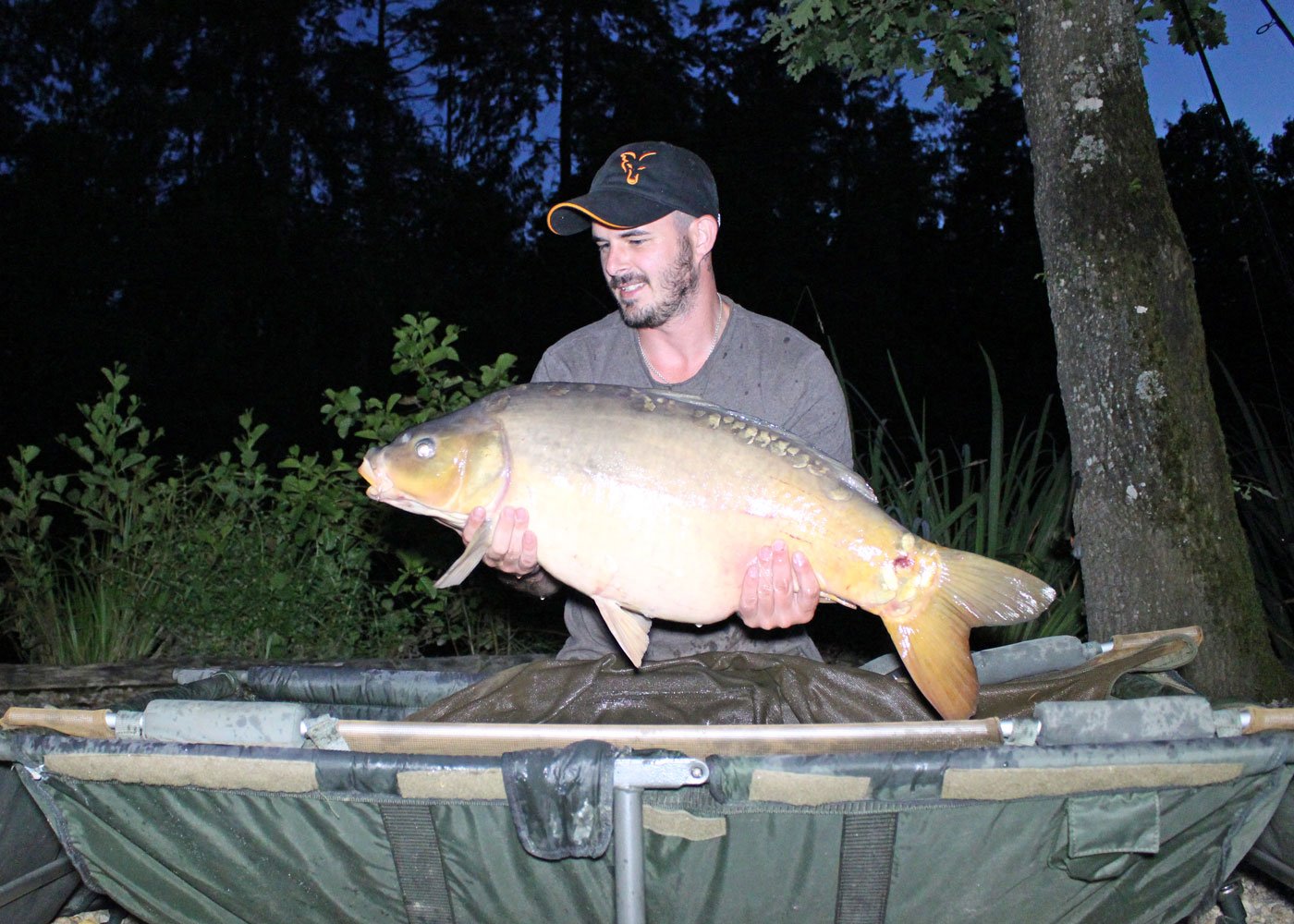 Bob’s a French fishing veteran with some massive carp to his name but there wasn’t much he could do about the catfish he hooked underneath the Point B fir tree that went hard for the end of the island. It’s not often you see a grown man literally dragged across the gravel by a fish! Bob went all in and clamped down hard until something broke… something did, his 25lb Big Game mainline. Afterwards we tested one of Bob’s knots and it passed no problem. Underestimate the insane power of these fish at your peril! 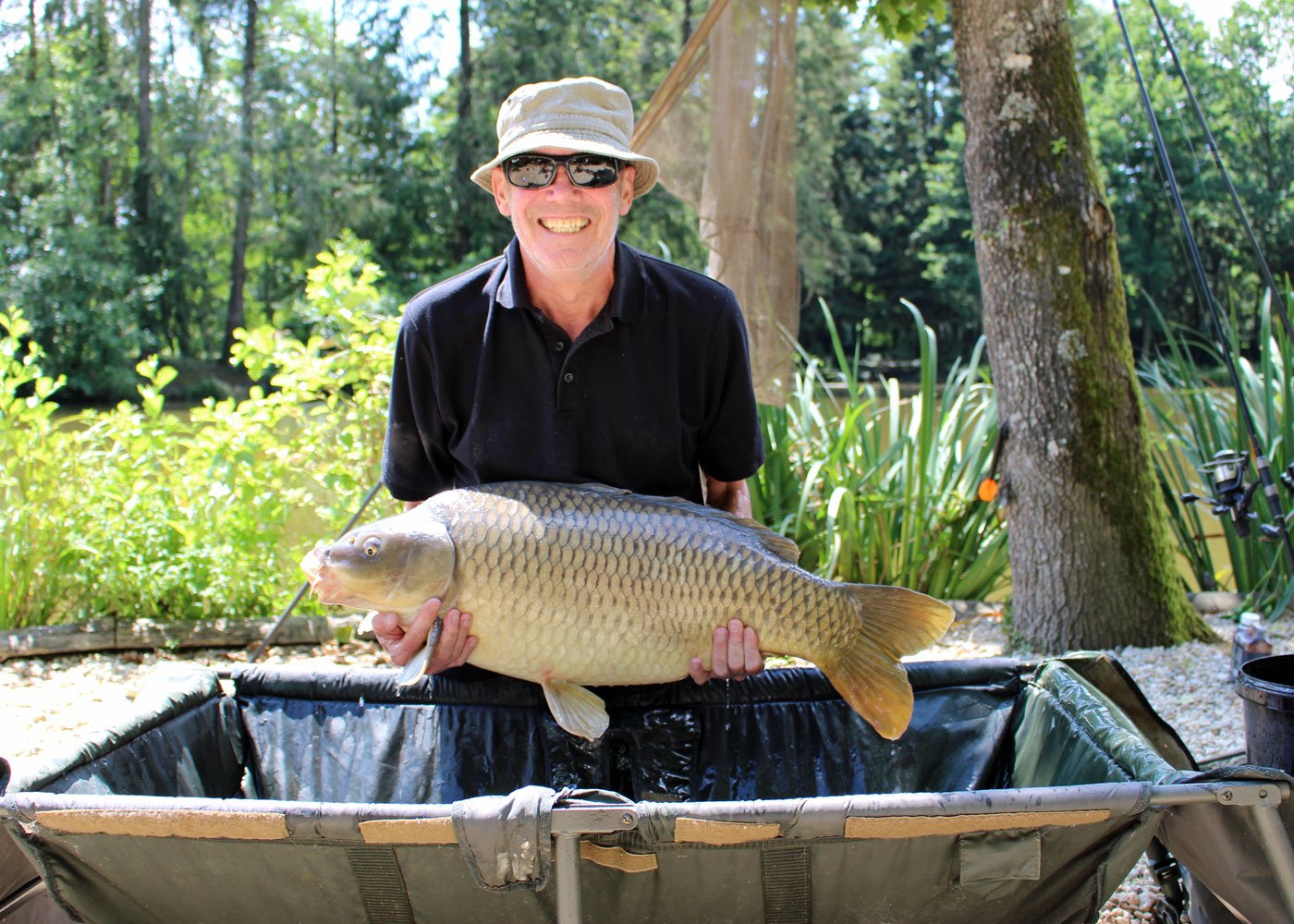 Joe was having a tough start to his session with four losses. The first three I would put down to hook sharpness and a loose clutch. The venue is brutal on hook points and I would advise that you re-sharpen every cast or change your hook every cast. It’s the only way to avoid such problems. Bob and Jimmer were changing hooks every day and always gave the point a quick hone before they go out just to make sure. 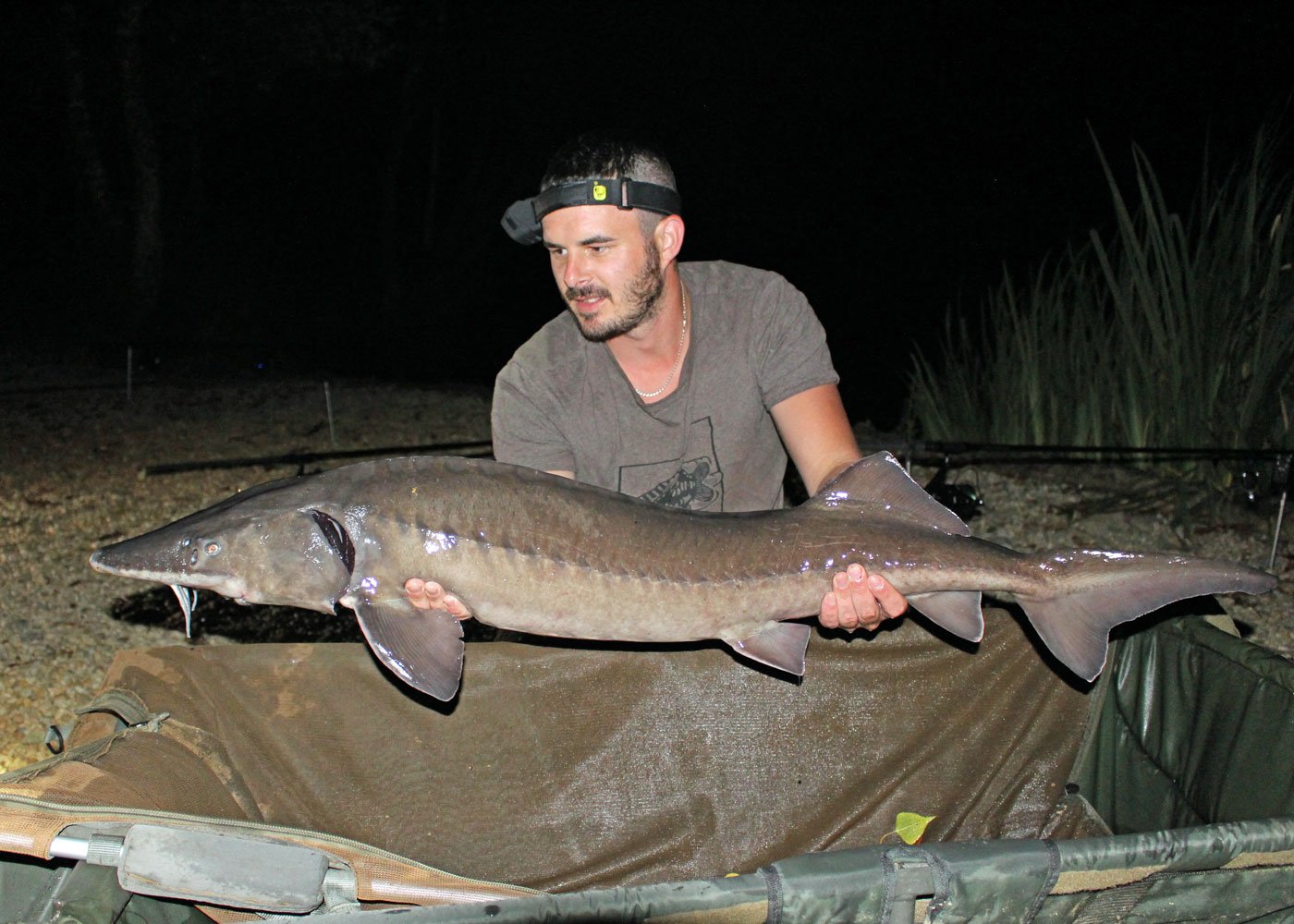 What we’ve been waiting for (for some time) was for the same angler to catch two sturgeon of different weights. Not only that, but armed with the knowledge that the smaller sturgeon has a small scratch on its head, we can now finally settle the debate: we do have big a Sammy and little Sammy! Big thanks to Jimmer for cracking the code on this one and for his due diligence in weighing and identifying two different fish (that look nearly identical!). 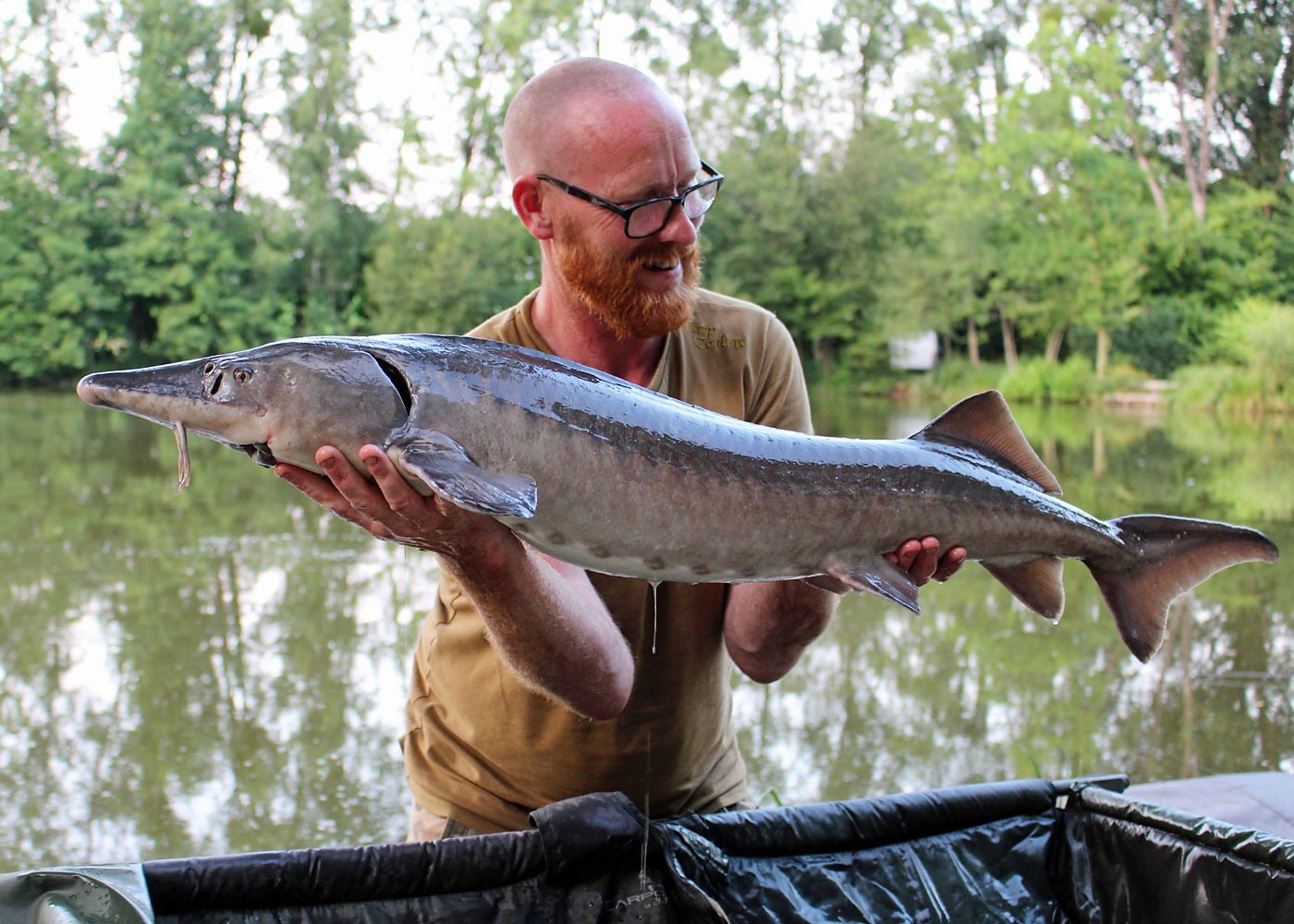 Ending on a high

Top rod this week was Jimmer with the best cat and the best sturgeon. Not content to rest on his laurels, just before winding in, he banked the biggest mirror of the week as well at 34lb… go on son!

We’d like to say a big thank you to Jimmer as he doesn’t normally weigh his fish, preferring to appreciate them without knowing the lbs and ounces. Weights are important to us as they help us track the fishes’ progress over the years. It was fabulous to meet an angler that is not weight obsessed and that enjoyed being there as much as catching a few.

It was a pleasure to meet you guys and and we look forward to seeing you back again to have another go at them! 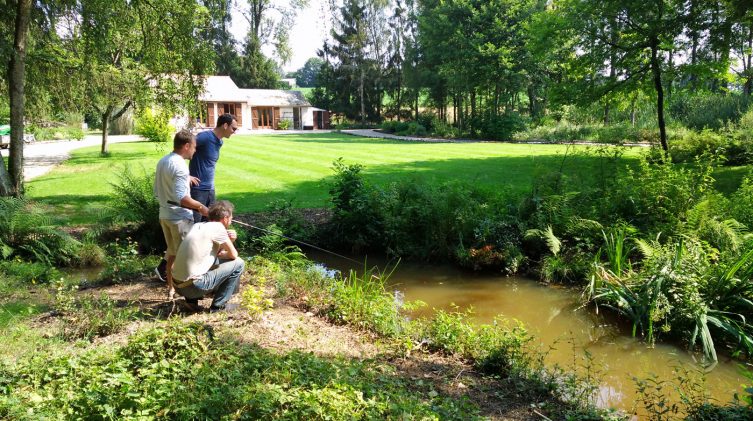