This week we had the pleasure of welcoming back a top group of anglers that last fished Beausoleil in 2014. They arrived in torrential conditions but the lake level quickly returned to normal and within a few hours everyone was safely installed in the swims. Barry, Paul, and Garry loved the changes we’d made since their last visit. For Paul’s son Josh, it was his first trip to France which is always exciting. New member Eric hadn’t been to us before but he’d fished a few times in France.

With the unexpected weather conditions, we agreed it would be best if I stayed over and kept a close eye on the lake for a few days. On the first night, Paul and Josh managed to get three rods out of Catfish Corner but no runs came. The rest of the guys took it easy and after a decent meal and a few beers we all retired for the evening.

On Sunday morning, I was in Home swim chatting to Eric who needed a little help with his setup. The results came in later as he banked the first carp of 31lbs 8oz from the aerator bar. In fact Eric caught the first 3 carp when he followed it with a 37lb 8oz mirror (Hyphen) and Earl Grey at 35lbs 8oz. With a drop in oxygen levels after the very heavy rain, the carp were happy to feed in front of the aerator and all runs came from his left hand rod. 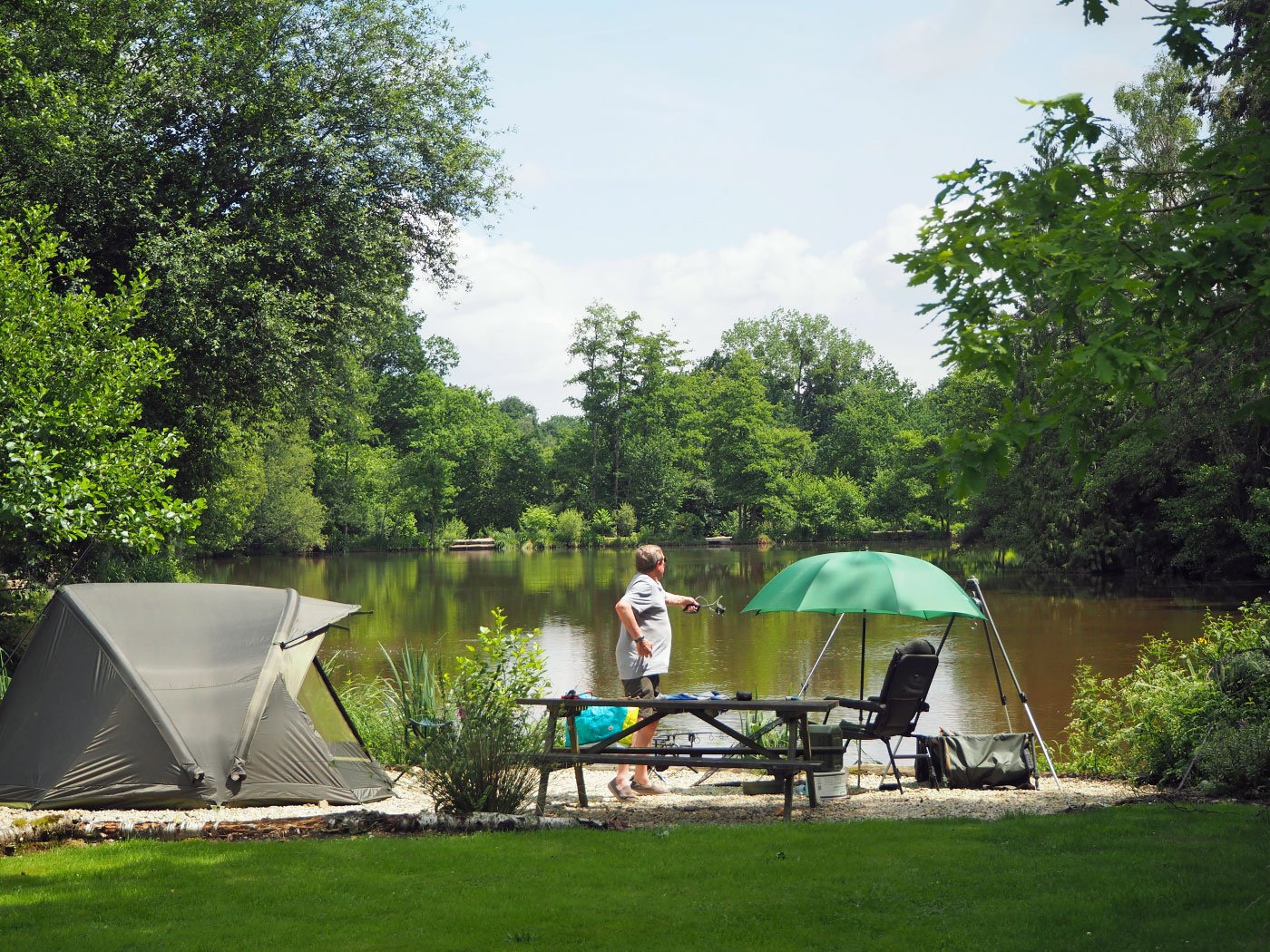 For the group, Barry is both ring master and chef. He takes care of organising the entire trip and cooks breakfast and dinner for everyone and man can he cook (there’s a bit of Italian in his blood mind so no great surprise!).

As a result, Barry always has the least number of rod hours and prep time for his own fishing but he takes extremely good care of his hook points! His turn came on Monday with a nice 30lbs mirror. He then followed that with a catfish of 55lbs, the sturgeon and another 34lb mirror later on in the week.

By Tuesday morning over in Catfish Corner, Paul and Josh hadn’t had a run so I suggested a move round to the Big Double as we’d seen signs of carp along the snake bank margin.

As everyone apart from Eric was scratching for bites at that point, I had an impromptu rig tying session to see if we could tip the scales in their favour. I decided to use some mono rigs that I’d knocked up for Eric as they were obviously working very well. Prep work done, if was time to put them to the test.

Without a bait boat, I rowed the rigs out to make sure they were on the money. 10 minutes later, they had their first run but didn’t connect. After another 10 minutes, Paul wound down and struck into a good carp… I love it when it happens like that! It was an excellent start for Paul when he banked Fan Tail at 34lbs.

To see all the fish from this session, check out our June fish gallery.

Later that day, another carefully placed snake bank rod started to twitch suspiciously. Unlike at many venues, the carp at Beausoleil don’t often run, they tend to sit over the rig, trying to eject it so they can continue to eat all the freebies (sneaky buggers our carp!)

Paul and I studied the line closely and it was clear that the line had lifted slightly, giving only a few beeps and the bobbin had raised but was not at the top. I knew where the line should be pointing as I’d dropped the rig, but when I saw it was 10 degrees off the spot, I suggested that Josh was in.

He stepped up to the rod, lifted it, wound down and struck into…… nothing. Surprised, I encouraged him to keep reeling and pumping and after a few goes the connection was made and the fish boiled on the surface over 30m away from the original spot!

This is something I see week in week out but it’s something you have to experience for yourself really. These carp are pretty damn smart! Once the carp knew the game was up he gave a superb account of himself stripping line with run after run. It was obviously a good fish and for Josh a whole new experience as his UK PB was 21lbs! Once we peeled back the net, a massive slab of a mirror appeared that looked near 40. In the end it was Cut Tail at 39lbs! What a start for Josh!

On Wednesday, Josh was into another cracking mirror of 35lbs 8oz, then the next morning he banked the one we’ve been waiting to see all year … Mr. Angry at a new top weight and a new lake record of 43lbs 13oz! First time out for this fish since June last year … 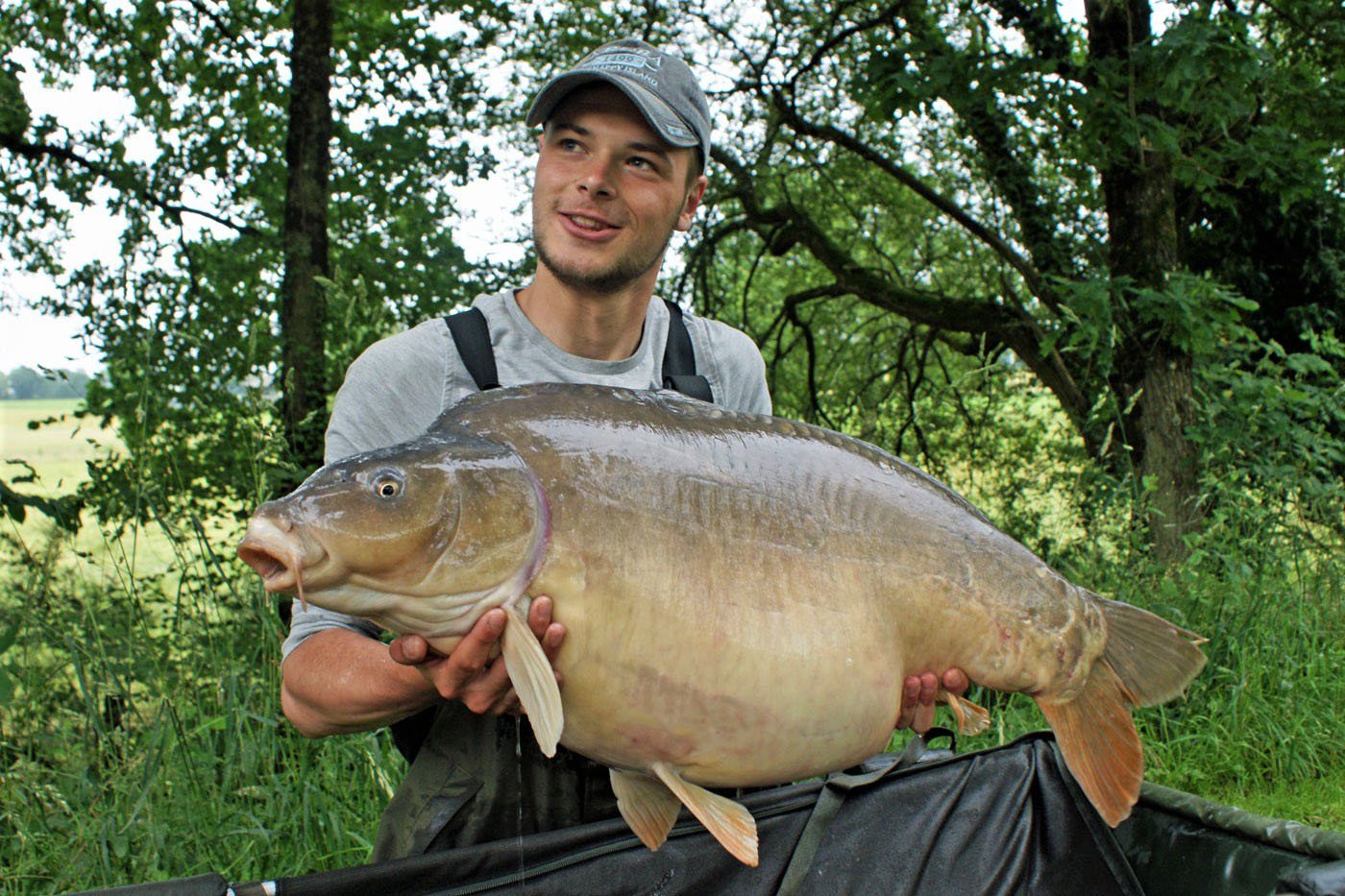 The killer combination of our rigs and bait yet again proved deadly. Great work mate! With confidence levels at a new all time high and hooks hand sharpened to the highest levels, Josh and Paul cleaned house for the rest of the week catching an incredible string of fish from the far margin including Nicky at 37lbs and the Big Apple at 35lbs. It was fabulous to watch and we’d like to thank them for the great photos they took of their carp. Bloody good work guys!

Garry gets his string pulled….. out the pod!

Garry was over in Island Point and had also been struggling during the early part of the week but armed with some of the new rigs, things started to look up when he banked “the sturgeon with the nick on the head” at 21lbs 8oz. He then went on to bank a 26lb carp and a 48lbs catfish.

On Thursday he had a rig off the end of Island point and despite being very close to his rod, it leapt off the pod straight in the lake! Garry was horrified and worried that a fish was now tethered to his gear. Despite valiant efforts from the guys, the rod was not recovered.

The lost rod meant a lot to Garry as it was a Rod Hutchinson Dream Maker that he’d bought second hand as a set of three some 20 years ago, and still in mint condition. I popped round on Friday determined to recover the rod. I don’t think anyone really believed I could but after 1.5hrs, the butt handle of his rod popped out from under the boat! It turned out that the clutch on his Daiwa was fully locked and not set to give any line. Garry is a very experienced and competent angler so it just goes to show even the best of us can get it wrong and our fish don’t take any prisoners! 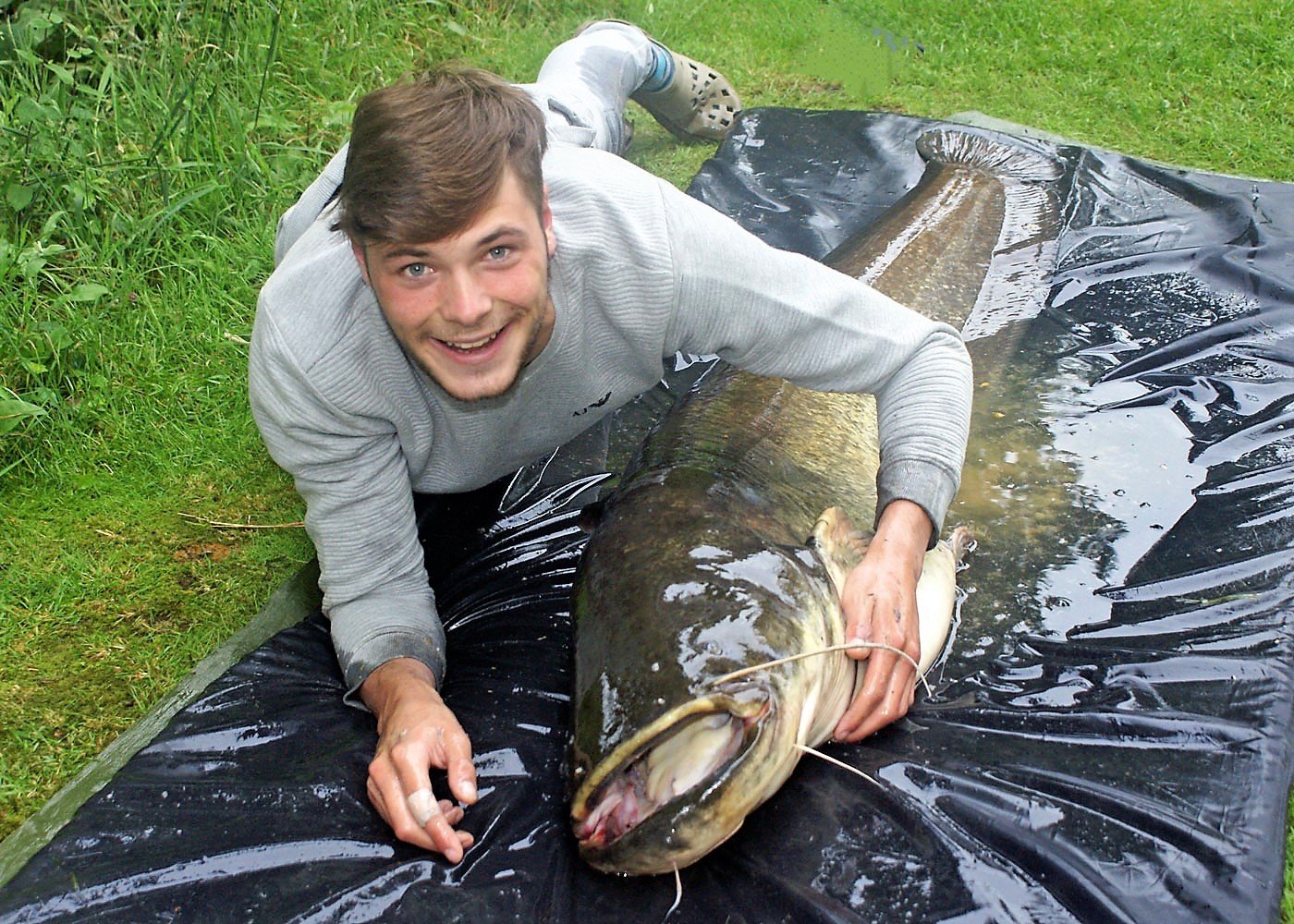 We understand that our catfish aren’t to everyone’s taste but they certainly add some serious spice to a fishing trip. Paul really wanted Josh to experience the insane amount of pulling power these creatures have and on Thursday Josh had his first taste with a 75lbs specimen. Now that’s already a big fish but it’s below average size for the venue! After that experience he was seriously impressed by how hard they pull but the week wasn’t over and on the final morning he connected with a proper monster and after an epic battle he banked a 92lb catfish… He was absolutely buzzing with this one!

All the guys were testing every knot using our simple 20lb bucket lift test and out of the 5 cats hooked, all were landed…. excellent work guys!

One hell of a week!

From arriving in flood conditions, through falling oxygen levels to banking a truck load of thirties and a new lake record, then losing and recovering a rod, then banking a massive catfish… we won’t forget this week in a hurry! As always it was great to share the highs and lows with a top bunch of anglers and I would like to thank them very much for making sure I had what I needed to keep going during the week, especially Barry who was an absolute star in the kitchen. It was a great pleasure to share some bank time with them and we very much look forward to seeing them again in the future.

All Beausoleil baits in various forms

Yes, but he would have to be a good friend and good angler

As expected from Matt and Ren, treated above and beyond the call of duty. I think Matt will fit with our group but might have to get rid of 1 member!!
Share this - 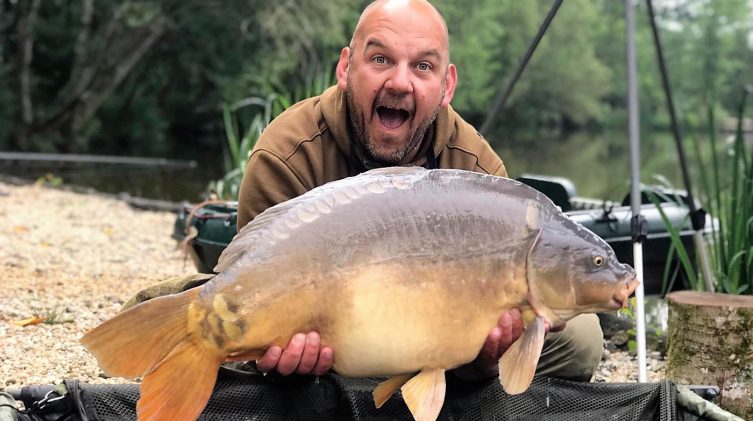 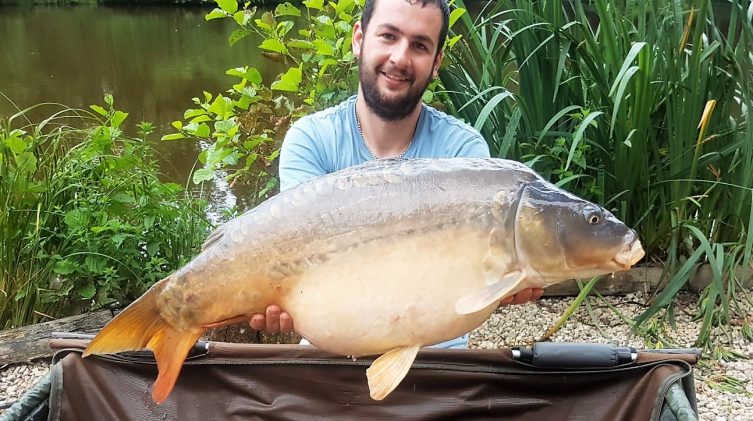