Bites were hard to come by with the carp feeding on naturals but small PVA traps worked their magic!

This week we got to enjoy the place by ourselves and had our own carp fishing holiday! It would be the first time in five years that we’ve been able to take our foot off the lake gas as far as lake development goes and we were both really looking forward to the week. Irène had decided that she wanted to sleep out with me this time and it was great to have a 2nd pair of hands for handling the carp we caught during the night. The guys the week before had not had an easy time and with the weather set for high pressure and cold winds from the north East set for the week I thought I’d struggle big style! As always my first task was to get setup and find some fish to fish to. Baiting strategy wise I went in light with 30 baits per rod and targeted known spots that were very close to where I’d seen some signs of life. We heard plenty of carp crash but no proper takes resulted. On Sunday morning I saw plenty of very fine streams of bubble coming from one of the softer areas of the lake and after leading about I managed to hook a very small blood worm. From this I deduced that they were feeding in the silt on naturals and they might respond to a small highly attractive trap of crumb and micro pellet boosted with liquids. Based on the level of carp activity I’d heard, I hit them with 6kg of boilies over various marks but chose to fish my traps off the bait in the softer areas. This produced a 26lb 8oz mirror and I was off the mark! 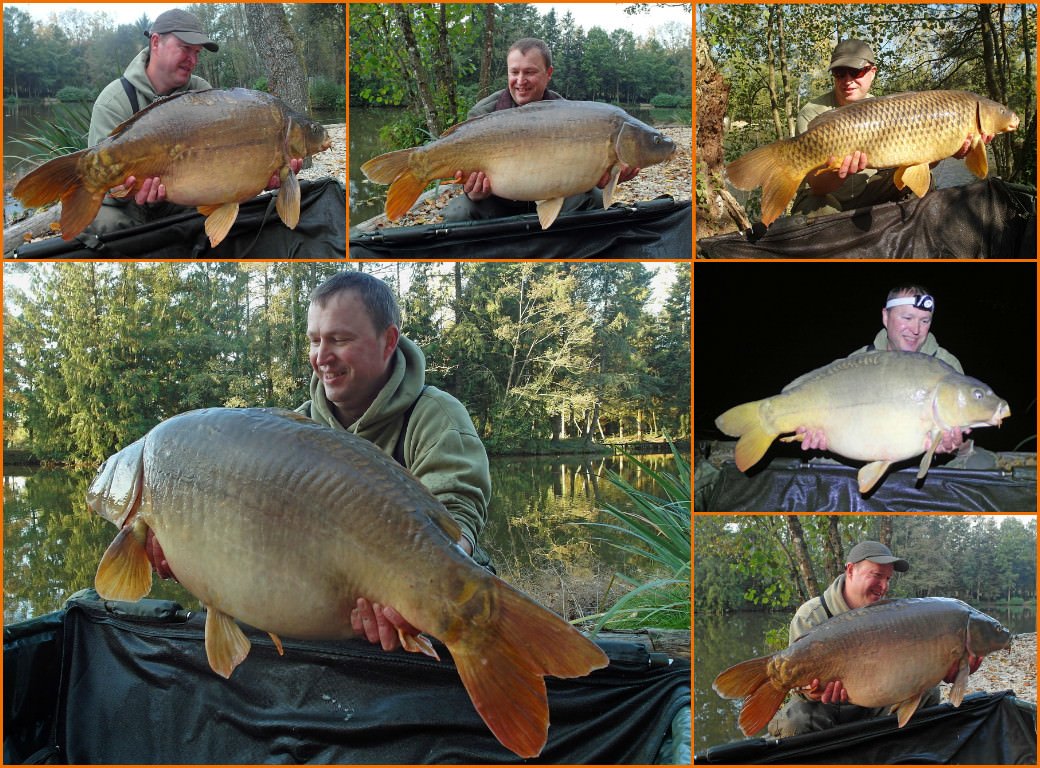 Next, after one of my many laps of the lake I saw multiple carp camped up very close to the island. I knew they knew I was there as they dropped deeper down the marginal shelf when I approached but I hoped that if I could get back quietly then I stood a chance. A rod, landing net, a chair and some water was all that was required and a mini bank stick to secure the net if I should manage a fish. This time I went for a PVA stick by crushing some bait boat mix and nicked it on the hand sharpened hook. Perfect for a quick bite! Creeping silently into position I feared that they’d already done the off as there was not a sign to be seen. Still it was a lovely warm afternoon and I had time to kill before re-setting for the night. 40 minutes later a big bow wave shot out from the island from where I’d lowered the bait tight to the edge and with the rod tip bouncing and line slicing through the water I knew I was in! The 23lb common looked as surprised as I was!

Following my stalking success I really went for it on the bait front as it was a good opportunity to get some quality food into them before the temperatures dropped. I decided to continue with my PVA sticks and simply cast one to each carp that stuck its nose out. Sometimes I’d have to wait 12 hours or more for my bite but each night one of the rods would rattle off. What was interesting is that after I stalked one out, the carp disappeared from the margins and as the temperature continued to drop the shows got later and later until well into dark. Each night we’d listen to the shows and make a mental note of where they were and I’d start making a plan for the next evening based on what we’d heard.

The plan continued to work until my tally was at 5 carp. I’d still got some bait left so I put the lot in. I knew that I’d kill it for at least 24 hrs but with 5 carp on the bank, blanking for the remaining few nights didn’t bother me. My last carp came some 60 hrs after baiting heavy from an area of firm/soft silt. I won’t tell you how many kilos of boilies I used as you’ll probably think that I’m either lying or mad, but trust me, even when the fishing appears hard, carp want to eat and can get through a tremendous quantity. The 35lb mirror I caught excreted a lot of my bait in the retaining sling and on the mat! With 6 carp banked and 3 x 30’s including some which rarely a rare visitors to the bank I was delighted with my session in these conditions.

Mild to fresh with high pressure and north easterly winds. Sunny all week, no rain.

October can be a tricky month as the carp have seen a lot of angling pressure. They want to eat, but they will do everything to avoid getting caught! My objective as always is one carp per night and with six takes in six nights and six carp banked it was very much job done! All the fish fought very well and looked stunning in their autumn colours. It was wonderful to be able to enjoy a proper week to ourselves without having to work!
Share this - 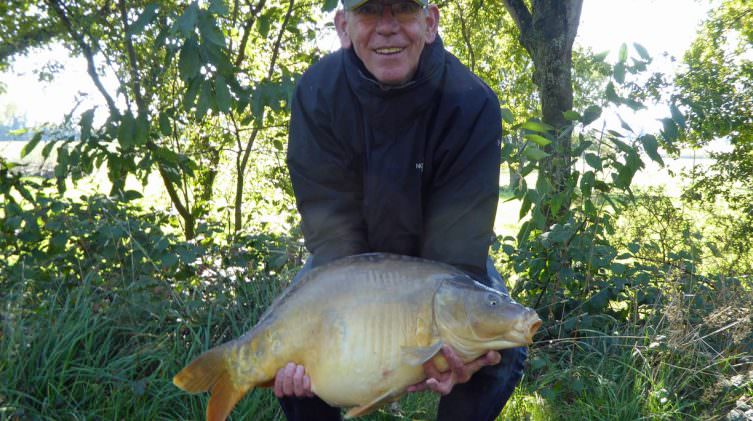 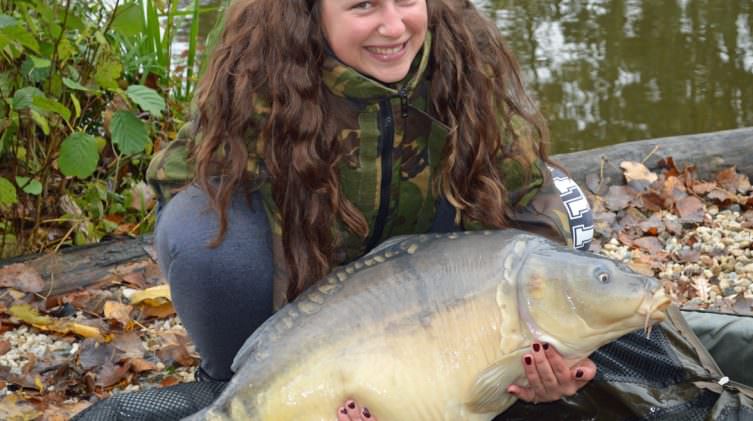