A great week’s fishing for these four angling friends with carp to 40lbs and 10 x 30’s!

This week we had the pleasure of welcoming a great group of anglers that grew up fishing the same waters as me in Gloucestershire. One of the guys, Jon, is a mate of my good friend Perm and so the guys  had a pretty good idea of what the place was like. On arrival, they were positively drooling at the prospect of getting the rods out so we wished them luck and left them to it.

Keith was off to a flying start with a fin perfect upper twenty on the first night. When I called round Monday that was the only fish banked but Jon had had a hook pull at the net when a carp dived hard and kissed another line. Not long after I’d arrived Jon connected with a carp along snake bank which turned out to be Charlie Brown, a popular fish among the regulars as it’s a bit of a character.

Nathan had been studying the venue for 2 years and when the opportunity arose to fish it, he initially turned the chance down as he believed it to be too much of a challenge. After a little persuasion and encouragement from the other guys, he did sign up and went into homework over drive to while away the 12 months wait for the session. After 48 hours, Nathan had been done quite spectacularly twice already with the carp picking up his rig and taking it walkies before ejecting it!

Click here to see all the carp caught this week.

Although Nathan had tried to re-create the Beausoleil inline lead setup, things had got lost in translation and it wasn’t behaving like it should so the fish were still able to use the weight of the lead to throw the hook out. The other problem was hooks. Nathan had gone with a few of my hand sharpened hooks on a variety of rigs to start with and his wife had bought him a hook sharpening kit but he hadn’t had the chance to put it into practice. So we made some tweaks and properly christened the new kit.

Meanwhile in the Big Double, Jon was in again and banked the Big Apple at 34lbs 5oz, once again looking fabulous! It’s rare for me to see one carp on the bank during my mid week visits….. Two from the same angler, now that is special. Well I thought it was until while having a chat with Keith, Jon was in yet again! This time it was Gerard at 32lbs 11oz. Gerard is very solidly built and post spawning he was looking a little rough from his exertions. It was great to see he’d recovered really well with just one mark left that needed treatment.

I then thought that three carp in a day was pretty impressive until Jon went one better and had Mr. Angry at 40lbs and a new PB! Wowsers this boy really can catch them!

Jon is a fellow devotee of hook sharpening and coupled with a well thought out rig it’s a devastating combination. All the carp on that day fell for the stiff hinge rig and were clinically nailed in the bottom lip 15 -20mm back. Textbook stuff really! Jon had also got his baiting strategy spot on and sailed that perfect line of not too much and not too little. Jon continued to pick up carp most days but the action for him died away towards the tail end of the week. He was still top rod for the week though! Great angling mate, it was a pleasure to watch your work.

Nathan had to wait until Wednesday for the carp to return to his margin but once they did, he now had the tools to catch them. His first carp was Galaxy at 32lbs 5oz, next was a stunning mid twenty common, then Earl Grey at 31lbs and then The Little Football at 28lbs.

It was great angling from Nathan, his watercraft skills were already excellent but just a few tweaks turned his session from a tough one into a very successful one! Well done for having the courage to come to a harder venue than he was used to, secondly for doing his homework and thirdly for applying a few tricks which make all the difference. Great work mate, really pleased for you.

Over on the other side, Keith and Steve were going along nicely. Steve banked the Duchess at just over 30lbs and then had Scalpel at 35lbs 10oz. Not bad for a guy that hardly fishes for carp! Steve is very much an all round angler with offshore Big Game experience as well as plenty of course fishing time under his belt. Keith and Steve did a great job of working the Island margin in front of them. Although they hadn’t done much rowing boat work on other waters, they really appreciated how important accuracy is at Beausoleil.

It’s easy to over pressurise a feature that’s doing a few bites but they resisted the temptation to put more than one rod each along the margin and that showed in their results as they picked up a bite between them on most days. Keith added Magnum and Domino, both at just over 30lbs to his first upper twenty common. Super work guys, you weren’t in the prime swim this week but you made the very best of the chances that you had.

The lads did have a little go for the cats but the weather really wasn’t with them this time. They fancy returning in the summer 2019 for a proper crack at them as they take Beausoleil to a whole new level of crazy!

It was an absolute please to meet the guys and congrats to all of them for making the most of all the opportunities that came along.

Gite a godsend, especially during bad weather
Share this - 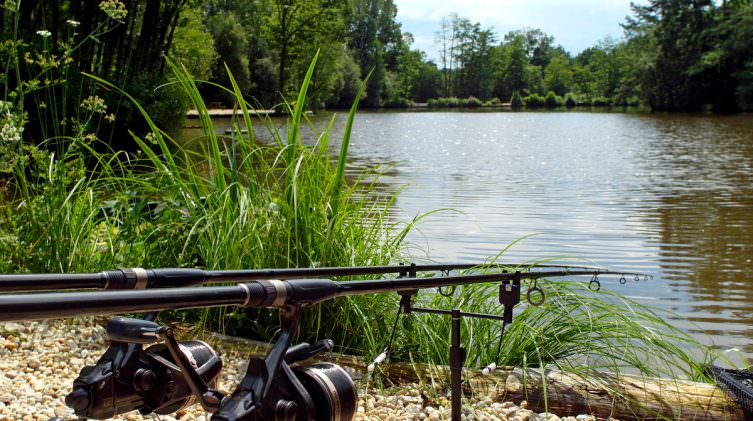 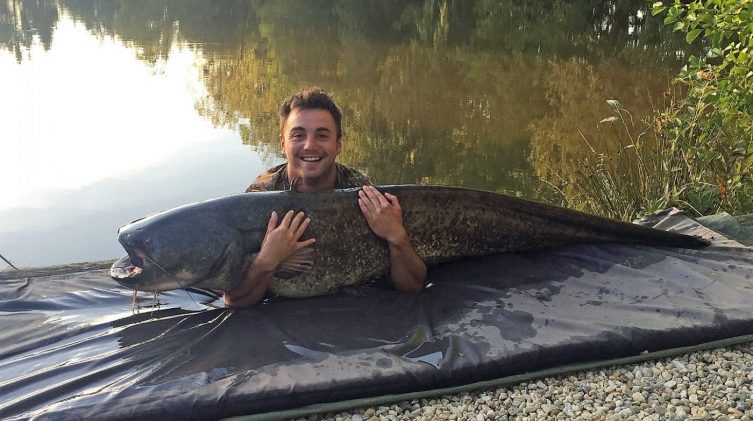