Another perfect week for this couple at their beloved Beausoleil with carp to 37lbs!

This week we welcomed Steve & Jane who first fished Beausoleil 10 years ago and have been coming regularly since. It’s been two years since they last came and a lot has changed in that time. It’s great to know that they really liked what we’ve done with the place. For them, a week at Beausoleil is a quiet holiday away from the stress of modern life with some quality fishing on the side.

Steve is a very experienced and capable angler and has fished some hard waters for very large carp. He doesn’t come here to up his PB or smash the place up, it’s a stunning place to holiday with his wife and fish for beautiful specimens. That’s not to say that Steve’s approach is casual. He takes his carp fishing very seriously and is as meticulous in his preparations as I am.

Steve normally fishes during the prime weeks of early May, pre-spawning, so this would be the first session they’ve done during July. Steve is very much a carp man and has no interest in banking one of our massive catfish although he has done so in the past. Steve also refuses to use bait boats, relying on his excellent casting skills to drop rigs very tight to marginal features. I can tell you now that fishing for carp only, in July, doing days only, for carp only, without a bait boat is hard! Despite Steve’s angling ability, by Wednesday, he’d only managed one carp from a perfect cast to the snake bank margin.

We had a really good chat during my mid-week visit. It’s fair to say that Steve was scratching his head a little as he’d never had to work at getting pickups here. He also said that the carp weren’t showing much and the place felt quiet. As always in these situations, it’s time for a re-think. A good walk round the margins revealed the tell tale signs of carp feeding in the shallows and only giving themselves away by the faint puffs of disturbed silt. As is common at this time of year, the carp were to be found hanging out around the bridge area in 2-4ft of water. I suggested relocating down this end and flicking rigs out onto some known hard spots. It’s not a part of the lake that Steve knows but after a few pointers, Steve hatched a plan to bank himself more fish.

Steve went onto to bank four carp in total from just one of these spots, the best being Mr. Angry at just over 37lbs. Steve has caught much bigger carp than this before but he was blown away by how hard and how long this fish fought for down the shallow end. It took him 20 minutes to subdue him before slipping him over the cord. Mr. Angry was first caught and named by my friend Tim Finch at just 30lbs over five years ago. He’s always been a battler and it’s great to see him on the bank again.

Steve is a massive fan of stiff rigs and used very short 1” tall chod sections on 3” booms to trick all his carp from the shallows. The added bonus was that he avoided the attentions of the C2 carp that are now present and neither hooked or foul hooked anything small. This ties in well with the findings of another angler that used short stiff hinged rigs and only caught big carp while others were having bottom baits nibbled and then hooking baby carp accidently. We have various measures in place to remove these C2 from the water and we are making good progress. If you are booked in this year, then over the next few weeks we would suggest sticking with short 1” tall, stiff hinged rigs.

We very much enjoyed meeting Steve & Jane again this year and loved the exchange of knowledge that always takes place between us. Considering the amount of hours Steve actually fished, the hot weather, high pressure and not being able to slide rigs tight under marginal cover, Steve had a good session. He had to work at it, adapt to the conditions and fish an area of the lake he didn’t know. Like I always say, no matter what the conditions, there are always bites to be had here. The challenge is putting the jigsaw pieces together to get them!

Mostly hot with the odd shower 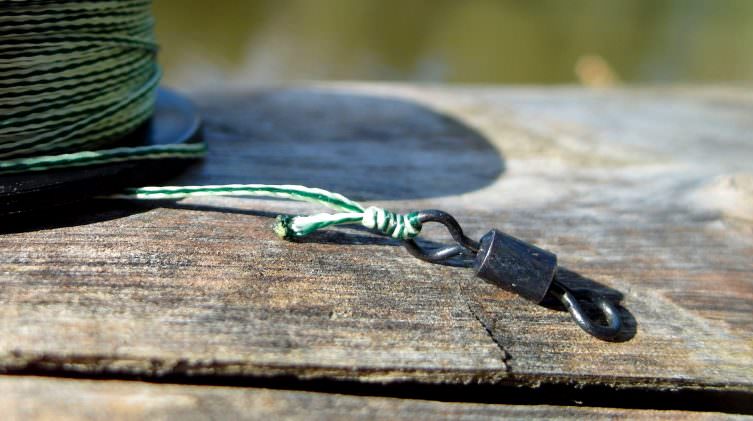 Previous Post - How to tie the 5 turn double grinner knot 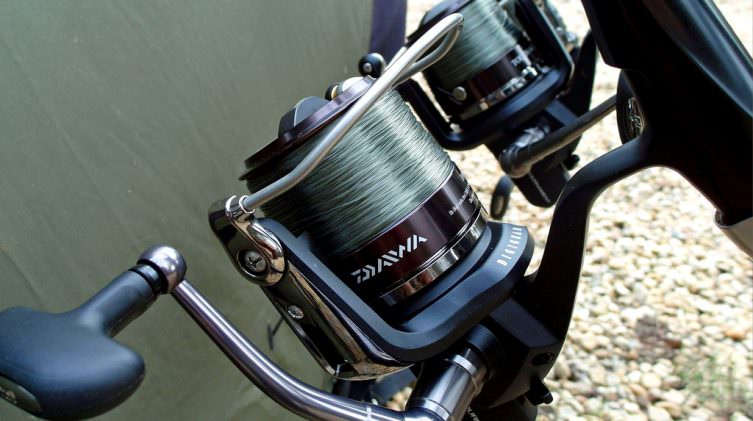 Next Post - How to choose the best mainline for carp fishing