A really exciting week’s carp fishing with stalking success, loads of carp on sloppy spod, massive catfish and the big grassy makes its first mistake of the year!

Booked again for the 3rd year running... what more is there to say!

This week we welcomed back a lovely group that we met for the first time last year. For them, Beausoleil is the best of both worlds. It enables the ladies to have the relaxing sun bathing style holiday that they love while the boys get to enjoy their great passion for carp angling. Last year they had a good week’s fishing but, despite their combined years of experience, found themselves out gunned when it came to landing what they hooked. This year they told me they’ve stepped up their gear across the board by at least 50% and it certainly did have an improvement on their hook to land ratio. Charlie and Tony are the self-confessed novices of the group and when I met them last year for the first time they were certainly very green. This year Tony and Charlie are different anglers, and I found them diligently practicing the art of fishing for carp when I met them on Monday for my first visit of the week. Tony had already banked himself a new PB mirror of 31lbs on the first night and was carefully exploring the marginal contours for clues of other productive spots using the rowing boat and a prodding stick. Tony’s watercraft skills have come on immensely and he understands so much better what it really takes to catch carp from a heavily pressured lake. It was great to see Tony catch steadily during the week by trickling the bait in at various marks and then fishing for them at the right times. Excellent work kid! 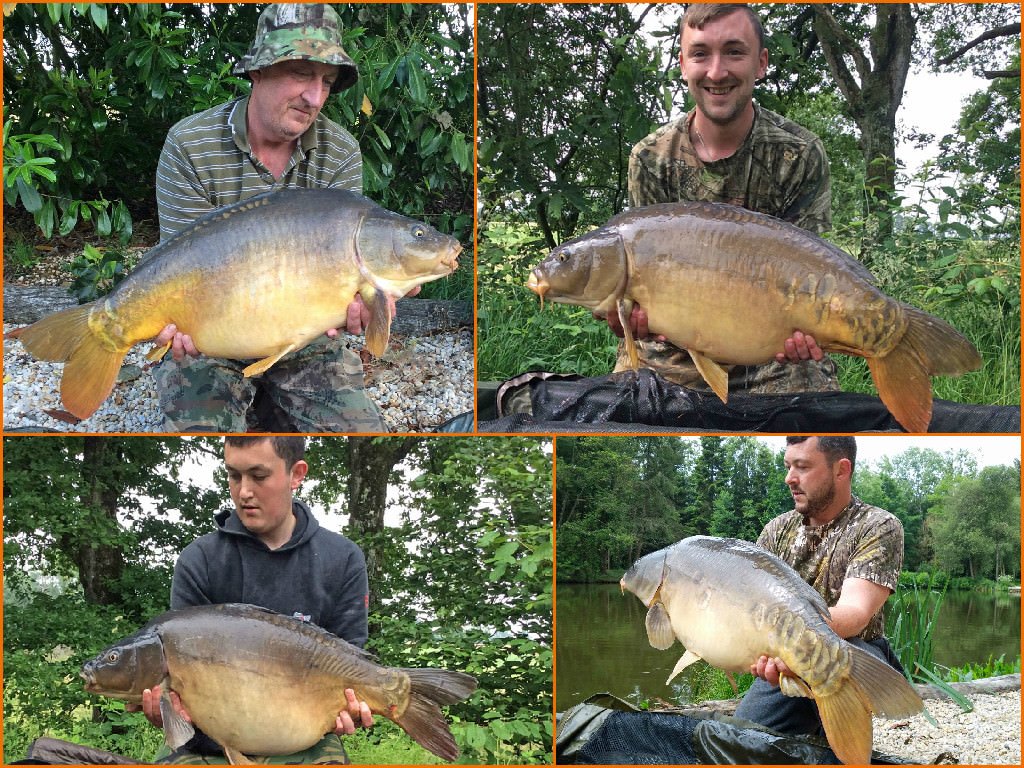 Charlie also did very well with multiple PB’s. Fishing from the Big Double, he had a system going between three spots on one rod and fished them on a rotation basis. Basically he baited all three but only fished one with one rod. After he’d caught on that rod he’d rest that spot and move onto the next while still baiting both spots. We’re not talking masses of bait here either. Just enough to keep the carp returning looking for more! He came up with the plan and it worked brilliantly, well done mate!

As usual Dean also did very well. He’s developed a new way to fish for carp on the bottom using sloppy spod mix which is normally reserved for fishing over zigs. In essence what he did was create a mass of fishy attraction but actually contains very little for the carp to eat. On the business end a couple of grains of balanced maize is all that’s required. Both Dean and Charlie caught carp consistently on this method so he’s definitely onto something. I do feel that the carp were cheated out of a decent meal though! Dean also successful stalked a 32lb carp from right next to the bridge in just inches of water. He was fishing so close in that the tubing actually laid up the bank! He’d found a patrol route for a few carp and carefully lowered his wafter into position before they swung back round for another pass. The big carp went directly for the bait while Dean stood just feet away behind the cover of a tree. All hell broke loose when the carp picked up the bait and felt the heavy inline lead of the Beausoleil rig nail him straight in the middle of the bottom lip. Dean told me how incredible it was to watch the Beausoleil rig in action as the lead slid away after the carp shook his head. Another fantastic piece of angling! Dean also covered himself in glory by breaking his catfish PB three times and landing a new PB grass carp of 38lbs! 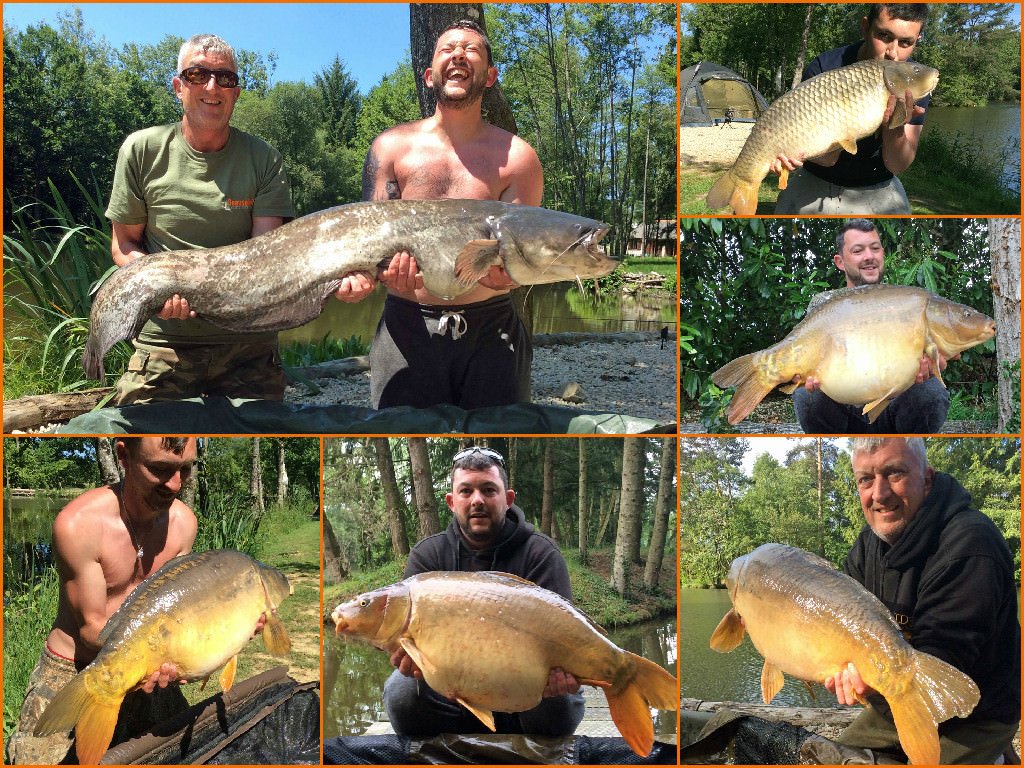 Ian’s week started off on the right foot with a lovely upper twenty named The Starburst Mirror but after that his corner of the lake just became void of carp as they found other areas of the lake that they preferred. It’s at times like this that it’s imperative to move or go stalk some carp from another part of the lake. I know that there were a number of stalking opportunities that Ian turned down as it would effectively mean poaching a carp from one of the lads’ swims (Ian plays with too straight a bat for such under hand tactics!). He continued to work hard at his fishing all week long and did manage to bank another carp but it just wasn’t his week. So there we go, a pretty perfect week’s carp and cat fishing holiday really! It was an absolute pleasure to welcome them back and we very much look forward to seeing them again next year.

Point C and the big double where the best swims. Blue Oyster, N1 and maize all worked. Baiting was little but often and heavy spodding of a carp soup in open water worked very well.

Lovely, hot most days, cloudy 2 days with a few showers.

Hot Tub! (We stole the idea from another client's feedback sheet as a good idea!) Wok for kitchen. Wood chip in swims. Fly screens on bedroom windows. Crates for recycling (one of each labelled).

Booked again for the 3rd year running... what more is there to say!
Share this - 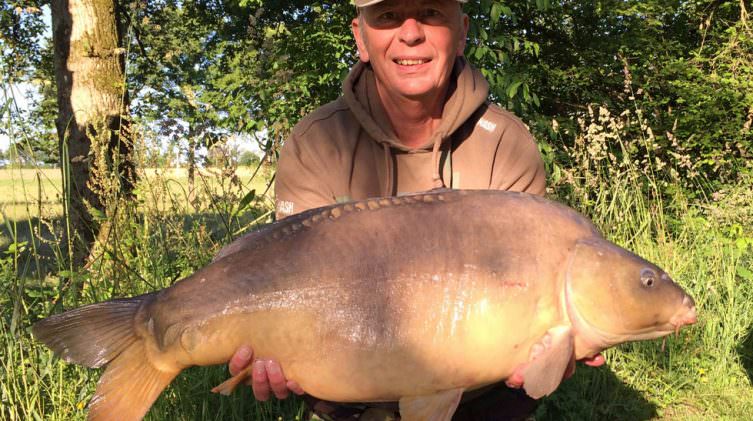 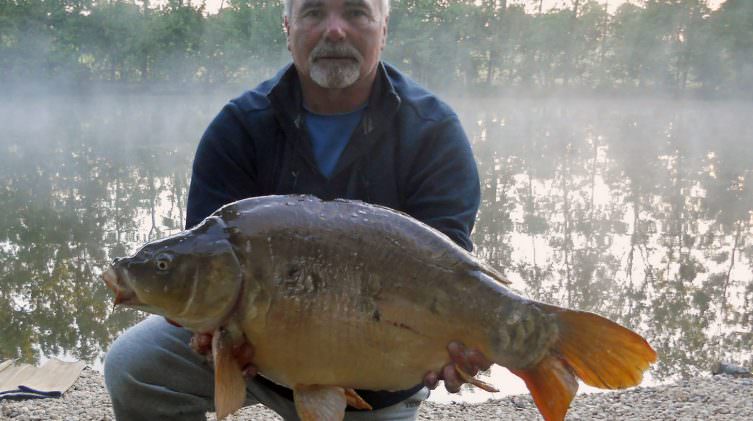