A relaxing fishing holiday with the grand kids and carp to 36lbs and catfish to 108lbs!

This week we welcomed Terry and wife Nola, along with son-in-law Luke and his wife Jess and their two children. On arrival the guys really liked the place and thought that it met their needs perfectly. Good quality accommodation was high on the priority list for this family and we got a big thumbs up from the ladies.

Tired after the journey, neither Luke nor Terry fished the first night but by Sunday they had some rigs in play on a few spots. Terry and Luke brought their own bait and when I saw them on Monday, they were re-casting every two hours during daylight as our ferocious roach population were demolishing their 2 x 18mm baits! This is something we’ve seen before with commercially rolled bait. We have tuned our own baits to withstand the attentions of the roach and Beausoleil bait anglers never have such issues. It’s not just a case of fishing with hardened or air dried baits either. Unless the whole mix has been correctly made to suit the venue, the roach will demolish the bait before the carp have a chance to find it! During the night, the guys reported fewer issues but they still foul hooked a number of roach at the start of the week. 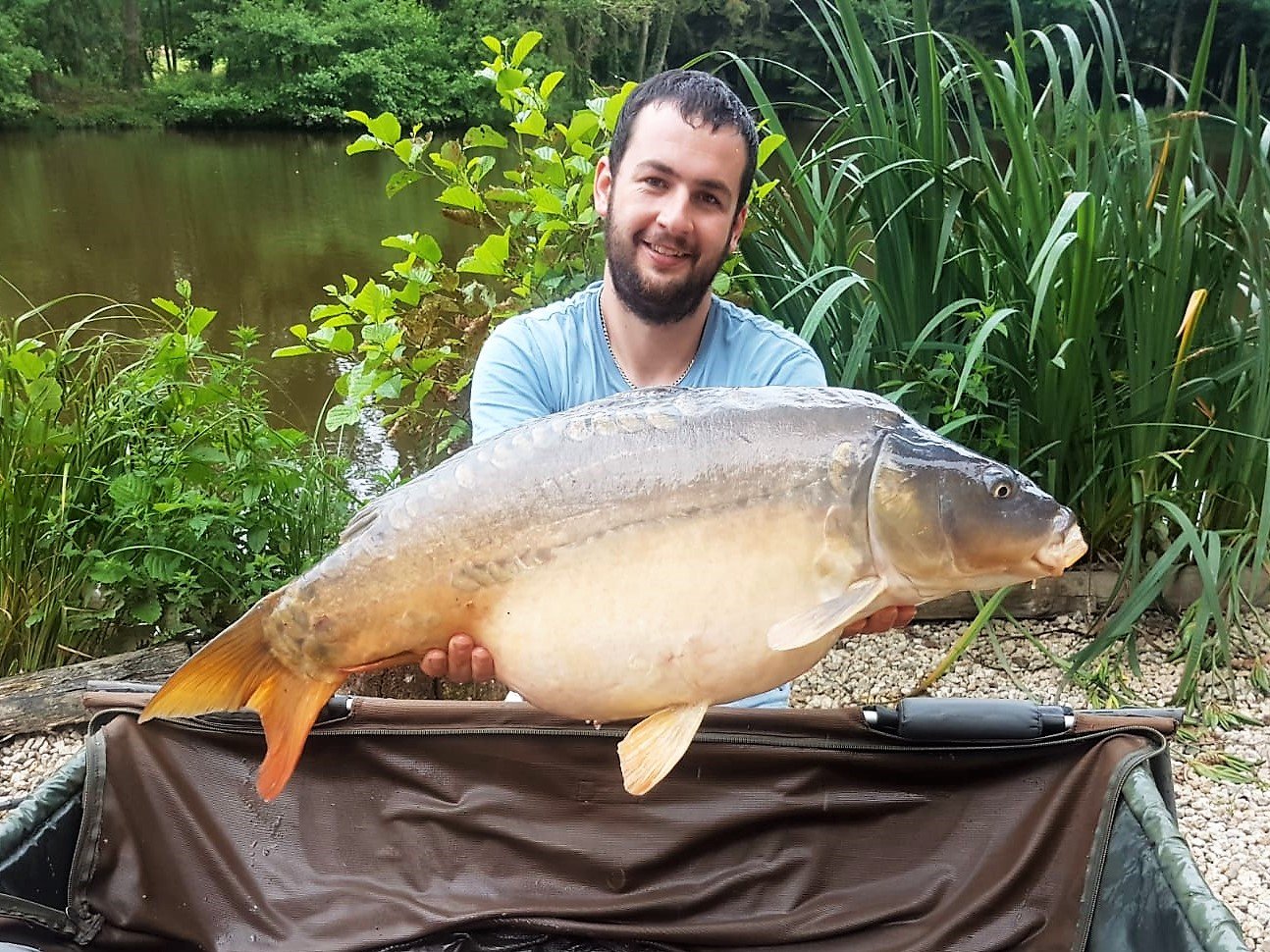 A family holiday with serious fishing

Despite the bait whittling and the challenges of the roach, Luke managed a very nice common of 36lbs on the first night in the Point swims. Terry started off in Island Point, usually a productive big carp swim but after 2 days of nothing but swarms of roach and after watching fizzing and crashing along snake bank he knew he’d backed the wrong horse and by Monday he was shuffling along to the Big Double.

Terry is a serious carp angler of many years experience and has tackled some of the hardest waters in Europe: lake Raduta in Romania and Bin el Ouidane in Morocco to name just two. This was more of a chance to have a holiday with the grand kids with a little fishing on the side. The thing about Beausoleil is that you can have the holiday you want. You can fish as hard or as gently as you want, your comfort and tranquillity are guaranteed!

I called back Wednesday to check oxygen levels which have stabilised nicely after the flooding. Luke had tangled with a big catfish and lost but Terry was starting to work his magic by applying bait along the snake bank margin and fishing tight to it.

Terry is used to finding features from boats on massive venues and dealing with rocks, snags and bars. What he’s not used to is having to use his big lake skills on a small commercial venue. He was blown away by the complexity and the savageness of the terrain. His experience seriously accelerated his learning curve here and after a few days, he was catching at will.

Winding in during the day time and only fishing the nights yet again proved a winning formula along with standard double bottom bait Beausoleil rigs, he caught multiple 30’s and finished on a high with his new catfish PB of 100lbs!

Terry was really surprised how well the carp fought for such a (relatively) small venue. He hooked into one fish that he was convinced was another catfish and couldn’t believe it when a carp rolled after 5 minutes of hard fighting. He was very glad he’d brought his heavy long distance casting rods.

Fact: despite catching some incredible fish from a variety of venues, he’d never seen them bend that much!

When fishing Beausoleil I would always recommend using a beaked point as they take being knocked around on the gravel better than a straight point. Terry checked and re-sharpened his hooks daily as the straight point pattern he was familiar with took an absolute beating. Luke chose to swap hooks every cast and went through loads of them, but it was worth it!

During my visit on Wednesday I noticed that Terry was using the tell-tale lead system but he was achieving it in a slightly different way. Rather than using the tag end of the mainline, he used the tag end of the braided hooklink. When I asked him about it he said he’d learnt the trick 15 years ago from a guy that was fishing an adjacent peg at Rainbow. Terry was getting some massive indications but hooking into fresh air and the guy showed him a simple solution which will tell you whether you’re being done or whether it was just a liner. Terry loved the idea and has been using it ever since. He was amazed to see the same solution when watching one of my videos and he’d never seen anyone else use it either! It’s 100% accurate and will always tell you exactly what’s going on!

The family enjoyed loads of quality time together during the days, with the anglers back by the rods for the nights. Little Freddy loved the big market in Chateau Gontier especially all the ducks and rabbits! He also enjoyed catching countless roach some were of which were over 10 oz’s. 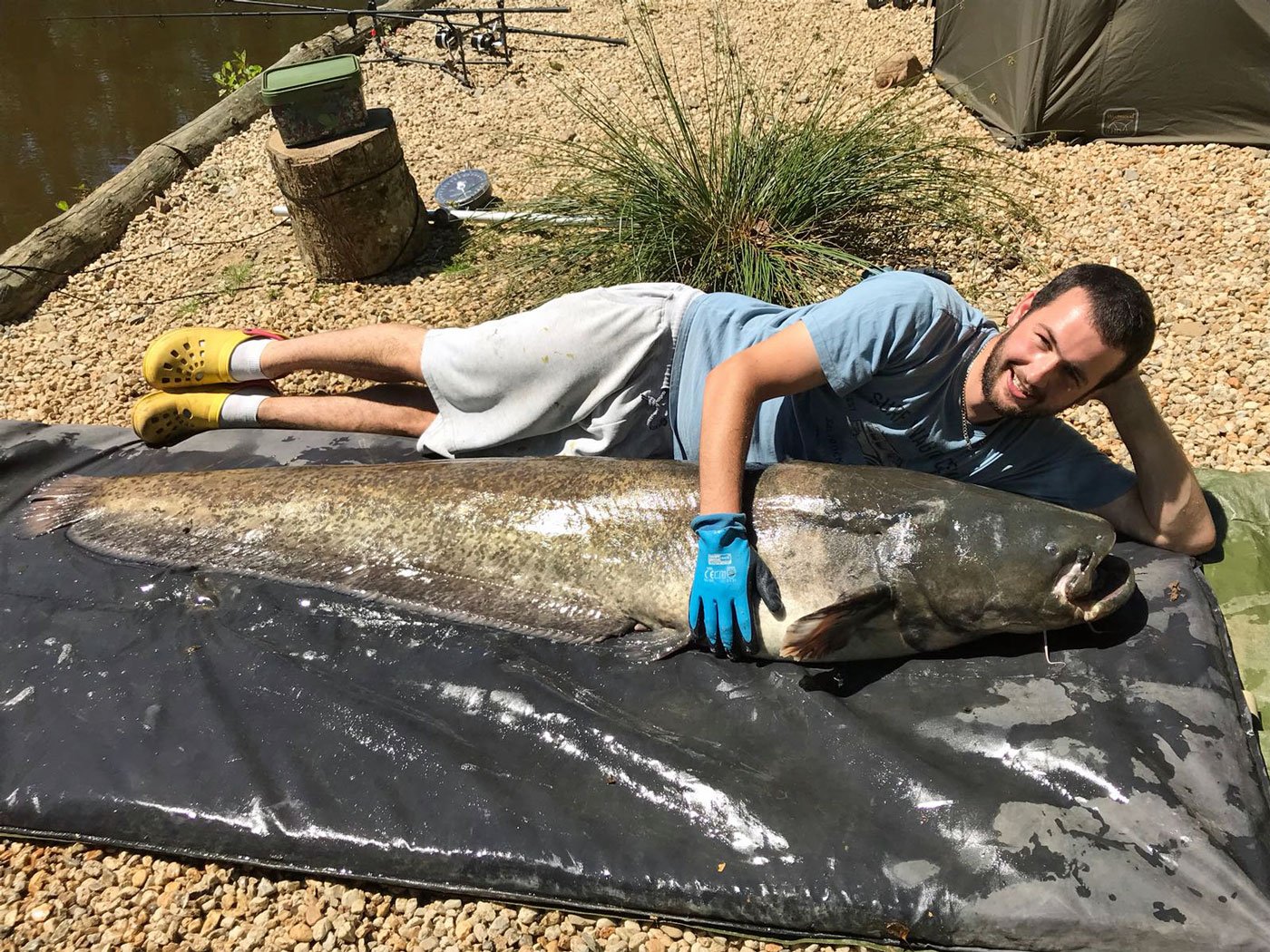 After banking a couple of mid thirties, Luke really wanted to bank one of our big cats. At this time of year they can come out from any swim and in the end he got the pickup he wanted from the aerator bar. This is a terrifying place to hook a big cat and Luke did incredibly well to stop it going round the back of the aerator or ploughing through the bridge. It was an epic battle in glorious sunshine and on the scales it went 108lbs …. excellent work mate!

Both Terry and Luke were very glad of our advice with regards to mainline and hooklink and they said without this they would not have banked any of the bigguns. These are seriously powerful beasts and only the strongest gear will cut the mustard!

It was a great pleasure to welcome this lovely family to the venue. They had exactly the sort of holiday they wanted and caught some very nice fish along the way. Of course, like all good holidays it was over too soon! Terry is back to Morocco in October chasing some very special carp and, perhaps if time allows they’ll return to see us again one day.

We had a great time and appreciated the help given but also being left alone. Thanks, Terry.
Share this - 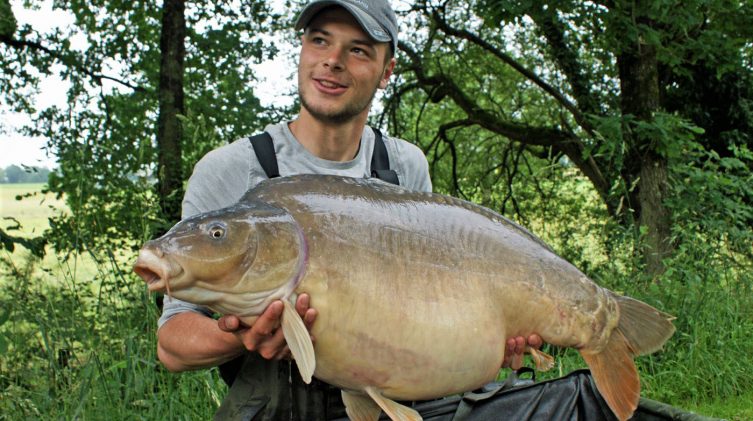 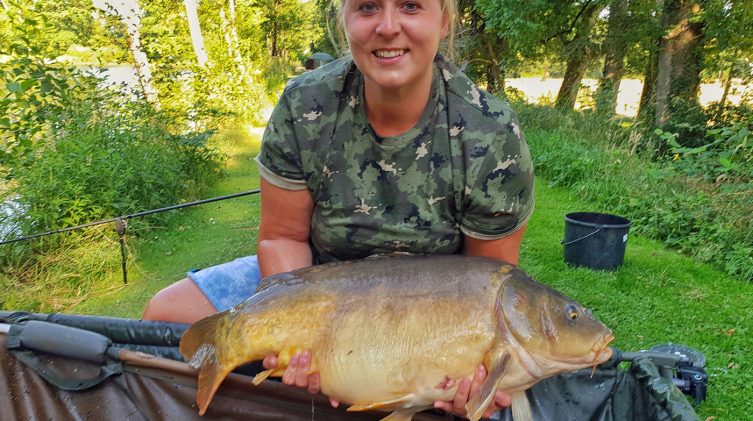