This week we had the pleasure of welcoming back Darren, John & Richard who first visited us in 2015. They’re an experienced group of anglers who know exactly what they want from a venue so it was great to see them again. Last time they had been smashed up by cats on their carp rods which were spooled up with 20lb Subline so they wouldn’t be making that mistake again. This year they followed our recommendations and went with 30lbs Big Game on the dedicated cat rods and 40lb Teklon Gold for the carp rods as they were already spooled up with it.

On the bait front they went with 20kg of 24mm nutty Banoffee and 60kg of house pellet. When supplies were getting low on Thursday I topped them up with more pellet and boilies. Now to some 102kg of bait between three of you for a week session might seem crazy but if you’re serious about your cat fishing it’s not over the top at this time of year and they caught carp and cats steadily all week and broke 4 PB’s in total. Based on previous studies that I’ve done of what our fish can eat, there won’t be anything left by the time they leave!

All fish were caught on single or double 24mm baits fished on the classic Beausoleil bottom bait rig over whole and chopped baits and 10mm house pellet. 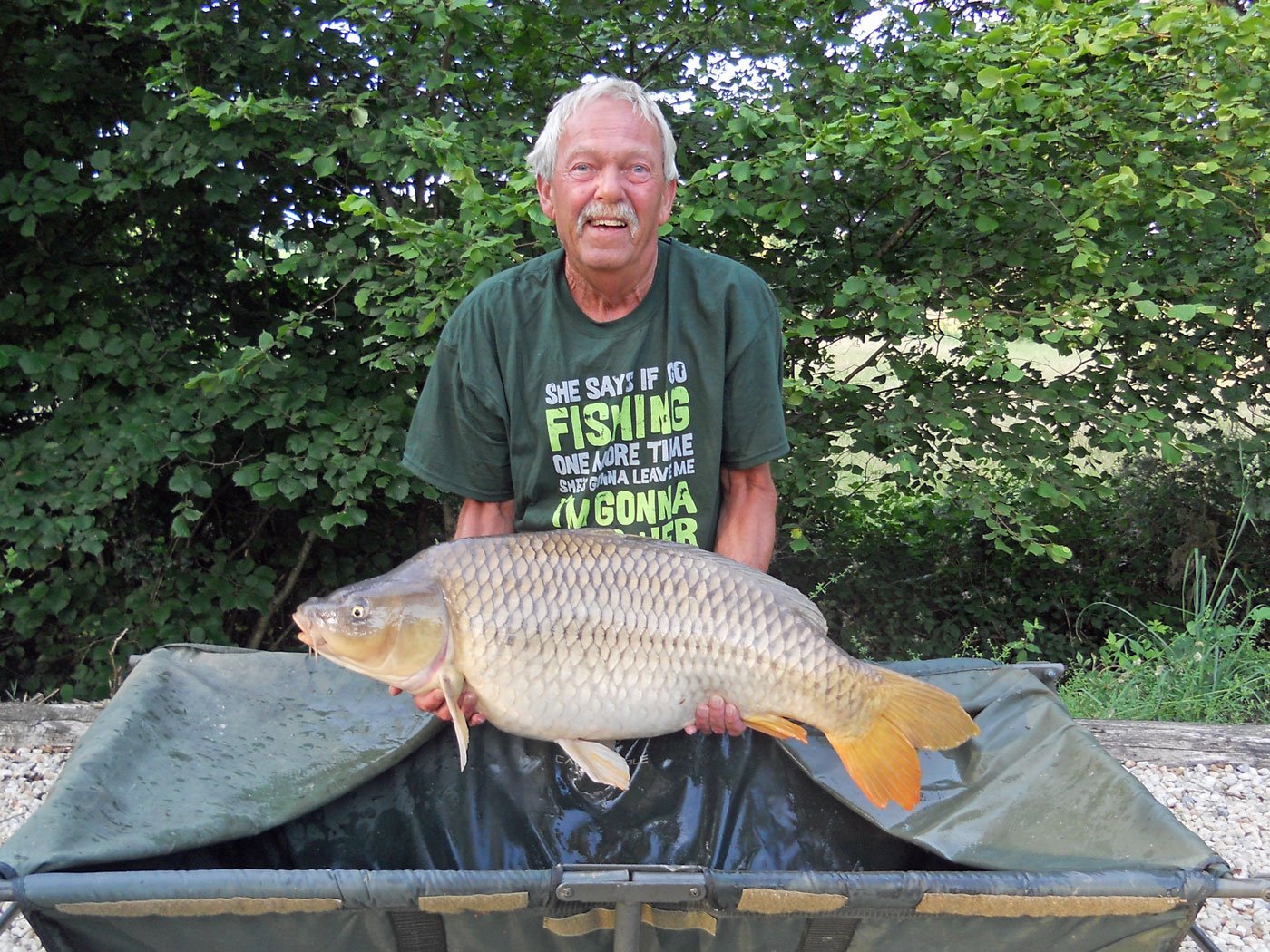 We have had weeks in the past when, during periods of very hot weather, the fishing becomes difficult. It was great to see they fished it well this week and were not put off by the fact that they saw carp hanging lazily in the margins during the day. When the night came, the lake was alive with frantic feeding activity from all species. The guys gave the fish what they wanted (bait and lots of it) and the catch report speaks for itself. Good work! 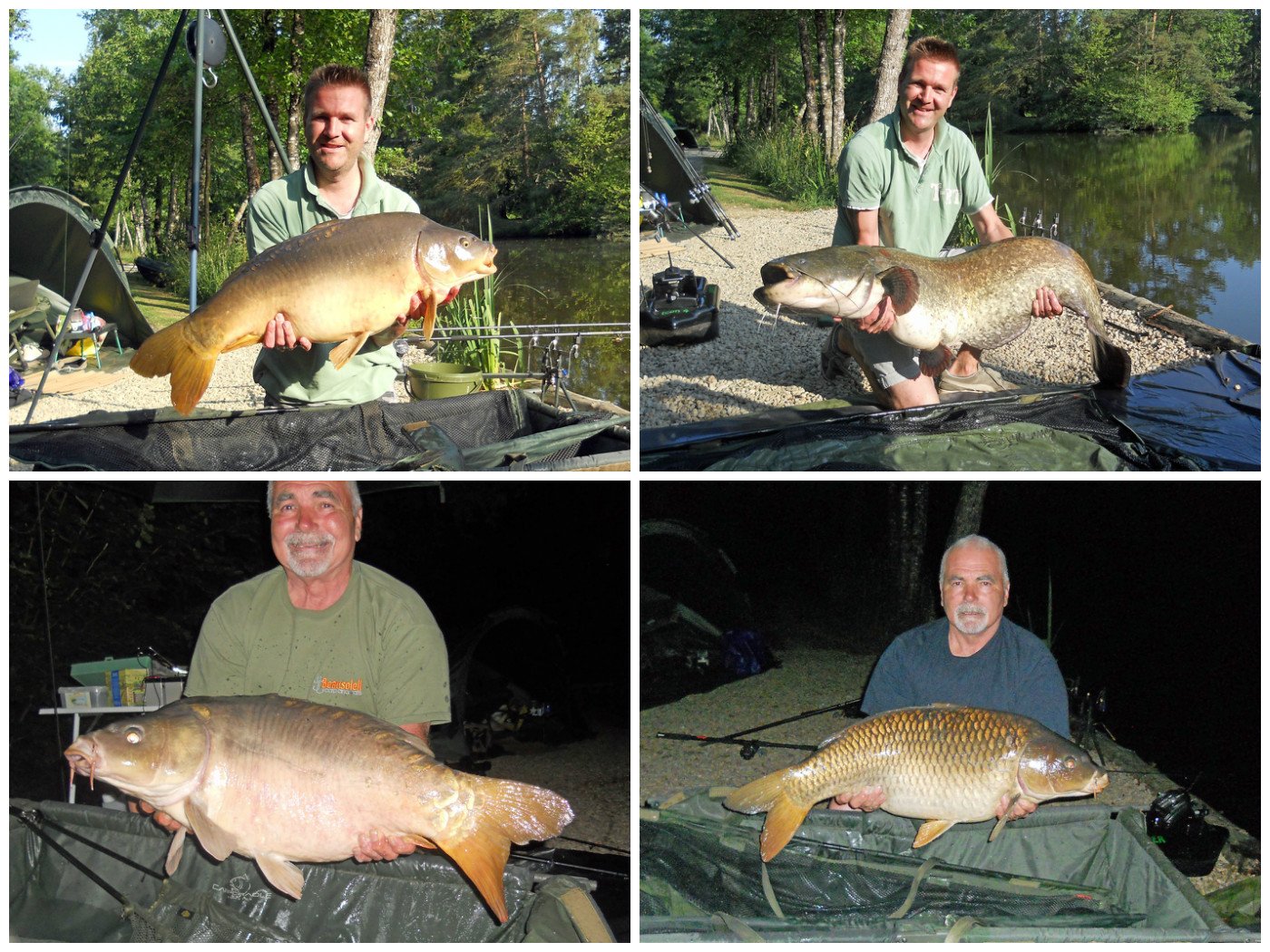 Netting vs gloving the catfish

Darren had lost a very big catfish on the first night when they tried to glove it out. One powerful swipe of the head and the hook pulled and the all he could do was watch it disappear below the surface. Darren was absolutely gutted and after that incident they decided that netting was the way to go. The secret is to wait until the cat has turned on itself or net them tail first. To get them out, they slipped a carp cradle under the netted catfish and with one on each end and one in the middle, lifting them onto the mat was relatively easy and safe for the fish.

A brace of tonners on the last evening!

Their main focus this week was the catfish and by steadily applying plenty of bait to the open water marks, it was just a matter of time until a real giant rocked up. Between them they’d already had cats of 98lbs, 89lbs, 83lbs, 80lbs, 71lbs which is still fantastic!

The first real biggie fell to Darren on the last evening, when just ten minutes after rowing out his rig, he was into a serious battle. The guys used the boat to great effect to encourage it away from the island point and after 30 minutes of arm aching action they slipped the net under a monster. It’s a while since I heard any stories of anglers using my catfish herding technique but it’s very effective! Darren fished really well and worked hard for his three digit catfish. Top angling mate, well deserved.

After a few celebratory beers the lads retired to the bivvies but Beausoleil wasn’t done with them yet and John connected with a massively powerful fish at 4am. Again they worked as a team to make sure that this one was coming in and despite a few hairy moments when the mainline rubbed on rocks of the island point, strategic use of the boat encouraged the fish back towards him and it was safely netted. On the scales it came in at 103lbs. John thought Darren was having a laugh when he called it out but 103lbs it was. This takes the total number of 100lbs plus cats this year to eight and it’s the 2nd week on the trot for a brace of tonners. Now that is some truly amazing fishing from a small 4 acre lake in a quiet corner of France. 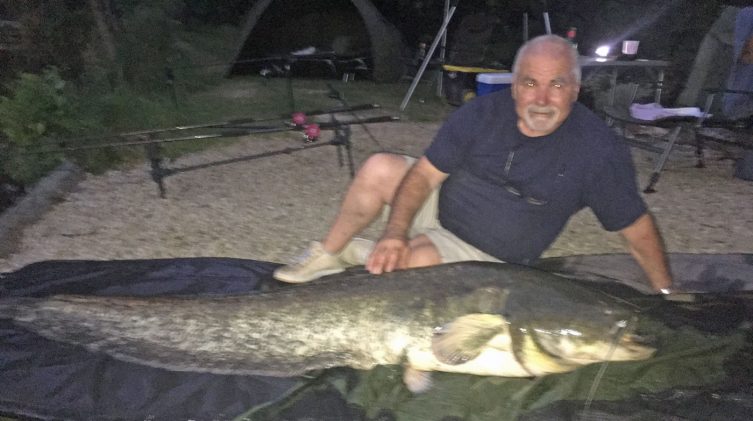 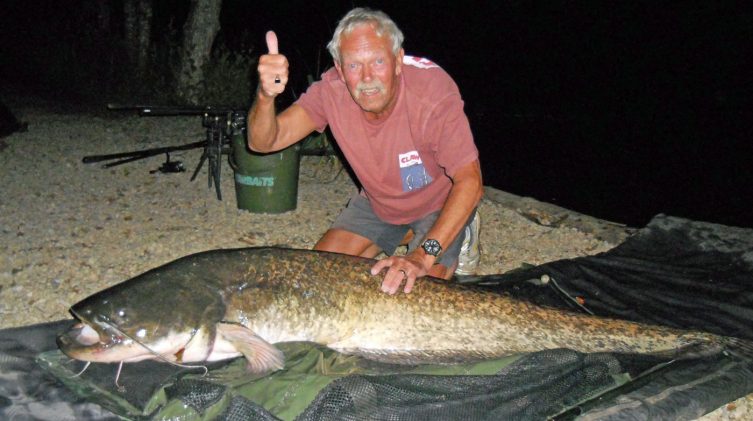 What was also very nice to see was how the guys fished as a team and shared the spoils. The Big Double is a great swim to catch a big cat from so the guys swapped a few rods about to give everyone a crack at them. Just like the week before, the plan worked brilliantly and everyone caught a PB catfish, including Richard who cradled his first catfish at 83lbs.

It was great to see these three friends enjoying the place so much and getting the maximum out of it even when it was boiling hot and we hope to see them again in the future.

Perfect, great to keep out of the heat. Paddling pool was a great touch.

Nothing comes to mind to be honest, we don’t need anything extra.

Second time here, lovely lake and great hosts who will do all they can to help. We were aiming to catch some big cats and all three of us had 80lbs+ specimens - Awesome!
Share this - 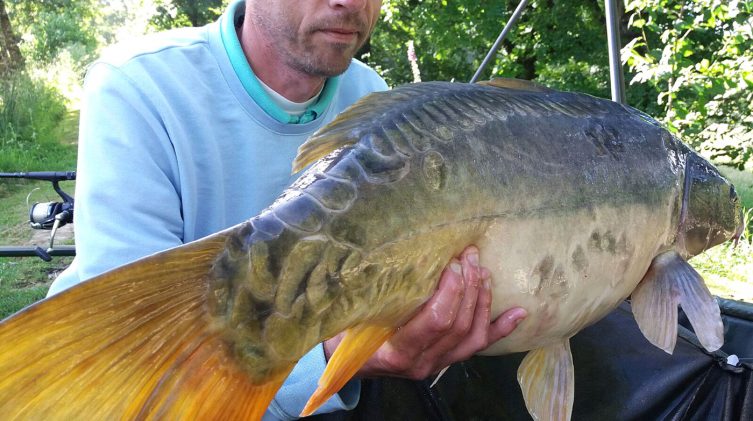 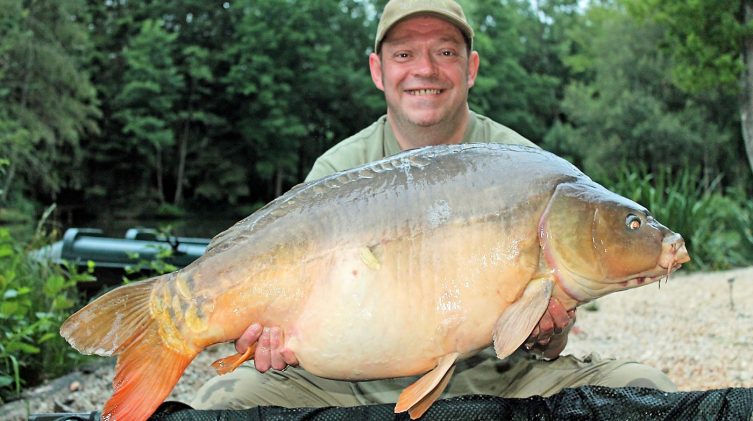