A tricky week with lots of spawning activity but our four anglers still managed multiple carp to 32lbs and cats to 104lbs!

This week we had the pleasure of welcoming a new group to the venue. For three of the anglers it would be their 10th trip to France and for Ian his first. All of the previous trips had been to the same complex where they fished a variety of lakes from the runs waters to the harder ones. After 10 years on the same complex they wanted a change, a new challenge and they’d chosen Beausoleil and couldn’t wait to get started!

On arrival the guys really loved the place and they could immediately see what a special venue it is. By Monday, the good news was that two carp had been banked but it was obvious that the carp were spawning hard and had been doing so since Sunday evening. We believe that this was the 2nd spawning event of the year as some of the smaller carp (mid/upper twenties) had a bit of a go a few weeks ago. Obviously it does affect the fishing for a few days but it doesn’t take them long to get back on the munch and when they do, they do feed hard!

We called back Wednesday and Antony was beaming from ear to ear as he’d banked what he came here for… a very big catfish! In fact he’d had two. A mid eighty and a 104lber. Nice work mate. Antony found that slackening his lines right off made an immediate difference and he was blown away by just how hard these fish fight. The eighty fought harder than the tonner and the tonner took him over an hour to land! Antony is a very experienced angler and said that he’d never been connected to anything that powerful…. truly an experience of a lifetime. 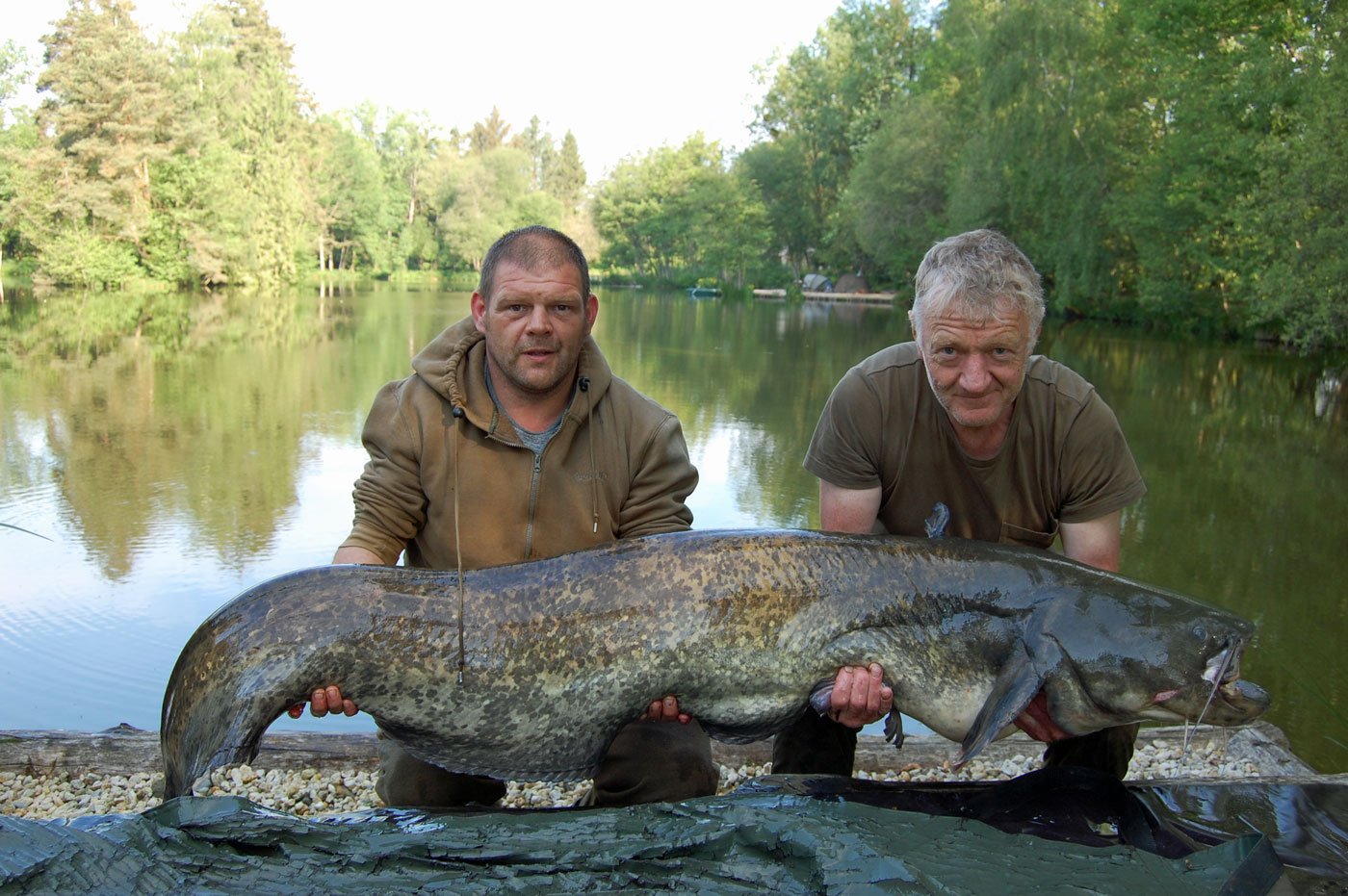 While I was there both Ian and Paul had simultaneous takes from catfish. Unfortunately, Ian’s mainline knot failed and then Paul’s 90lb hooklink quite literally got ground through on the rocks by the catfish. They were both gutted of course but it was a good reminder of why we recommend doing a simple 20lb bucket lift test on every rod before you fish to make sure that your knot won’t let you down. These fish are enormously powerful, know every trick in the book and the location of every rock to saw through rigs and line!

It’s all in the prep

After the losses, Ian and Paul re-doubled their knot tying and testing efforts and Ian did a great job of sharpening his hooks. Ian went on to bank three nice carp to 29lbs and broke his PB several times. Both Ian and Paul worked really hard at their feature finding and spent plenty of hours in the boat and waders exploring the complex underwater world of Beausoleil (it’s tricky down there folks!). Paul also went on to bank a 30lb mirror, the sturgeon and a small catfish (by our standards) of 55lbs! 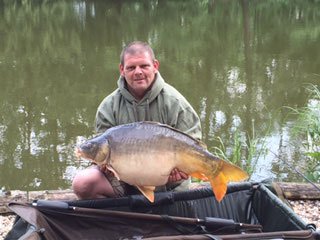 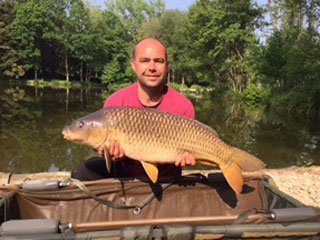 Over in Island point, John was a having a bit more luck banking two nice 30lbs + mirrors. During the week he suffered a few hook pulls which he was gutted about and on Friday he wound in early so that he could have a relaxing evening without the pressure of trying to catch anything!

We called round Friday to visit the guys one last time as they were heading off early on Saturday and the catfish were going crazy down the shallows with tails flopping out the water, chasing, rolling and generally stirring up the bottom into a thick cloud! I’ve never actually seen the catfish spawn. They never normally spawn at the same time as the carp anyway as they need slightly higher temperatures but if that wasn’t spawning catfish then I don’t know what is. The activity continued through till Saturday.

With both species spawning during the week and it being the first trip to the venue for the lads, the odds were really stacked against them and it was a tough session for them. The guys never gave up though and it was a pleasure to welcome them and we hope for better luck for them next time.

Spot on, very clean. Ideal for a fishing holiday.

Nothing. Bark/woodchip on pegs rather than gravel.

Picturesque location, tough venue to fish. Both species of fish spawning within days of each other. Several hook pulls and hooklink failure. Matt and Ren are brilliant, very knowledgeable.
Share this - 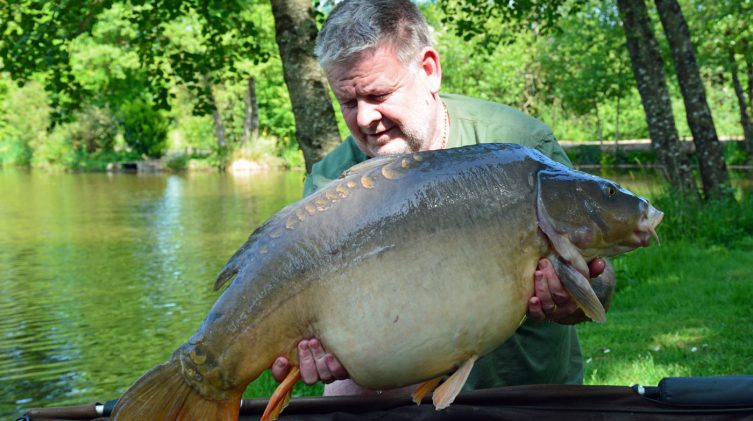 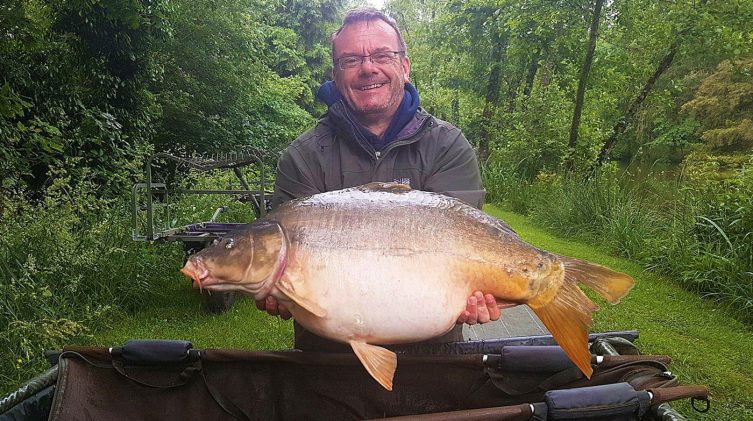