This week we welcomed back two top anglers who’ve been visiting us since way back in 2013. They had a very successful session last year and their next visit was not due to be until next April. Fortunately, this week worked for them and they leapt at the chance to grab a sneaky week at the end of the 2018 season.

On arrival, the guys didn’t hang about and before we left they were unloading their barrows into Island Point and the Big Double so as to make the most of their precious time here!

Jay is familiar with a number of our chunkier carp and was well pleased to add this ‘A’ lister to his bucket list. Dink weighed in at 35lbs 8oz and fell to a 24mm Nutty Banoffee snowman presented underneath a marginal tree on the back of the island. 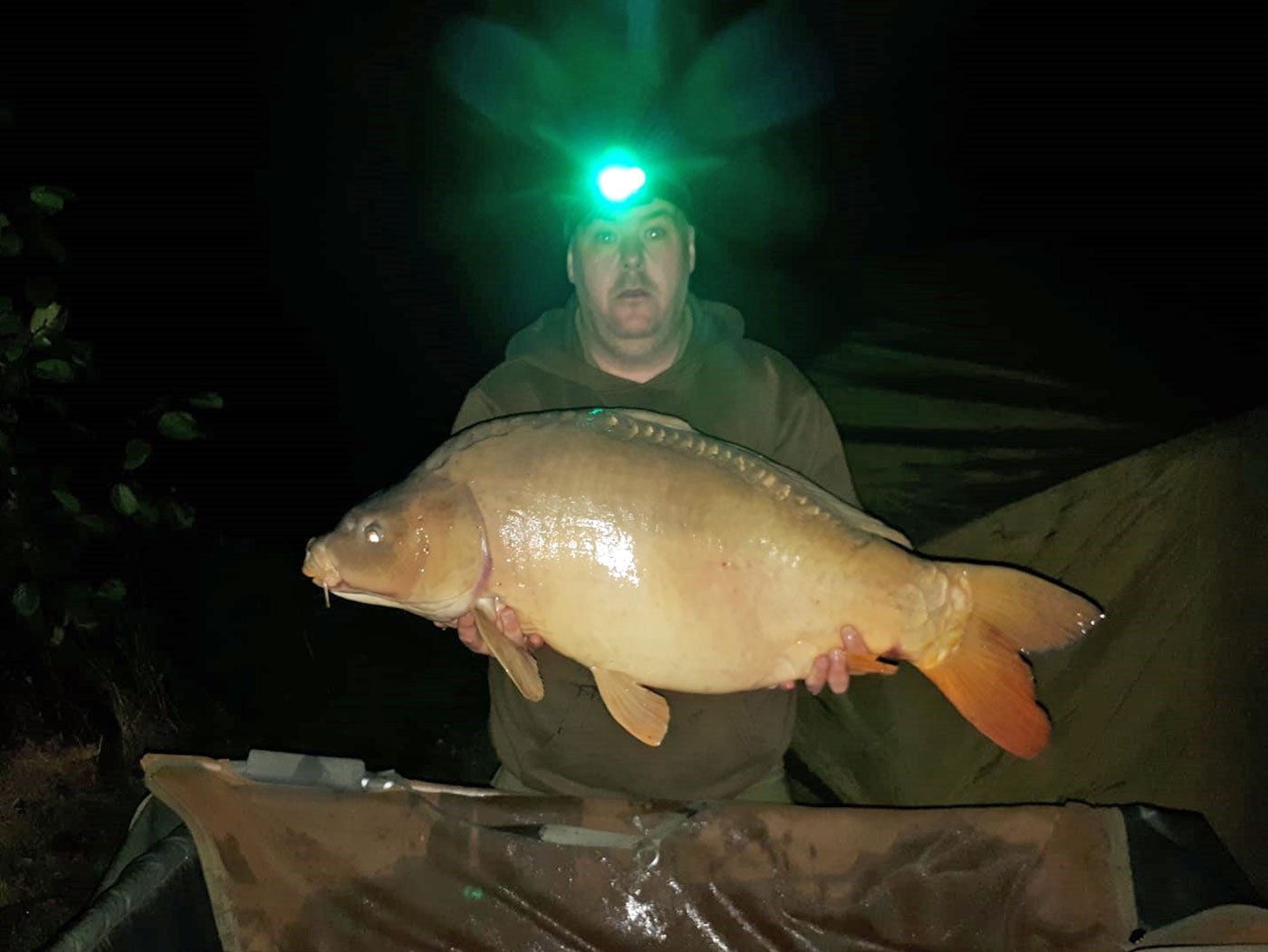 Dolphin show over rigs…. but no runs!

I’ve seen this sort of behaviour in the past, especially at this time of year. It’s not unique to us either as you’ll hear other anglers reporting it at other venues. It can be very frustrating and to be honest it’s not something that I or anyone else I know has been able to solve. It’s easy to assume (I certainly have) that they are simply not eating bait but are feeding on naturals. Thanks to my bait and scrape method I can prove that this is not true as my test feed spots were all as clean as a whistle on Monday. So they are definitely eating bait (and in large quantities) but they are very very hard to catch. The boys are good anglers and everything was spot on but the runs did not come.

There are many factors which affect fishing: temperature and oxygen being the main two (both of which were good by the way). The other major player is air pressure and a quick check on my app explained everything. Anything around 1030mb means it’s going to be hard going and this is exactly what it was. The most common explanation as to why air pressure affects the fishing is that it makes it uncomfortable for them to drop down and feed. This may be true to some extent but if it was entirely true they wouldn’t be eating any bait (which they most definitely are). For me high air pressure doesn’t stop them from feeding but it does stop them feeding aggressively enough to get caught and that’s a big difference.

The boys keep their cool

It’s very easy to lose your head in this situation. It’s essential to stay focused on what matters: rig prep, rig location and baiting strategy. When the conditions become more favourable the bites will come as if by magic. Ben had to wait until Wednesday night for his first take. Well I say take, it was a typically twitchy bite with the bobbin dancing up and down gently before it arrived at the top and just hung there!

Fortunately it was worth it as he banked the stunning and heavily scaled Duchess at 29lbs.

It takes nerves of steel to hit a twitchy bite after four blank nights… I know as I had to do it many times during the winter! After many trips to the venue, Ben was pretty sure that the carp was just sat over the rig  trying to spit it out. Decision made, he wound down and made that magical connection that we all live for as carp anglers… fish on! 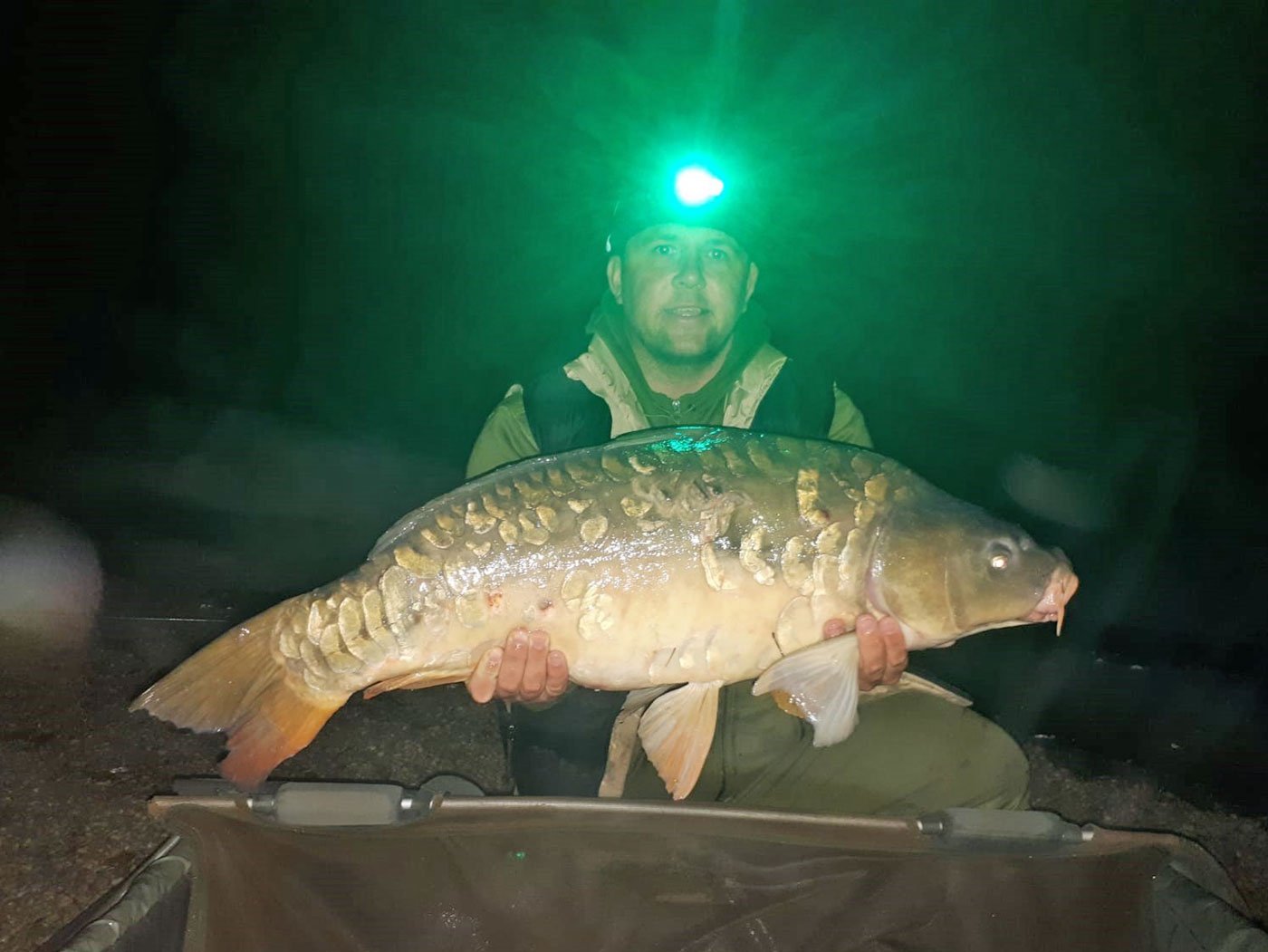 It was very foggy that night and playing a good carp at night in heavy fog is a very disorientating experience. Ben used all his knowledge and experience to guide the fish safely to the waiting net. After he slipped his hard won prize back, he really struggled to re-do the rod as the bait boat just kept disappearing into the mist!

At one stage it looked like the weather was going to change in their favour for the rest of the week. It did shift slightly and Jay picked up another carp from a marginal spot he’d been working. This one turned out to be a carp named Stardust that we stocked at mid twenties in February 2017. 18 months on and he’s into the 30’s and looking mighty fine! Having evaded capture all year the take was a savage one and it made a powerful surge for the bridge. Jay’s setup was textbook Beausoleil style and he had everything under control even before he got to the rod. Great work mate! 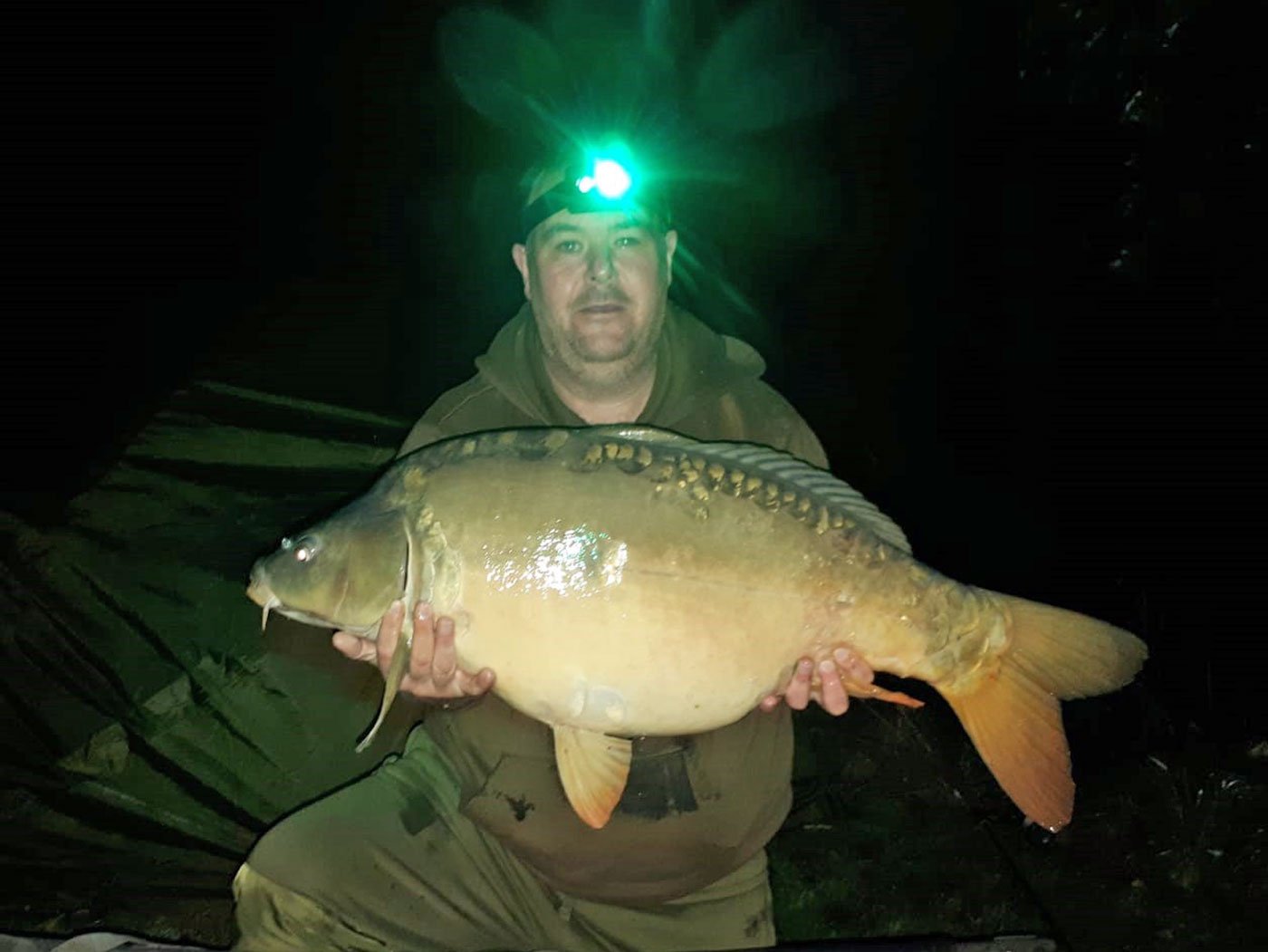 It’s so important when the going gets tough to convert every single opportunity you get into a carp on the bank. The boys only had three bites and banked all three of them (the pike was caught by accident on the retrieve). That’s bloody good work, it really is. All three carp were totally nailed on our rigs. The guys are set to return for an epic two week session next April and I’m sure they are going to have a fab session because if you have the skills to catch here in super tough conditions, then the end of April should be like shooting fish in a barrel!

Everything was here that we needed 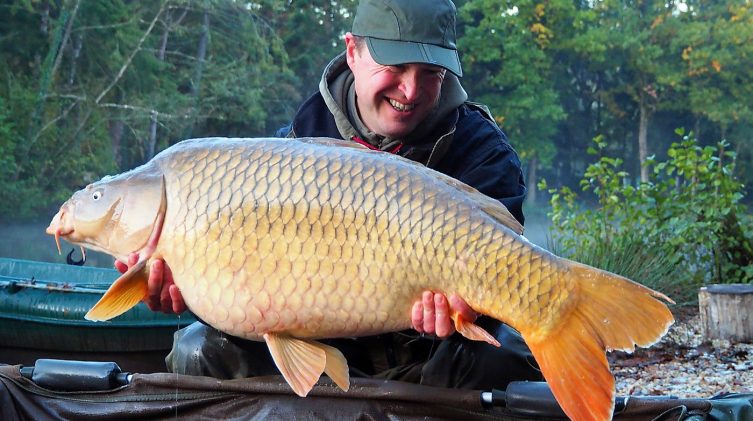