A relaxed carp fishing holiday for these two anglers with one near 40lb carp, several mid thirties and the sturgeon twice!

This week we welcomed to Beausoleil Dave, Steve and Rose for the first time to the venue. Dave and Steve are both experienced French carpers and for Steve this would be his 18th year of fishing on the continent. For Rose it was the perfect little French hideaway and she was really looking forward to some serious R&R!

On arrival, the fish were in a particularly active mood and we found multiple groups sending huge plumes of silt into the water as they tore through the lake bed in search of food! The roach were actively spawning in the island margins and I thought for one moment that the carp were going to join in but it’s far too early for that despite the high temperatures we’ve had for a few days. The lads were keen to get fishing but I cautioned them that bites might not be as easy to come by as they might think. These fish can be tricky!

When I called round Monday the guys were happy but felt that the fishing had been slow. Within the first 24hrs, Dave had two chances and banked one, a mirror of 27lbs. The other was through the bridge before Dave could stop it! Big thanks to Dave though for wading round (without waders) and untangling the line and rig from the bridge. The carp was long gone of course but it was great to know that the fish was tackle free and that all gear was safely removed from the water. Skills mate, very considerate angling! 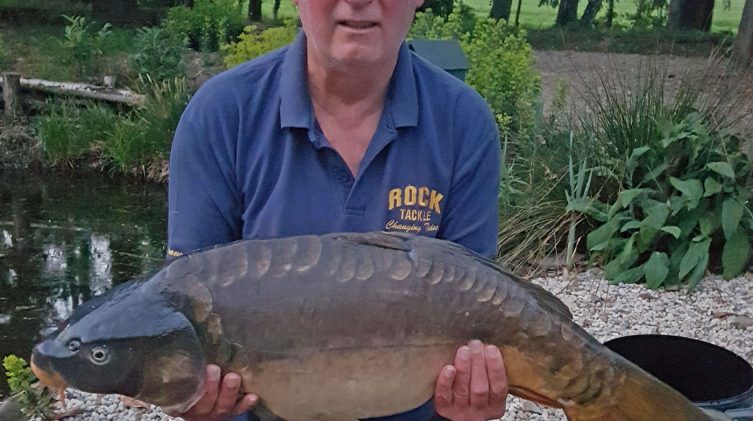 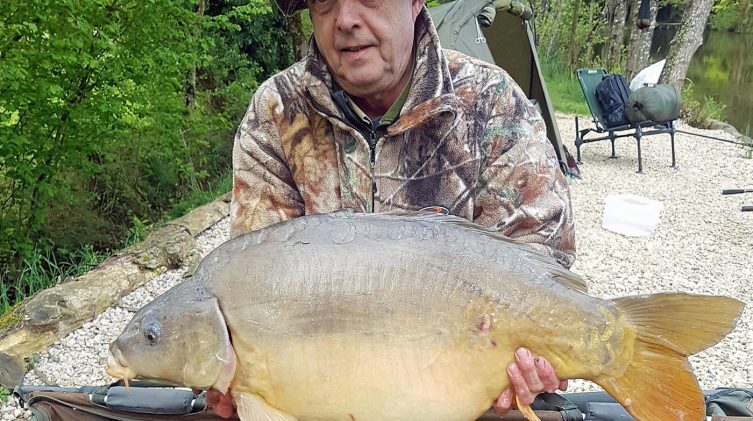 Round the other side Steve had banked Moonscale at 35lbs and the sturgeon at 24lbs (a new PB for Steve) which he was really pleased with! Old Sammy likes a good game of tug-o-war and he gave a great account of himself even launching vertically out the water! Three fish out by Monday isn’t bad for your first trip, Beausoleil is a lot harder than it looks on paper!

Dave had ordered a few basic rigs from me but after the two fish and a few recasts three of the hook points were damaged so I gave those a quick lick with the hone. Steve was also suffering from hook point damage and he had his own gear and method. As I was leaving, a nice carp boshed down near the bridge and Steve was straight on it.  A few hours later he messaged me with this fine specimen. Good angling! 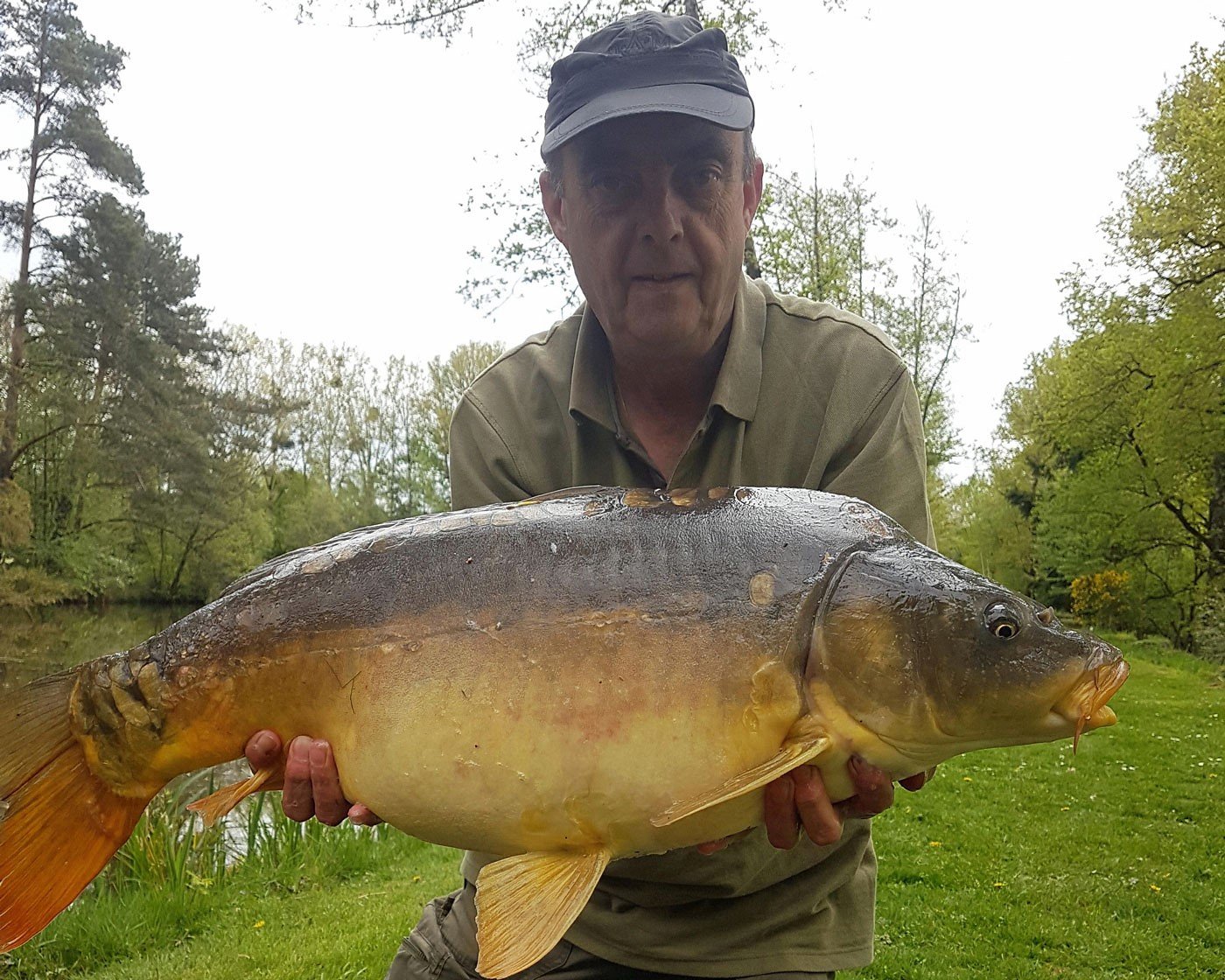 On Wednesday, Dave hadn’t had any more and had moved from point ’A’ to the Home swim. The fish were all over him and he had loads of beeps and tip knocks but couldn’t get a proper run. To my eyes it looked like the fish were smashing a big hatch of naturals and it can be difficult to get a proper run in these circumstances but he was loving the place and the challenge.

Steve had also struggled to get another pickup from the back of the Island and with the fish boshing over the same spot off snake bank had relocated to the Big Double to get a better angle (smart move!). Later on that afternoon Steve met the Sturgeon for the 2nd time and on Thursday he got the take he was really after and banked Dink at nearly 40lbs and on Friday Steve also banked Shorty at 38lbs 8oz…. nice work mate!

It was surprising not to see any cats this week but the guys didn’t start to use pellets until later in the week when it cooled off. Steve did have a big catfish on for 15 minutes or so but it went on an unstoppable run and the hook pulled… that’s fishing!

Facilities are excellent. Disappointed to find only 1 sturgeon and grass carp in the water as when it came out twice was a disappointment. More chance to catch otherwise. Thank you, great week!!
Share this - 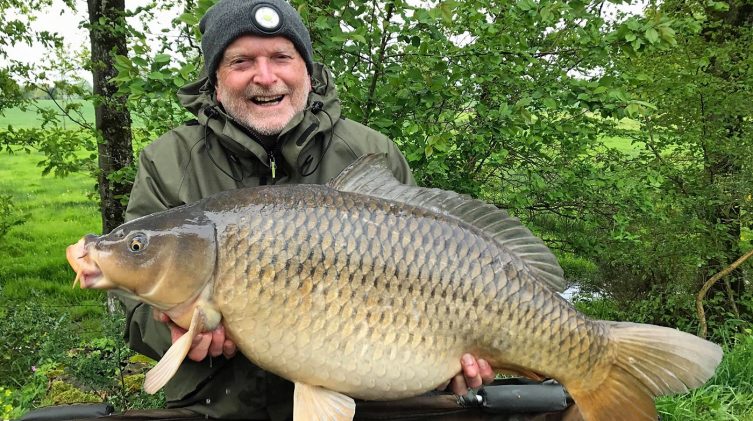