A steep learning curve this week for our Beausoleil anglers but they still banked a handful of 30’s, a 40lb mirror and a 92lb catfish!

What a place...! Luxury meets fishing. Cannot wait to return !!!

This week we welcomed another new group on their first fishing trip to France. A week long carp and cat fishing session in France is very different to the day sessions and occasional over nighters they were used to. Sessions like these can either make you or break you as an angler so it was always going to be interesting to see how they got on.

When I spoke with Dean after a few days, he hadn’t banked anything yet but had a hook pull on something rather large a few minutes into the fight. As is often the case, a dull hook and a loose clutch were to blame. After running through some basic technical elements such as knot testing, how to lock the rig tube in place, lead setup and rigs, we had a paddle round in the boat and found a few spots. The next morning, Dean messaged me with a photo of his new PB … a 36lb mirror named Hyphen… what an awesome first carp to bank! Dean was very grateful for the tips and could now see the difference these small details make.

With his new found skills and simple baiting strategy, Dean went on to bank the sturgeon, another low 30 mirror and a 92lb catfish. As usual, it was a good 30 minute battle but careful clutch control enabled him to get the upper hand and one of the lads gloved it directly onto the massive catfish mat. Dean was absolutely blown away by the sheer power of these creatures and he did very well to bank it! All but one of Dean’s fish came on 24mm Nutty Banoffee and all fell for one of my ready tied bottom bait rigs mounted on the Beausoleil lead system. Both Dean and Damon were spooled up with Berkley Big Game in 25lbs.

Technical tip: One mistake I saw this week was that the guys drove the bait boat out to the spots with the line coming off the clutch. This is an absolute no. By Tuesday, the newly spooled line was already badly twisted and despite my best efforts, it’s very difficult to remove the twist from a line when it’s gone too far. Every single coil of line that comes off the spool via the clutch is a twist. You should always open the bail to pay off line. If the line is dry and a bit springy and flies off the spool when you open the bail arm, simply douse the spool with water every time you open the bail arm.

While I was chatting with Dean, Damon arrived after catching up on some missed sleep. Damon had got off to an awesome start when he banked Mr. Angry at just over 40lbs. Damon was here for the cats but was amazed by just how hard our carp fight. He really thought he was into a cat until a great slab of a mirror finally surfaced! He’d also banked two other low 30’s.

Damon was paranoid that he was fishing spots that were too silty but without a marker rod he couldn’t really tell what he was fishing over. A quick trip out in the boat with the prodding stick confirmed that he’d chosen some nice areas to fish to. One was rock hard, the other two were covered in 4” of firm silt but then rock hard underneath. Knowing what you’re fishing over is fundamental to success in carp fishing. A proper marker rod with braided line is a very useful tool. As your skills progress, then feeling the donk of the lead will tell you all you need to know but this is a technique that has be learnt. (Feeling for the donk is something I cover in my fishing tutorials).

At the end of the week, Damon told us of his epic battle with a massive catfish … and despite using all his strength, and suffering a huge amount of bruising on the thigh from the rod butt, it ended in heartbreak when the catfish pecs finally sawed through the inadequately protected mainline. Our rules state 1m of rig tubing as a minimum for this very reason.

Technical tip: Add a small stop knot from a short length of lightweight elastic, power gum or feeder gum above the tubing to stop it from moving during the fight and keep the last 1m fully protected from these extremely sharp and bony protrusions. As long as the inline lead can pass over the knot, this is a very safe setup. Never add a split shot above the tubing as this creates a potential death rig as the lead can’t come free from the mainline in the case of a mainline failure.

It was a steep learning curve for the anglers this week. It was great to know that they’d like to return and it was a pleasure to spend a few hours on the bank with them. Dean and Damon loved the venue describing it as a piece of angling paradise.

Hot, high pressure at the beginning of the week. Cold and wet at the end.

Excellent, all you need and more.

Not much, was a lovely week and will be booking again soon.

This is in a lovely location and is a lovely fishing trip. Fishing hard through the nights, and eating, chilling and rebaiting during the days. Thanks Matt and Irène, this has been a truly memorable holiday!

Dean's feedback: Had the best 7 days fishing at Beausoleil. The weather wasn't the best at times and the nights were cold but still managed to pull two PBs and a new specimen for the record books, thanks to Matt for his tips and advice which helpd me bank these stunning fish.. can't wait to return to this beautiful place. #5starfishing
Share this - 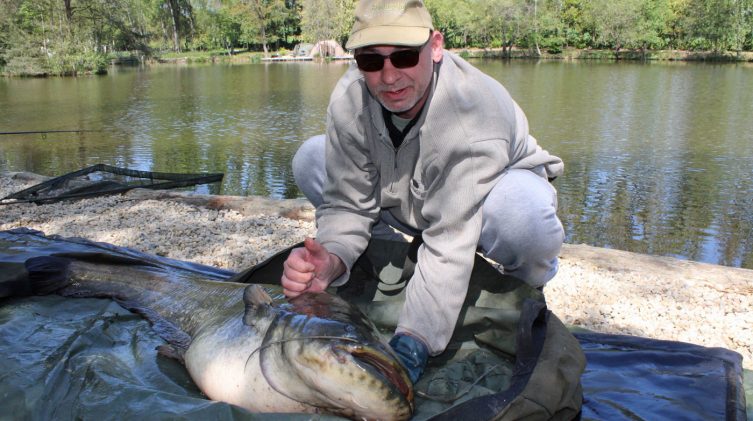 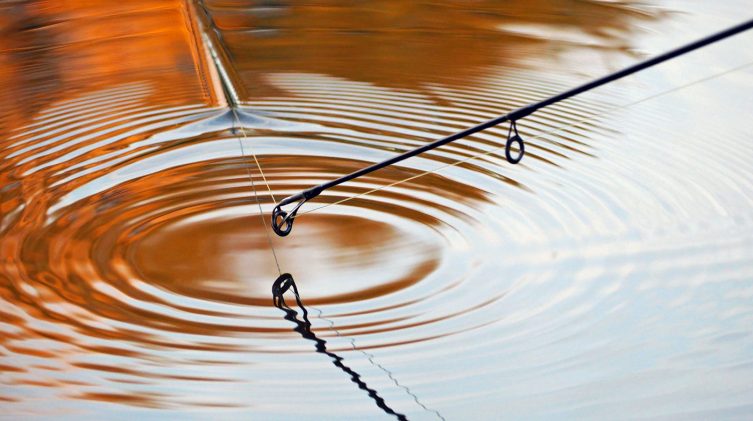