Fishing for the boys and a lovely holiday for their wives with carp to 35lbs and cats to 57lbs.

This week we welcomed three brothers and their wives who’d travelled all the way from Leicester to spend a week with us. The ladies were hoping for plenty of sun, while the guys were hoping for plenty of carp. Ian is the most experienced angler of the three and comes to France five or so times every year. Stuart and Andy are also French regulars but not to the same degree. At home and in France, they normally target much larger waters for bigger specimens but this time it was part family holiday, part fishing trip. 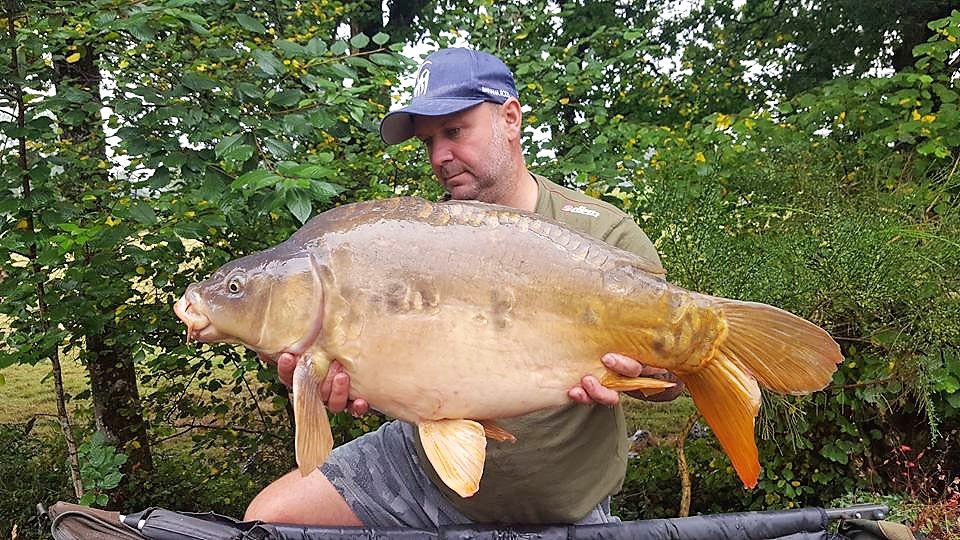 When I called in Monday they’d had just the two fish out. Ian had banked a 50lb catfish and been snapped up by something massive, Andy had had a mid twenty and Stuart had banked two kittens.

The temperature across northern France had fallen dramatically in the last week and as a result so had the lake temperature. This probably had a negative impact on the fishing so I wasn’t entirely surprised by the results. 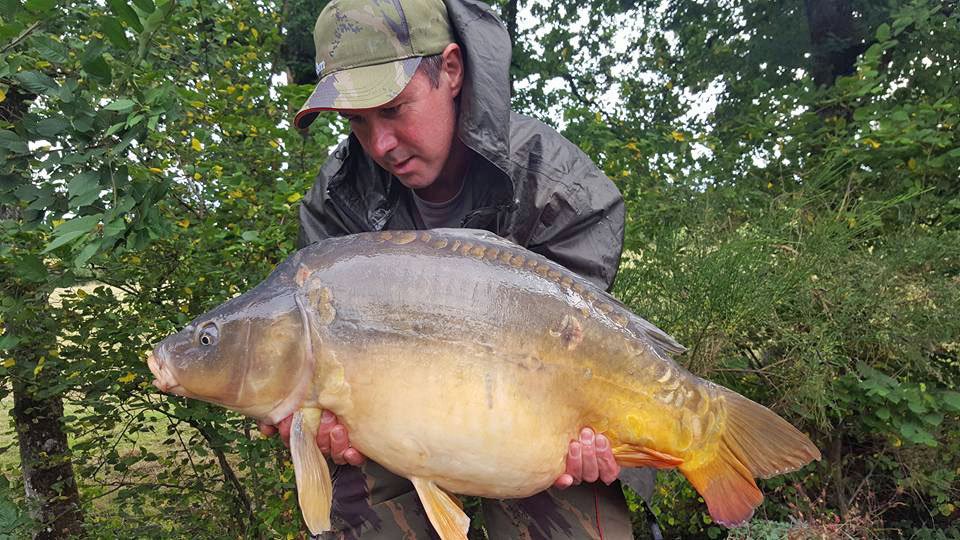 Andy messaged me on Tuesday night and wanted to try some of our 24mm Shrimp & Crayfish baits. I spent a couple of hours with Andy on Wednesday and talked tactics, rigs and hook sharpening. We saw plenty of carp rocking his marginal spots while I was there so we were hoping for a few takes. He did have one upper double common that day and at the end of the week he also banked the Duchess spawned out at 30lbs. 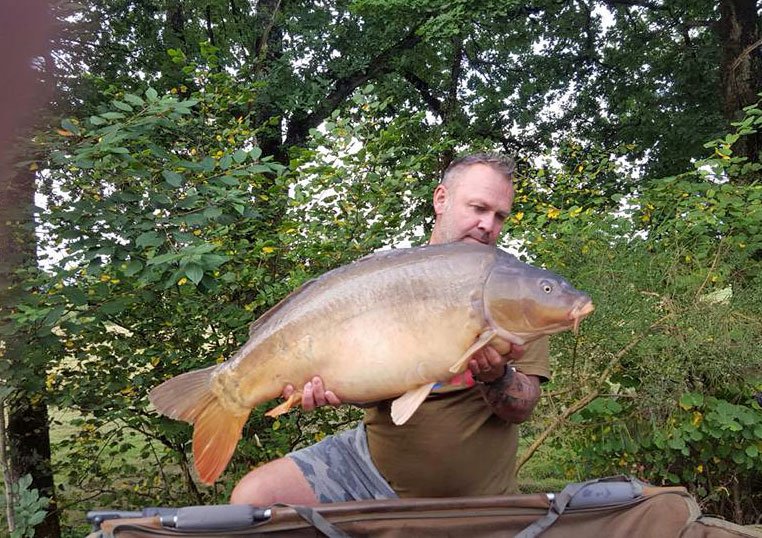 Using double 18mm and single 22m of DNA NuttaS, Ian started banking carp from Wednesday onwards. His best was Hyphen at 35lbs +. He ended up with 4 carp and 1 cat. Ian was only targeting the carp but it was obvious that he expected to catch a lot more than this from the venue. Beausoleil can be a tricky little water! 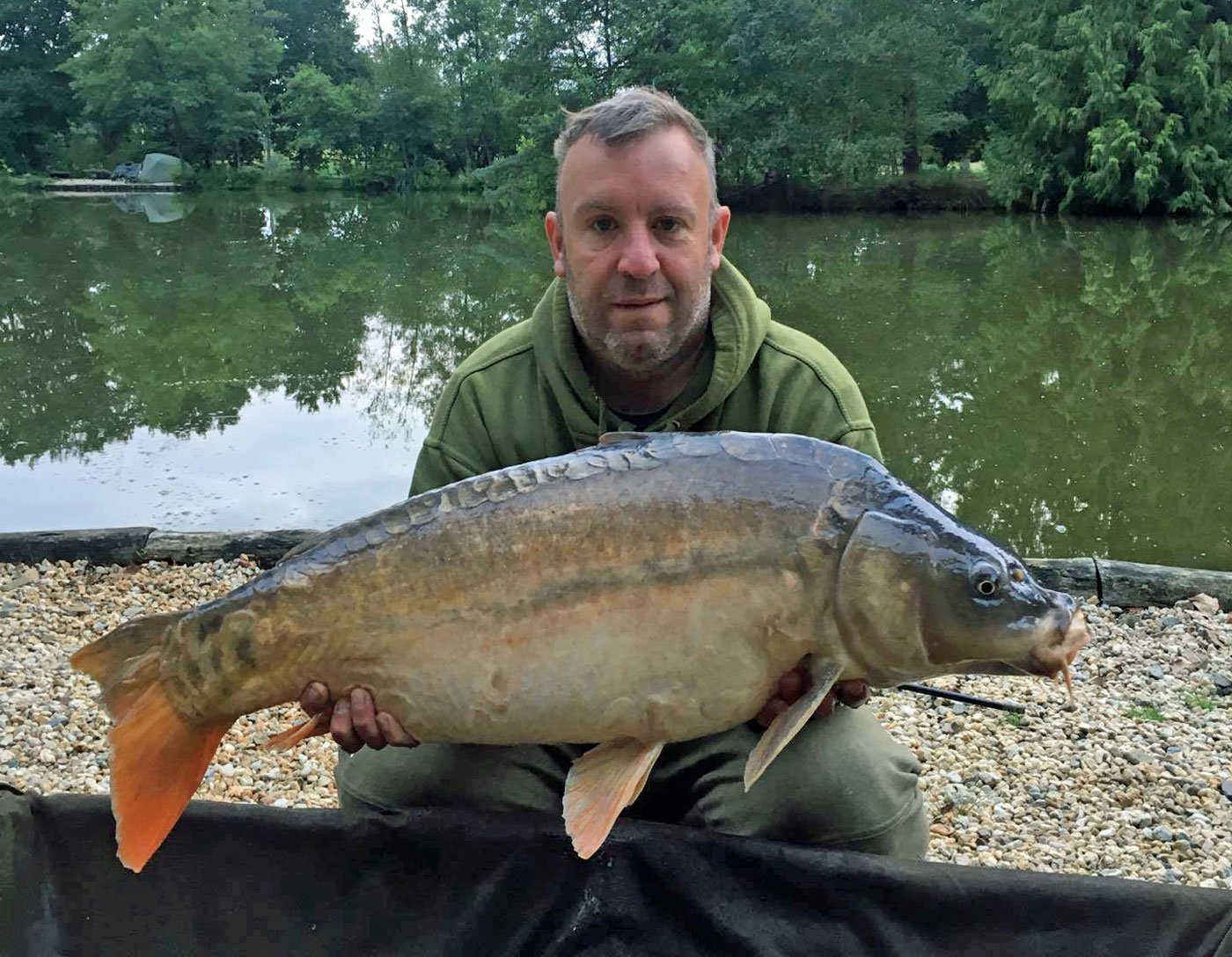 Meanwhile Stuart was also happy to do his own thing but seemed to spend his time as chief pest control officer! He was the only angler to catch a few kittens (now removed) and two baby carp of 3lbs! He did have a proper cat of 57lbs and one carp of 28lbs.

The ladies did venture out to explore the area but didn’t get the weather they wanted as it rained for two days. We wish the guys all the best on their next fishing adventures.

Big baits or doubles close to the margins. 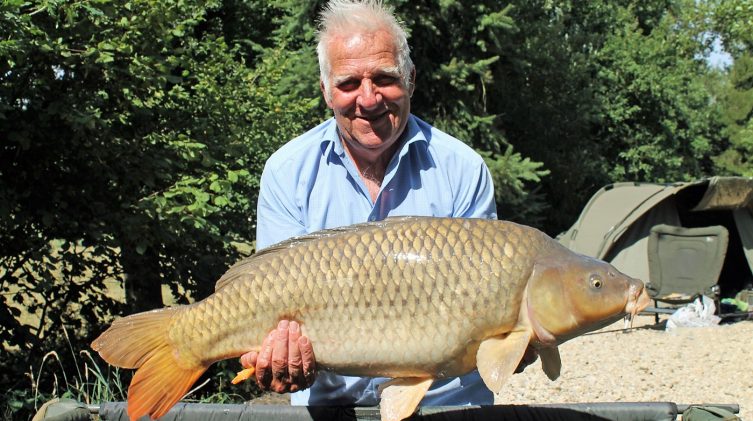 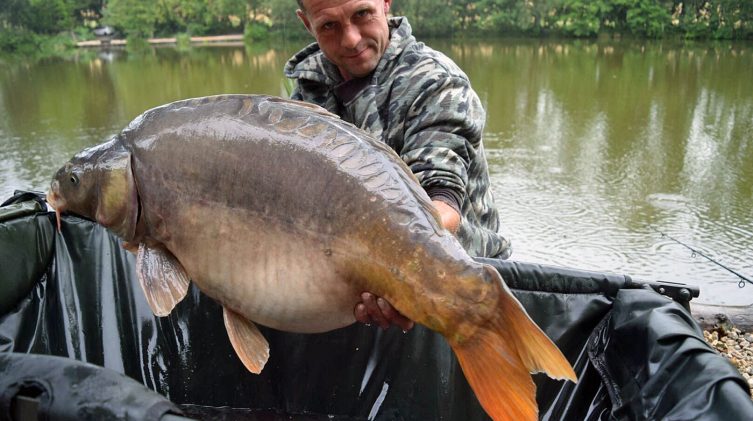