A good week’s fishing for Shane with 3 x 30’s and a 91lb catfish while the family relaxes in total peace and tranquillity.

This week we had the pleasure of welcoming Shane, his wife Julie and his father Frank to our little corner of fishing paradise. This was Shane’s 2nd trip to France and this time he was hoping for something a little larger than the 10lb carp he managed last time. With a PB of 20lbs and with the whole lake to himself, this was going to be a very different experience to the day ticket runs waters he’s used to.

It was clear from the off that Shane had done a serious amount of homework on the venue and had read and watched virtually everything on the website. Shane was ready for the challenge and had a plan. Initially, he wasn’t going to do any nights but you really need to night fish to increase your chances at this time of year. Fishing Beausoleil solo at night during catfish season can be challenging though so Julie and Frank took turns to bunk down for the night with Shane.

By Tuesday, Shane had one hook pull to report which was a shame but that’s fishing. At this time of year, we usually see a drop in oxygen levels as the water temperature rises so my first job was to survey the lake. As I suspected, oxygen had dropped to a level which would affect feeding activity in certain areas of the lake, so I suggested a move round to point ‘A’ and fish the massive gravel bar which lies in the outlet path of the aerator. The fish will hold up here when oxygen is lower and with the whole lake to himself it was an easy decision to make. 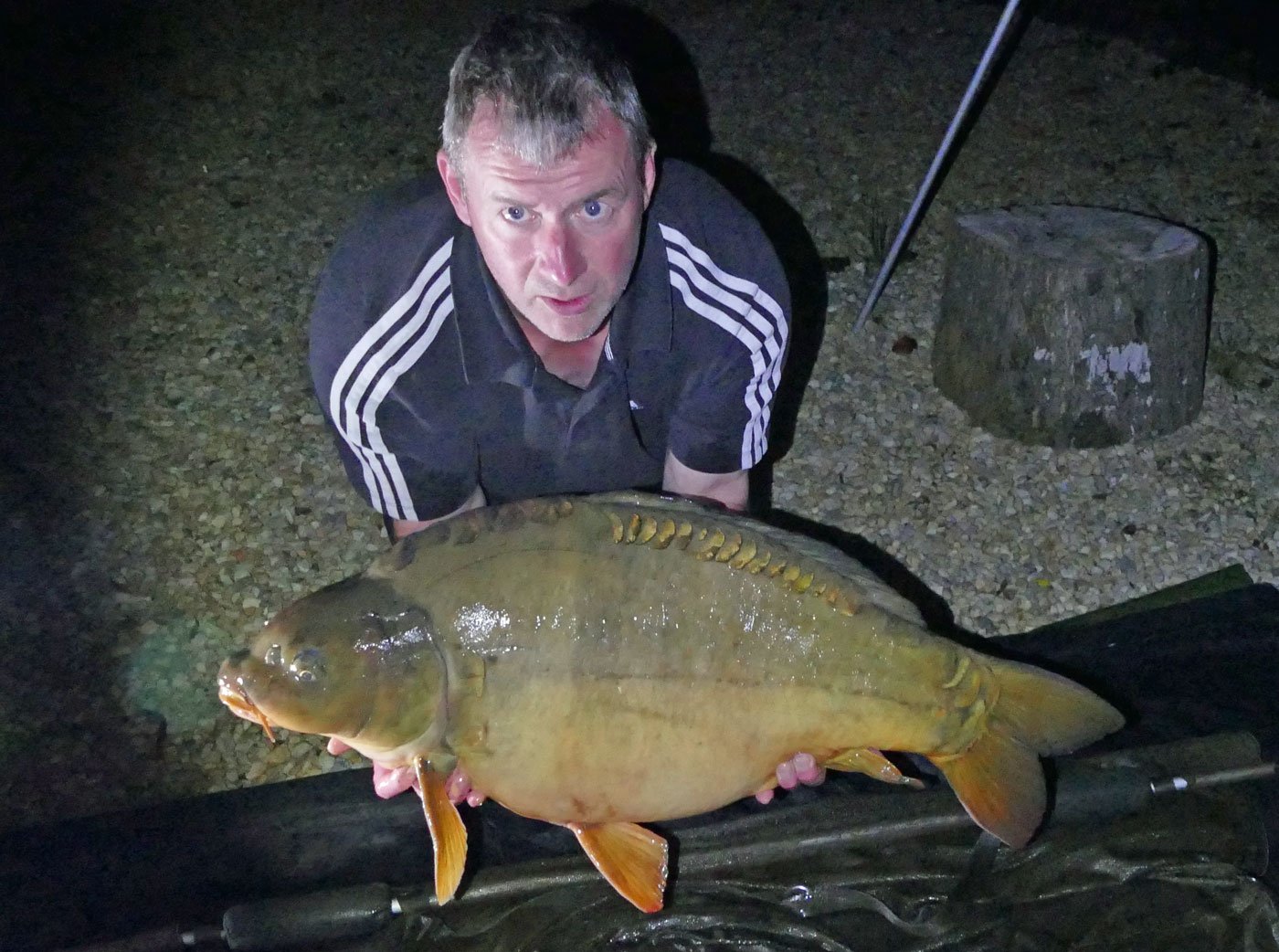 The homework pays off

Wednesday morning, we got the news we were hoping for… a brace of 30’s… a double take no less. Again, the Beausoleil ready tied double bottom bait rigs with 24mm Beausoleil boilies accounted for both fish. It was just a question of putting them in the right place! After a slow start to the week, Beausoleil had rewarded Shane well for his efforts. Code cracked, there was no stopping him now. Shane used the rowing boat to great effect and rowed out every rig accurately to hard spots he’d found with the prodding stick. After carefully dropping the rig on the money, he tipped 1kg of boilies slightly off to one side. The bait drew the carp in and the off bait rig was taken confidently. Shane went on to bank two more carp, the smallest being 27lbs. 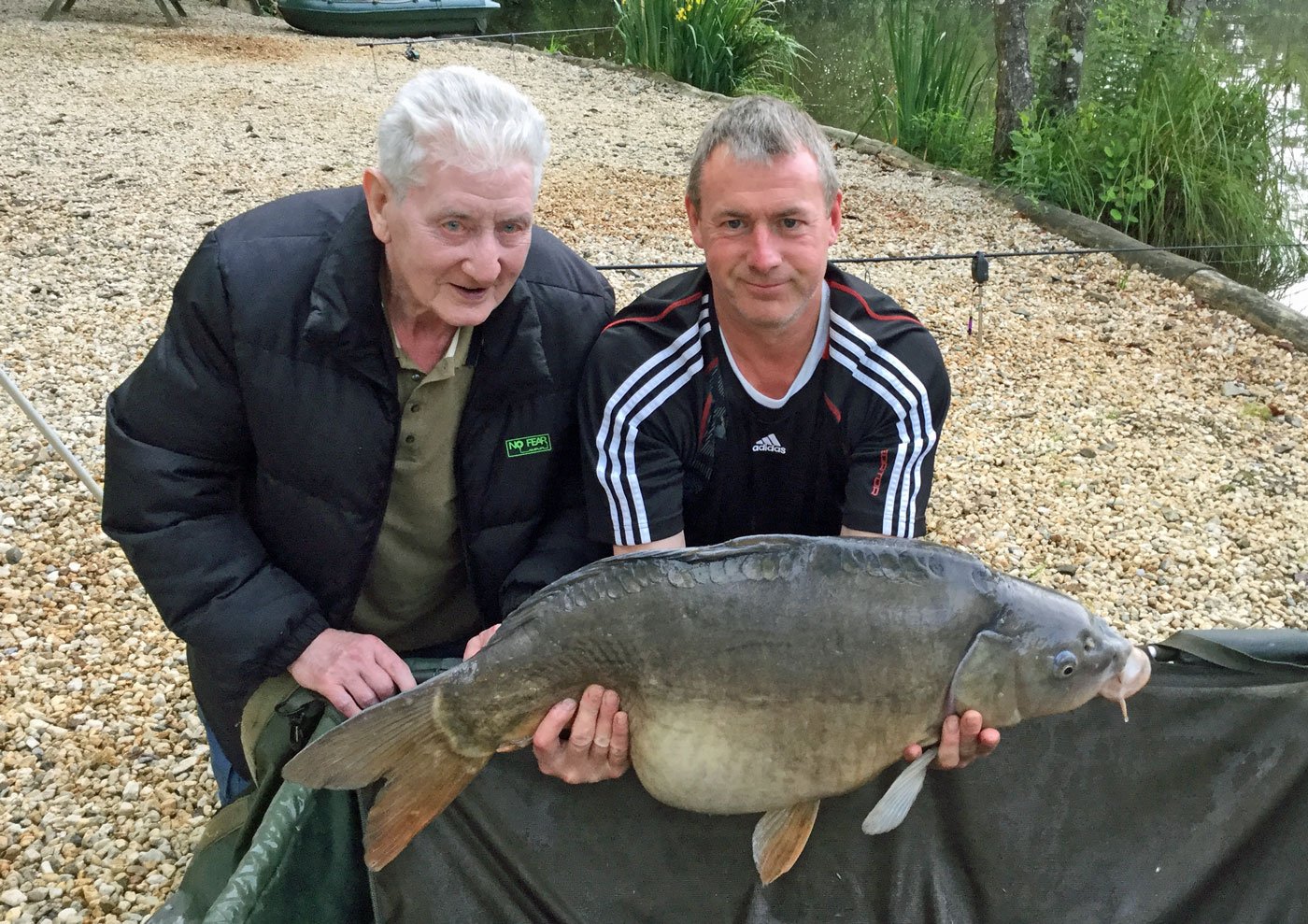 Thursday night, Shane connected with one of our monster catfish. Now considering he started the week with a PB of 20lbs and our smallest cats are 50lbs this was going to be the fight of his life by some margin! Shane got the pickup from point ‘A’ on one of his 1kg traps and quickly realised that he was into to something a whole lot more powerful. I would never advise anyone to specifically target the cats in home swim or point ‘A’ as this is where the island bridge and aerator are located. But cats being cats, they love a 1kg trap and it had been well and truly sprung! The initial run was towards the bridge. Thankfully Shane had followed our advice to the letter and spooled up with the Big Game in 25lbs. He also took the “bucket test” as it’s now known so had total confidence that the connection from fish to reel was good. Confidence is everything at Beausoleil and he was able to give it all he had and stop this catfish going through the bridge… fair play! The cat then changed tack and went for the aerator. I have no idea how he managed to steer it away from it the but he did! Then the cat went for the end of the island and Shane knew that it would result in him getting towed round in the boat if it did so he held on for all he was worth and again managed to turn him. It took a herculean effort to control this cat in the water available. Julie stepped in for the finale and helped to bundle the catfish into their 50” net while dad cheered from the sidelines in the middle of the night! That was such a special moment for everyone that Shane asked us to feature his dad with the catfish in the photo as it would mean so much to him. 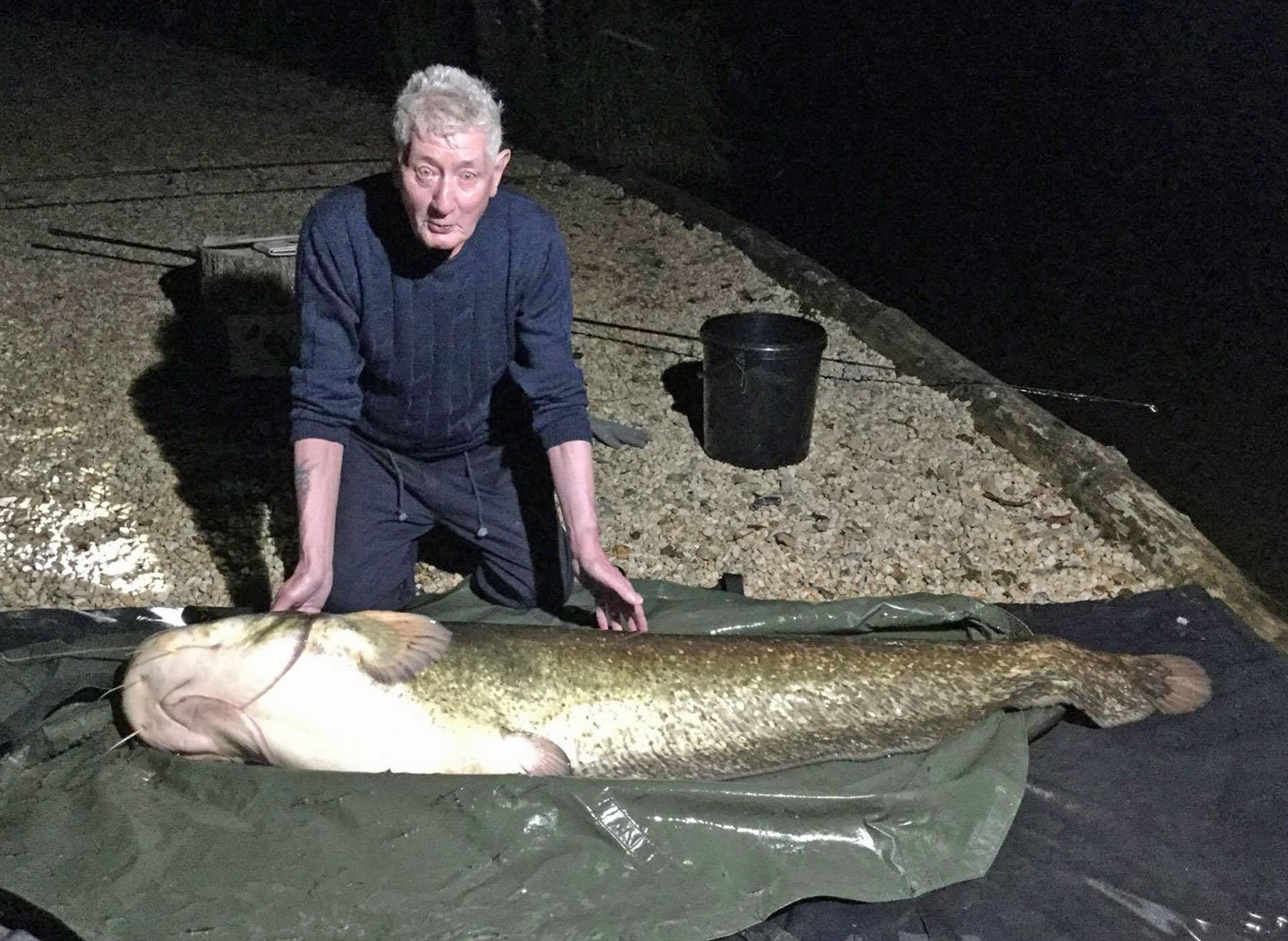 Not only had Shane followed our advice on mainline but he was also using our 45lb catfish rigs for all species which is a smart move at this time of year. Also fundamental to his success were the Shimano Big Pit reels and some quality 3.25lb TC carbon.

With an early departure on Saturday we called in to see them on Friday to catch up with all the excitement and hear all the stories! Shane, Julie and Frank are super lovely folk and it was so wonderful to hear how much they loved the place and are planning to return in 2019. Frank even asked to be left behind as he liked it so much and he wasn’t even fishing! It was an absolute pleasure to meet them and we very much look forward to seeing them in a couple of years.

Point ‘A’ in front of island and to the left of the aerator. 1kg boilie only bait traps of either Beausoleil’s Nutty Banoffee or Shrimp & Crayfish in 24mm

One night thundery with rain, the rest of the week was hot and sunny.

Fantastic, everything we needed was there.

Matt & Irène were fantastic hosts. Nothing was too much trouble. Very helpful and gave advice on tactics etc. Very warm, friendly and welcoming, really lovely genuine people. Please don’t forget Frank's request for a cabin on the Island and a job as grounds man! Can’t wait for 2019, see you then! :)
Share this - 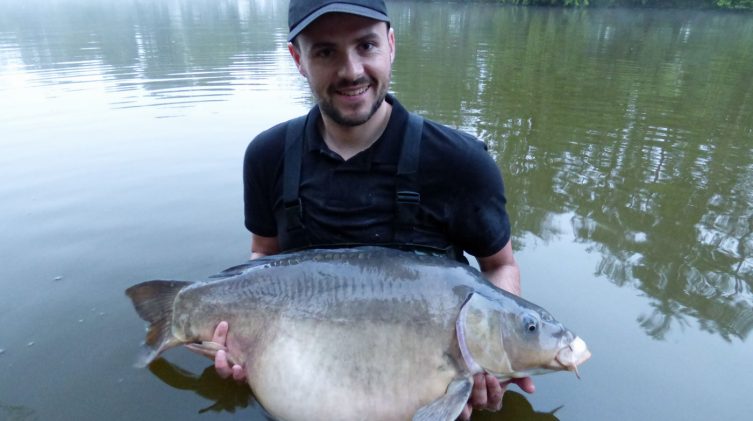 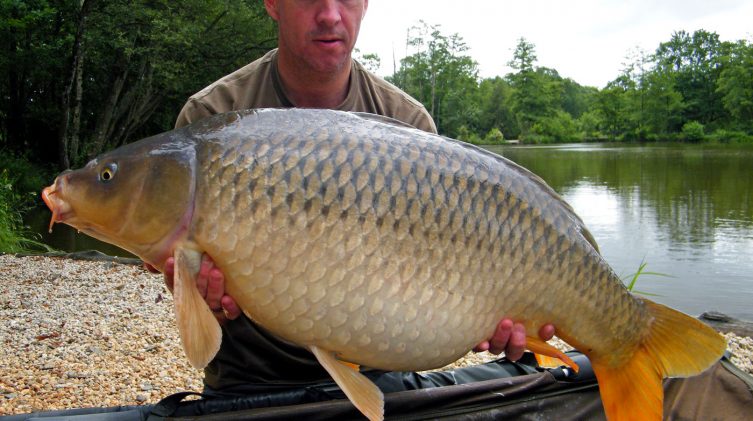