This week we welcomed our first ever group of anglers from Belgium and considering the massive amount of choice European-based anglers have, it’s great to know that our venue makes an attractive angling proposition for them. The lads got off to a steady start and by Tuesday they’d banked one large catfish and seven nice carp. As usual, I spent a very pleasant few hours on Tuesday talking to them about carp and cat fishing and how to get the very best from the lake. As is often the case my little hook sharpening tutorial went down very well and I showed them some of the better hidden under water features that are difficult to find without many hours of exploration in the boat. As they had to leave early we went to see them again on Friday to see how they’d got on. We were delighted to hear that they’d banked an excellent number of nice carp and a couple of big catfish. While we were uploading the photos, we had a look through their catch report and were initially a little surprised that they hadn’t banked many carp over 30lbs. It soon became clear that they’d taken the weights in kilos and then converted them to Dutch pounds. There are two Dutch pounds to the kilo rather than 2.2 British pounds and suddenly we were looking at a very different score sheet! 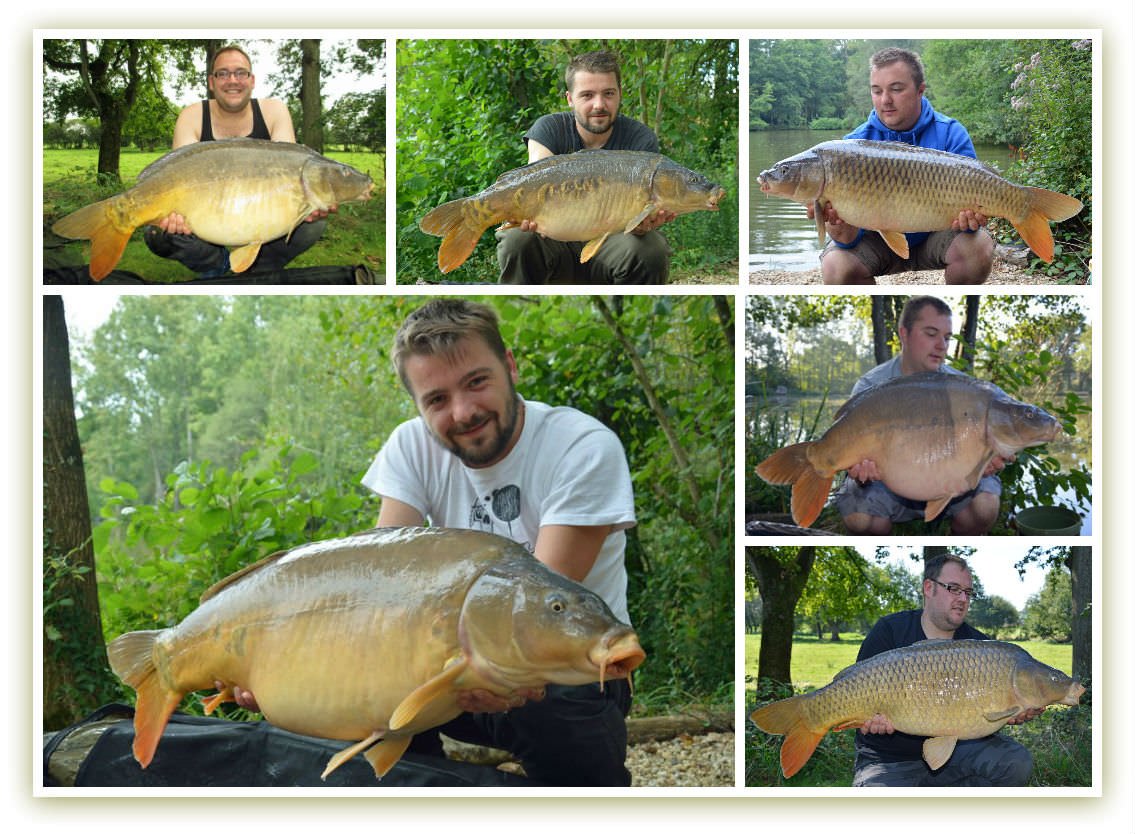 The big news of the week was that Philip had banked a massive catfish of 47kgs which converts to 103lbs 10oz. We are very confident that the weigh in was accurate so this means that we have another lake record catfish! We’ve gone through the photos and can confidently say that this catfish is definitely a different one to our first 100lb catfish that was landed earlier in August by Allan. It’s just incredible to know that we now have two cats that break the three figure mark especially when you consider that the lake is only 4 acres! Needless to say Philip was ecstatic with his capture that came from Snake bank to a single boilie presented along the margin that was lightly baited, crumb trail style. It took just 30 minutes to land which is very good going. Philip also caught some of our very pretty new carp and only one didn’t make the 20lb mark.

Stefan was top rod with eleven carp in total including the two largest carp which were mid/upper thirties. Not to be outdone, Tom banked some nice 30’s too and a big 70lb catfish. Unfortunately Yves had to abandon his session after a couple of days due to health problems but he and his wife very much enjoyed the home comforts available. The guys absolutely loved the venue and were delighted with their results. It was an absolute pleasure to meet them and we very much look forward to seeing them again in the future.

Tom and friends
Dates at Beausoleil: 30th August to 5th September 2014
3 and a quarter anglers

All the swims we fished from produced. We used spread out baits, single or double hookbaits. Use of a bait boat is definitely a big plus.

Around 25C all week, sunny most of the week.

Beautiful venue, had a great time here! Special thanks to Matt and Irène for their hospitality and tackle advice and tips that really helped out! We’ll definitely meet again! Bottoms up. The “Belgian” crew.
Share this - 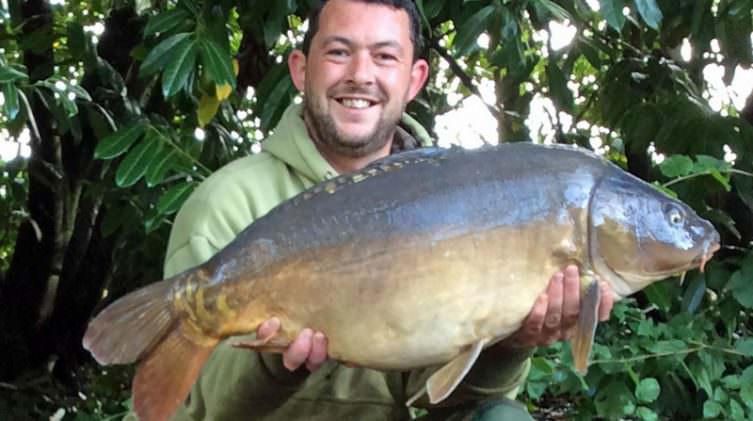 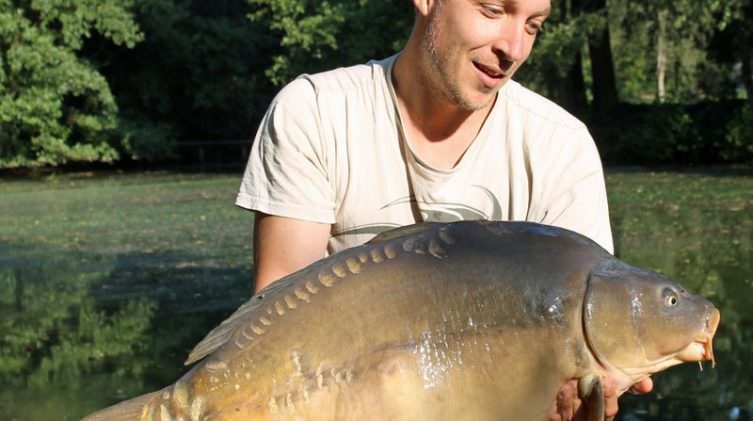