A mammoth two week carp & cat fishing holiday session for this great group of northern anglers with carp to 37lbs and cats to 84lbs.

For the last two weeks we had the great pleasure of welcoming back Ben, Ian, Jamie and Chris to the venue. Three years after their last session, the guys were blown away by the quality and quantity of work done. Being July, it was easy to spot multiple big fish hanging in the upper layers during the lake tour. Despite the fatigue, this spurred the lads on to get fishing straight away and it’s a good job they did as they had three out the first night!

After the excitement of arrival and catching from the off, Sunday was a very quiet affair but Ian still managed to up his PB from 13 to 37lbs early Monday morning when he banked Chestnut! On Wednesday, we spent a few hours focusing on hook sharpness. The lads had purchased some of my handcrafted rigs to kick off the session but without proper maintenance the hard gravel and rocks will render them useless very quickly. The hook sharpening worked and the boys had multiple carp between them over the next few days.

With the benefit of this longer than usual session, Ben came to the same conclusion as me that these carp are getting away with it far more often than we dare imagine. We get cleaned out time and time again without so much as a beep sometimes. Ben fancied trying something radical on the rig front based on a chod rig. Thanks to the success of various anglers at the venue this year that had tried some more radical rigs, I suggested tying one directly to a Korda COG lead system. Ben loved it! I thought it looked good but only results would tell. That night Ben nailed two carp on the rig that were clearly baffled by it and unable to deal with it. This rig is the perfect companion for my hand rolled cork balled popups and when bites are hard to find, it’s definitely on the recommended list. Ben continued to catch on this rig throughout the session while others struggled for pickups so it’s a winner even when the conditions are tricky. Hook holds were middle of the bottom lip and they weren’t going to drop off! This has given me plenty of food for thought and I’ll be conducting further tests and experiments along these lines this autumn. Tactically and technically, Ben’s approach was spot on. 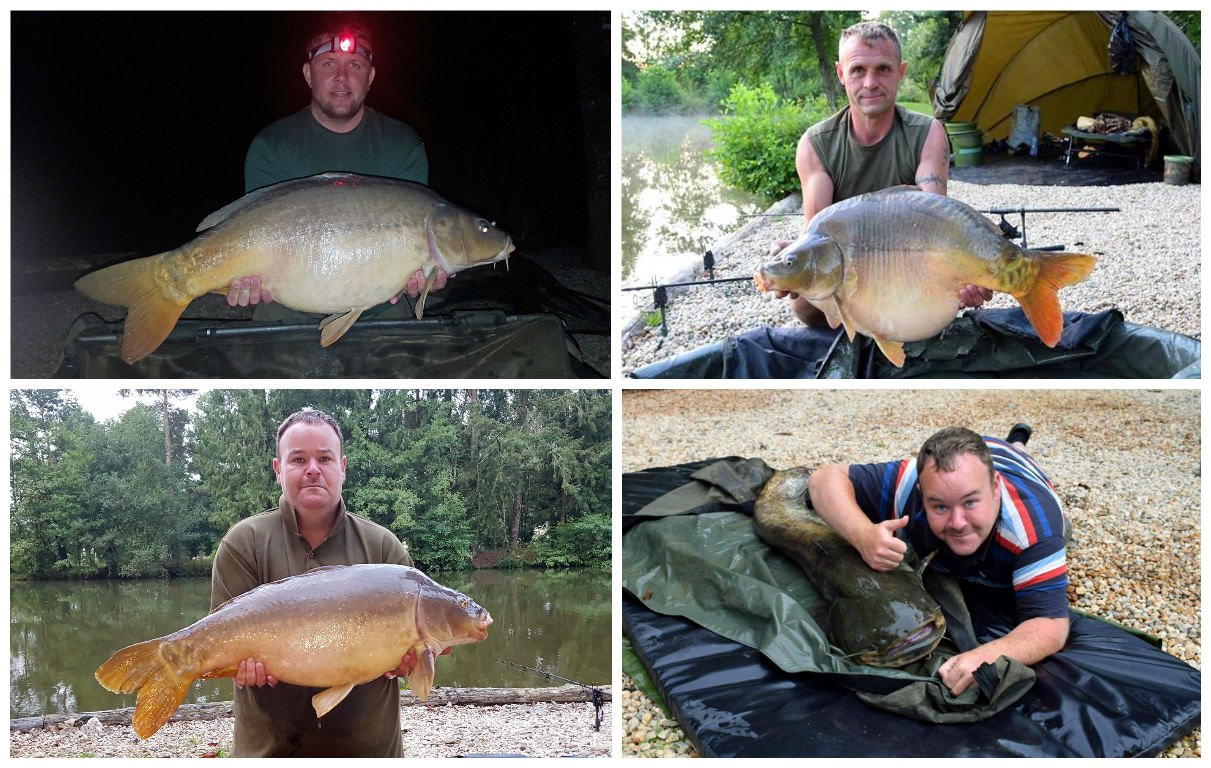 Inspired by Ben’s success, Jamie followed his lead and despite a slow start (thanks in part to the way his Atom bait boat managed to routinely dump his rig into a useless mess), banked multiple carp and a massive 84lb catfish that gave him the fight of his life! Ben even had to sit him on a log half way through the battle as the pain of the strain got too much.

Ian started well with a good carp and sturgeon but then all went quiet. I didn’t notice until the end of the first week that there was an error on his knotless knot. Back in the game, he got smashed up by another massive moggie and to be fair there wasn’t much he could do and he finished with one more carp. Chris was the new boy this session and despite the fact that he caught his first carp 30 years ago he’d never been to France before. Chris struck gold first night when he caught one of the new Royale carp at 32lbs but with no long carp session experience to go on, it was a real struggle thereafter. Despite the lack of success on the fishing front, Chris remained determined and confident to the last that his luck would change so big congrats for that. Chris absolutely loved the venue and the challenge and was talking excitedly about returning next year. It was a real pleasure to meet the lads again and it’s great to know that that are already making plans for a return session!

Ben & friends
Dates at Beausoleil: 23rd July to the 6th of august (2 weeks)
Number of anglers: 4

Points A and C were the best two swims. Matt’s cork ball popups fished over a spread of 24mm Beausoleil boilies.

WiFi round the lake would be nice :) 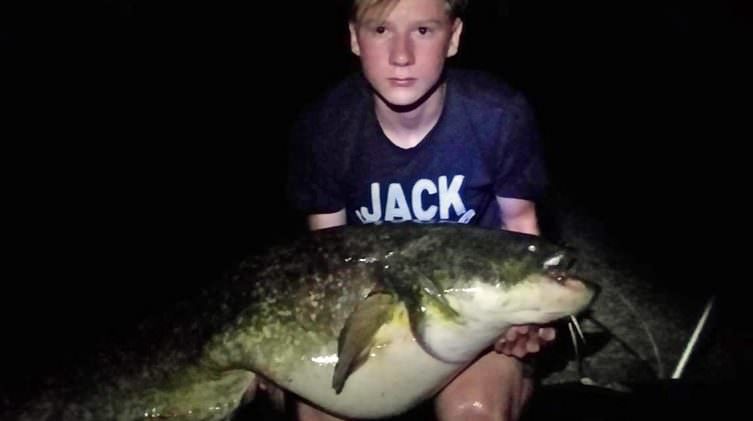 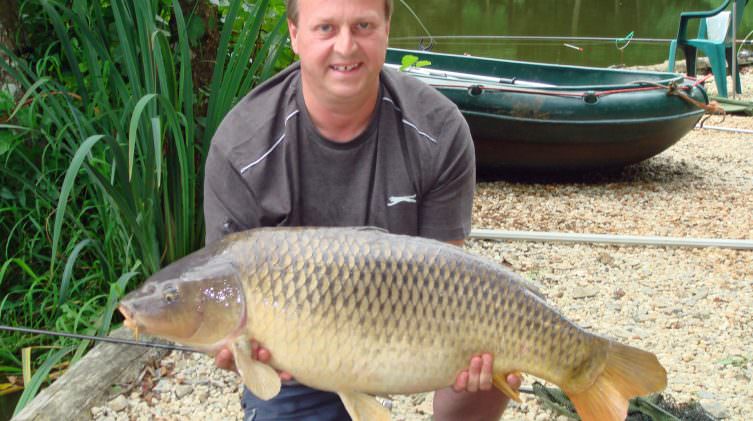