A short fishing trip to France turns into the session of a lifetime for a nine year old boy who lands the first ever brace of 100lb+ cats and carp to 38lbs.

This week we welcomed Lenny (dad), Dani (mum), Lennon (son) & Ruby (daughter) to the venue for the first time. Due to a hectic work schedule, they only arrived late on Monday. I already knew that it would just be young Lennon fishing and during the lake tour I pointed out a few good spots to try. Signs of fish movement were clear to see and they opted to start off in the point swims.

Lenny is a very serious big carp angler and fishes a secret water 3 nights a week for a handful of very special carp. Young Lennon has been fishing regularly with his dad for many years already and despite his age already has a UK PB of 28lbs! I was delighted to see the look of enthusiasm and excitement on the boy’s face as we stalked the margins looking for the faint signs of carp. At the end of the tour, Lennon proclaimed his approval of his dad’s choice by declaring, “the place looks great dad, can we set the bivvy up now?”. Poor dad was knackered after the long trip but who could possibly say no to such an enthusiastic lad?

Tuesday morning, eyes still bleary from a good night’s sleep, Ren and I had to read the Facebook message a number of times and then watch a video clip of Lennon a number of times because what we were seeing made no sense… Lennon had caught a 103lb catfish first chuck! Apparently, he’d just cast out and as was readying the 2nd rod when the clutch went from 0 to 100mph in the blink of an eye! Although dad had to step in to help out during the fight, Lennon did everything himself including tying his own 7″ stiff rig. The whole family were on massive high and we could hardly believe the news ourselves.

Sometime before lunch the next day, Lennon was in again on a hinged stiff rig. He’d only gone and tricked one of our A-list carp known as Mr. Angry at 37.5lbs! From this point on, all the normal rules of fishing for young boys went out the window as over the next few days Lennon banked Dink at 38lbs, Jess at 34.5lbs and two upper twenties and another catfish of 62lbs.

Was that enough? Nope, the kid’s a machine!

His next capture defies belief to be honest. We both walked round in a daze when we heard the news that Lennon had banked a 106lb catfish (new all time lake record!) and this time, kept control of it for the entire duration of the fight. Braces of 80lb catfish are rare for us, no-one has had a brace of 90’s as for 100’s? You’ve got to be kidding me right? Last year there were only two catfish of 100lbs landed so for a young boy to land two in the same week is just bonkers! I’m not sure anyone will come close to beating this for a long time!

What was really impressive was how much of the fishing is done by Lennon. His dad’s taught him everything but he doesn’t fish for him. Lennon proudly showed me some of the rigs he’d tied, stiff rigs and stiff hinged rigs, which are not easy to do. I’m really fussy about rigs and to say that these were perfect in every way still wouldn’t do them justice. Our carp are getting better and better at doing rigs and unless they are spot on you will blank! All the rigs were cast by Lennon and he does all the baiting up himself. He’s spent a lot of time fishing a very large gravel pit back home and can hit 70 yards routinely. Currently Lenny is teaching him how to feel the lead down each time. An essential skill in carp fishing. He’s making good progress with this but it will take some time before he can hit the mark and get the donk every time. No wonder, it’s one of the hardest techniques to learn!

It was an absolute pleasure to welcome this incredible fishing family to Beausoleil and they loved the place so much that they’ve already re-booked for later in the year. Before they left, Lennon told me all about the spots he’d indentified for his next trip. I just stood there with my mouth wide open as he chatted away telling me what he’d learnt about the water! Now that Lenny has seen firsthand the quality of our stock and the challenges the lake provides, he’s decided that he wants in on the action too. And who can blame him, it is a lovely place to fish!

Lenny and family
Dates at Beausoleil: 4th to 8th April 2016
Number of anglers: 1

We stayed on the point swims as Matt pointed out some good spots. Must listen to him for best results. All fish were caught on their own sausage oil freezer baits on either stiff rigs or stiff hinged rigs. Baiting tactics were spreads of boilies and a small amount of pellets.

Sun & rain. A little unsettled but fine. The kids had lots of fun.

Spotless, very welcoming and Matt & Ren could not have been more helpful. 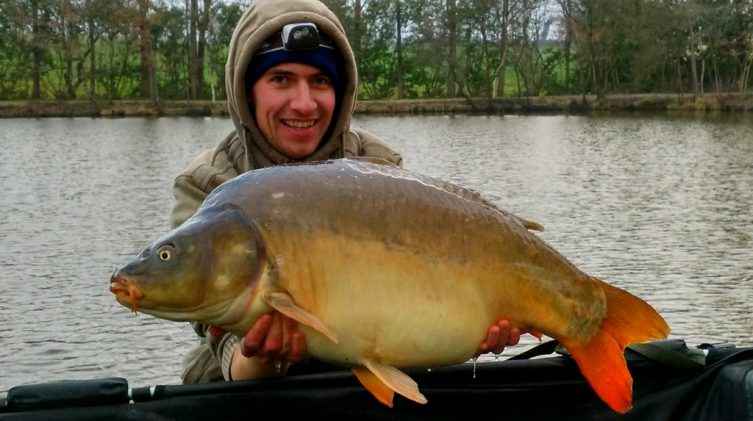 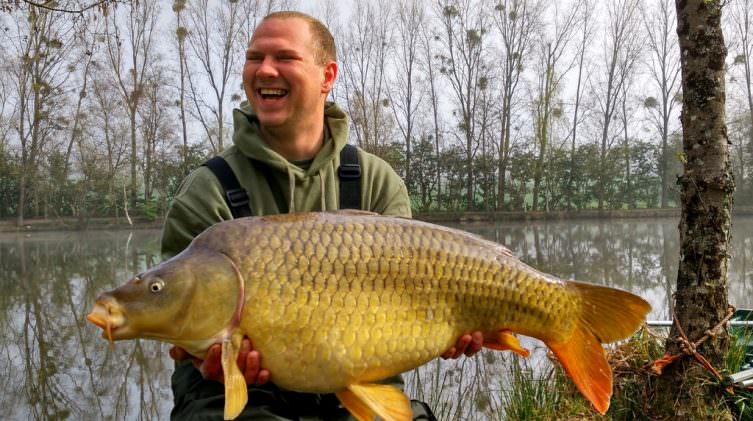