This week we had the great pleasure of welcoming a group of anglers from Surrey on their first trip to the venue. They have done a number of years on club waters but don’t have much experience on anything more challenging. This was to be only their 2nd trip to France and they were hoping that it would go better than the first. By Monday, Dean had opened the batting with a 27lb mirror followed by a 37lb mirror. Skills! Tony was next to make the magic happen with a brace of mirrors of 34lbs and 38lbs. Get in! Alex was a little slower off the mark but bagged a quality common of 24lbs. Having taken the early lead, Dean winkled out the next three fish including another brace of 30’s. Sweet!

Everything was going swimmingly really, and then Beausoleil decided to up the ante to a whole new level. Alex was fishing tight to the island margins from the island point swim when his right hand rod leapt into life. Something very large and very powerful had picked up one of our tiny Nutty Banoffee popups which was wafting attractively on a stiff hinged rig.

Now Alex is no weakling, in fact he’s a true man mountain of some 22 stone, strong and fit with it. He’s also a skilled and experienced angler but nothing he’d ever hooked had prepared him for this. The unseen beast proceeded to rip 30lb mainline from the tight clutch of a Sonik Tournos 10000 reel and make 80+ yards only to run out of water in catfish corner. Unable to find sanctuary there, it made it over to the other corner of the lake as Dean frantically wound in all his rods to prevent disaster. With the fish so close to the margin Alex was on, they attempted to pass the rod round the trees in order to get a better angle on it. Five trees in, the plan was abandoned and Alex and Dean took to the boat in order to change the angle. Alex described feeling like captain Ahab as he chased the beast of his dreams across the water! With both Dean and Alex in the boat, the cat proceeded to tow their combined weight of 44 stone (that’s not including the boat by the way) steadily round the lake. Despite Dean’s best efforts on the oars (encouraged by Alex shouting, “Row Dean, Row!”) this was not a game that they were going to win from the boat so Alex wisely slackened off the clutch and managed to get a hand hold onto the catfish swim platform where Tony was waiting. After a bit of juggling Alex was free to concentrate on fighting this monster from dry land. It took 2.5hrs to subdue the beast and at 96lbs 9oz Alex was absolutely blown away by the experience. It was very much a team effort and we’d like to congratulate them all for enabling this catfish to be banked.

Check out all the fish caught this week in our October gallery.

The guys were planning a very quiet day on Friday, a slow pack down, and ready for an early start on Saturday morning. The plan worked perfectly but was rudely interrupted by a brace of upper 30’s to Dean just after lunch… the cheek of them! It was an absolute pleasure to meet these anglers and we are delighted that they already have a week booked with us for next May. It was great to see some of our A-list carp out this week. All but one fish fell for one of our home made popups on a stiff hinged rig fished over light scatterings of 24mm Beausoleil boilies. Simples!

Tony, Dean Alex and Wayne
Dates at Beausoleil: 1st to the 8th of October 2016
Number of anglers: 4

Nothing, maybe a food package.

Excellent hosts, big thank you to Matt for sharing his knowledge and teaching us new skills.
Share this - 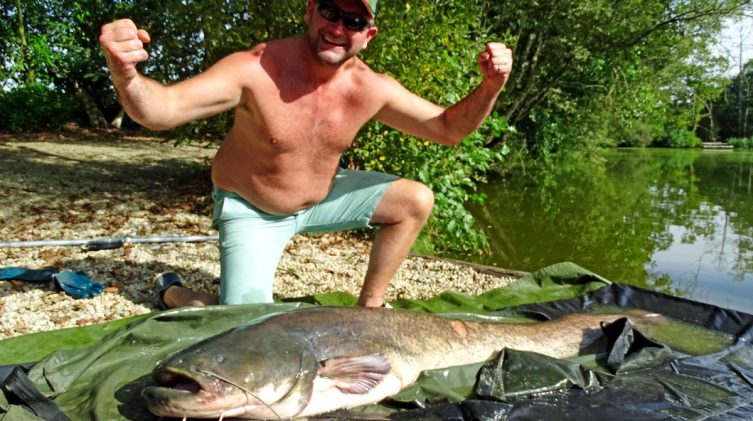 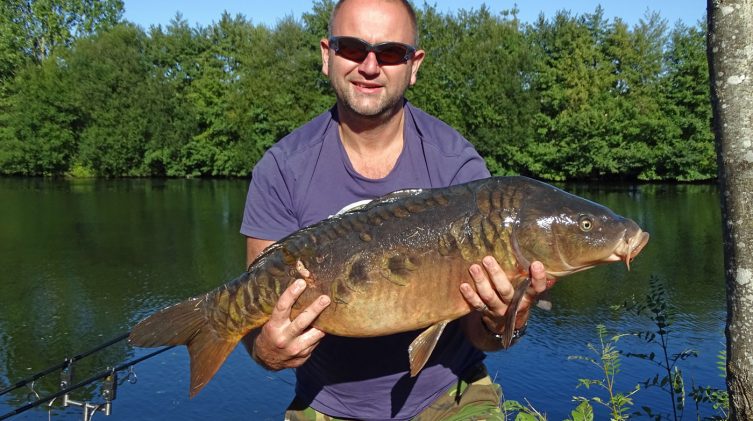