Here’s how these angling friends caught 8 big wels catfish in a week at one of the most beautiful fishing venues in North France.

Photos, words or even videos still cannot adequately describe the experience of catching catfish in excess of 90lbs within the confines of a beautifully tree-lined 4 acre estate lake.

The power of these creatures has to be experienced firsthand, only then can you fully relate to the experience!

This week’s lucky anglers happened to be some mates that had booked up their French fishing holiday over a year ago for a crack at these beasts. It would be the first time they’d ever caught catfish and some had been dreaming of the moment for 4 years!

They were not to be disappointed.

They’d also very kindly invited me along for the week to do some filming work. I did do a little fishing myself but my main focus was to ensure they had an awesome time and wanted for nothing. So I donned my chefs’ apron, and with a camera in one hand and catfish gloves in the other, prepared to go all out for some monster moggies! 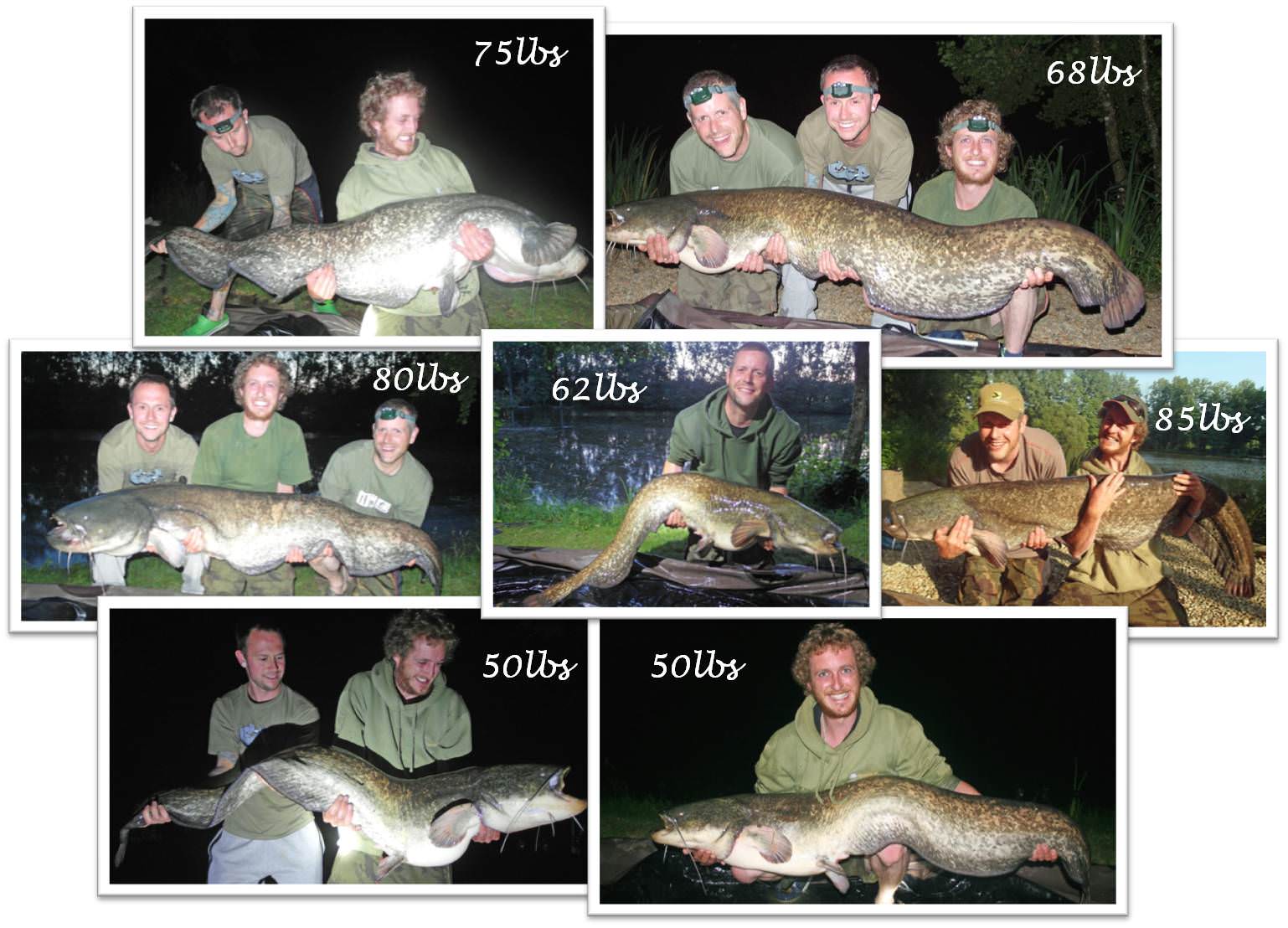 After getting a couple of carp on the bank during the first night of fishing, first in for catfish was James on Sunday night, from the Point Swims, and when we weighed his first catfish at 68lbs, we should have known that this was only the beginning!

Although James’s main target was his first 30lb carp, the cats were active in the margins and nailed his carp rig without much thought.

This is one of the reasons why I advocate such strong terminal tackle even when targeting the carp (See article: “How to land the big catfish”). So the lads had got their first look at one of my larger pets and were eager for more.

They did not have to wait long! 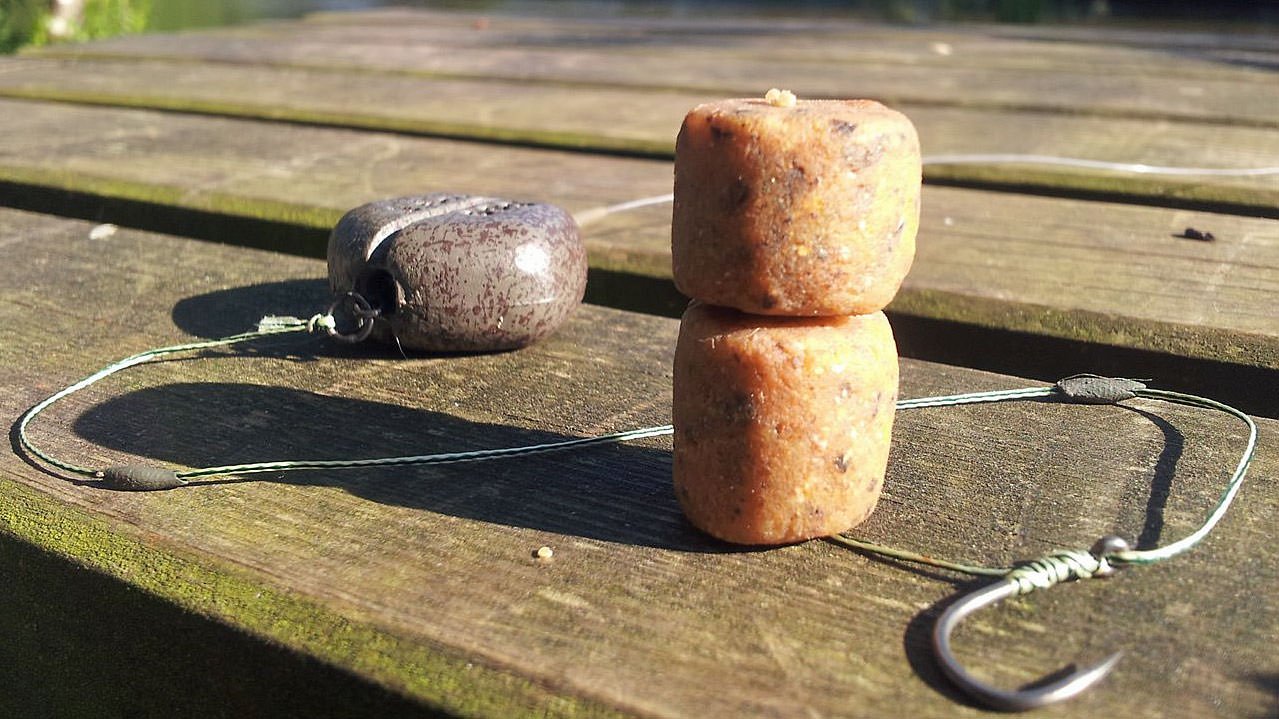 Ritch was the less experienced angler of the group and had only been carp fishing for 4 years. In actual fact the thrill of catfish fishing was what got Ritch into carp fishing in the first place. Lacking confidence to tackle the catfish straight away, Ritch focused on learning how to catch carp and then, when the opportunity arose to book a week with us, he grabbed it with both hands.

He’d seen the photos, done the research and now he was ready and what a way to start.

His first one went 80lbs!

The big cat came in without too much difficulty and within 30 minutes he was on the bank and the celebrations could begin. We were all delighted for Ritch as we knew how much this meant to him. Ritch stuck to classic cat fishing tactics and fished a 40mm pellet over a large bed of pellets and boilies.

Next up was Mark, or Perm as we call him (note the hair!).

Again Perm was not targeting the cats specifically but they were in a playful mood and were happy to nail his carefully laid carpy trap. Perm was fishing down the back channel with the island point to his right and the island bridge to his left. This is certainly not a place where you want to hook a catfish as the chance of success is low.

After a spirited fight of some 45 minutes, Perm won the day and thoroughly enjoyed the experience.

I also landed my first cat of the year at 56lbs but things got complicated when the cat picked up both of Ritch’s lines.

At one point we had three of us playing one cat! 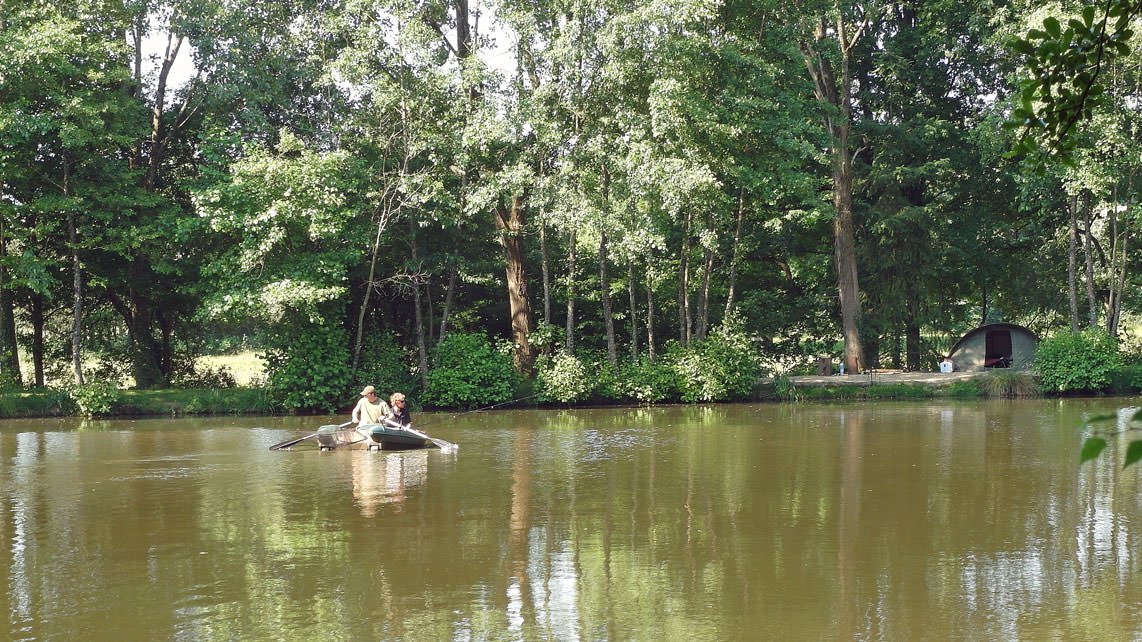 James went on to take an 85lber just 10 minutes after dropping a carp rig off the island point.

The take came in glorious afternoon sunshine and we shot some great footage. Not for the first time in the week, I got in the water to glove the catfish and James was blown away by the proportions of the fish. Perm also went 25lb better with a 75lber. This one took 2 hours to land from his tricky swim and at one point was 100 yards away!

All but one were taken on 2 x 22mm homemade Blue Oyster baits over chops and pellet coupled with the Beausoleil universal carp and catfish rig, which proves how successful this combination can be!

So those were the successes, but we had some failures too.

In total we lost approximately six big catfish. One of them was lost after spending a hectic 20mm in the boat chasing after it! The heat really got the cats excited as is often the way in July and some of them were simply unstoppable (despite taking ourselves and our gear to the very max!).

All of these were mainline failures.

What we realised during that week is that some of the mainline failures were caused by the ultra sharp pectoral fins of the cats. The only way to reduce the risk of mainline failure is to use 3ft of rig tubing.

Angry catfish certainly can be a handful but with decent gear and the right approach they can usually be tamed.

If you think you’re up for the challenge, then the catfish fishing at Beausoleil in July takes some beating! 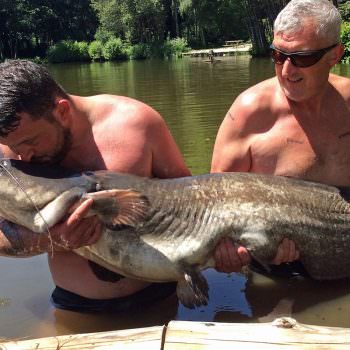 How to catch catfish in lakes: tackle and tactics 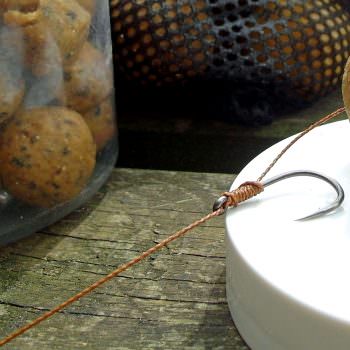 How to tie the best catfish rig for lakes 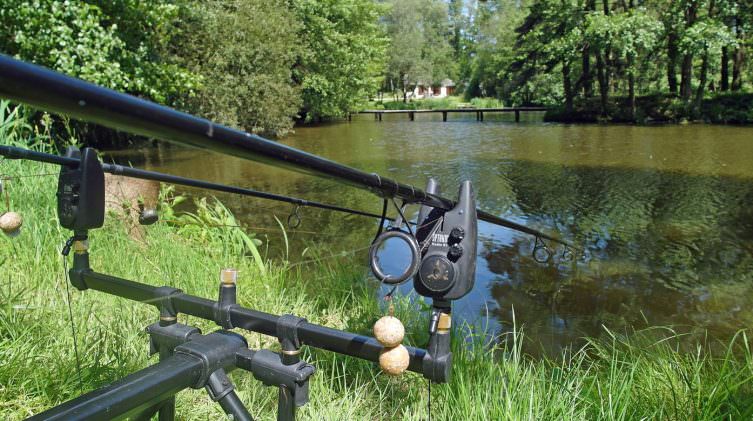 Previous Post - How to avoid the attentions of crayfish 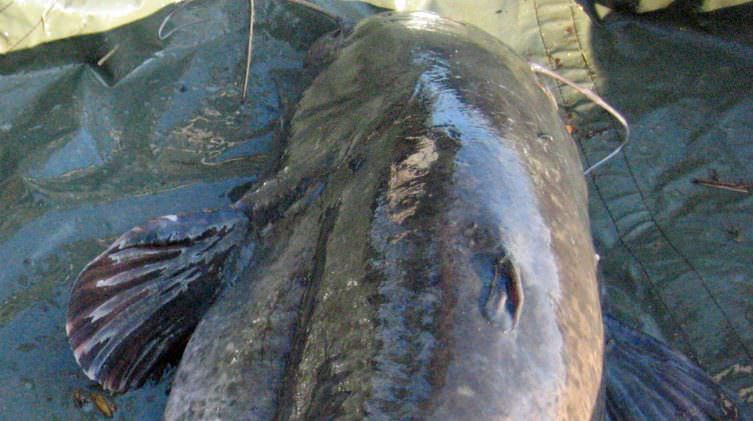 Next Post - Catfish rigs: How to avoid your line breaking