A dream French carp fishing holiday with carp to 48lbs and cats to 107lbs!

This week we welcomed father and son team Jamie & John for their third trip, and brother in law James on his 2nd holiday to France and first trip to us. Jamie had been aching to return to the venue following their last visit in 2012. Beausoleil has changed an awful lot since they visited!

This is my 3rd visit and as always the place was immaculate! Matt gave us a tuition on Sunday which changed my whole outlook on my set up, we wouldn’t have caught without it! Matt and Irene couldn’t be more helpful and I’m looking forward to booking again soon. This is truly a special place. We banked catfish up to 107lb and carp up to 48lb.

A whole new way to fish

With a new family, Jamie’s fishing time had been very limited during the last few years so despite the fact that he’d been before, he booked a day tutorial to make sure they got off on the right foot. It’s no exaggeration to say that after the first hour I’d blown their minds, especially looking at their rig setup, knot testing and understanding what a good hook looks like. During this intense session, we covered a huge amount of ground which will change the way they fish forever.

When I returned on Tuesday, everyone was smiling as they’d all shattered their PB’s. John and Jamie had both banked a massive cat each and James had a new PB mirror of 31lbs. John said it best: “If it wasn’t for your guidance on Sunday Matt, there’s no way either of those cats would have been banked. In fact I’m sure we’d have blanked all week!”

Until you’ve done the tuition, it’s impossible to understand how much it’s going to change your fishing. I can help anyone, at any level, and accelerate their journey towards being a complete angler. 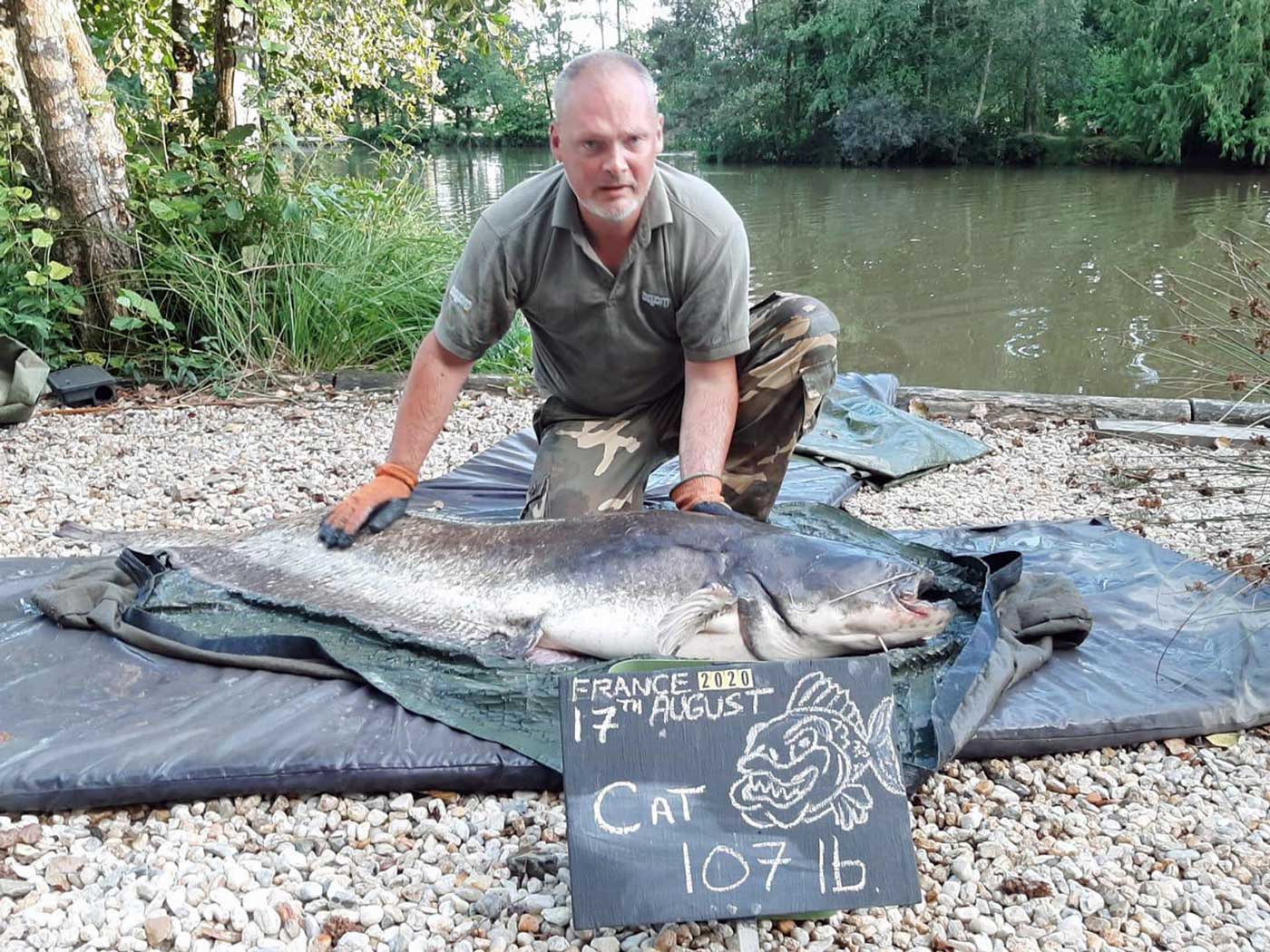 During the week they continued to work on their skills. Using the boats was a real shock to the system but by the end of the week they’d come a very long way from where they started! Things had been quiet up the deep end towards the dam wall so midweek John decided to move down to the Home swim for a few hours. As we’d surveyed this area in some detail on Sunday, he had some idea of what was out there and lobed some supple rigs in PVA bags towards some spots he fancied. That afternoon he banked a 16lb common, a 38lbs mirror and a 48lb mirror, yes, nice to see Mr Angry on the bank. Nice work mate! 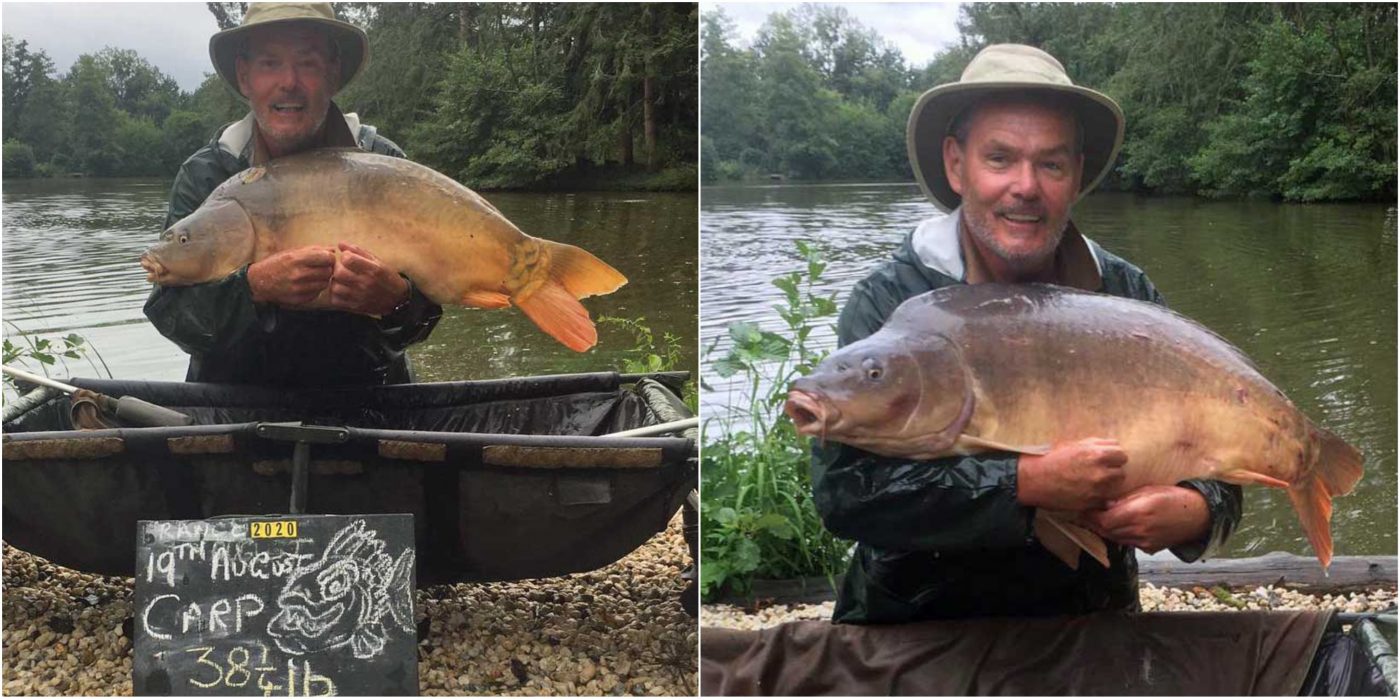 Time for a move

Back in the Point swims, James was happy. He had banked a 34lb mirror and the sturgeon. Both were new PB’s. Jamie had been concentrating on the open water in front of point C but after the initial success with the massive cat, things had gone very quiet. When I called round Thursday it was easy to understand why. Overall the oxygen level was OK but up the deeper end it wasn’t great and this was reflected in the results. With his dad having so much success in home swim, it wasn’t a difficult decision for Jamie to get himself down there and see if he could pull off a similar trick to his dad. Obviously the family rivalry was at an all time high by this point but it was all very friendly. John was happy to sacrifice his own chances to make sure Jamie got what he came for. 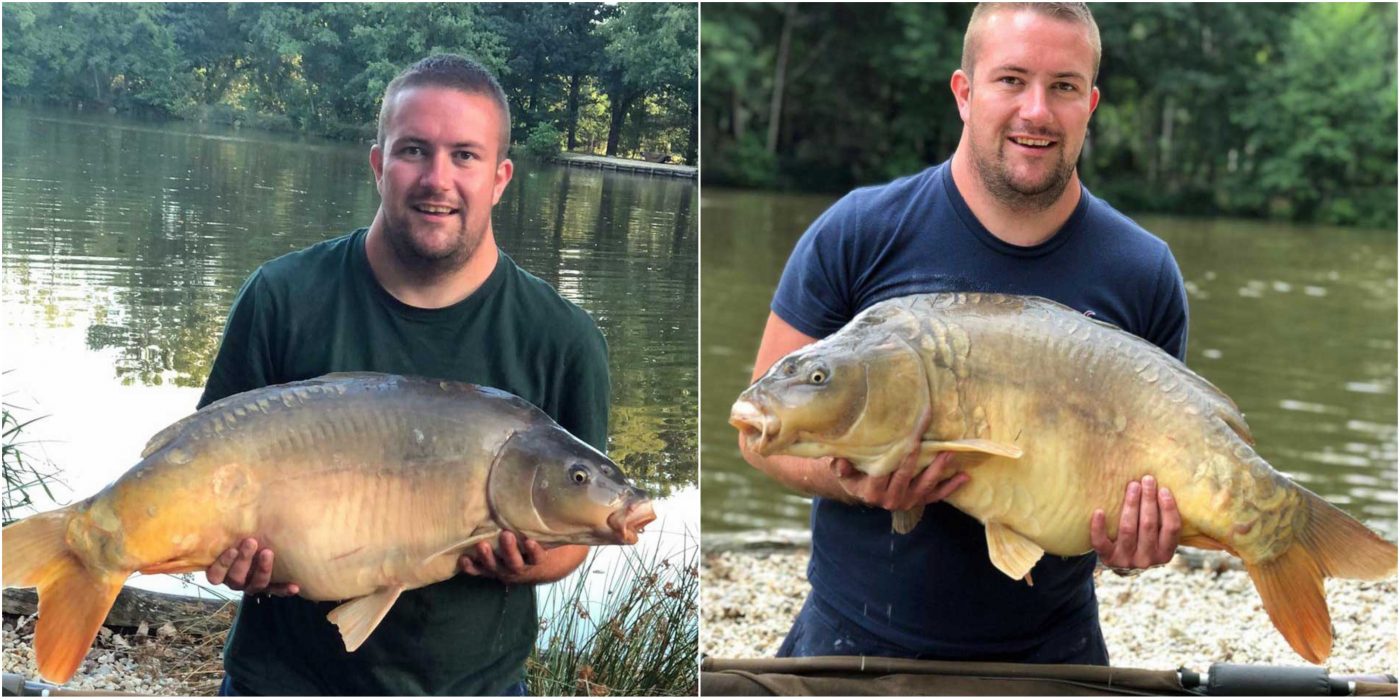 Last roll of the dice

It had been a tough week for Jamie after the initial success with the big catfish. There are so many ways things can go wrong here both technically and tactically. Beausoleil can be a cruel mistress at times. Many a man would have given up but not Jamie. He’d been waiting 8 years for this return trip and he’d missed out on a carp in 2012. Surely history wasn’t going to repeat itself? It was the last morning of the last day, but finally he got the take he’d been aching for. The take that meant so much to him. The take he needed to fuel his carping dreams until he could return again. Everyone was on edge. Everyone was willing this one to go in the net. I’m not a religious man but thank god it did! We were so relieved to see the pics later that day. He’d never had to work harder to catch one carp but catch it he did, and it meant the world to him. 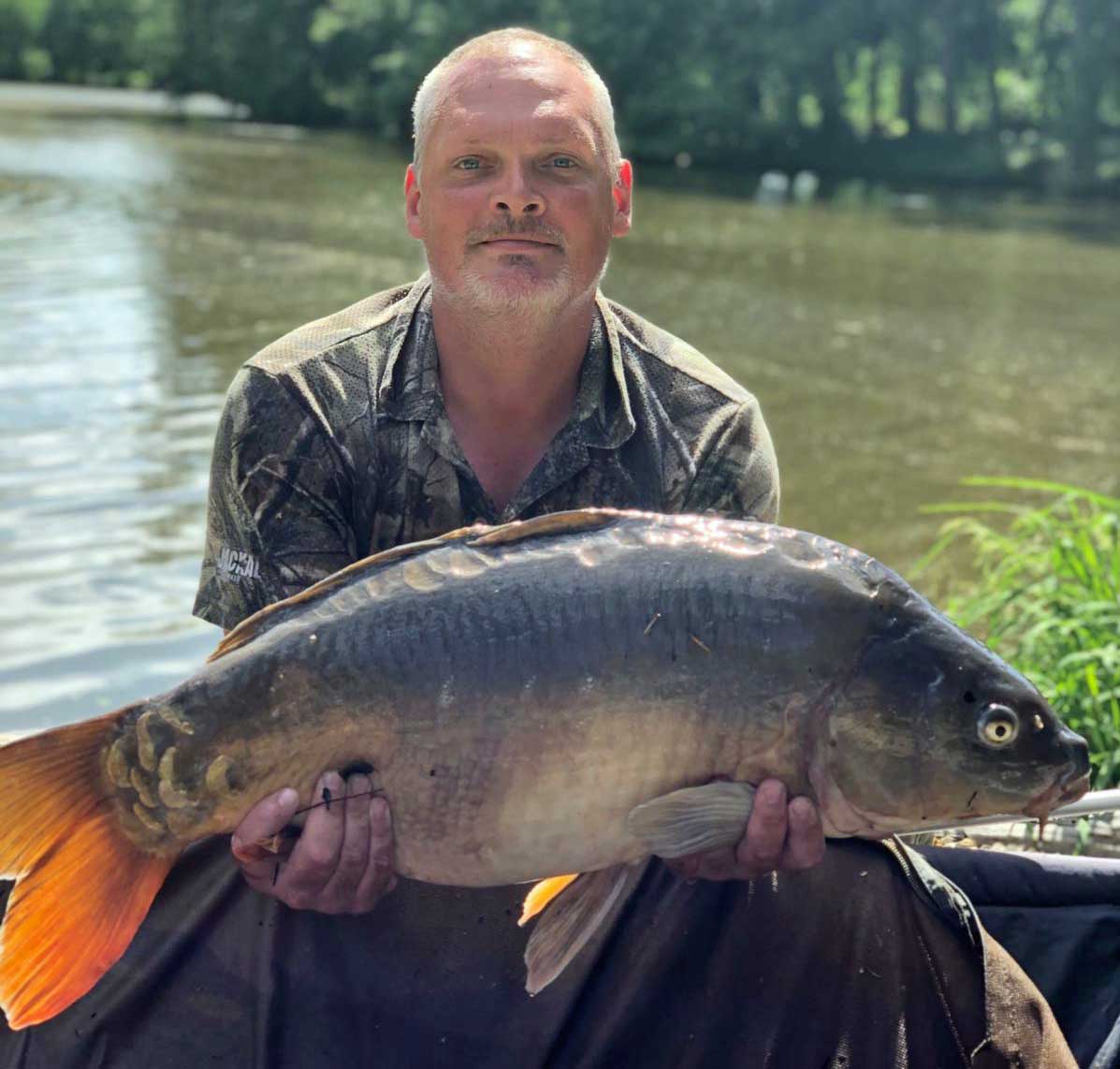 It was great to see the guys again and to meet James. They all learnt so much. John wasn’t much into his carping before this trip but with new found confidence and skills, he’ll be joining the lads on a few more trips in the UK which was great to hear. It was lovely to hear how they can’t wait to return and we wish them all the best on their adventures in the meantime.

Perfect, clean, tidy and had everything we needed

We love coming to Beausoleil, it was my third visit and can’t wait to return. Matt’s tutorial was invaluable and we wouldn’t have caught without it. Thanks Matt and Irene for all your help. 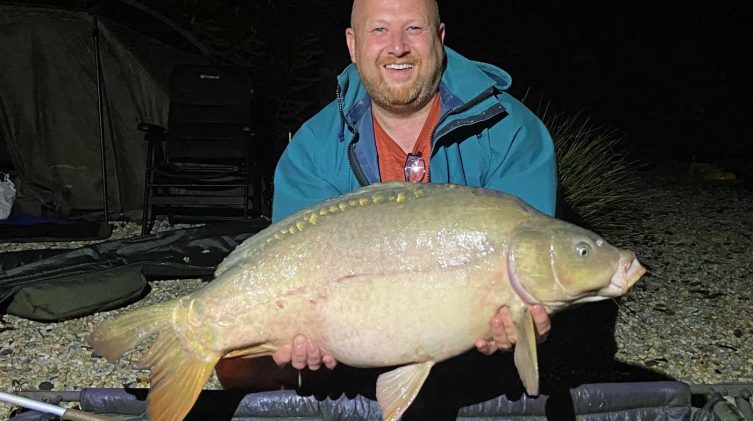 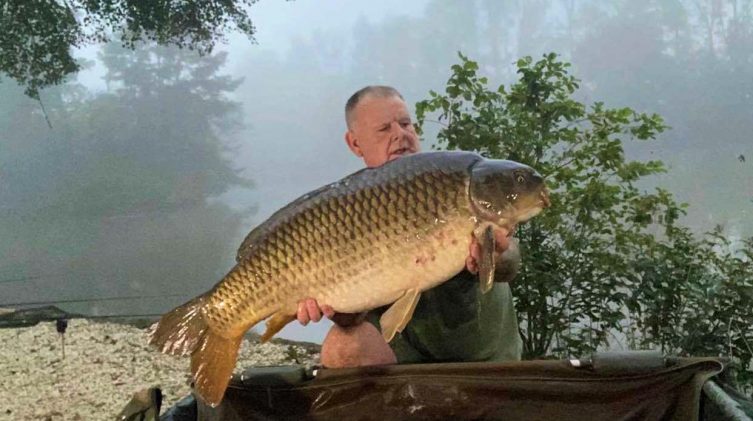