Lake record  catfish of 118lb equalled and Sammy the sturgeon has a dose of the munchies!

This week we welcomed back Tony, his son Ashley and uncle Mark on their second visit and new boy Vlad. Tired after the long journey, we gave the guys a quick tour we left the guys to settle in.

Mark had had the sturgeon on the first night which the whole group was excited about as they’d never caught one before. 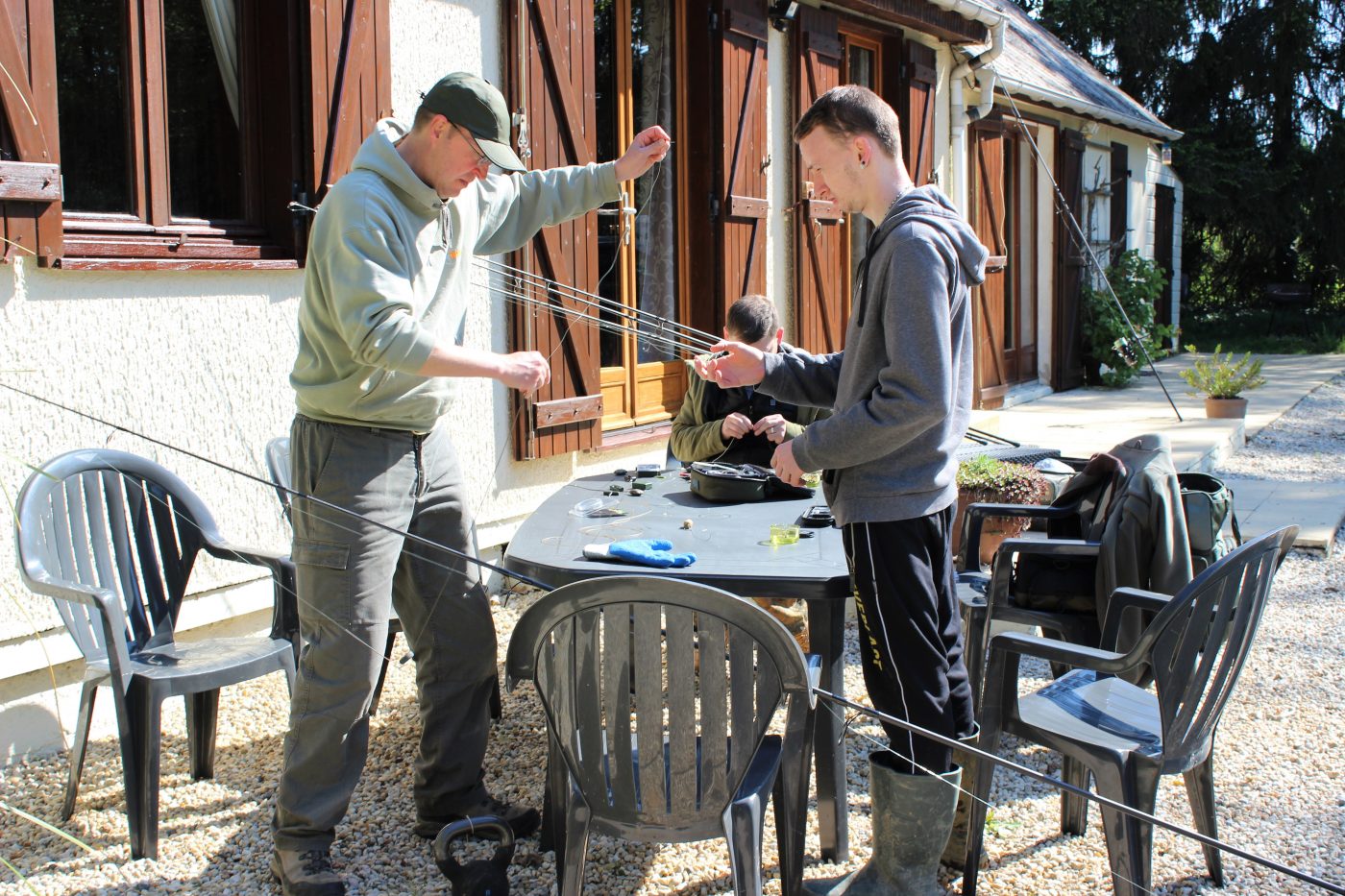 As it was Vlad’s first trip and the guys hadn’t really fished much since their last visit, Tony had thoughtfully arranged for me to come over to set their rods up and go through some of the basics. Vlad was used to fishing lakes with many hundreds of carp in them so this was new territory for him.

We did the rod setup and technical review in the morning, then after lunch I took Vlad for a float around in the boat. After finding some suitable spots, we dropped his rigs and I left him to it. 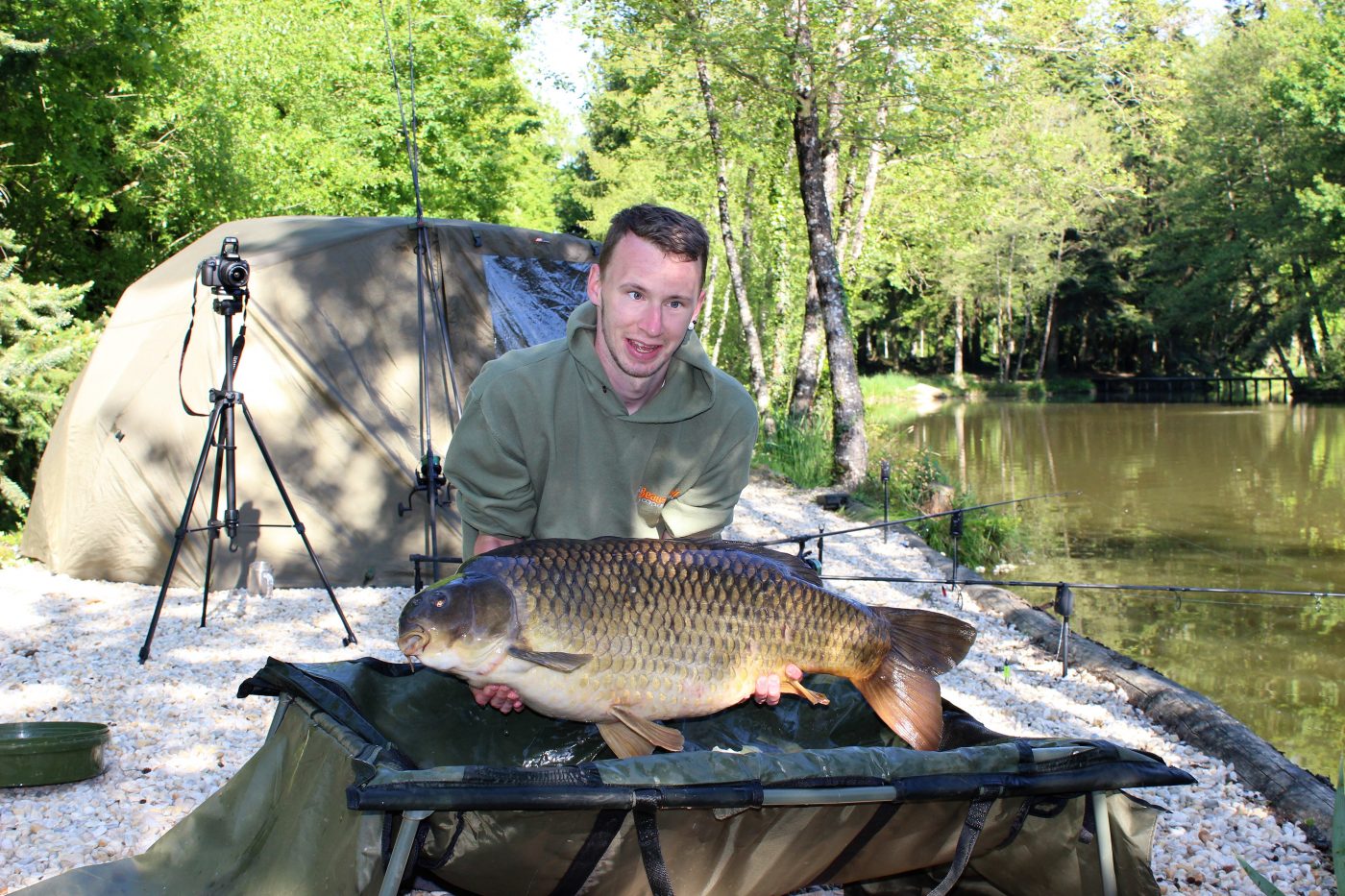 By Wednesday, Ashley had a mid-thirty common and Vlad had also had the sturgeon while Tony was looking after everyone. It’s been a while since the sturgeon’s been out three times but it happened this week as Ashley caught is as well. He wanted to catch one very badly so he was really happy. Ashley also managed the rare occurance of banking a pike on boilies. It happens! 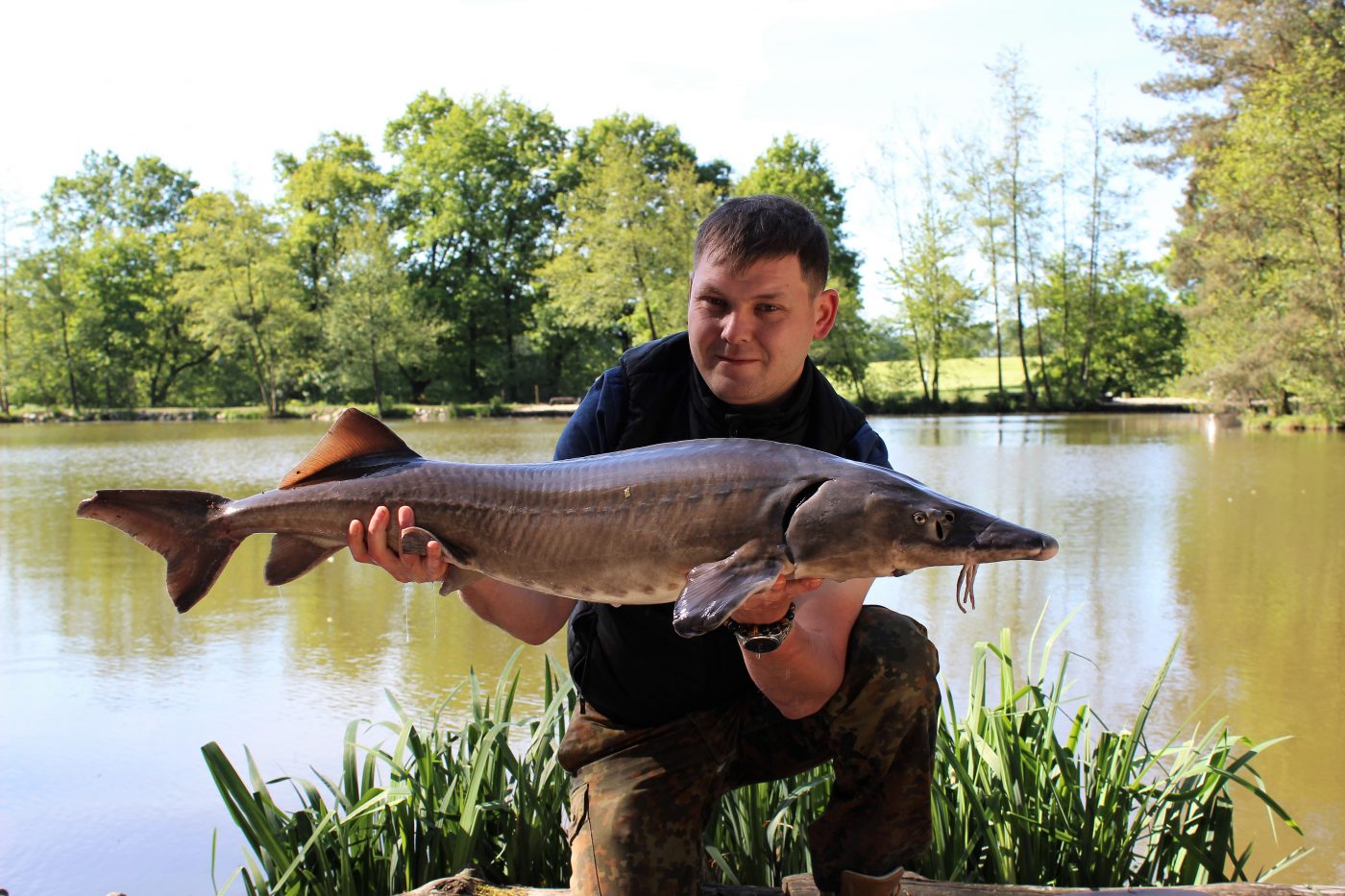 Installed in the Big Double swim, Mark was well positioned to deal with anything he might connect with and a good job it was too as he was about to meet an absolute beast! Following an accident Mark now walks with a stick so you can imagine what a massive task it was for him to do battle with a fish of this power. Fortunately there were plenty of hands available to help. It was an epic battle between man and beast but with a chair for extra support Mark won the day and the guys help him haul it up on the mat for him. Not surprisingly, he was in bits afterwards! He also banked another 64lb specimen and unfortunately lost his footing and fell in the lake. Undeterred, he took the opportunity to cradle his prize in the water before releasing it. 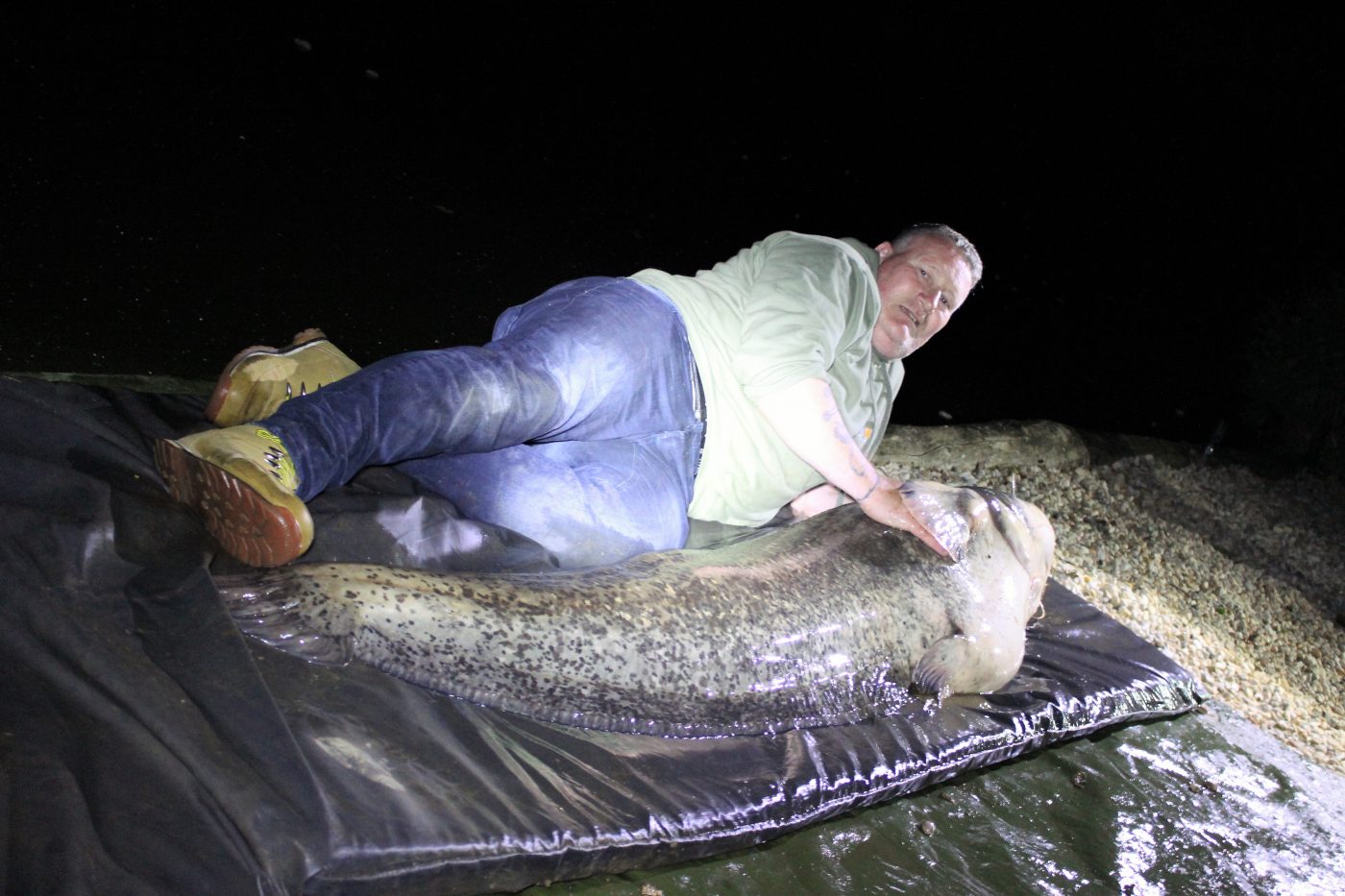 The fishing at Beausoleil was very different to what Vlad was used to but fair play he stuck at it and on the very last night he was rewarded with what he came to catch… a massive catfish. It took them two hours from start to finish. It span the scales round to 95lbs and by the time they’d done the photos and tidied up, it was 3am. What a night when you planned an 8am departure! 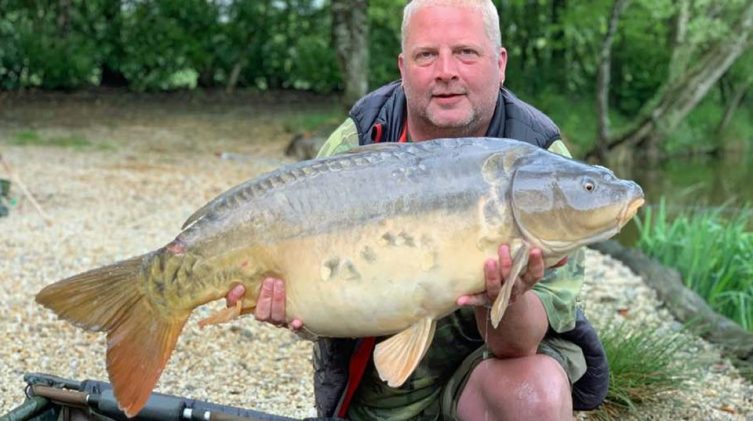 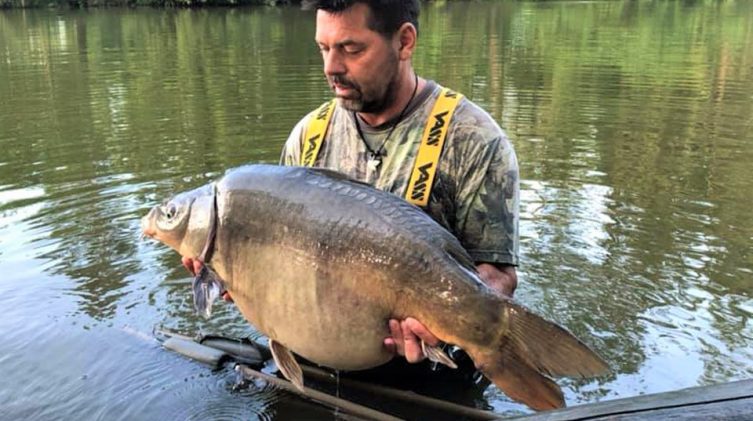 Next Post - Carp and cat fishing report from Barry and friends