This week we welcomed Andy and Dan back to the venue. They have been visiting us almost every year since 2013 so we’ve known them for a while. This year they brought new boy Danny (just to confuse us I reckon). As Andy and Dan knew the venue very well, I very much left them to it this week.

Despite the number of visits they’d done over the years, Andy had never caught one of our monster three figure catfish, and that’s all he’d been talking about in the run up to this trip!

We weren’t exactly sure how many tonners we have as we removed 5 massive catfish a couple of years ago but we’ve had 2 out already this season so we knew it was possible.

I’ve been helping Andy on his journey for a long time so he has absolute faith in the bait and tactics we suggest. Andy went with the 24mm Scopex Squid fished over a large bed of 15mm catfish pellets and it didn’t exactly take him long to hook what he was after.

The very first take on the Saturday night was exactly what Andy had been waiting for and this cat hit the scales at 125lbs. The second one came a couple of days later at 101lbs 8oz. For that one, neither of his mates could be raised from their pits so Andy resorted to hauling it out the water one handed. That doesn’t half take some strength so fair play man. So pleased for you mate, I know how long you’ve been waiting for your big cat!

So, for those of you keeping score, that’s definitely 4 different catfish over 100lbs out this year 👊 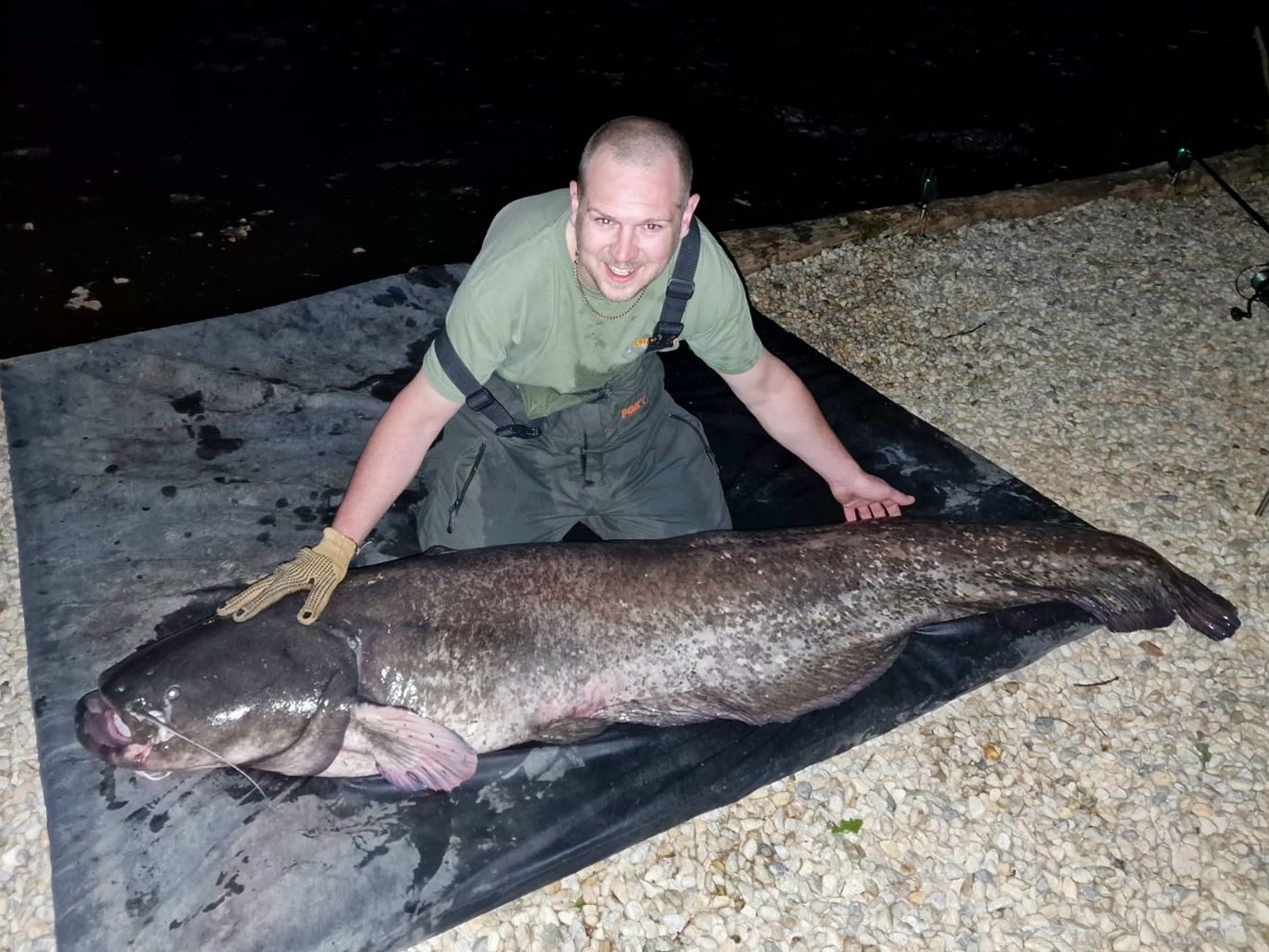 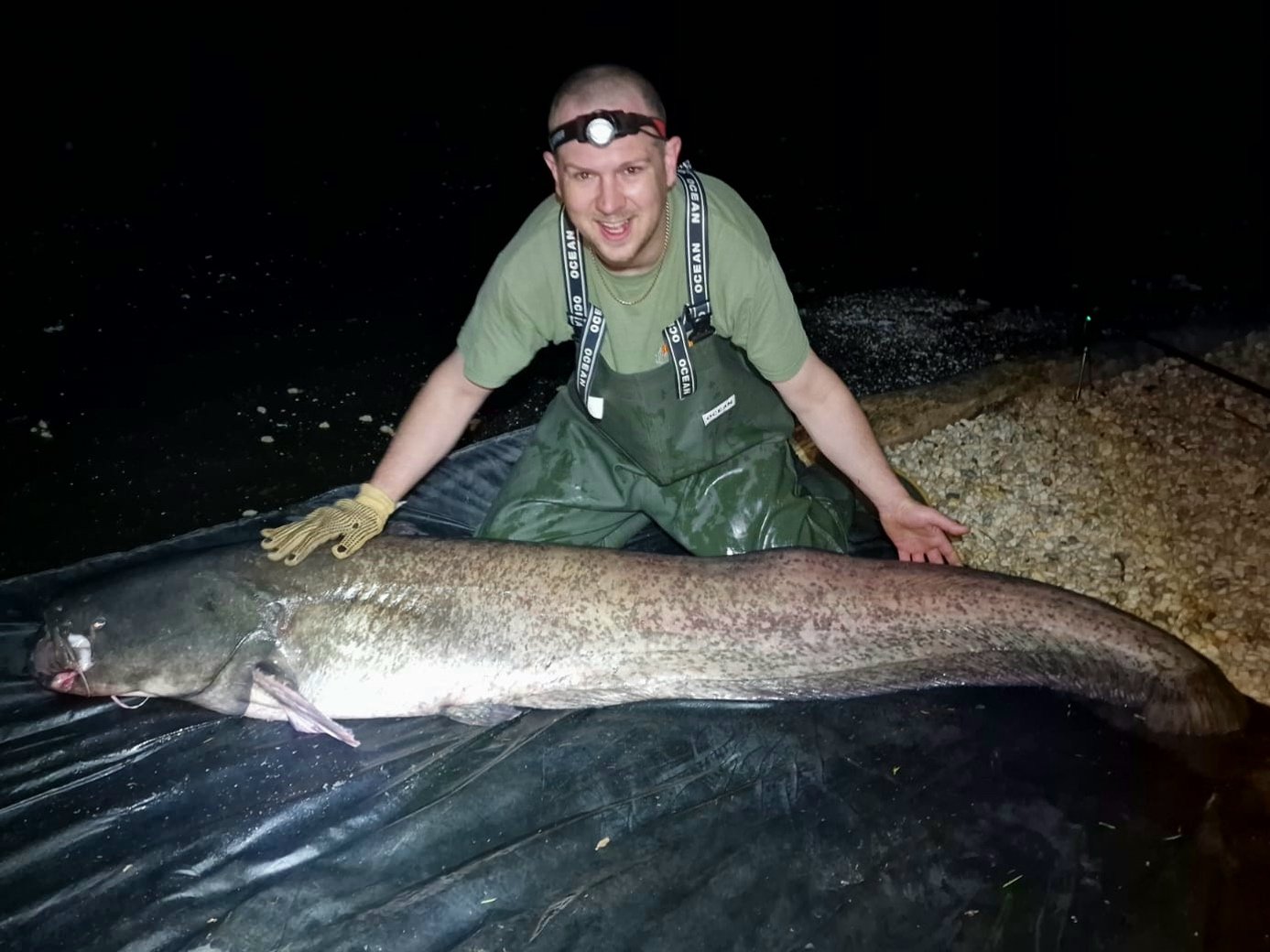 Is he a machine? 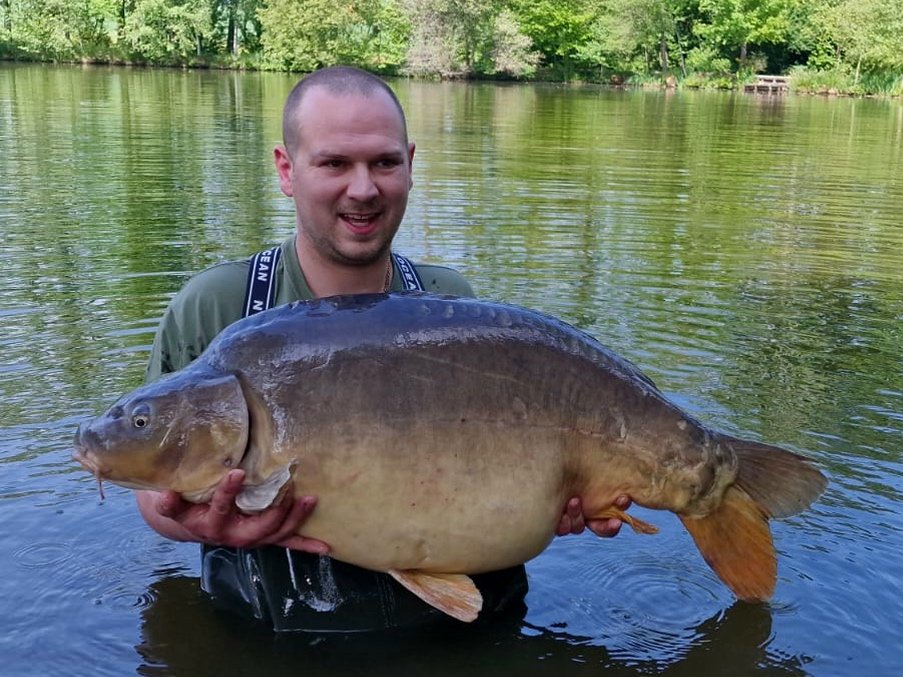 Andy then went on a carp catching rampage. He had multiple big mirrors including Scalpel, Dink and then he struck gold with Mr. Angry at 51lbs 8oz. It’s rare for the big boy to come out three times in a season but here he was, up in front of the lens again. He does love the Scopex Squid mind! Andy caught very consistently all week targeting far marginal spots along the dam wall and snake bank. In total be raked up 10 carp, 2 big catfish and the sturgeon. That’s one hell of a week’s angling by anyone’s book! 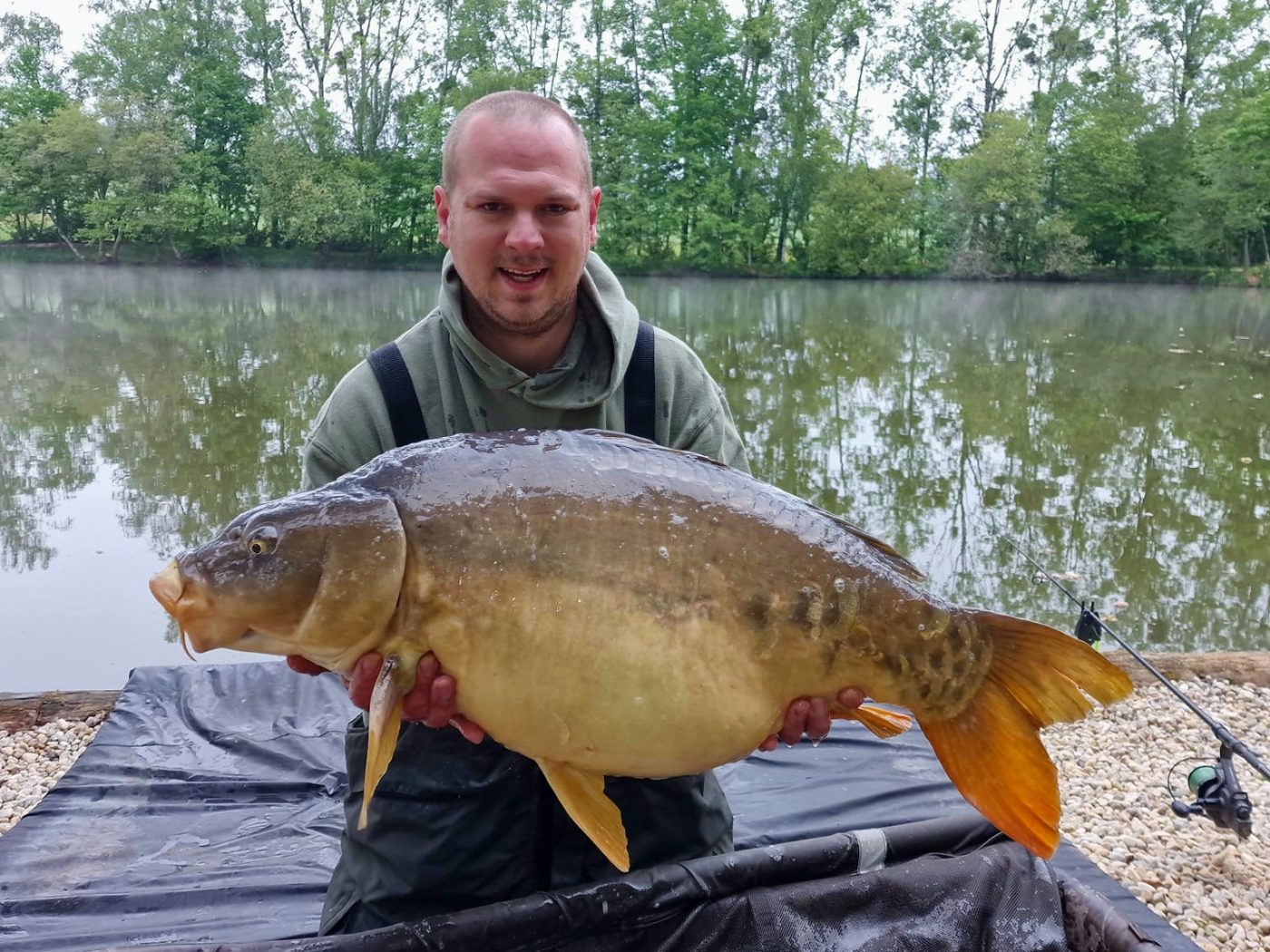 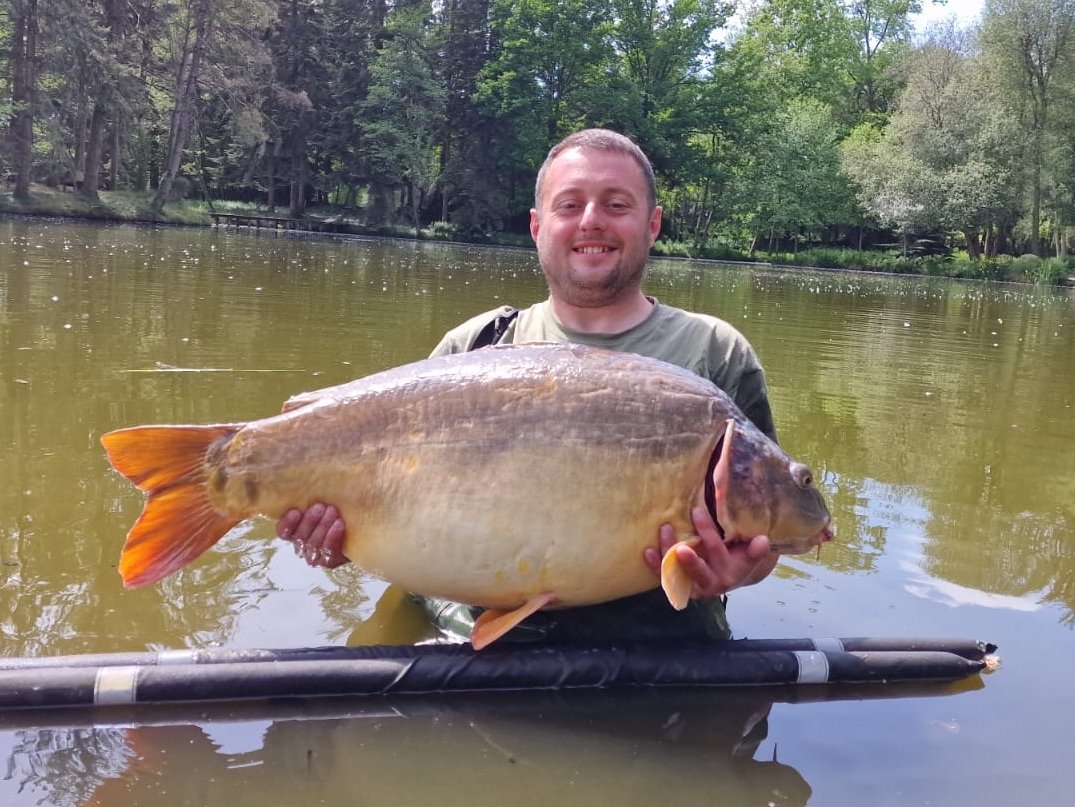 Over in the point swims, Dan was having a slower week. Andy and Dan have a simple arrangement. Dan feeds Andy and Andy takes care of Dan’s rig prep. Dan jokingly says that if he didn’t feed Andy he’d just live off pot noodle and crisps. Andy was having a field day up in the Big Double but Dan just couldn’t get anything going down the shallows which is weird because the fishing is usually fairly evenly balanced around the lake at this time of year. He did have some success though with Domino at 35lbs and then Hyphen at 42lbs 8oz (new PB), oh and not forgetting our Sammy again of course. Well done Dan, you might not have been hauling but someone’s gotta feed the soldiers! Congratulations on the new PB, another notch on the bedpost. 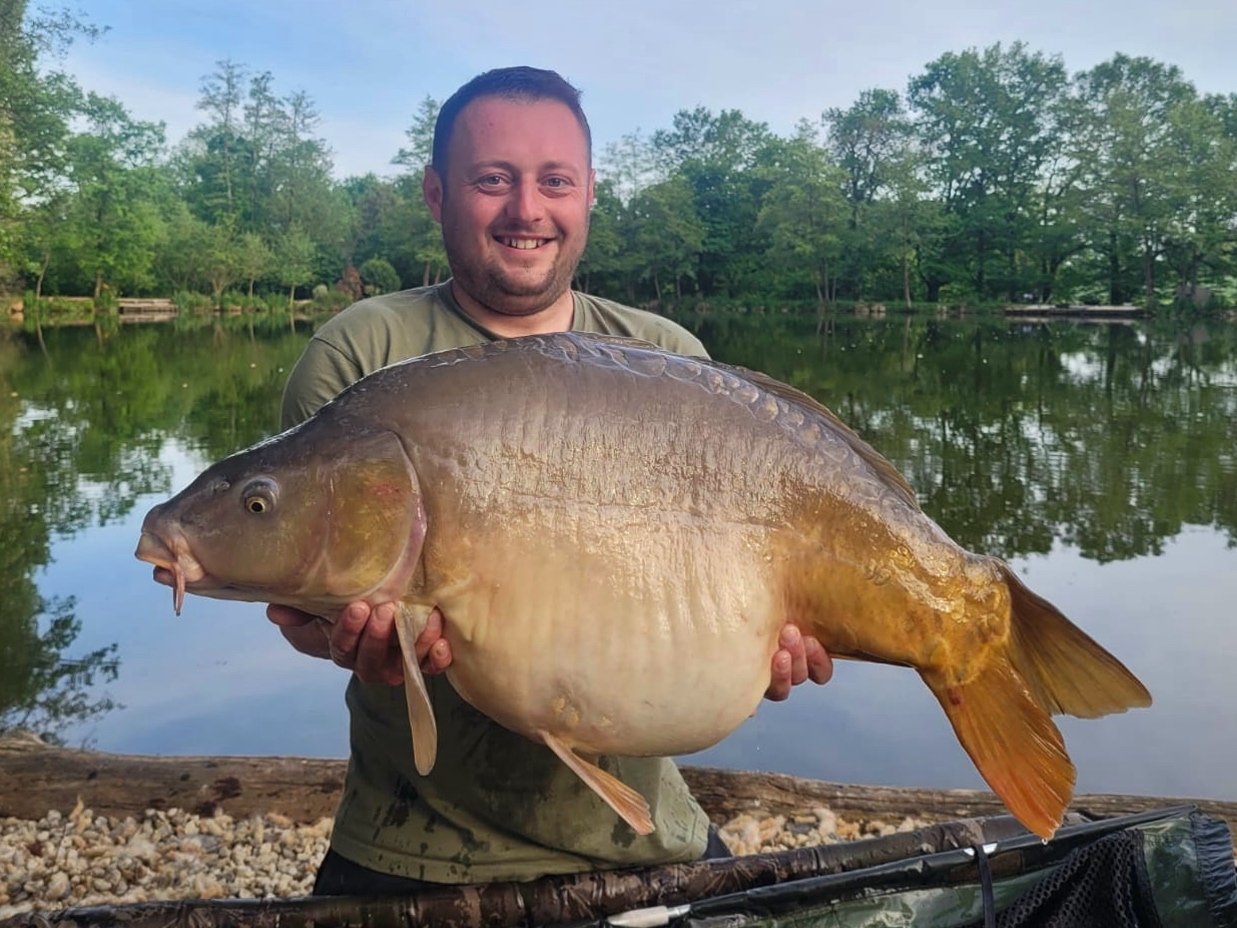 For Danny on his first trip to the venue, Beausoleil was a big step up. Unfortunately he didn’t have  much time to prep. before the session. I spent a bit of time with him on Tuesday but as he didn’t book the tuition it wasn’t my place to interfere. I did suggest he needed to up his rig and hook game though as after blanking for three nights he was obviously being done over. In the end Danny moved over to Home swim and then Catfish Corner and poached a second carp from one Andy’s spots. 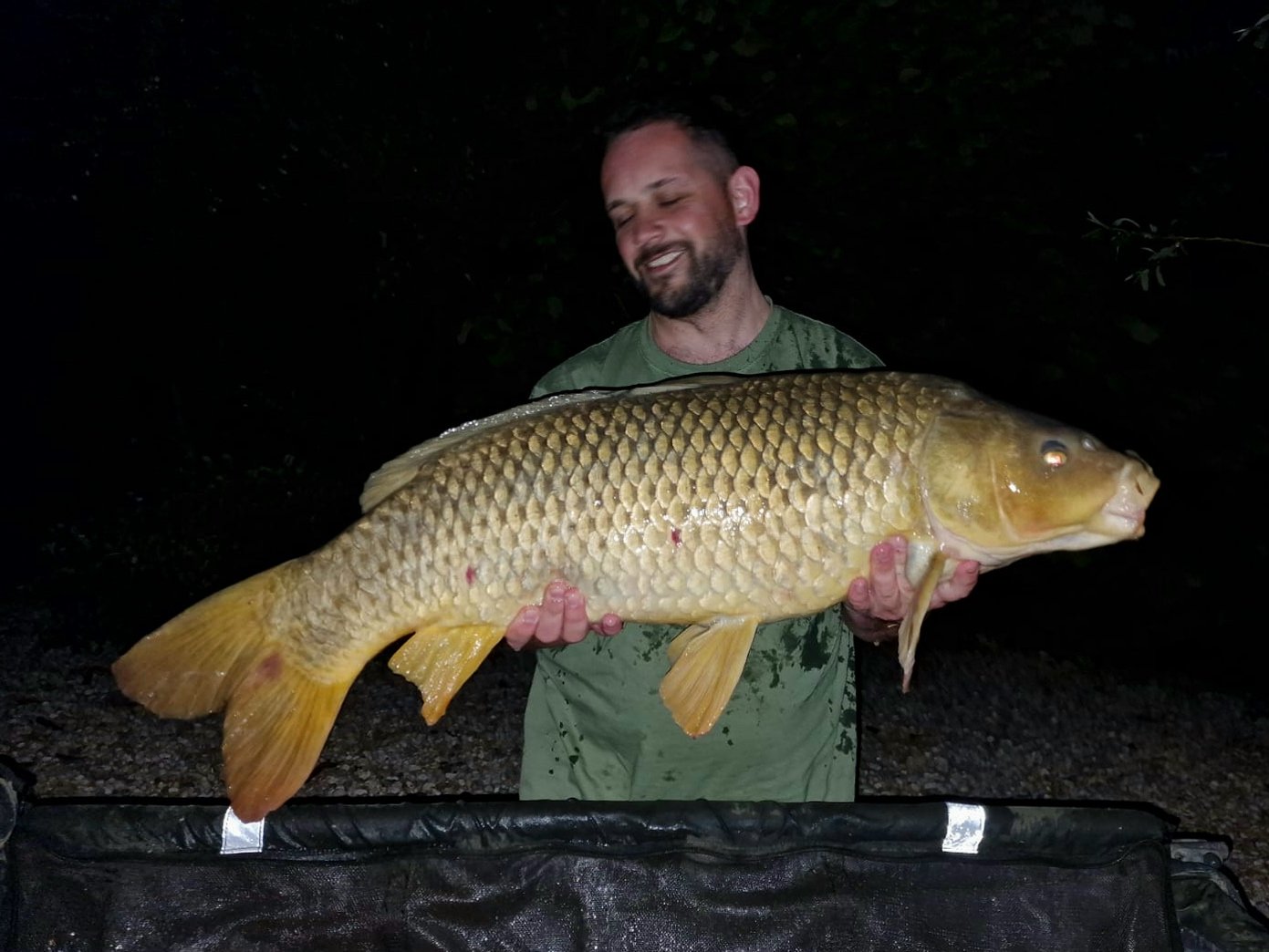 I know Danny regretted not booking some time with me as I could have helped him loads. He took it all in his stride though and really wants to return. Well done mate, that was a tough baptism of fire! 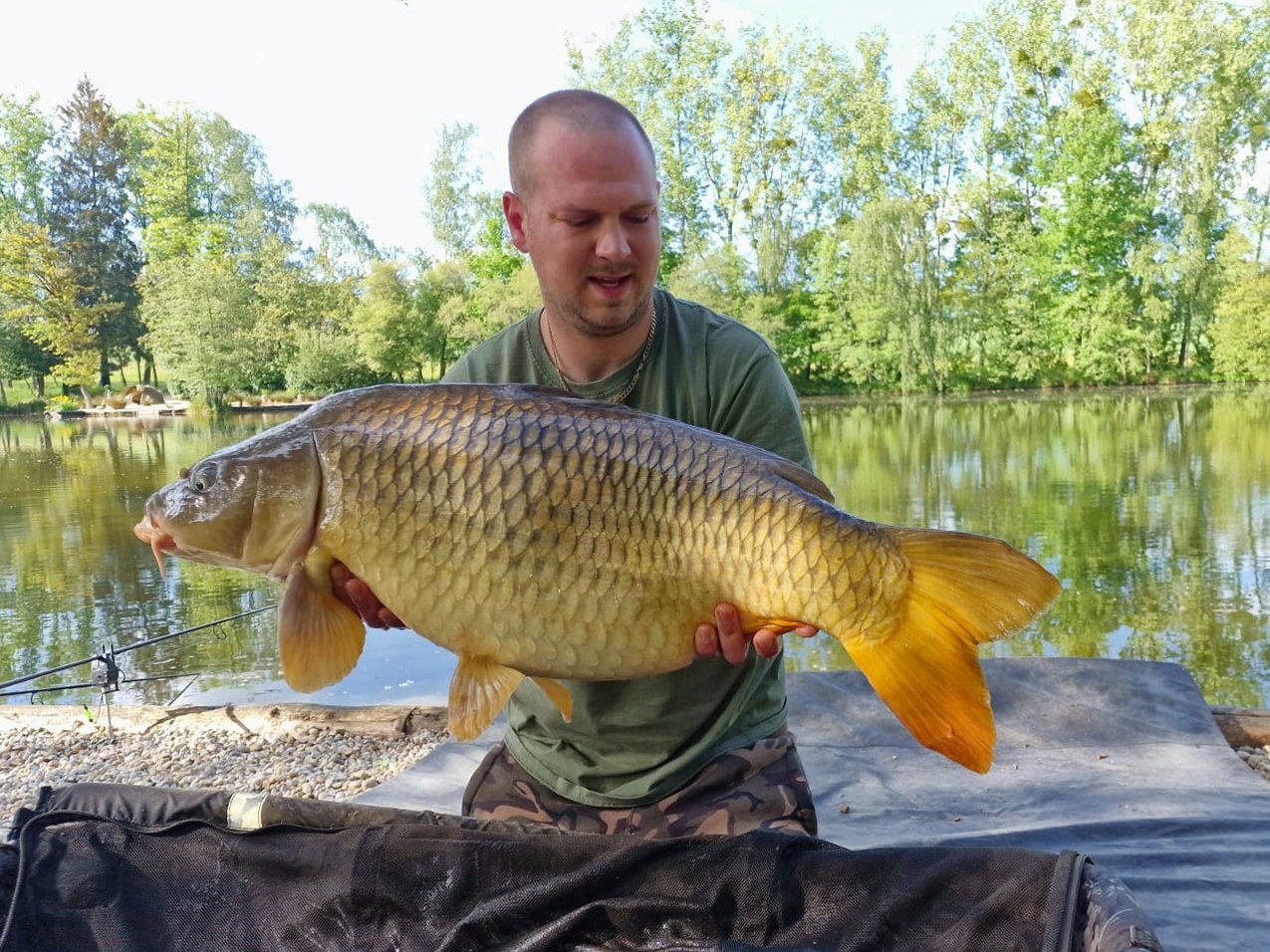 It was great to see Andy and Dan and meet Danny for the first time. After all the problems and delays of Covid it was great to see the guys and to get back to business as usual. Before they left the guys nabbed the last week that was available in May 2023 which is a great call as it’s a perfect time of year to be here.

Well done fellas, you made some very special memories again and we can’t wait to see what you come up with next year!

Big double was the most productive

Perfect, clean, tidy, everything you need

Brilliant stay, deffo booking again for next year. Thanks for having us. 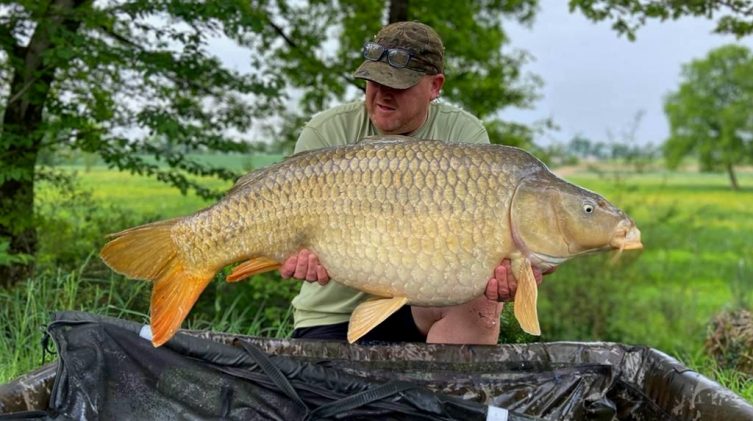