A memorable week’s carp fishing with a new lake record carp and multiple PB’s for all!

This week we welcomed Lee and his brother Adam, Adam’s son Ben and family friend Scott to the venue on their first fishing trip to France. They were originally due to come in March so they’ve been looking forward to the trip for quite a while. Fortunately the wait was worth it and they were absolutely blown away by the place! They’d all been carp fishing for many years but they were determined to use this opportunity to the fullest and had booked a double tuition. They were all open to new ideas, new techniques and a whole new approach. They were here to become more complete anglers and I was very excited about the journey I would take them on.

We have all had a massive amazing week. Everyone has enjoyed every minute and none of us wanted to leave. Our hosts were brilliant.

Scott was the first angler to get off the mark on Saturday evening  after they’d arrived. It was one of our homegrowns and probably the smallest carp in the lake (16lbs) but getting that first fish is so important. Adam then went and did the unthinkable and hooked an absolute beast of a carp. It took him 30 minutes to land, well Mr. Angry loves a scrap mind, and on the scales he came in at a whopping 51lbs. Not bad first chuck! Obviously Adam was absolutely blown away by this carp. He’d not only broken his PB, he’d doubled it! It was a dream start but sometimes (if you do everything exactly right) dreams come true! Mr. Angry was caught on my basic mono hair rig that he’d learned from YouTube. Congratulations mate, proper good angling! 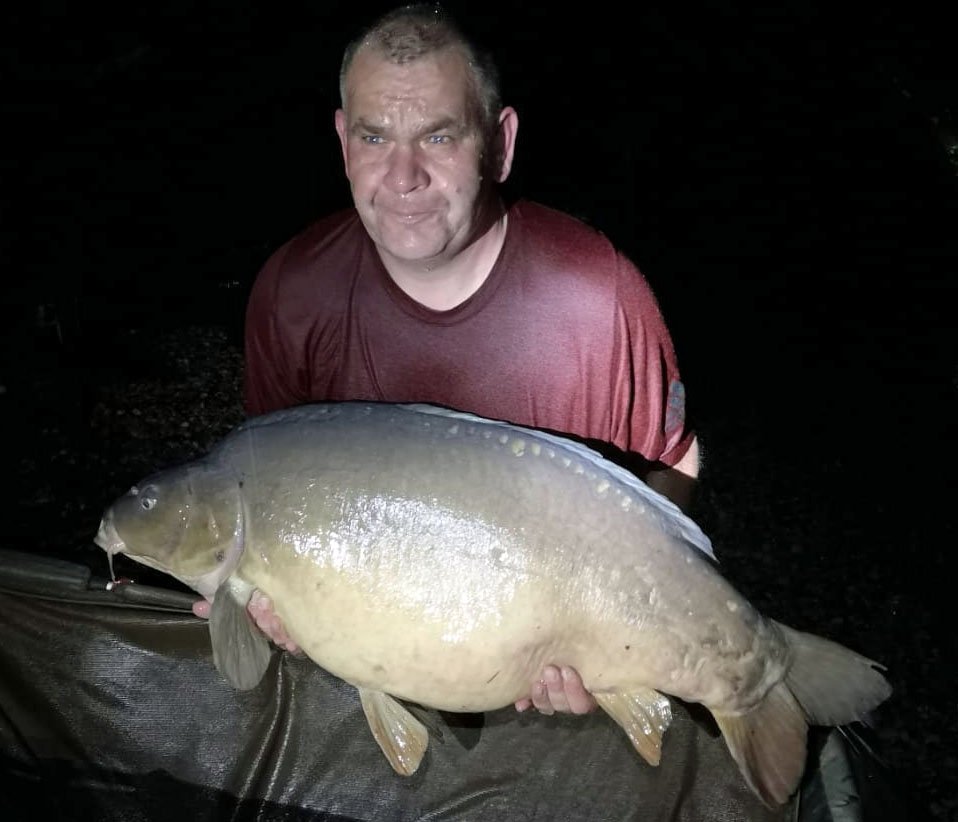 Lee had originally discovered us (as many do nowadays) through our YouTube channel and had been planning a trip to Beausoleil for years. It was through this virtual space that Lee began to realise that although he loved carp fishing, there was room for improvement. It takes real courage to ask someone for help, especially in a sport that you’ve been doing for many years. The guys are not novices, they’d just never been able to really get to grips with this massive jigsaw puzzle that is carp fishing.

We started with some basic carp/lake science and dispelled various carp fishing myths. This section helped them understand when the best times to go fishing are and why sometimes fishing can be very hard (even when you are doing everything right!). From there I went through everyone’s rods one by one, and broke a load of knots (SOP!). It’s all very well catching double and twenties but when you have cats up to 125lbs, your gear needs to be phenomenally well constructed if you want a chance of banking a monster. After that we went through my new supple multi rig. The video on this won’t be out until next year but it’s proved very popular with guests and it’s my go to rig for all visiting anglers. I then worked with the guys, helping them to make six rigs each for the week. Having me on hand to give feedback on their work is a vital part of the session. Getting these details right is the difference between catching and blanking and there are so many opportunities to get this stuff wrong. Watching me make rigs on YouTube versus doing them to the same standard yourself are two different things.

Next it was out in the boats and waders to have a proper look at the playing surface. Scott, who was in the waders, was absolutely blown away by what he felt underfoot. Once we were back on dry land it took us until well past 6pm to get everyone rods ready to fish.

By Tuesday the lads were doing great and were nearly into double figures. Sammy had yet again demonstrated his heroic qualities (I’ll save you Mr. Carp!) and been out two or three times. Ben was off the mark with a 36lbs mirror and Lee had banked a 32lb common. Lovely times… 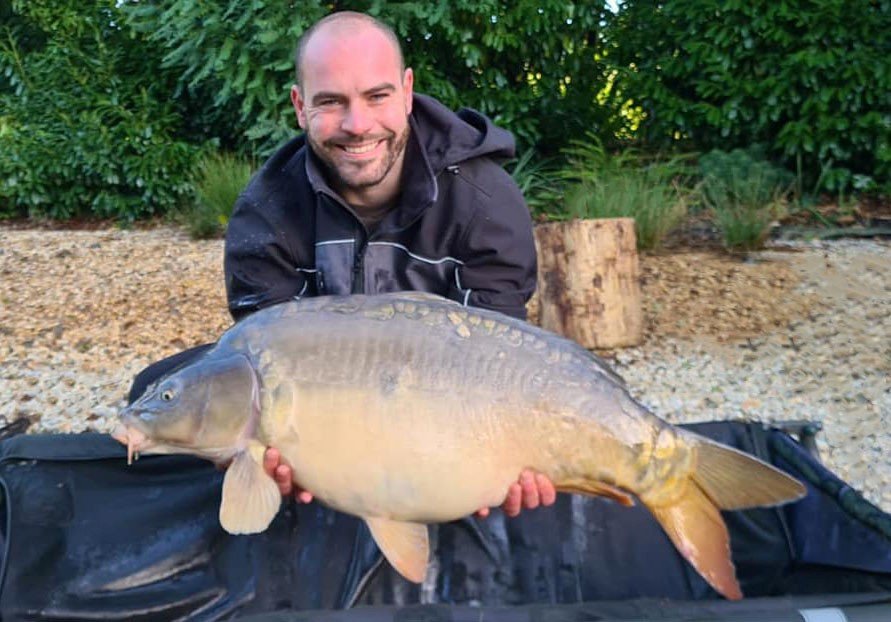 Tuition day one is a very intense affair and it can take a few days to process it all. In this second session we could address areas that I wasn’t able to cover on day one (hook sharpening, other rigs) and a whole host of other little things that the guys wanted my input on. Lee specifically requested that I begin developing a mini version of myself so that I’m available to answer any carp fishing related question 24/7. We’ll get back to you on that mate! The hook sharpening session is always an eye opener. It’s a fantastic technique to master but it’s not for everyone. Most anglers are actually making their hooks blunter rather than sharper I’m afraid.

The guys had got off to a great start and (as a group) had kept the runs coming on a daily basis. Scott’s fast start had stopped and it wasn’t until he moved from one end the lake to the other that he finally got what he came for, a 30lb carp! Once the blanking spell had been broken he followed it with a big bruiser of a common at close to 39lbs, thoroughly deserved too.

Over in the Big Double, Lee had gone from a self-deprecating man to a carp catching machine! He’d banked multiple 30’s including an extremely rare common known as Polaris and reached the heady heights of 39lbs 12oz with Lily. He ended up as “top rod” with 5 fish to his name for the week. 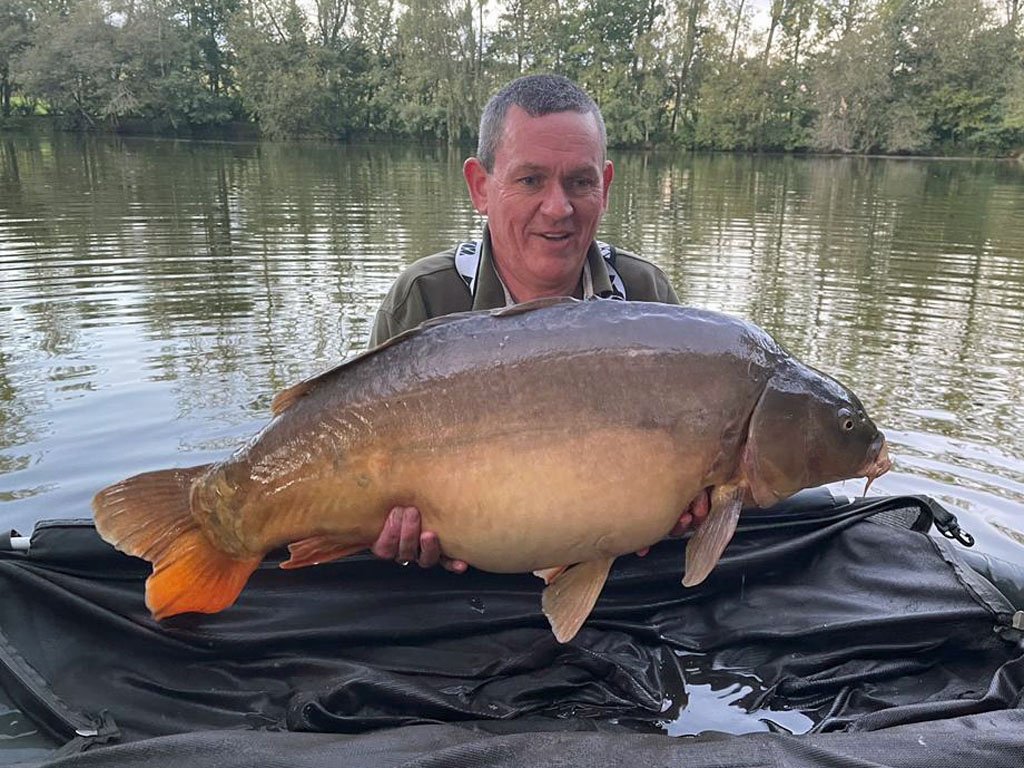 He was simply having the very best of times and all the years of planning and hoping and dreaming had been worth it. Over in point ‘C’ Ben had become best mates with the sturgeon but it was all worth it when he banked a carp of his dreams. Dink weighed in at a very healthy 41lbs 8oz. Meanwhile after an absolute flyer of a start, Adam vacated his swim for Scott and moved round to point ‘A’. Despite visible signs of the carp’s presence he didn’t manage another pickup. Not that he was disappointed. I mean how many guys can say they hold the venue record for a species? Not that that was all he caught mind. Oh no, he’d still had a couple of 30’s for good measure finishing on a score of 4 for the week.

We’ve always believed that the secret to having a successful session here is one of attitude. It doesn’t actually matter what skills or experience you have. If you have a great attitude then you will catch more. It’s as simple as that really. It was such a pleasure working with the guys this week. It was a real honour that they chose us to be their guide in this crazy sport. They’ll be talking about this session for a while, they leave here as different people as well as different anglers. I’m sure we’ll be seeing them in the future. Well done guys. You done good, real good!

Excellent, very handy, everything we needed

We have all had a massive amazing week. Everyone has enjoyed every minute and none of us wanted to leave. Our hosts were brilliant. A top location and would recommend to everyone. 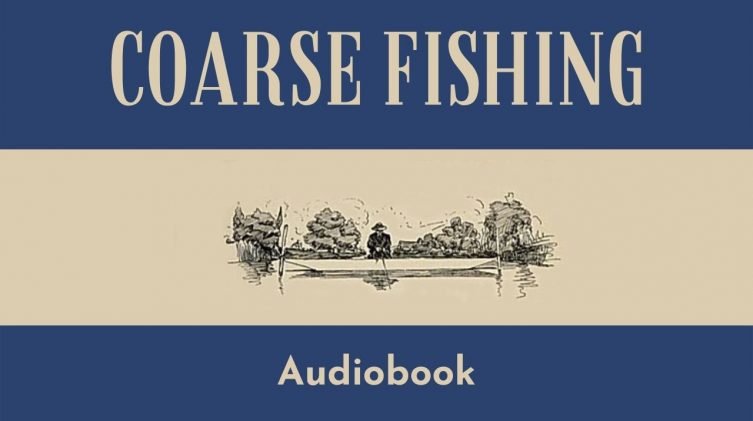 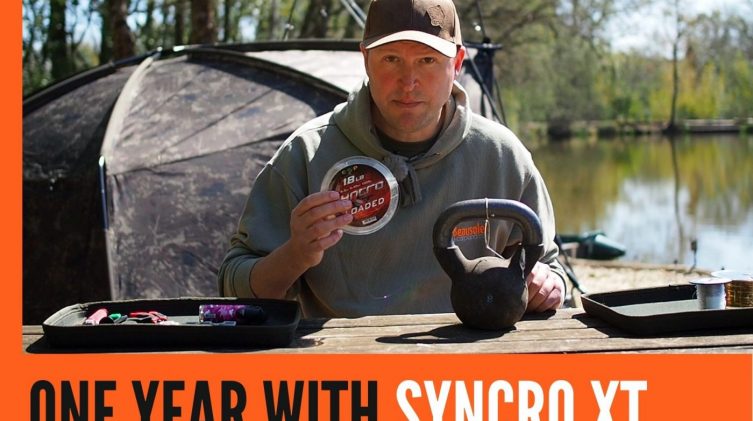 Next Post - ESP Syncro XT Loaded: Line review after 1 year of use