It was all about becoming a better angler for Mick this week and we also have some stunning Beausoleil carp to 37lbs.

This week we welcomed Mick and Annelies to Beausoleil for the first time. Mick is a Jordie who now lives in Holland. They’d originally booked in with us in March but obviously plans had to change. After a long wait and a long drive, they were very happy to finally make it to us.

Mick loved the lake tour and was really looking forward to the session. Mick told me he was not here to catch fish, he was here to learn. He’d spent a lot of time on my YouTube channel and decided to book me for a double tuition session. Mick had fished as a boy but he’d only started carping 14 months ago! Mick originally studied electrical engineering so he has an eye for detail. This goes a long way to explain just how fast he’s learnt this complicated and confusing sport. He’s already caught over 300 carp in France and Holland from some high profile venues which is incredible when you think about it.

Tuition day 1
No matter your level of experience, we always start at the beginning with knots and this is where Mick was in for a bit of a shock. Although he’d already banked carp to 60lbs, many of his knots failed at just a few pounds. Believe or not (pardon the pun) you can get away with that for some carp fishing but it’s going to be a very short experience if you hook one of our catfish. It was a big surprise for an intelligent and diligent man but I see it very regularly (even among veteran carpers). We covered a lot of ground on day one including how oxygen levels change, why they matter and how to read the signs. Obviously there was a serious amount of time in the boat and waders exploring the hidden features. Then we looked at bait and baiting strategy and there was just enough time to get some rods in for the evening.

Good morning Mr. Carp
Bright and early the next morning I received a photo of a cracking specimen. The Snub nosed common had tripped up and weighed in a solid 37lbs. That’s a nice start. 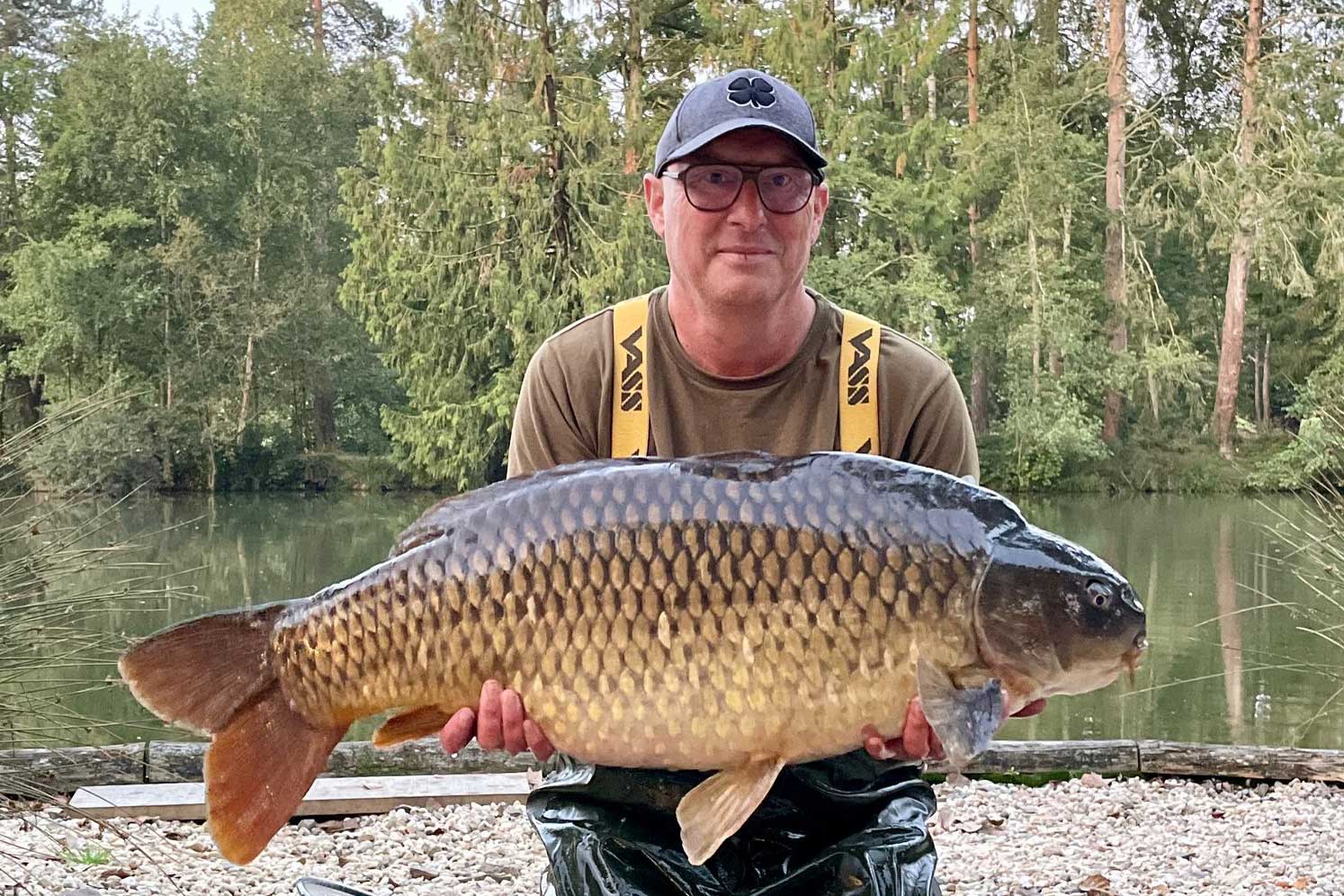 Tuition day 2
The 2nd day was about rigs, hooks and long range casting. Mick had been doing very well with the IQ D rig but when I dumbbell tested the rigs that he’d lovingly pre-tied for the session, the results weren’t good. Personally I don’t use fluorocarbon for hook links and after seeing how easily his 20lb Korda IQ 2 snapped at the eye (in multiple tests), neither will Mick. It really was shocking. I’d estimate they went with just a few pounds of load. I must emphasise that Mick’s rigs were very well tied. Super neat, identical and correct in every aspect. Mick trusted that the material was a robust choice (why wouldn’t he?) but unfortunately nothing could be further from the truth. He’d already bought some Berkley Big Game on my recommendation and by swapping over to that for hooklink, he was able to very easily pass my 8kg kettle bell test with an identically tied rig. When you consider you can buy 450m of Big Game for less than the cost of 1 spool of 20m of IQ2 it’s really not good.

We spent a good couple of hours on hooks, how to inspect them properly and how to re-sharpen them. Mick was an absolute natural at this and learnt very quickly. This is very rare and I would still suggest that 90% of anglers that are sharpening their own hooks are actually making them worse. Mick is in the 10% of those that can. We also looked at rigs for different situations. Mick does a lot of fishing in deep water (10-15m) and at range (130 yards) so bomb proof tangle-free rigs are a must. 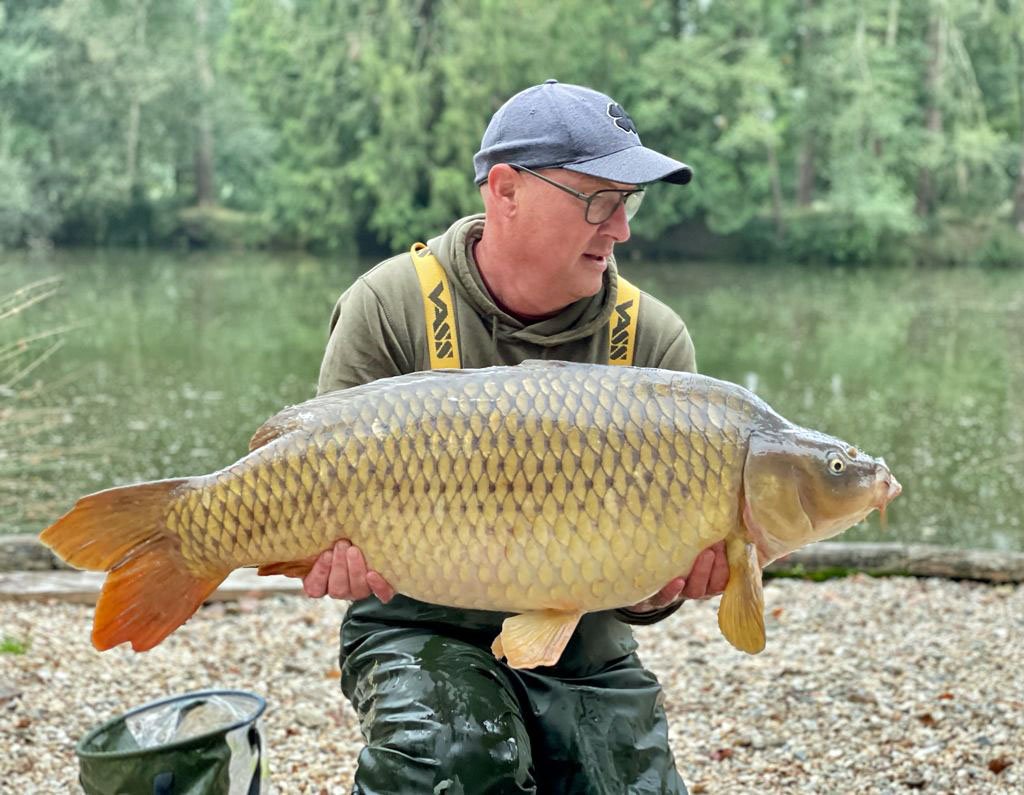 Long range casting
I am not a long range casting specialist. I can hit 140 yards with a 12ft rod but in this day and age there are plenty of anglers that can do considerably better than that. Mick could hit 130yards but wanted to hit 150 yards. Now I have to stop again to remind myself that this an angler that started carp fishing 14 months ago… I’ve met loads of anglers that have been fishing for many years that still struggle to hit 80 yards let alone 130! Although I wasn’t able to add to his yardage during the time we spent on this, I was able to say that the spod rod he’d bought was way too stiff for his abilities and very hard to compress. Just because a rod can do 200 yards in the right hands doesn’t mean it will help you achieve your maximum potential. Mick got on better with my Harrison Aviators. The Aviator is designed to be an all round rod rather than a casting tool. With a little more time and without the fear of breaking another man’s rod, I’m sure Mick could have edged his casting PB up more but at least he cast further (133) than he could with his broom stick of a spod rod. The easiest way to add yardage is to go to a 13ft rod. If you really want to learn how to cast well you need to work with a professional casting coach. Terry Edmunds is a popular choice and regularly reports massive gains for his clients.

Introducing Miss Daisy
All but two of the ducks that were born here this year have flown off to pastures new but two of the young ducks have decided to make Beausoleil their home. As they’ve grown up here in our company this year, they have been rather tamer than your average wild ducks. In fact one has shown such interest in humans that she’ll follow you round wherever you go! She’s not been a pain at all, just friendly. Mick loves wildlife and took the relationship to a new level. By the end of the week she was even eating titbits right out of his hand. She’d even give a friendly nip to Mick’s crocs just to remind him it was snack time. Mick has named the bold little creature Daisy. Daisy’s sister is nowhere near as bold. That may change of course. So for our future visitors, bear in mind that Daisy is rather fond of pastries and brioche!

A nice way to end
Annelies whiled away the days being very creative. She’s a keen artist so bought her drawing and sketching materials to keep herself entertained. Mick managed to break himself away from the lake most days for a lunch or dinner out and trips to the local markets. 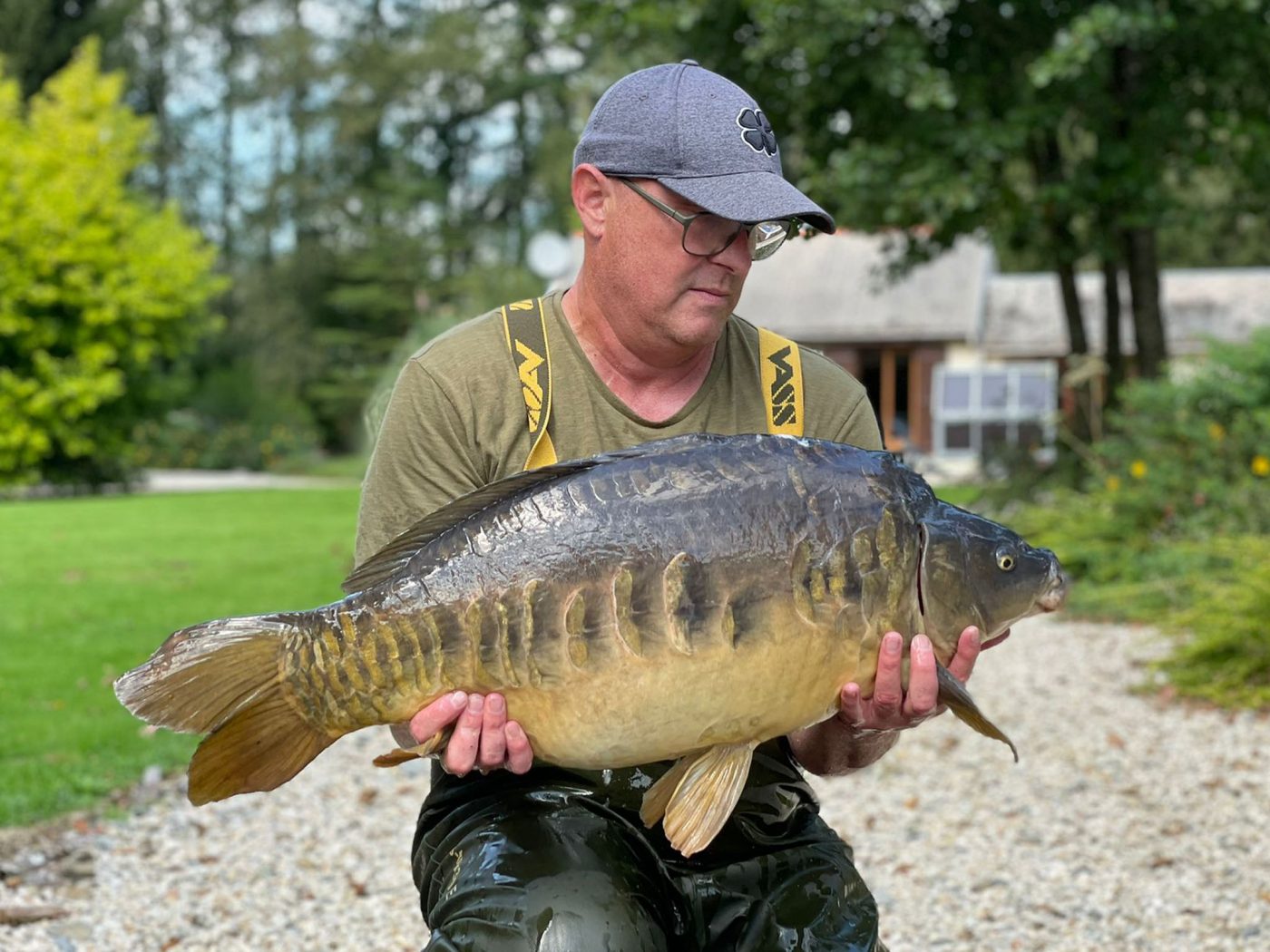 The carp played hard ball this week but Mick stayed focused and worked diligently at his fishing. With time running out, Mick rolled the dice with a move down to home swim and was rewarded with a double take! Unfortunately one fell off in the melee but he did land the absolutely gorgeous April at 29lbs 8oz.

It was a pleasure to welcome Mick and Annelies to the venue. Mick is a very clever man and his ability to learn new skills is just extraordinary. Over the two days I chucked everything at Mick I could think of and it all went in. He was able to replicate and apply all I knew with no errors, no corrections. He was phenomenal and I’m sure he’ll continue to be very successful at his fishing. Take care guys, enjoy the memories and perhaps we’ll see you again one day.

Starve the fish before guests arrive! 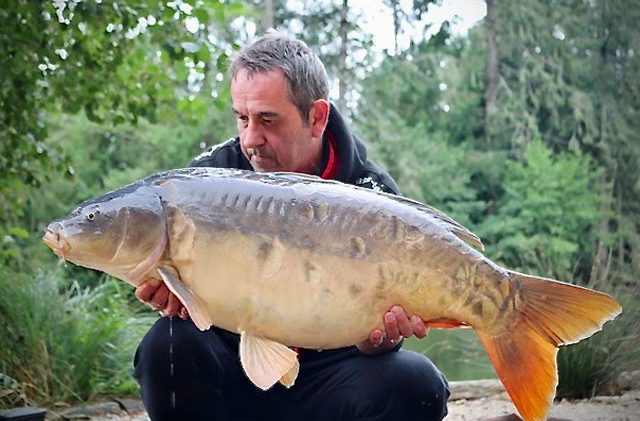 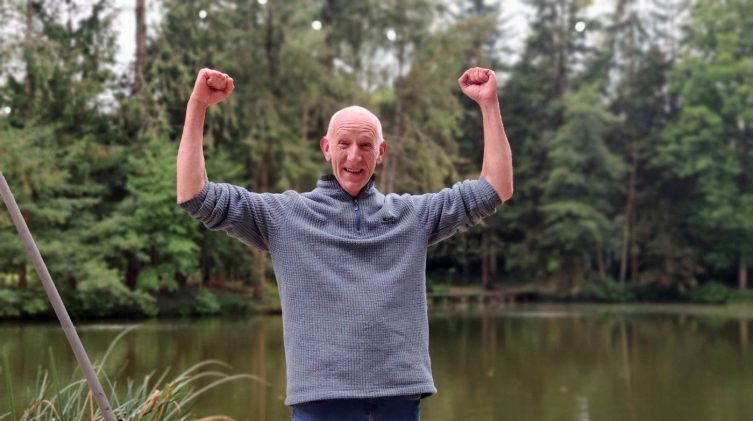 Next Post - Fishing report from Jules, Rick and Andy