Here’s what’s been happening at Beausoleil

This report covers two weeks of fishing. From the 9th to the 16th of July we had the pleasure of welcoming Bill & Steve to the venue for the third time. Affectionately known (by us) as the catfish brothers, Bill & Steve use traditional catfish methods to target our massive specimens. They have absolutely no interest in catching anything other than a massive catfish and their 6/0 hooks and 50mm boilies pretty much guarantee this. So the reality is that they are fishing for just 12, very large fish. They have been successful here before but this year with the temperatures into the mid 30s every single day, it was always going to be an uphill slog. They fished hard and tried everything they could but apart from some small kittens that was the only action they had. They did have some dropped runs which gave them hope but they never rigged up a biggun. They really enjoyed the break away from normal life and had an awful lot of fun trying for them but this year it wasn’t meant to be. We hope for better conditions for them next year.

Due to a medical emergency, our guests that were due the following week didn’t come. I used the time to do some fishing experiments and properly observe the fish and the lake in this tricky hot weather.

At the start, I decided to use one of our Scopex Squid food packs and it wasn’t long until one of the small kittens found my trap. This is a typical problem at this time of year, and we’ll be removing them (again) this winter. You can avoid them by spreading your bait over a wider area but I knew the carp were feeding in the aerobic silt and I wanted my traps to duplicate this feeding scenario.

I used the opportunity to test the new Nash range of particles that we are considering stocking. I mostly used the Scopex Hemp along with Scopex Pellets, Flake and 18mm baits. I also threw in a tin of sweetcorn (maïs doux) and a generous glug of the Scopex Squid Spod Syrup. This is a very potent mix and every small spoonful contains thousands of tiny food items that the carp will graft for and clean every last fragment of. 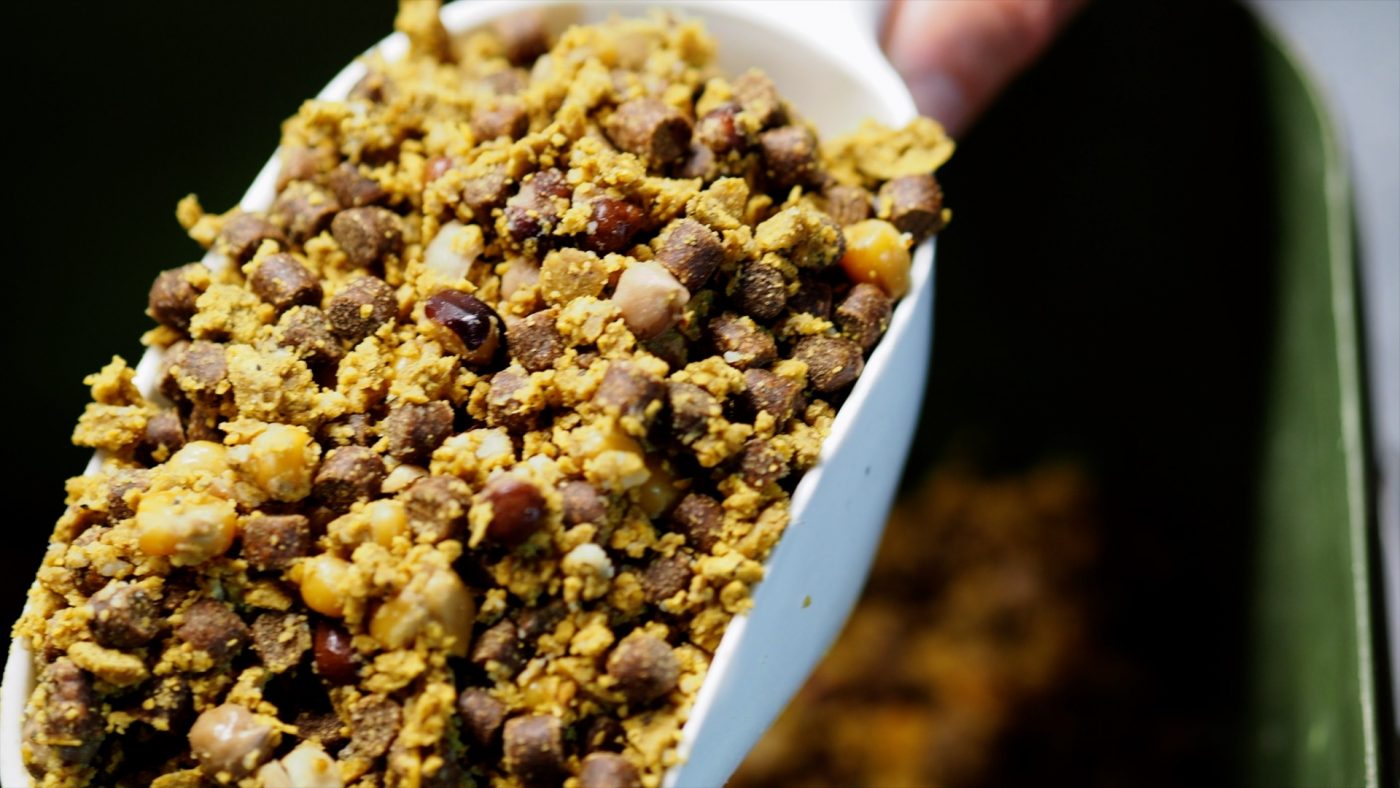 Early on Sunday morning my tweaked mix worked and I tripped up Mr. Angry. I took some water shots and got a proper soaking as a reward!

I’ve also been testing the new Nash run clip that will be out in September. This ingenious little device will make fishing running rigs even safer and save many waters from being unnecessarily polluted with a load of dropped leads. I’ve been using the clips very successfully on the river this year and I’ve banked 15 carp from 15 takes which is unheard of on the river. I had a number of ideas for tweaking this setup and I was keen to use this session as part of this testing. I caught Mr. Angry using the clip in the way it was originally intended to be used. Following that, I added my tweak which involved adding a little shock effect as well providing a tell-tale indication at the lead system end.

I fished the setup like this over the next few days and I caught nothing apart from some small kittens. I had my very best hooks (hand sharpened size 8 Chod Twisters) and my best rigs were spat-out on a nightly basis! I even tried something rather experimental to try and solve this. Nothing worked. I was being done for sure night after night. For my last night, I went back to a traditional heavy duty mono rig with the clip fished in its original configuration (free running without the shock effect but with a tell tale element). At 2am I had a bite, wound down and hit it. I was met with solid resistance and after a short scrape a big mirror was slid over the cord. This time I’d banked Magnum at 45lbs. I was really pleased the changes worked.

Why is the fishing hard at the moment?

After a long period of hard fishing, I’m convinced that right now the carp are getting away with it far more regularly than they are during the early season and they are using the weight of the lead to eject the rig. It’s happened to guests recently and to me this week. What I’m suggesting going forward is to use a traditional running rig or to set the original inline shock and run system very, very delicately. I used some PVA tape to hold my braided tell tale in place to avoid the possibility of any false indications.

It’s easy for us as anglers to say, well the carp just aren’t feeding at the minute. I’m afraid that’s not true. The carp are feeding hard on natural food in the silt and unless you adapt your whole strategy around this, then you are going to struggle. Our carp food pack is designed to help you create a very effective grubbing mix. By adding small particles such as hemp and other seeds to this mix, it can hold the carp in place for much longer than normal. I’m sure that some anglers that have visited us this summer will say, well that’s what we used and while this is true, I don’t think that they’ve tried to adjust their lead setups to be free running and I believe this is where opportunities may have been missed. I experimented with free running lead systems last year at this time and suffered no such slow down during the summer. I know that it’s early days but I’m keen for our guests that are due over the next few weeks to take this on board and pursue these ideas. It’s the only way to know whether it’s possible to turn the tables back in our favour.

Into the new week

I did a tuition session with the guys this week and they’ve been able to apply the new plan. They caught a 27lb common on their first night of trying using a heavy duty mono rig fished on an inline lead that was virtually free running. They are also using our Scopex food packs with the addition of some of the Nash particles to create a really attractive grubbing mix. Let’s see what happens for the rest of the week. 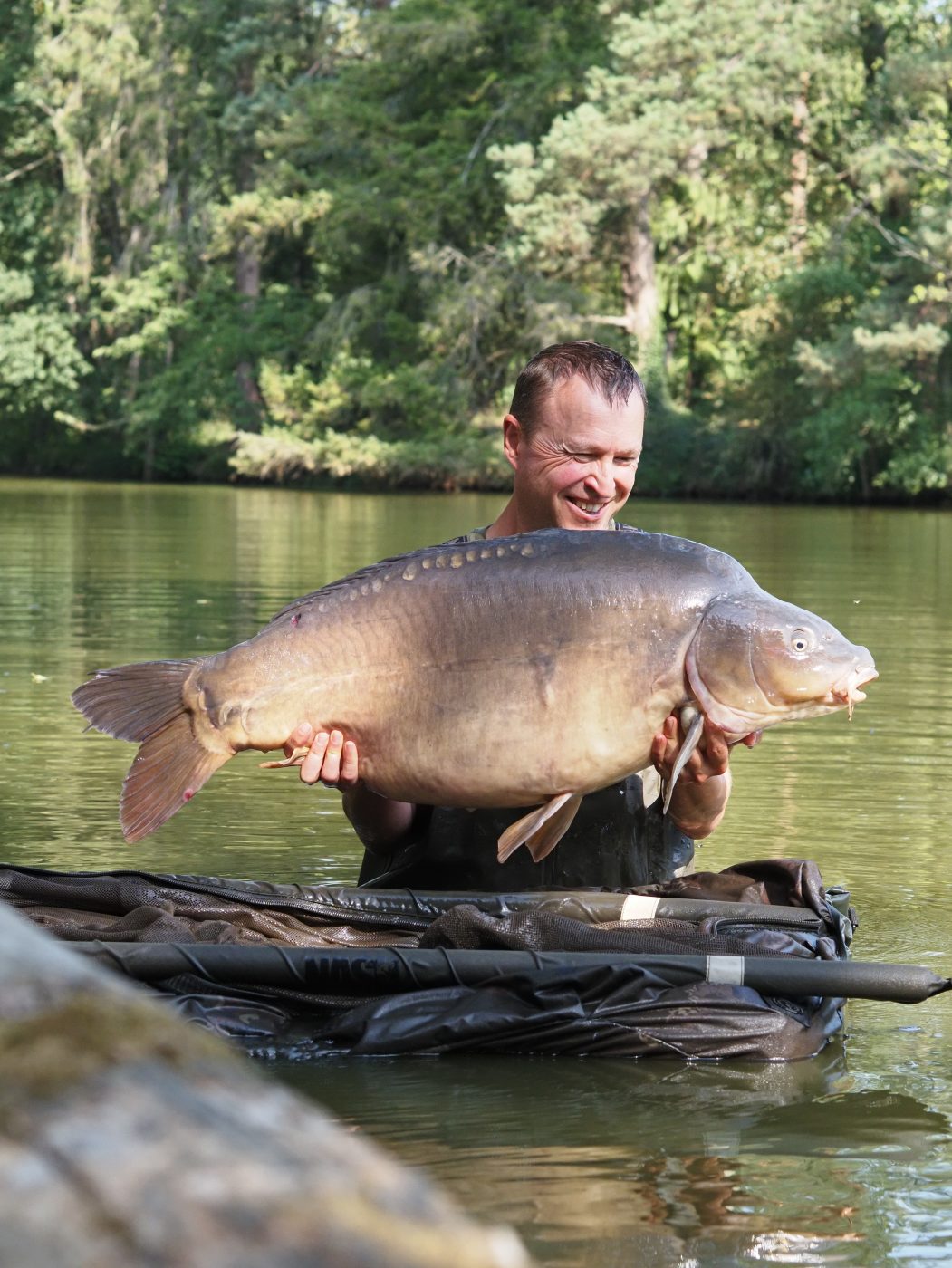 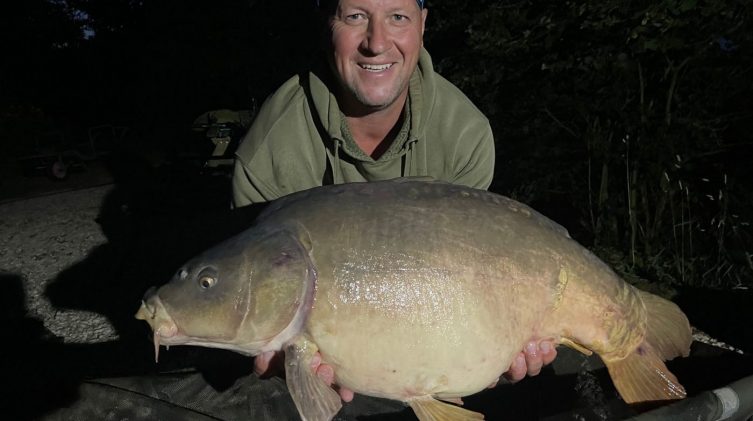 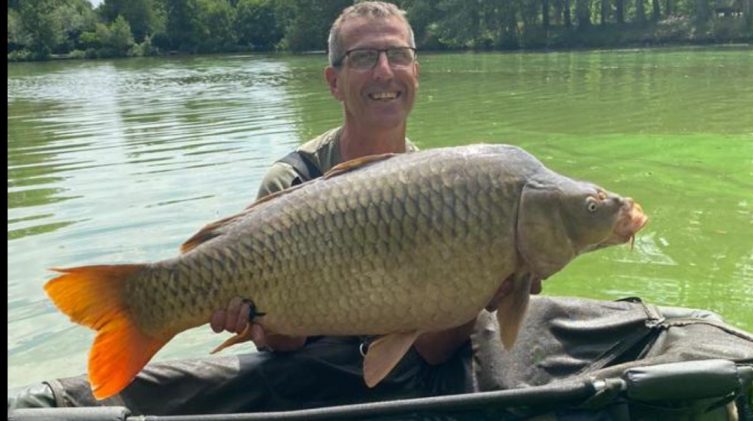