After 2 more years of mainline testing, I pitch the ESP Syncro vs the Nash Bullet mono and there is only one winner.

The search for the right mono for Beausoleil

For the first few years at Beausoleil, our rules on mainline were very simple. Fish with anything you like as long as it’s 0.40 diameter. It was a beautiful dream but the reality was an absolute horror show of mainline failures every single week. One angler confessed to being snapped up 15 times… words failed me.

During the winter of 2015, we decided that enough was enough and this had to stop. We ordered 12 different lines ranging in rating from 25lbs to 50lbs and spent the entire winter testing knots. I tied, tested and broke hundreds of knots while Ren tapped the results into a spreadsheet.

The result of this work was that the Berkley Big Game in 25lbs (0.48) was consistently stronger than everything else. The knot was simple to tie too. The 5 turn blood knot. After an initial trial of two years which saw a dramatic improvement in the reduction of mainline failures, we made Big Game mandatory for both carp and cats.

The only downside was that 0.48 mono is a heavy line and many guests were not accustomed to using anything like this.

Last year I decided to dip my toe into the mainline market once again and bought some ESP Syncro XT Loaded in 18lbs (0.40). I chose it because according to Angling Direct, it was their best selling mainline and this is always a good sign. I was also swayed by the bold claim that with a 5 turn double grinner 25lbs could be achieved.

So, how did I get on? Well the figure of 25lbs is a fantasy for a start and the double grinner performed worst of all the knots I tried, failing as early as 10lbs. I was not impressed. However with some perseverance, the palomar was reasonably consistent and I could get 18lbs out of it which meant I could just about get it to pass the 8kg kettle bell test.

On the plus side the abrasion resistance was very good and it compared favourably to the Big Game which was 0.08 thicker. I fished with the ESP in 10lbs (for distance) and 18lbs at Beausoleil for most of the year. I used it for hooklink as well as mainline. I was snapped up a few times which was disappointing and I certainly had some premature failures (of the hooklink) while wrestling big cats. It was interesting to note that these failures were not related to abrasion resistance but knot strength. The ESP Syncro does not like the knotless knot or the hooks I was using at the time were somehow cutting into the mono at the eye and triggering a premature failure. The good news was that it was nicer to fish with 0.40 mainline. The bad news was that it still wasn’t up to the task we needed it to do.

This year I’ve scored myself some Nash Bullet in 20lbs (0.40) and in 10lbs (0.28) for distance work. Nash Bullet was a classic of the 90’s. I never used any back in the day but it earned a fearsome reputation for being bulletproof (hence the name). Nash relaunched Bullet a couple of years ago so I took the plunge to see how it stood up to the rigours of Beausoleil…

I’ll admit that it is still early days but when I look at the bench test results and the real world fishing results, this stuff is good. In fact it’s so good that I’ve fast tracked it to the very short list of approved mainlines for use here.

Use the Nash Bullet with the 5 turn tucked blood knot

On the knot testing front the 5 turn tucked blood knot is definitely the one with 100% pass rate over 10 knots at 8kg (17.5lbs) That’s impressive for a 0.40 mono and the tucked blood is really easy to tie. It was also impressive on my abrasion bench test. Over 10 tests, it came within 7% of the average score of the Big Game 25lbs (0.48) but is 17% thinner. Again, really good stuff.

On the casting front, it scored very well indeed due to the incredibly low coefficient of friction this line has. I haven’t been able to explore its full potential at Beausoleil but trust me, it casts really well. Much better in fact than the ESP Syncro, let alone the Big Game.

On the fishing font, I’ve been using the 20lb for both mainline and hooklink and it’s been great. It’s banked x12 40s and a catfish of 70lbs. The battle with the catfish lasted for a good 30 minutes and I really gave it the beans to test everything to the max. Everything held really solid. I’ve tested loads of hooklinks I’ve made up with the 20lb bullet using our 8kg test bell and again the results have been impressive with just the one failure but the bell was off the deck so a virtual pass. The 8kg test is absolutely savage and in the real world, there is no way your knots should be exposed to such a load but experience tells me that that is what we need the gear to be able to take when things don’t go to plan. 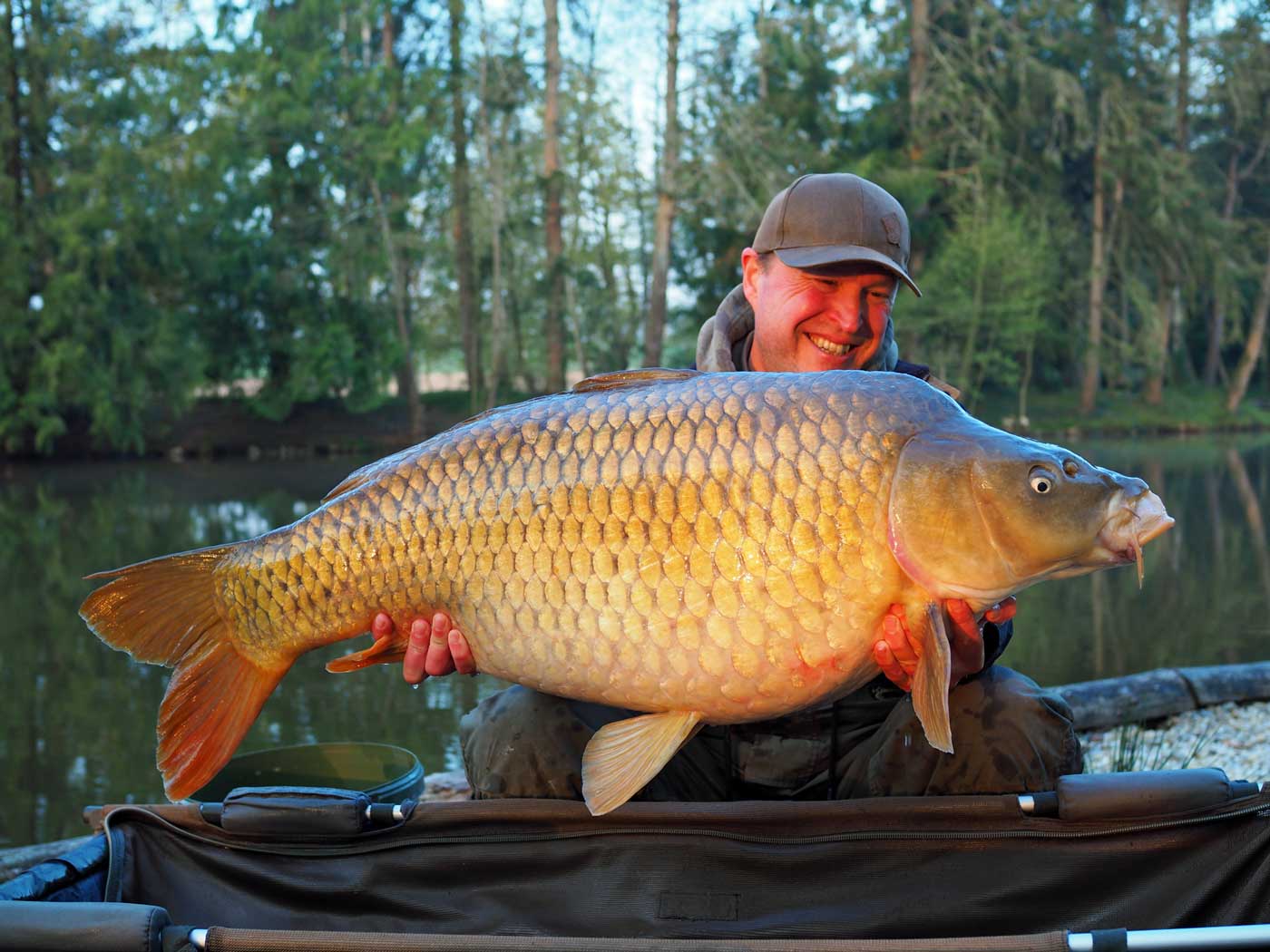 Going forward: the Nash Bullet can be used at Beausoleil

For those of you that already have the Big Game and wish to continue to use it, it’s not a problem. It’s a good line and has stood the test of time. For those of you that would prefer to use something thinner, the Nash Bullet is a great choice and will be available to pre-order directly from us along with a few other key terminal tackle essentials from Nash.

I’ve spent the last ten years searching for the perfect mainline for Beausoleil that combines immense real world knot strength with a massive amount of abrasion resistance but is not massive in diameter and friendly to fish with. It’s too early to say whether Nash Bullet is the perfect mainline solution but the signs are good and you can use it with confidence. I am! 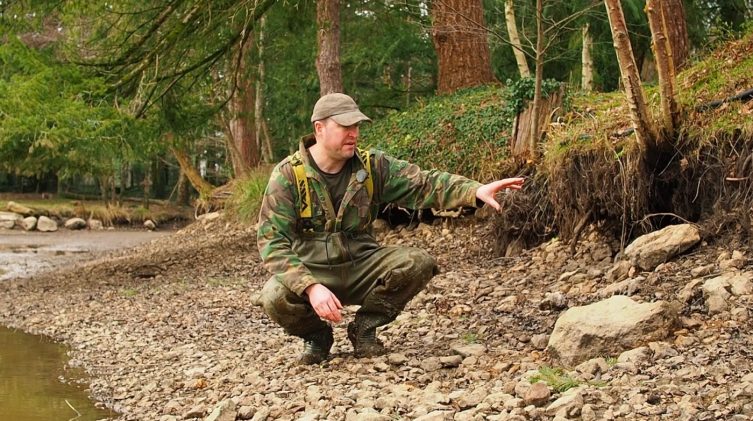 Previous Post - The secrets of the lakebed (with video) 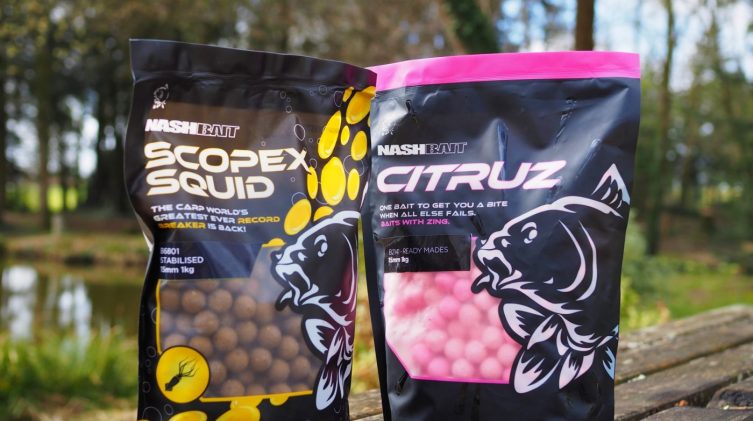