Best carp fishing tips and tactics from our successful anglers: Tony and his superb baiting skills and snowman rig setup

This month we welcomed back some Beausoleil regulars who brought along a new friend, Tony, for his first ever carp fishing holiday. Now, the first thing you need to know about Tony is that, despite the fact that this is his first session in France, Tony has been carp fishing since the early 80s and within a few minutes of meeting him I knew that he knew a trick or two. In fact, he has probably forgotten more about carp fishing than some will ever learn! Being a very fair bunch of lads, they all agreed to offer Tony first choice of swims, the only condition being that they choose before arrival (these were their rules, not mine!). Tony spent many happy hours poring over the catch reports, watching the videos on our YouTube channel and reading my blogs and was convinced he’d picked a winner. Turns out he was right, but just being in the right swim on the right week guarantees nothing. You still have to catch them! 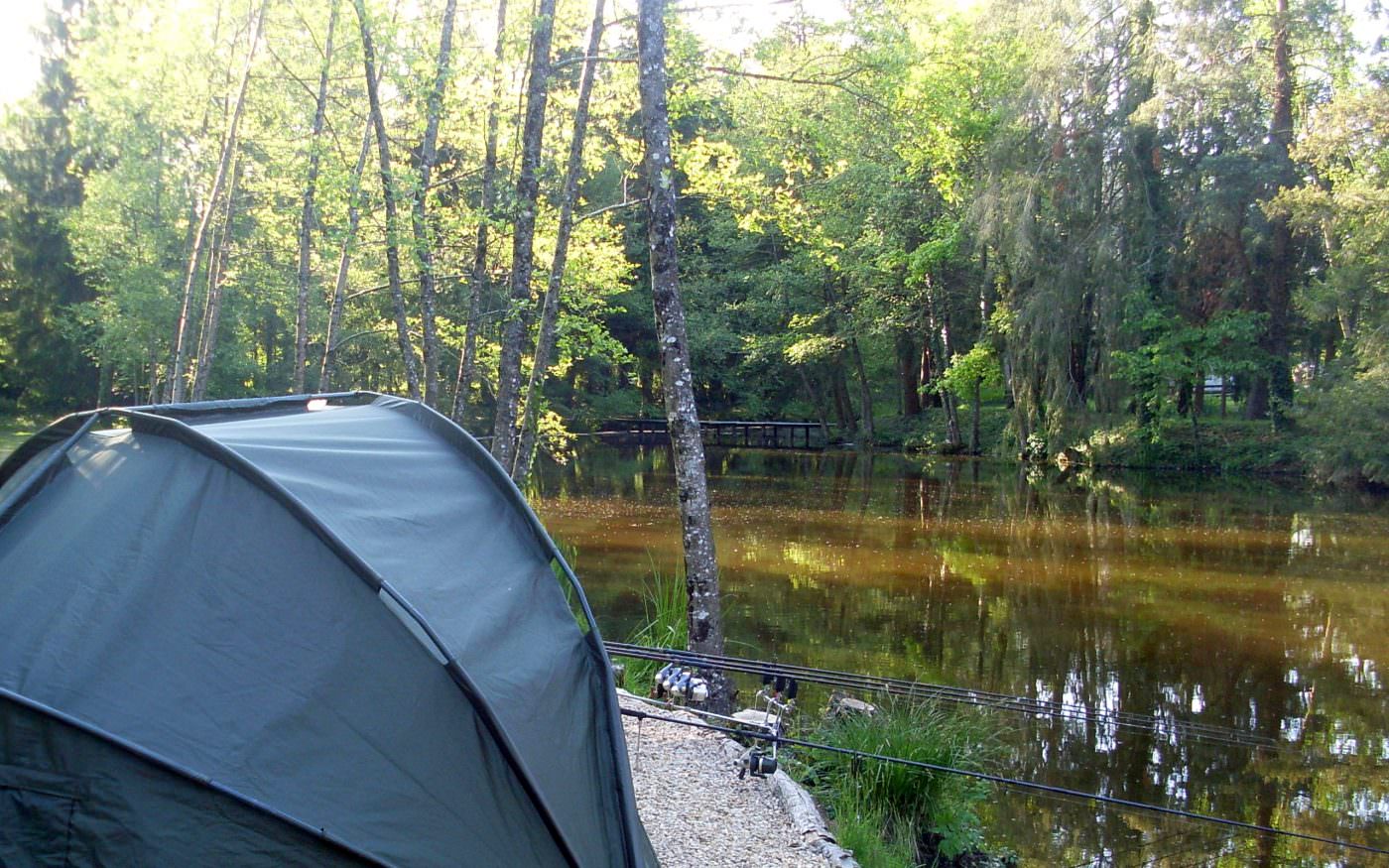 Through Twitter and Facebook, I’d already “met” Tony in a virtual sense and enjoyed chatting to him and responding to questions and it was great to finally meet him. As always we greeted the lads with open arms, popped open some chilled beers and did the lake tour. It had been a couple of years since their last visit as we were already booked up for the weeks they wanted last year. In the meantime, we had been busy little bees and they were amazed with all the work we had done which is always nice. Tony explained that he had chosen his swim and I confirmed that it was an excellent choice, which was music to his ears! I gave the lads the run down on the recent activity and how various spots had been fishing and then left them to it.

We run Beausoleil a little differently to a number of other venues. We don’t live on site and don’t come round on a daily basis interfering with your privacy. Much to the horror of some other fishery managers we’ve met, we trust our clients to fish safely and responsibly. Much to the delight of our clients, they get to relax and enjoy the venue which, after all is what they’ve paid for! Unless circumstances dictate otherwise, I only make one mid-week visit to see how everyone is getting along. If you’re catching, it’s a quick social and I’ll leave you in peace, if you’re not and I feel I can help, then I offer advice that you are free to take or not. It’s your holiday after all!

Tuesday came around and I popped along to see how the lads were doing and could hardly believe my ears. Martin, party leader, all-round top bloke and good angler, had only had the one, his brother Jamie, who to be fair was relieved just to be on holiday, had had nothing, and Steve was also blanking like a trooper which was mad as Steve has had some stunning catches here over the years. Tony on the other hand was catching so prolifically he was only using one rod at night! Talk about rubbing salt in the wounds. After a nice social with Martin, Jamie & Steve, it was time for me to get to the bottom of Tony’s success: 15 carp from 25lbs to 37lbs in three nights….. now that is crazy for one angler at our venue in such a short space of time. 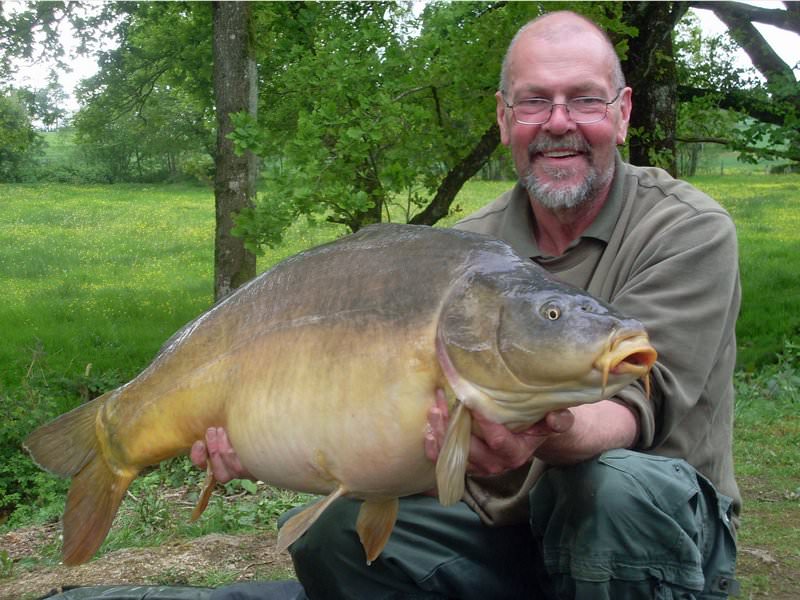 Tip no1: Get your baiting strategy right

What Tony was doing was mixing it up like some godlike DJ. He had eight different spots on the go and was catching from all of them. He was resting spots while baiting them and moving his rods about on a very regular basis. The poor carp didn’t know where the angling pressure was coming from because he was always one step ahead. His baiting strategy consisted of big spreads of hundreds of baits as well as small traps of lots of crushed and chopped items with small balanced baits over the top on other spots. Now this is all well and good and anyone can throw bait in but throwing the right sorts of bait in at the right time in the right place is an art form and those that are skilled at it catch loads more fish than anyone else!

To be fair to the other lads, who are all skilled anglers, they had been very kind to Tony. They knew as well as I did that his swim had the potential to produce a number of carp this week (not anywhere near the quantity that Tony had caught mind!) and fair play to them for making sure his first trip went off with a bang. All our swims will produce carp of course, but there is always one that out fishes the rest (it’s not always the same one by the way, far from it in fact!).

Tip no2: Keep watching the lake for signs of activity

Careful observation of the water over the first 24hrs will give you a good idea of what’s going on and if you aren’t able to put rigs on fish, your carp fishing holiday may be a little too quiet for your liking. I know that Tony had been watching the water like a hawk for the smallest of signs and fine tuning his baiting strategy accordingly. By going down to one rod each night, he magically reduced the angling pressure which further increased his chance of catching. After each fish, rather than put his rod back out on the same spot, he chose another one which was already lined up and ready to go. He also topped up his spots during the night if he felt that he carp had been feeding.

Rig wise Tony is using his own variant of the Beausoleil bottom bait rig with a lightly fixed inline lead that slide back after the first shake of the head. The hook link is a little shorter at 6” and the bait is a small snowman presentation. Hooks are quite tiny too at size 8 but like me, Tony is a massive fan of hand sharpened hooks. Tony did confess that when he met an express train of a common carp that went from one end of the island to the other and nearly smashed him under the bridge that he regretted the fact that he didn’t have on a size 4 (my default choice). In fact this common went so hard he thought it was one of the big cats. Tony told me that as it neared the bridge, he knew it was time to go big or go home and with his hand clamped over the spool applied a massive amount of side strain. As the rod bucked and shuddered under the strain, finally he turned it and it was safely netted. Tony’s caught a lot of carp in his time and was stunned by how well that common went. After all it was only 28lbs!

Results such as these don’t happen by themselves; in my opinion luck has got very little to do with success with regards to angling. Carp fishing is not complicated. Basically all you have to do is find the fish, encourage them to feed with confidence, position an effective rig in a spot where the carp are willing to feed and then make sure they don’t drop off before their lips touch the spreader block! Simples!

Tony has worked hard at his fishing this week, baiting up at 3am rather just sliding straight back into the warmth of his sleeping bag takes dedication and drive. Well done mate, loving your work! 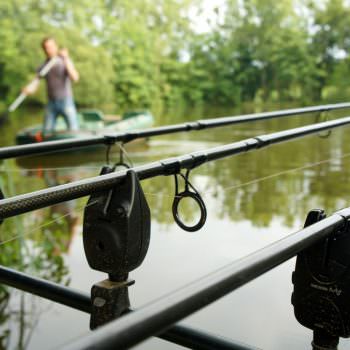 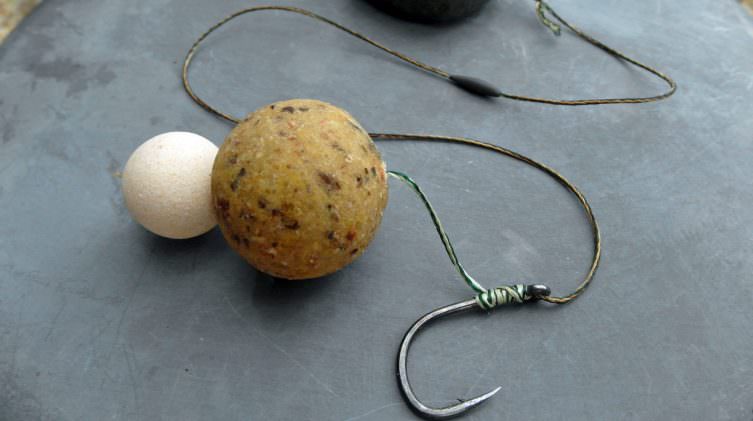 Previous Post - Fishing with the Beausoleil snowman rig in the autumn 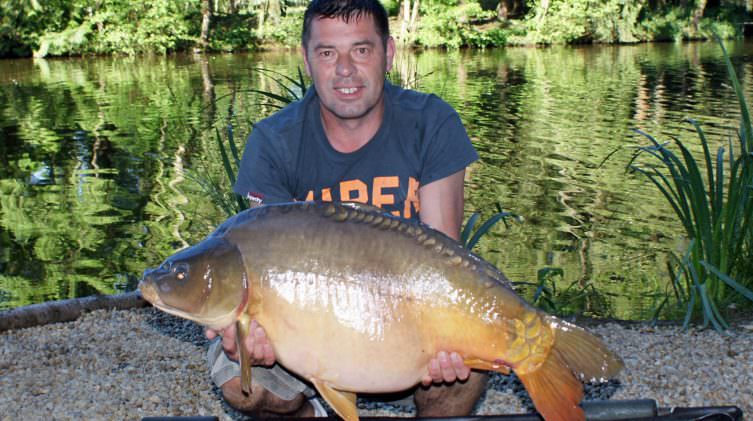