Scroll To Top
The week of 11 July is available for £995 only, full refund if travel restrictions are still in place.

What’s happening this winter at Beausoleil

As usual, the winter is the ideal time of year for us to carry out improvements to the venue and this year is no exception. This time, the main focus was to strengthen the lake banks and net the lake to sort through our species.

Don’t forget to check out our 2018 highlights blog article here. 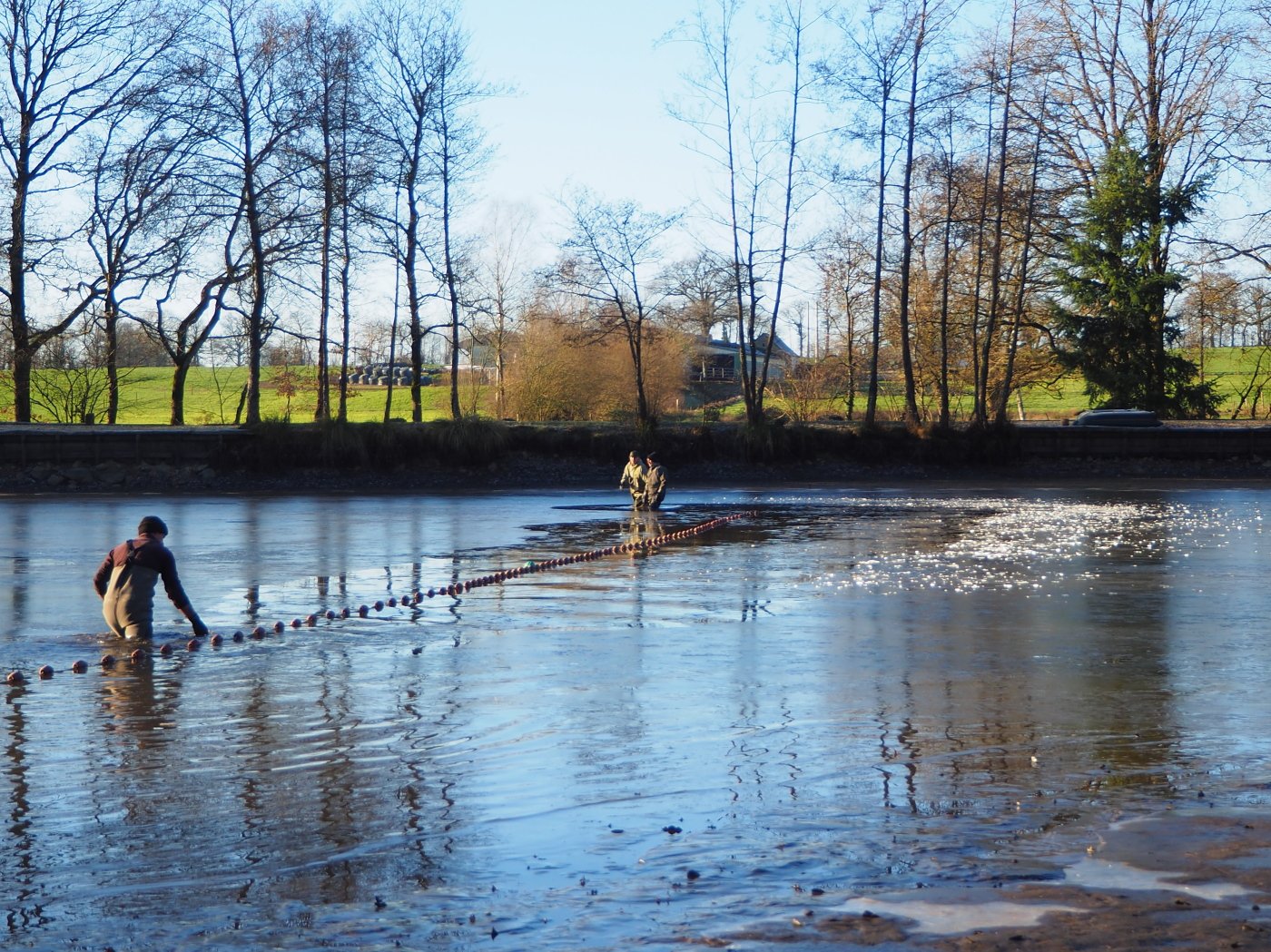 The weather conditions were challenging for the day of the netting this winter with half of the lake covered in 3-5mm of ice so big thanks to the crew for smashing the sheet and clearing it piece by piece from the net. 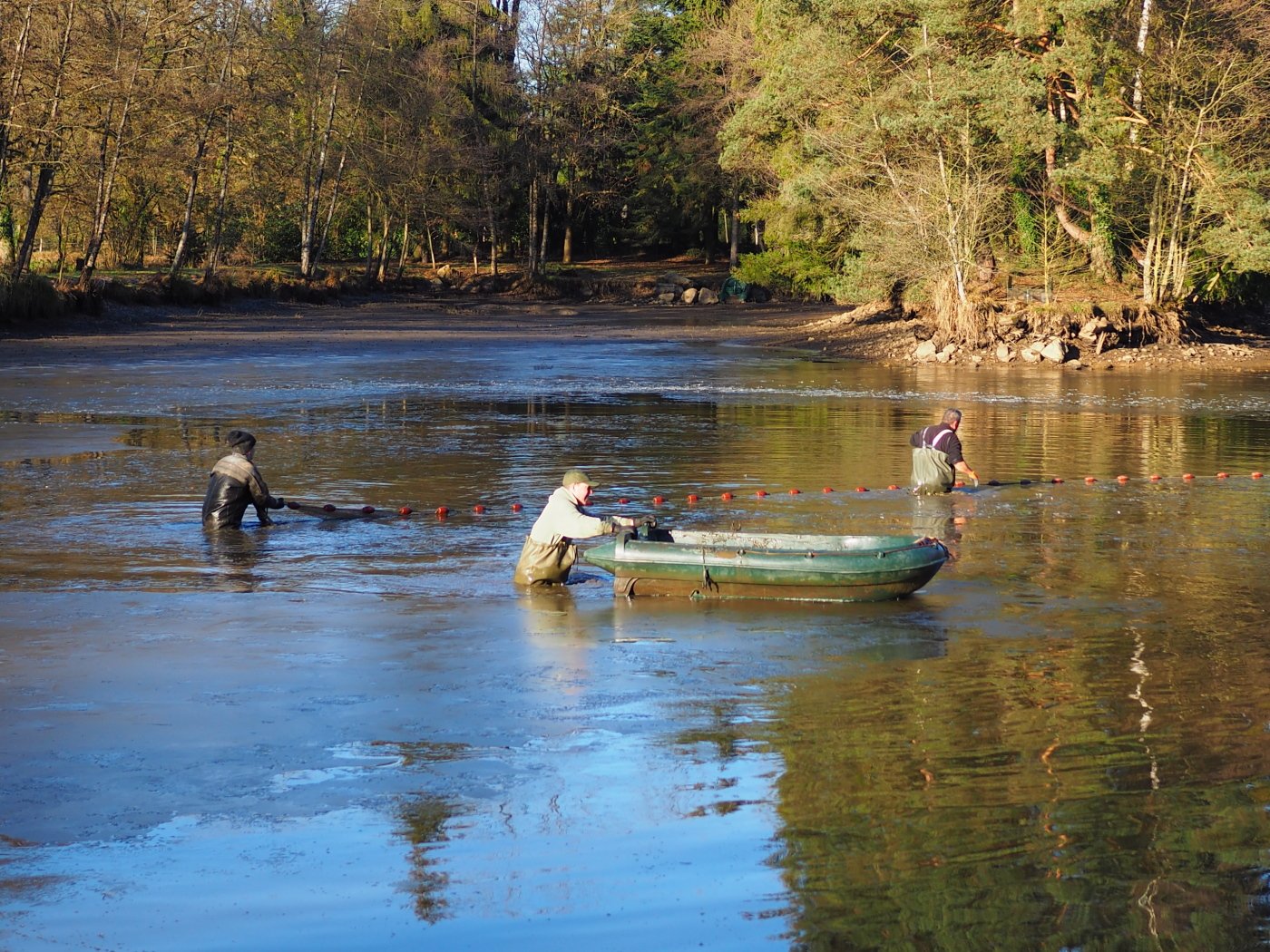 As we know pretty much exactly what we have, this was more about sorting through what we didn’t want rather than doing an exact inventory. 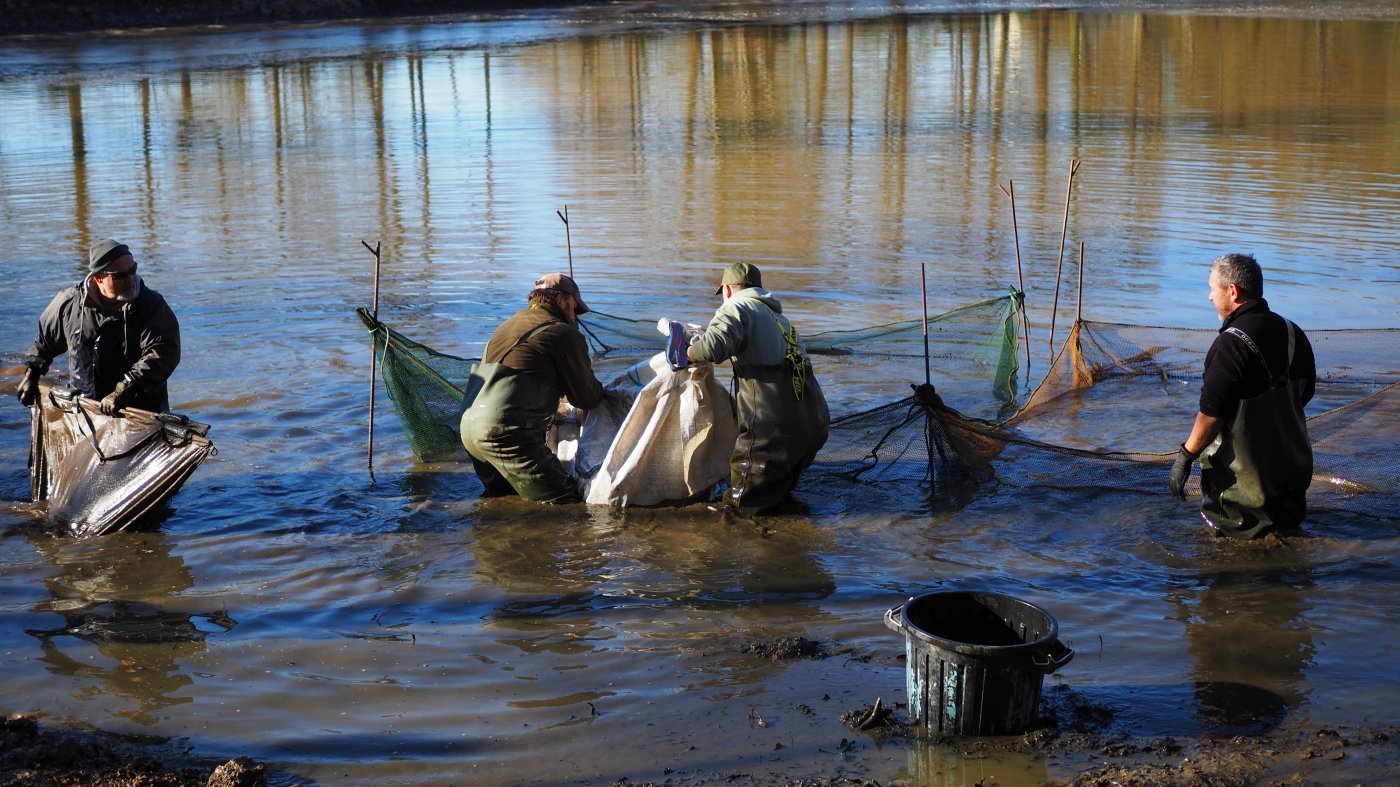 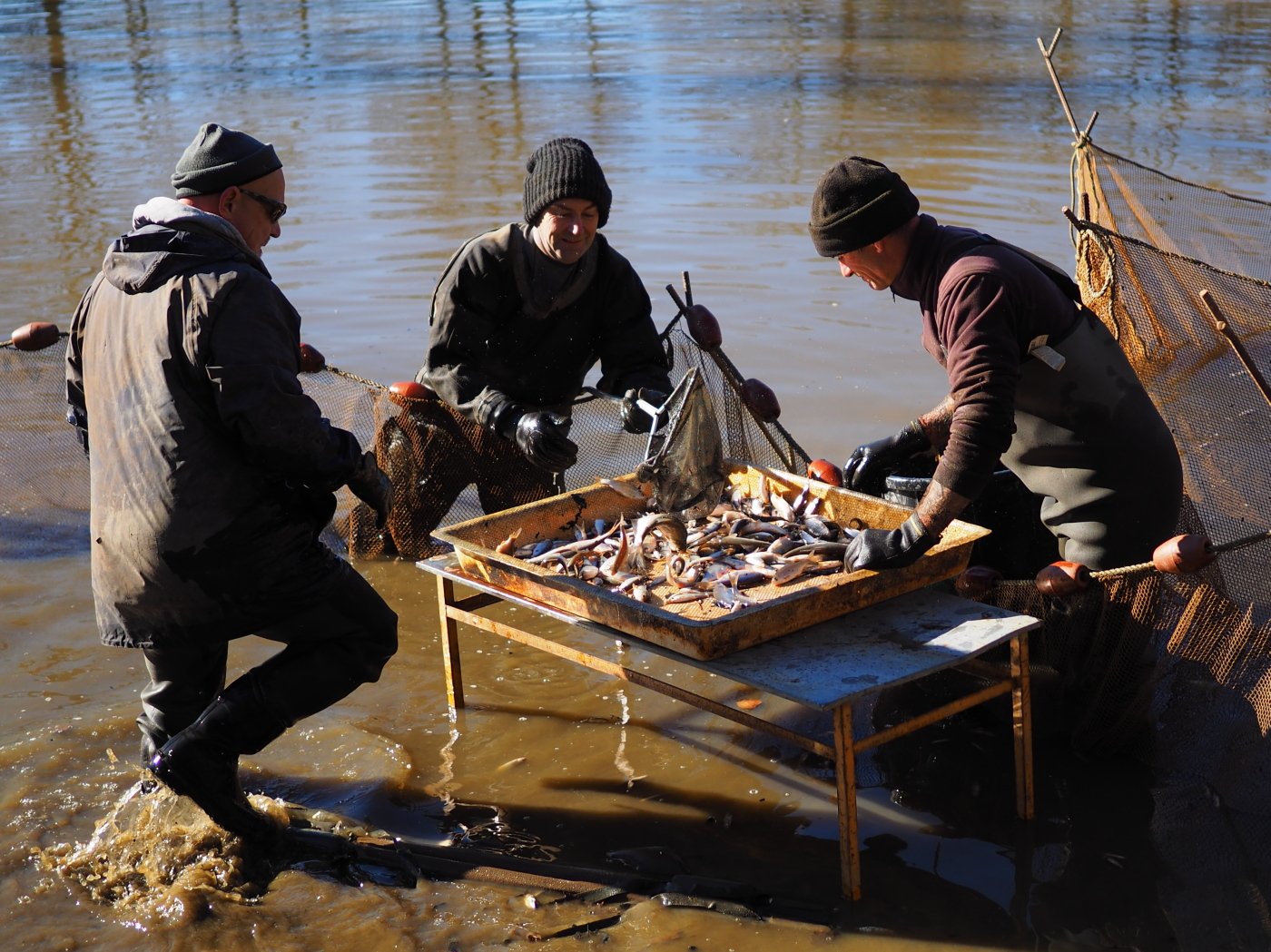 Once the ice was cleared, the netting went very well and we managed to get around 90% of the fish after two drags.

We couldn’t resist taking a few photos and weighing a few of the ‘A’ listers. One of the biggest surprises was a carp known as Single Scale that only made one trip to the bank last July at a weight of just 36lbs. This netting, she’d morphed into a 43lb 8oz mirror!

This brings the total current number of 40’s to a minimum of six and we’ve also got loads of carp in the 38 – 39lbs range just waiting to break the 40lbs mark this year! 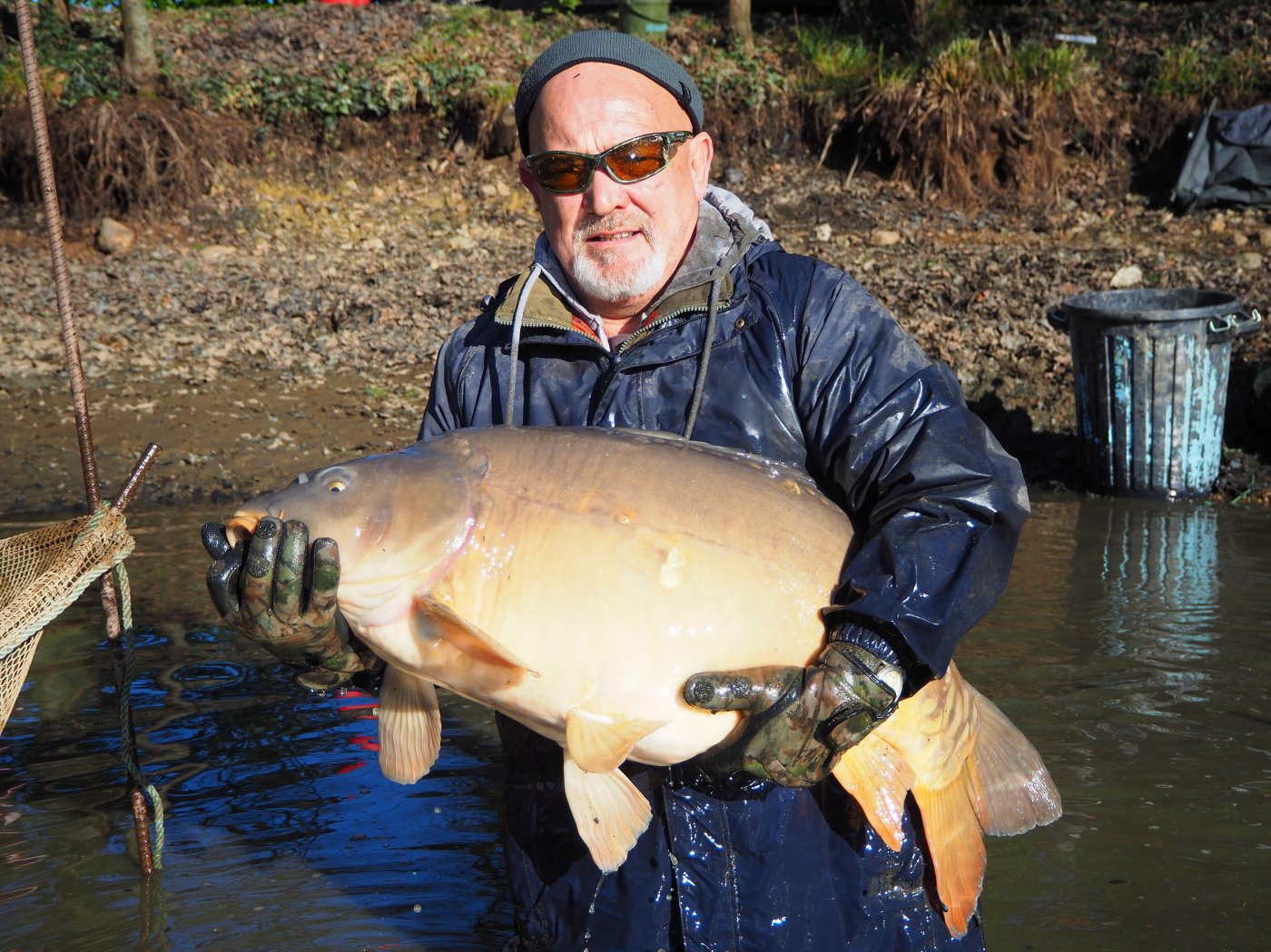 We weighed the Big Apple at 39lbs (previous best 37lbs) and she still has plenty of time to pile on a few lbs before spawning!

We also saw Mr Angry and Pepe in perfect condition but we didn’t weigh them. We conservatively estimate that around 50% (40+ specimens) of the carp netted were over 30lbs with some strong mid and upper twenties backing them up. We missed a couple of the big cats but saw 17 in total with most over 80lbs. 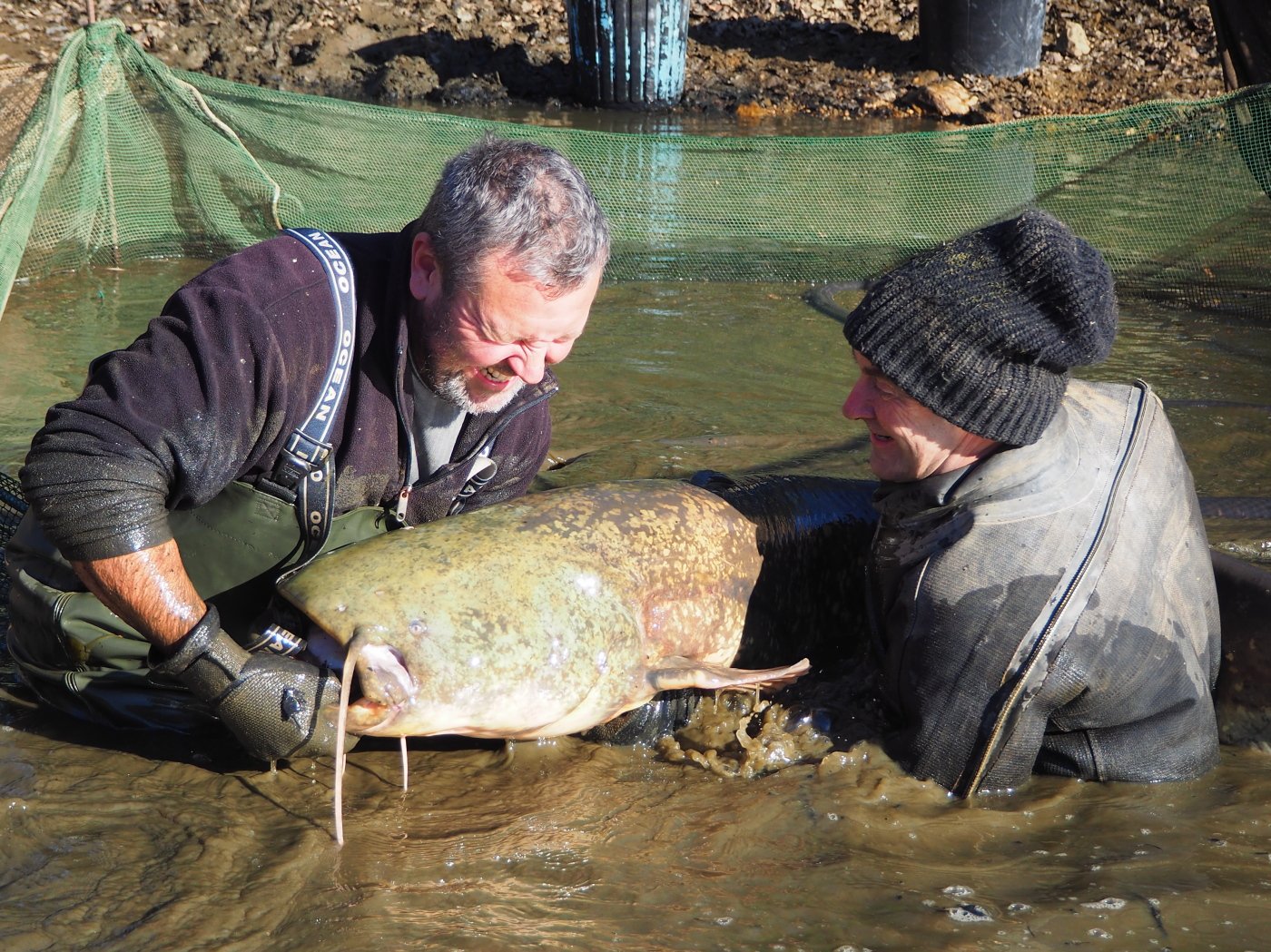 It was also great to see some really pretty c3’s that have survived and thrived and a number of these are already into double figures. 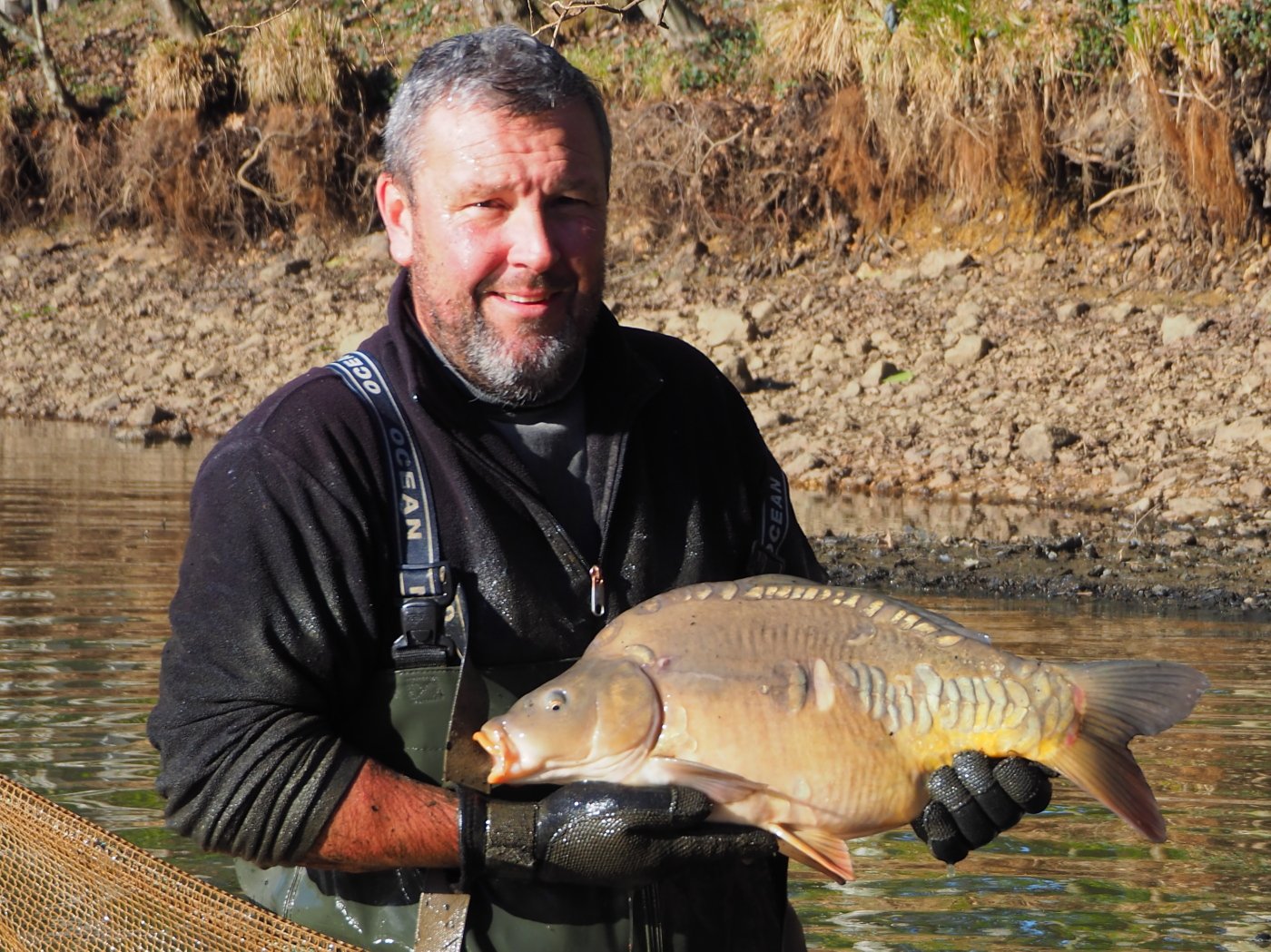 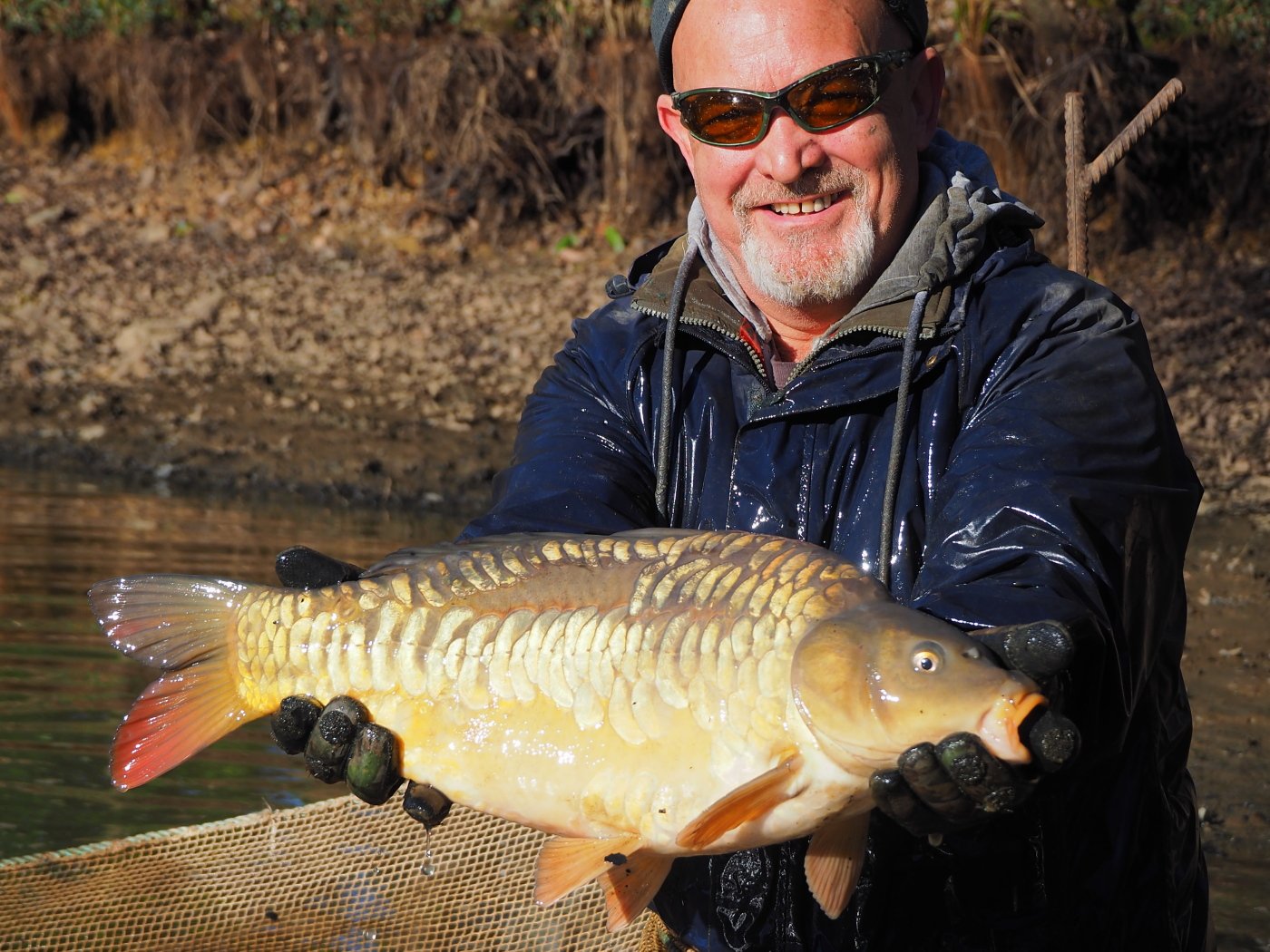 The two zander stockings that we made have been successful and the best of these are in the 5-6lbs bracket with plenty of around 3lbs. We also found a number of young pike but have decided to bolster their numbers with a stocking of 40kg of jacks to help control the roach and any newborn carp. We don’t have many perch but we did find a couple of cracking strippies that have been feeding hard and getting fat! 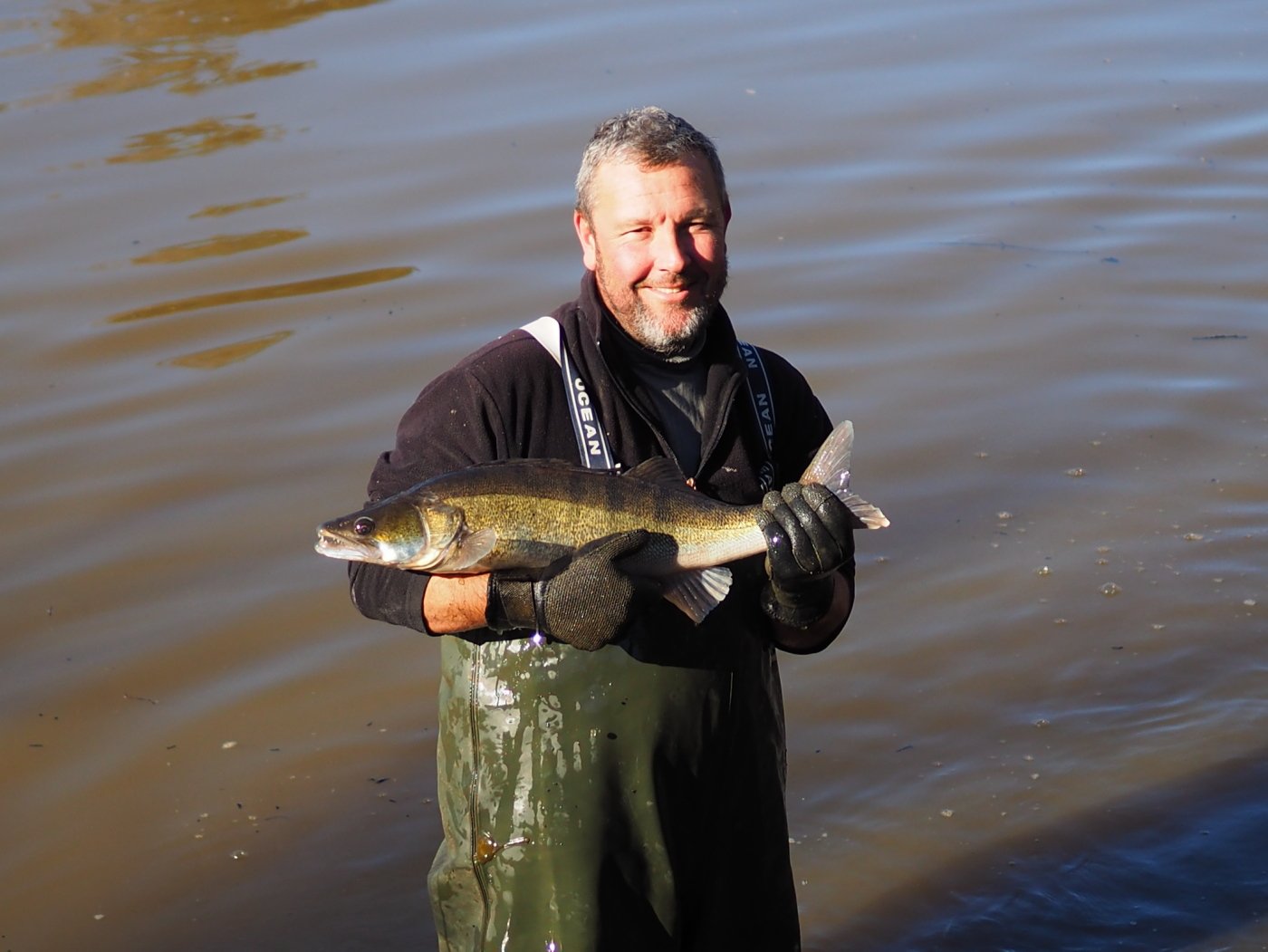 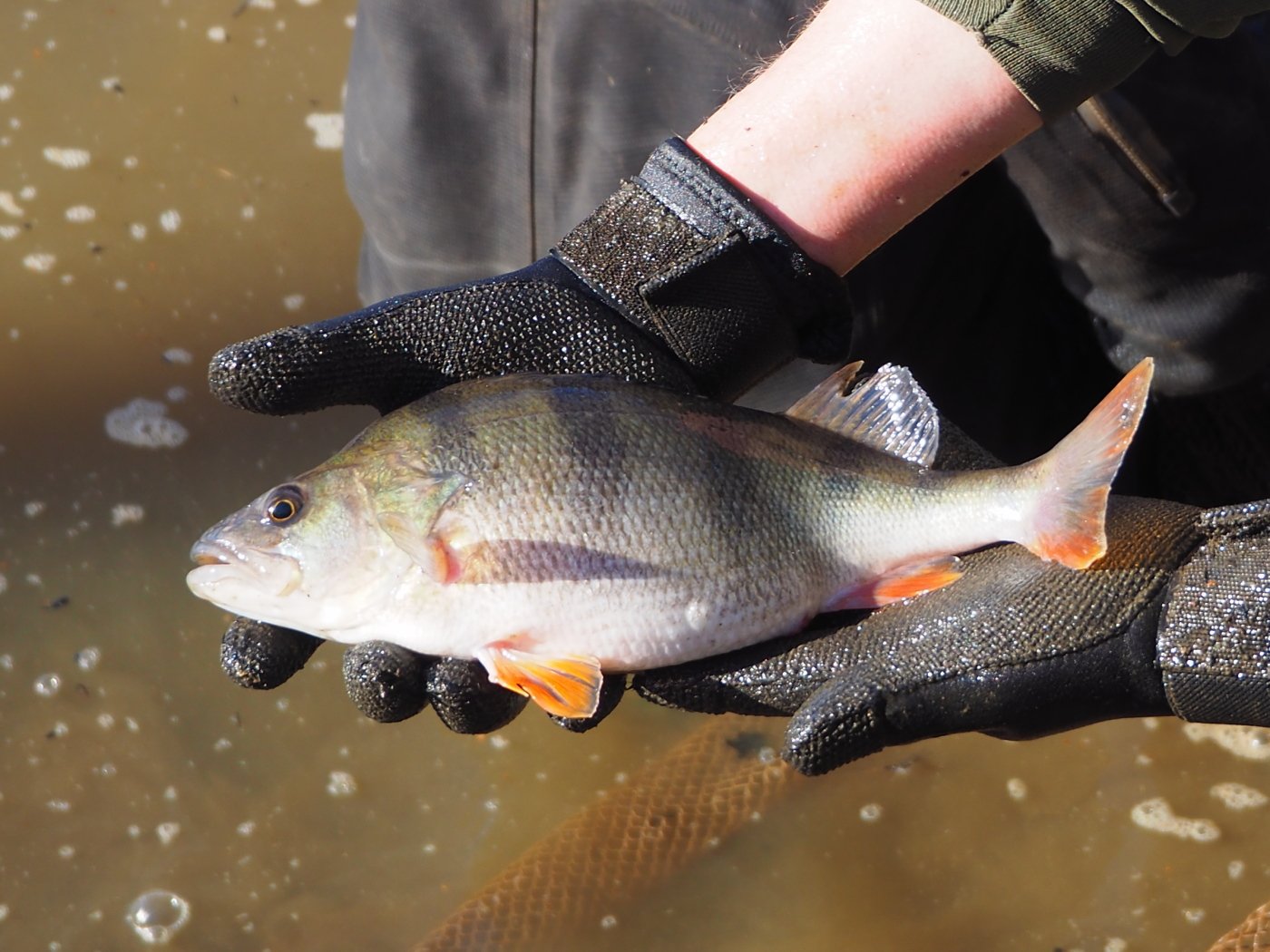 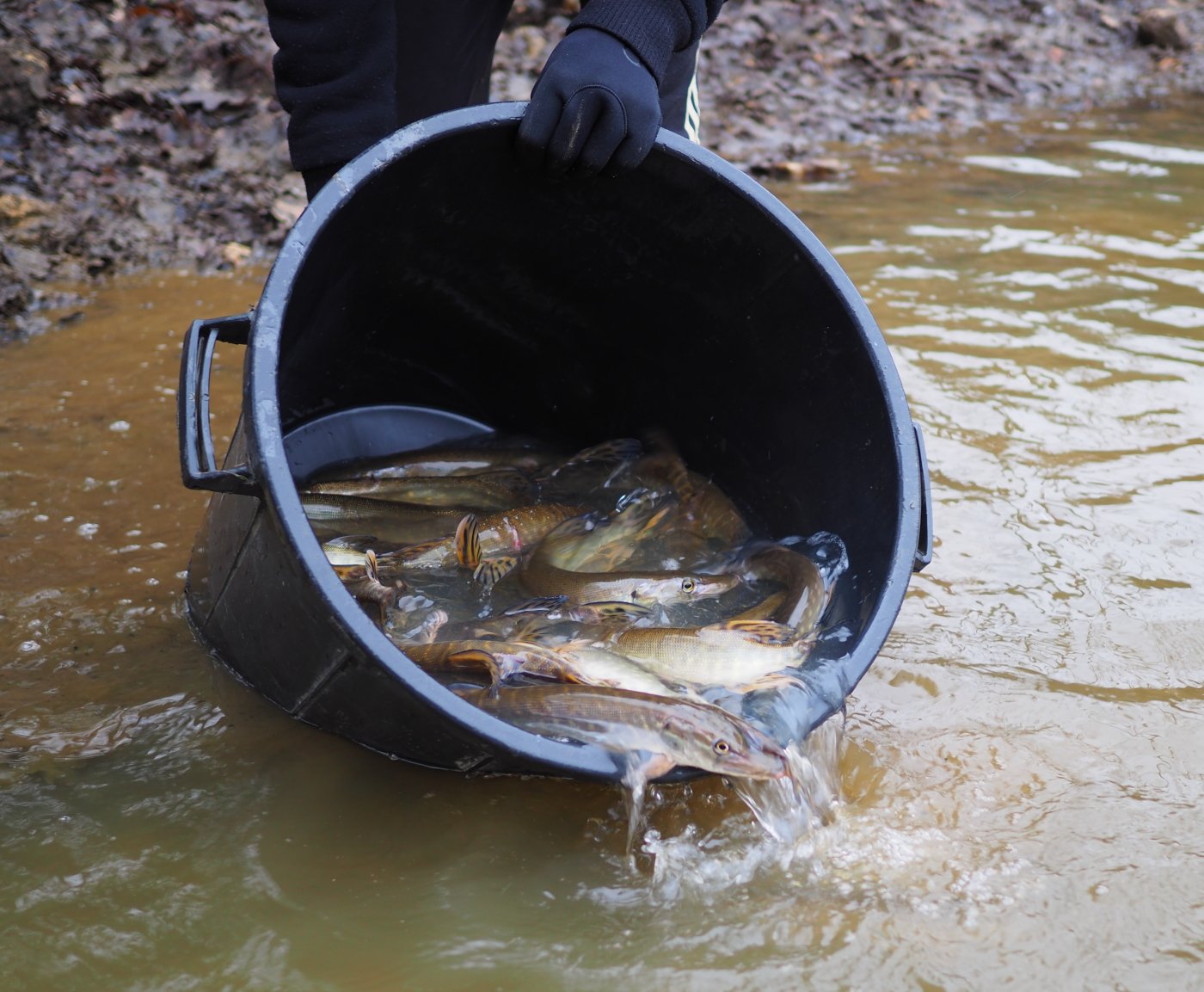 We removed approx 250kg of small catfish (3 – 10lbs) and 10 x c3 commons that went to a good home and we have retained 20 for our future. We decided not to touch the roach population in the end as these will be controlled by the army of small pike. 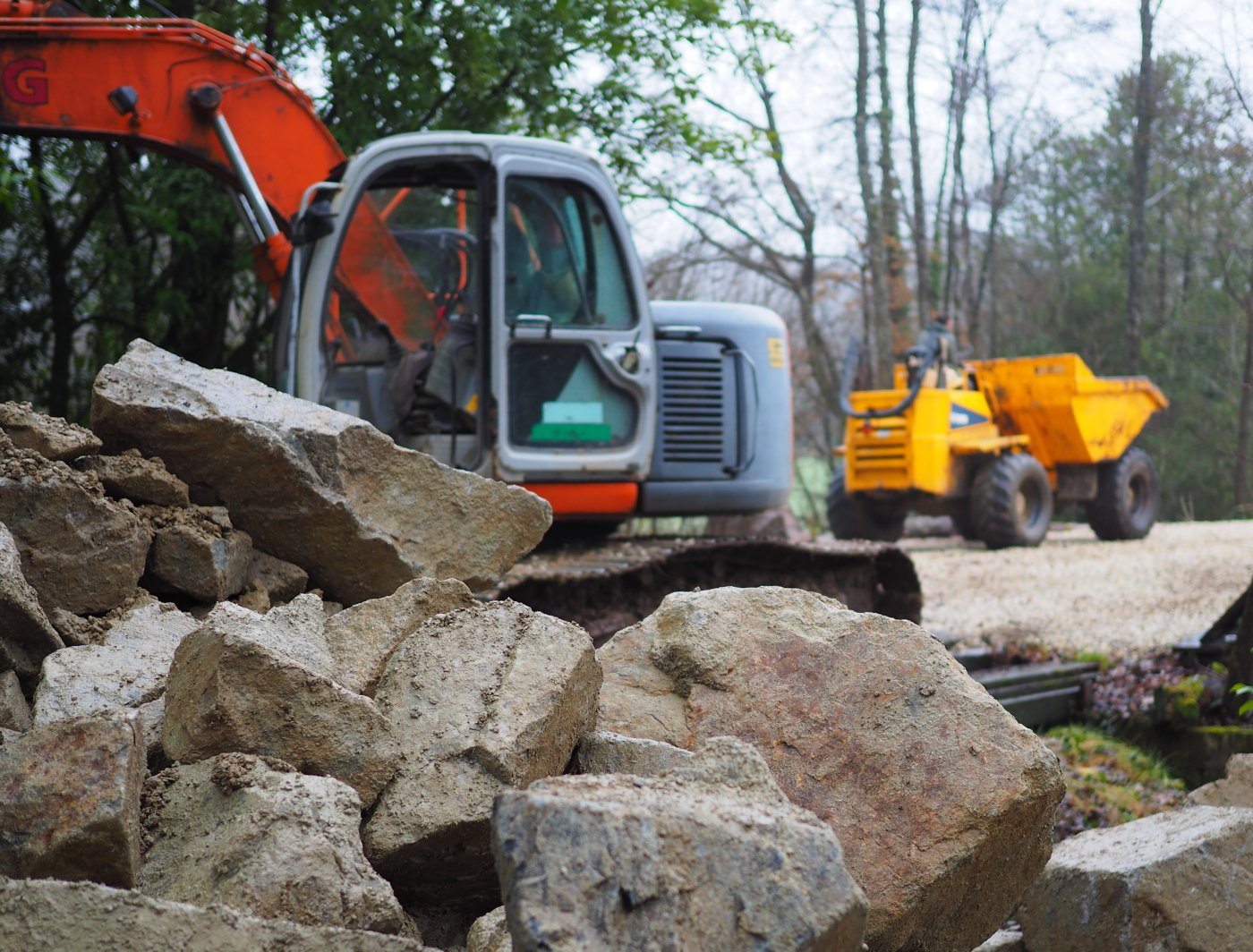 Following the major lake renovation we did 4 years ago, there was one more big job we needed to tackle and that’s the reinforcement of the far side bank where the Big Double and Island Point swims are. The various rodents and the weather have eroded the bank over time and it needed strengthening. 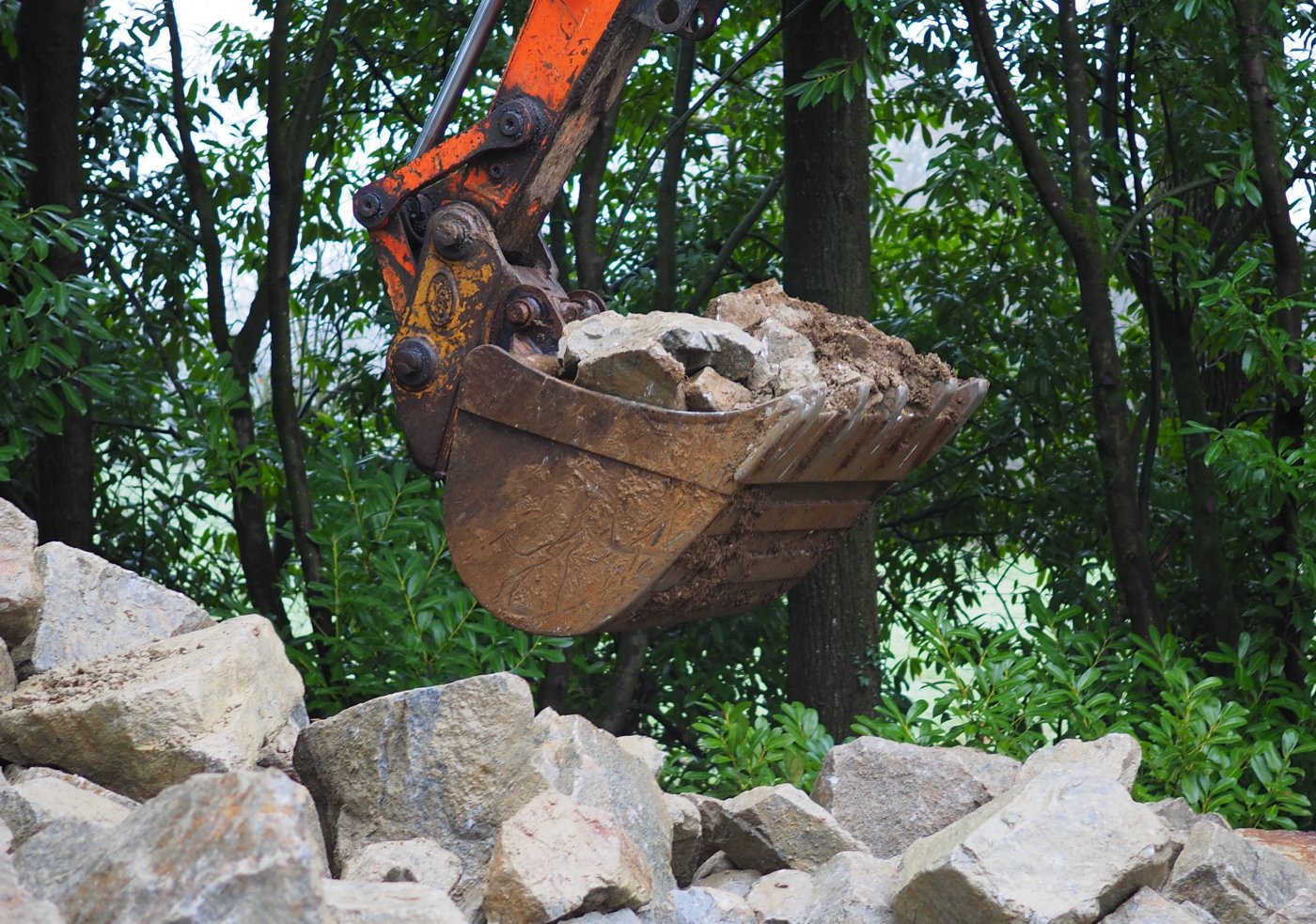 The best solution for a job like this are granite rocks and boulders and we’ve used around 90 tons.

Once finished, most of these rocks will not actually be visible as they’ll be covered in plenty of rich and fertile silt from the lake margin. Soon the bank will be verdant green again and bursting with life. The added bonus of course is that it’s an excellent opportunity to remove more anaerobic (bad) silt. 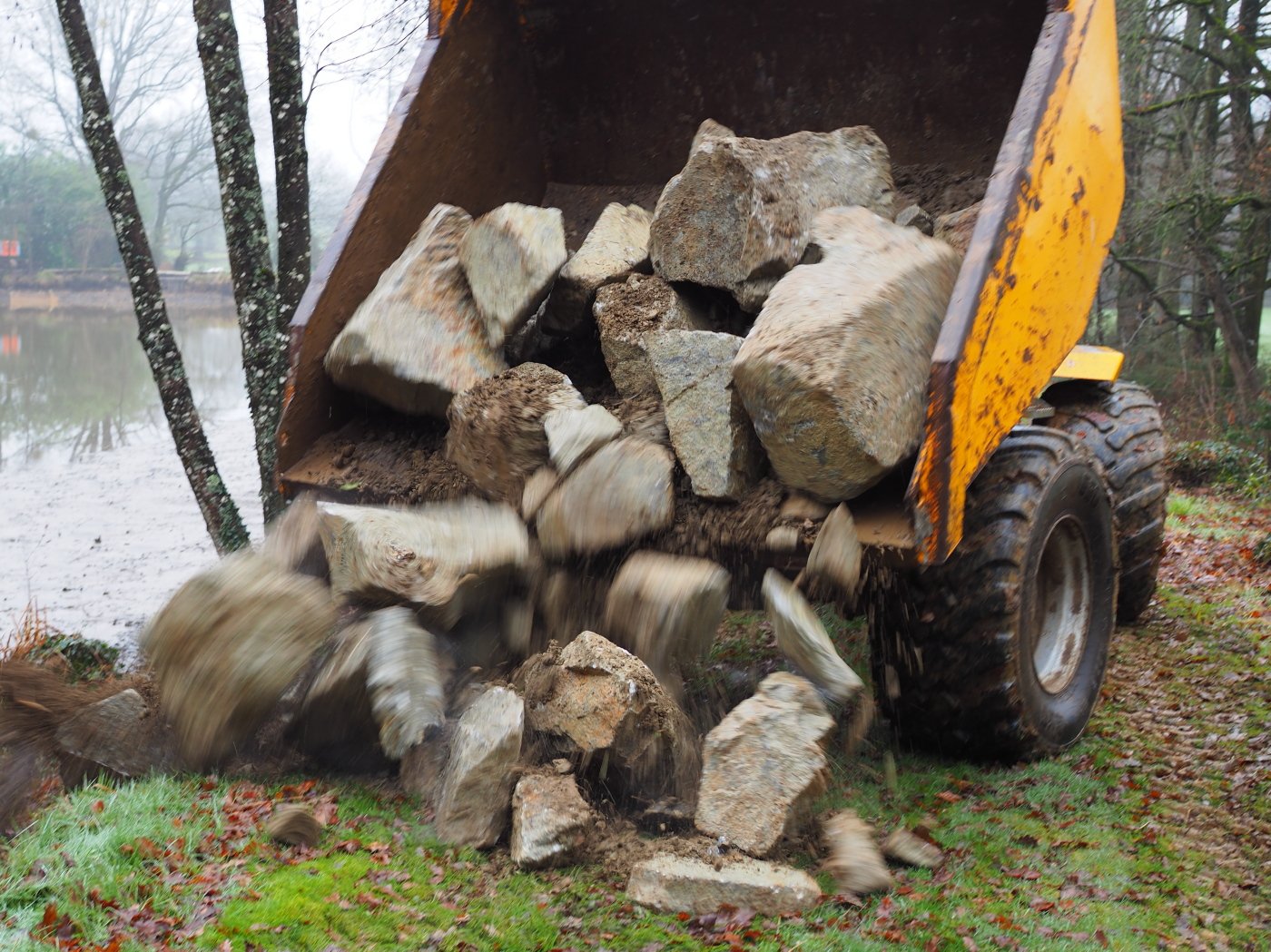 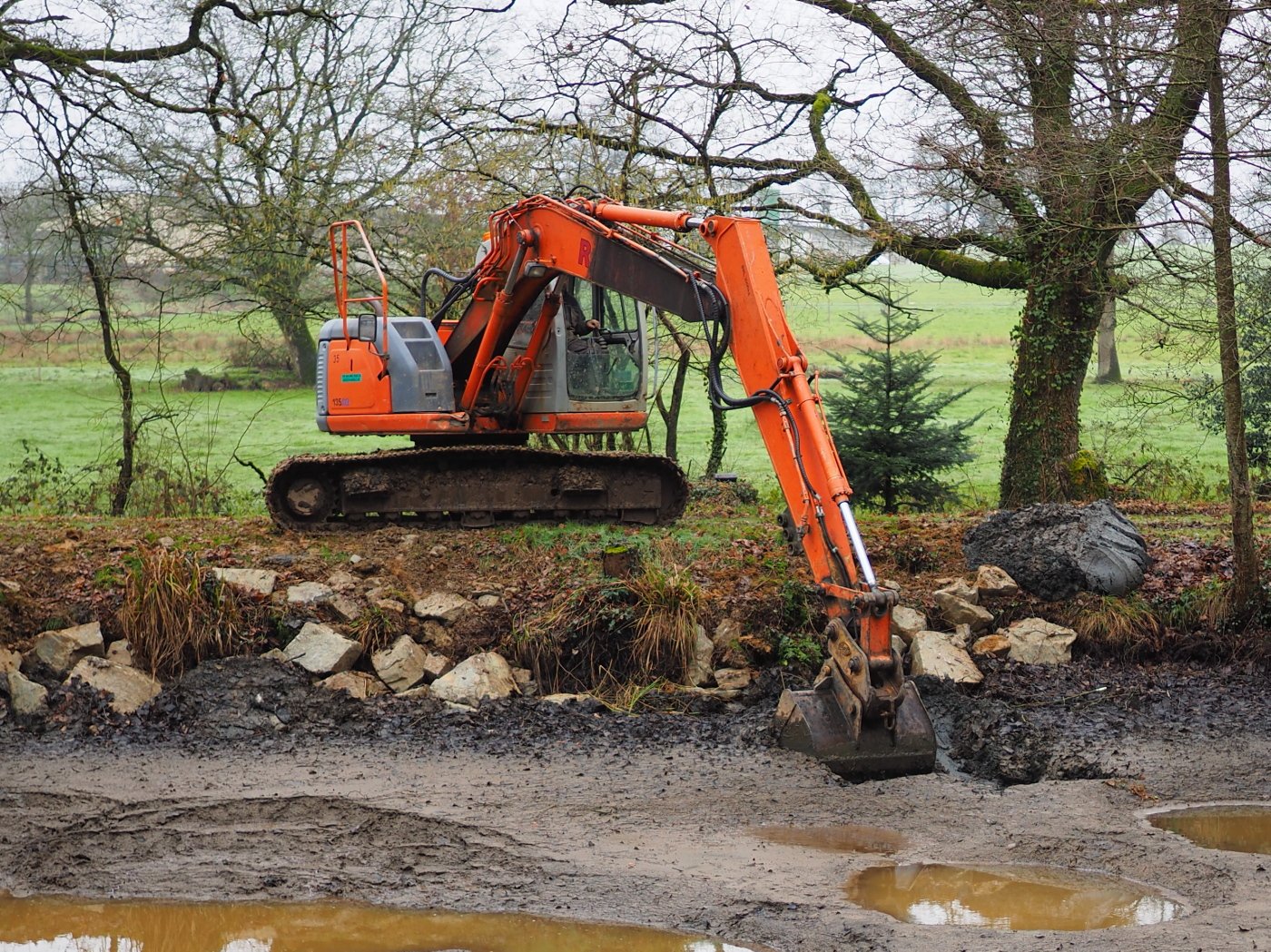 The main bank is also getting a makeover with old roots and clay being scraped off the top and a covering of silt graded flat over the top. At first this is going to look a bit grim of course but as soon as it’s firm enough to walk on we’ll seed it with grass. 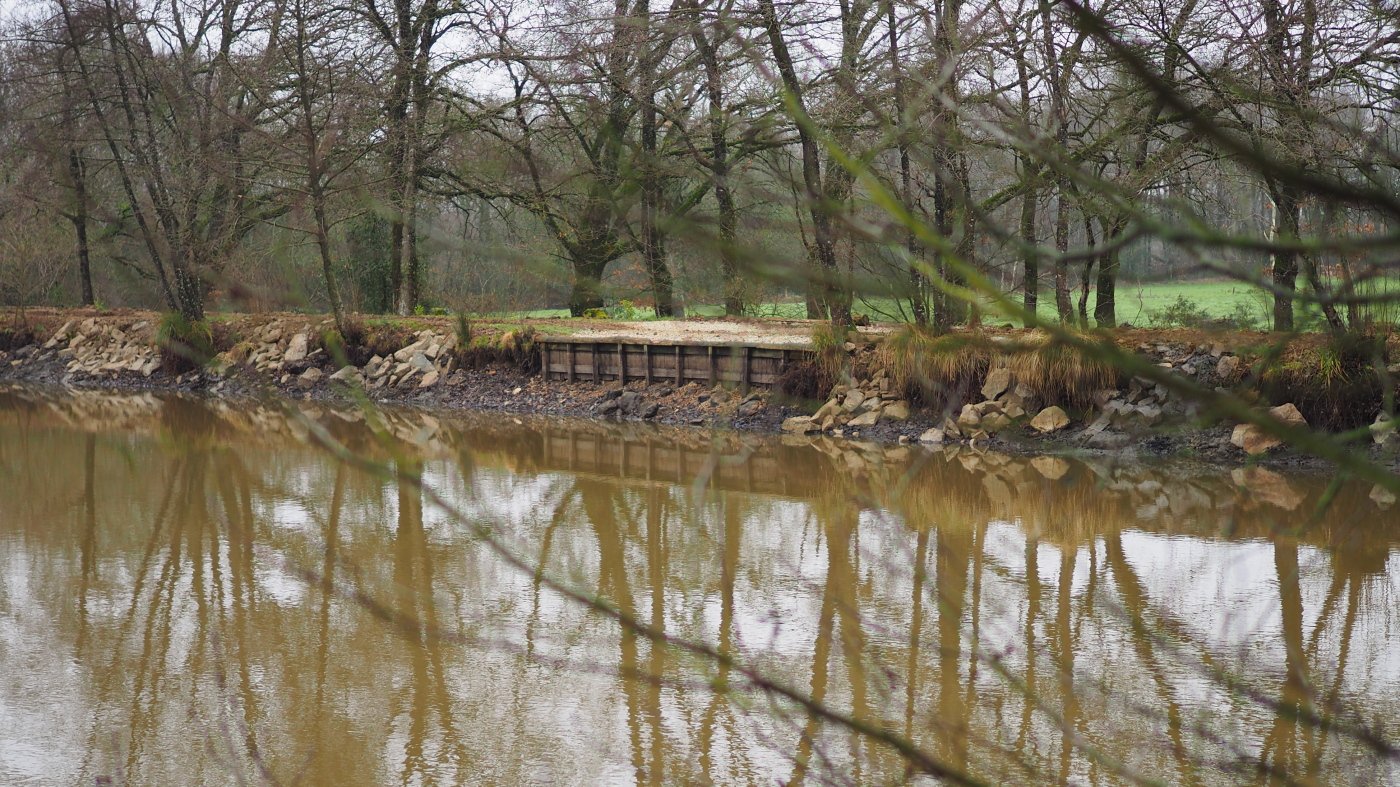 As the area between the Island Point and the Big Double swims and the no carp corner are high traffic area, we’re putting a light layer of 31.5 gravel and then grade silt over the top. The gravel will provide extra support for the grass and hopefully prevent it cutting up during wet periods. 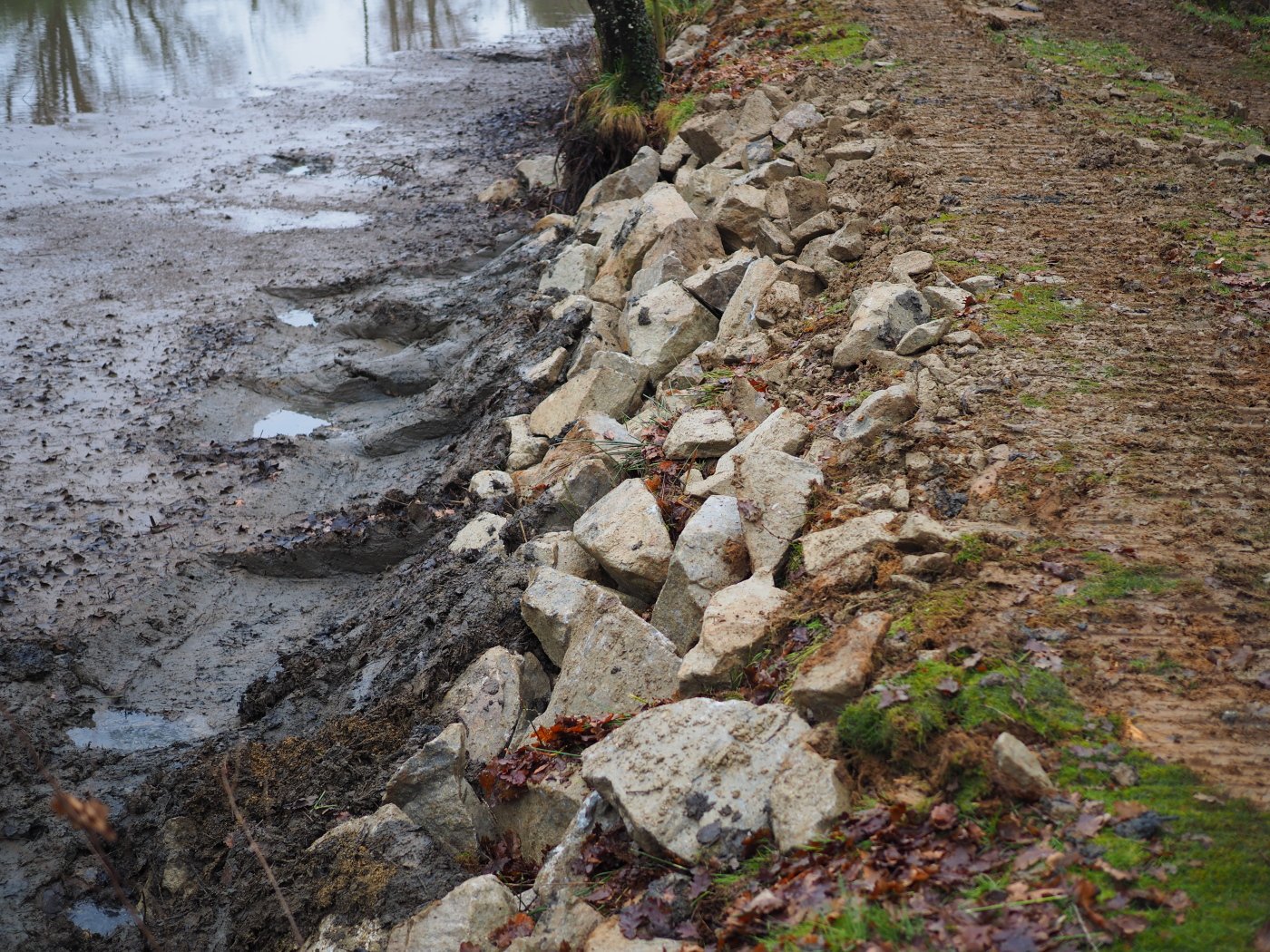 In the early part of the season the route to and from the Island Point and Big Double swims is going to be soft underfoot until these areas firm up and the grass takes hold so we’ll be asking our early guests to avoid walking on these areas. The two rowing boats will prove useful for boating anglers and gear to both swims during the start of the season and obviously we’re very happy to help guests on arrival and departure. 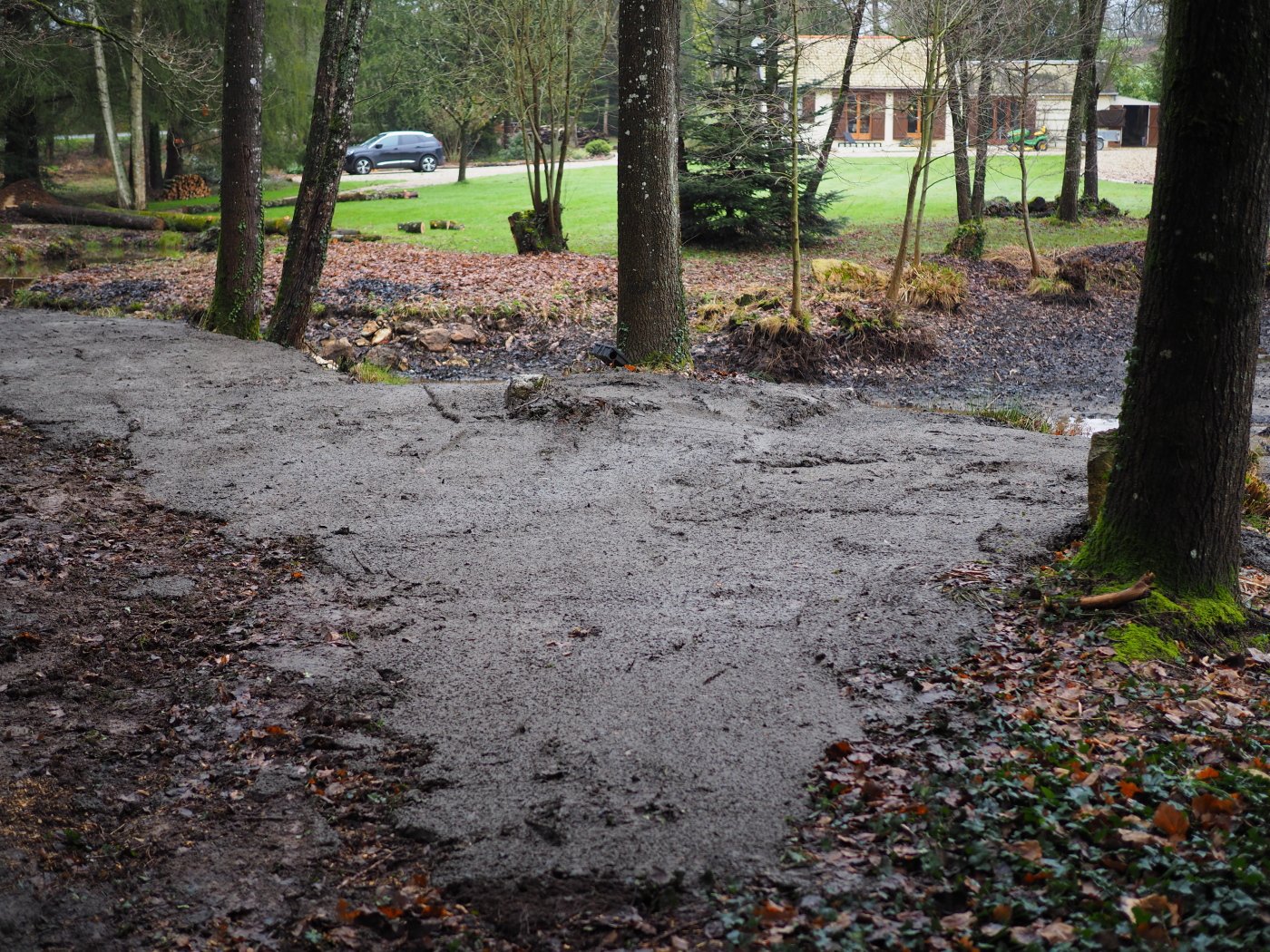 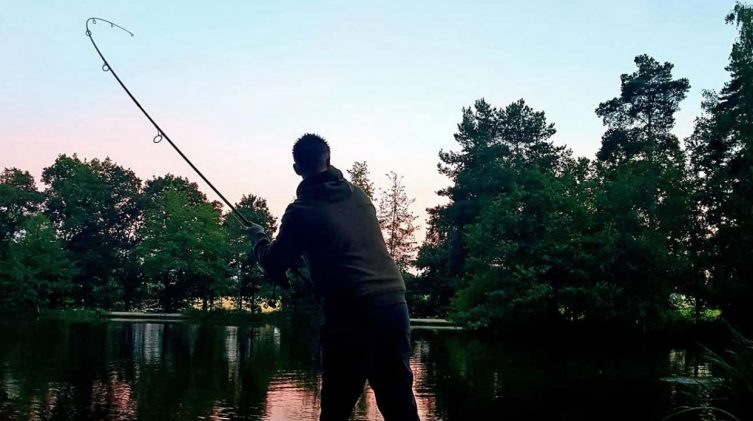 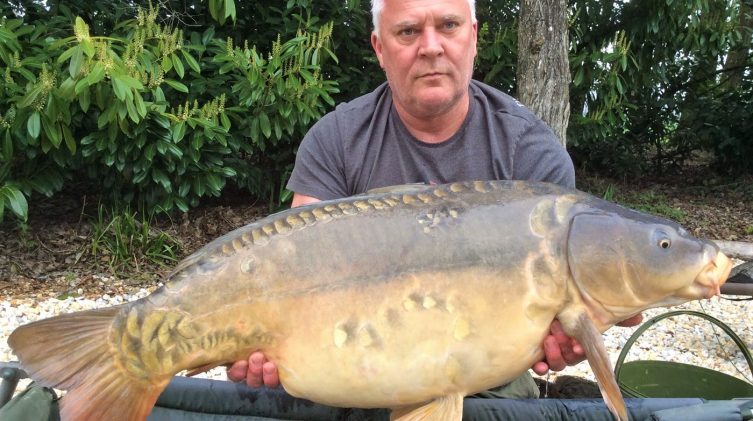