A short winter session results in 3 thirties to 38lbs in January, lovely times!

Alexandre, my French carping buddy and I have been fishing together for many years now and it’s always great to get him over to Beausoleil for a winter session or two. His last fishing trip was back in December on the river and for a serious carp addict like Alexandre that was way too long! Since Christmas he’s been chomping at the bit to get the rods out again but, as many do, struggled to find the time as life kept getting in the way. After having to cancel one weekend trip already I wasn’t sure whether this one was going to get off the ground but on Thursday Alexandre confirmed that it was game on!

Winter carping: it’s all about location

As my bivvy was already setup in point ‘C’, Alexandre headed straight over to the big double so that we split the water roughly between us. Location is everything in January. The problem is that’s there is usually very little or nothing to go on. This is where years of experience of the water come in and we each had a pretty good idea of the zones we needed to cover. Alexandre is a stickler for location and always spends at least an hour walking the margins and looking for signs before getting his bank sticks into position. 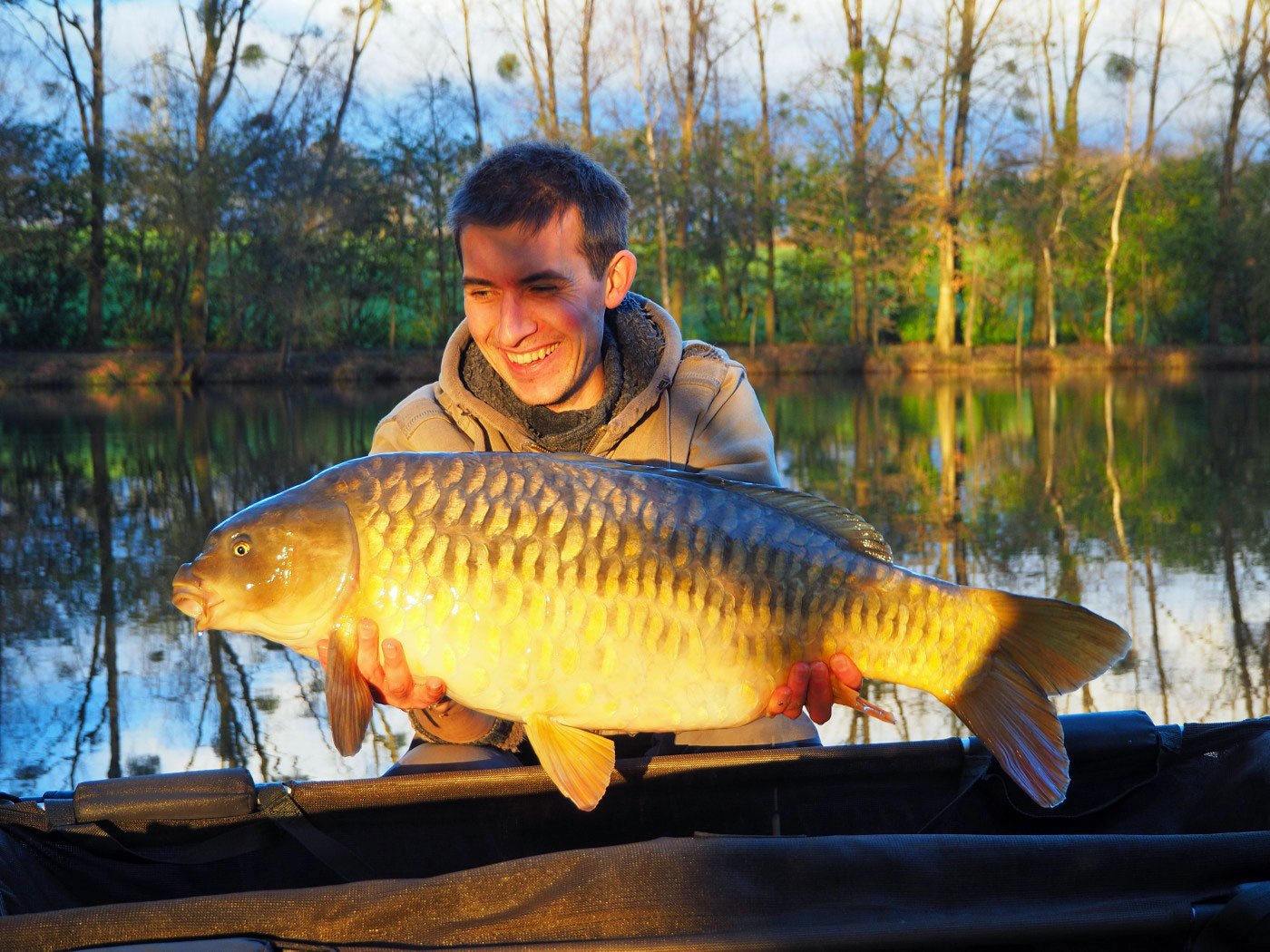 If anyone can find them, he can and true to form he clocked a carp rocking the surface underneath the big fir tree on his side of the island. This was the first rig in position and less than an hour later he was into to his first carp! This one turned out to be a very rare visitor to the bank, the fully scaled mirror at 25lbs 8oz. What a lovely way to start the year! While on the mat we saw a good amount of digested boilie excreted by this angry mirror, they really do love our bait!

During the run up to the session the weather had been exceptionally mild and the carp had gone through 25kg of our home rolled feed boilies in just 5 days. Un-pressured carp can get through massive amount of food. That doesn’t mean you need large amounts of bait to catch but it’s so important to understand what the fish need at that particular moment, both as an angler and for me as a fishery manager.

As always Alexandre used very simple bait boat tactics. This year he was trying out our new soft boilie sticks and used no more than a handful in the boat with the same amount of pellet. He was also very keen to test our new bait glug and a quick dip before sliding the rig into position resulted in a very quick pickup, which is the kind of result all anglers want to see. On the rig front Alexandre loves to drill his bottom bait out and plug it with cork. 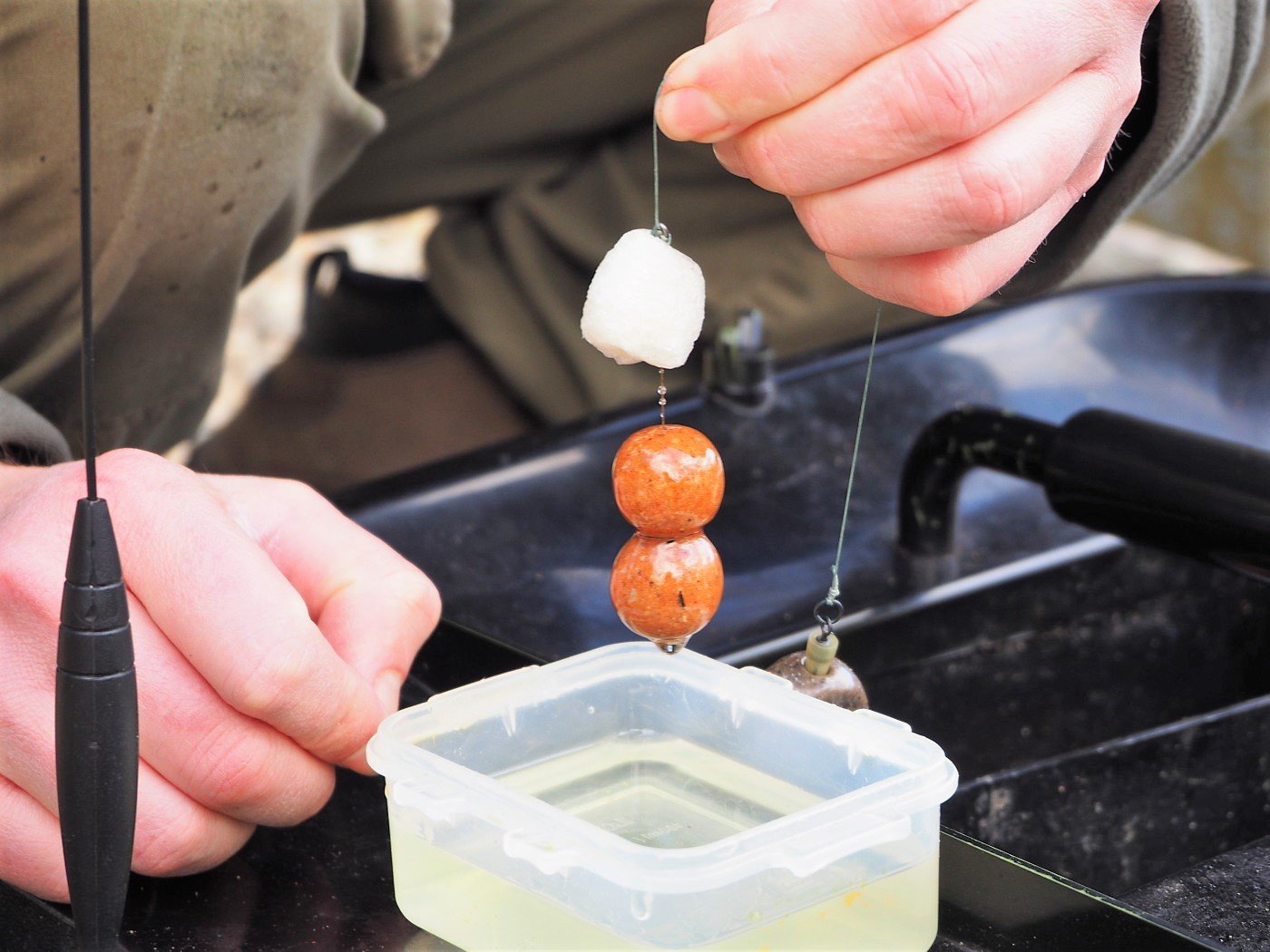 With no more sign to go on, the other rods were fished to marks that we knew had produced bites in previous winters, with bait boat traps of boilie and pellet. I fished bottom bait and Alexandre balanced his out. The evening drifted into a still and cold night. It was bright and clear and conditions didn’t look good for any more activity. We heard a couple of carp crash in the inky blackness but neither of us received so much as a single beep from the Delkims.

The following day, Mélanie joined Alexandre for the afternoon. Like Ren, Melanie doesn’t actually fish herself, but she is also a massive fan of the sport. She’s loves her photography and likes nothing better than to take great photos of stunning carp. Although she’s spent plenty of time at Beausoleil when Alexandre has been fishing, it’s very rare for her to actually see a fish on the bank as most of the takes are at night at this time of year. When Alexandre’s Delkim yelped into life around 5.30pm, Mélanie leapt at the chance to net one of our carp for Alexandre. She’s netted plenty of river carp for him when they’ve been out together and had no problems with this slab of a mirror. 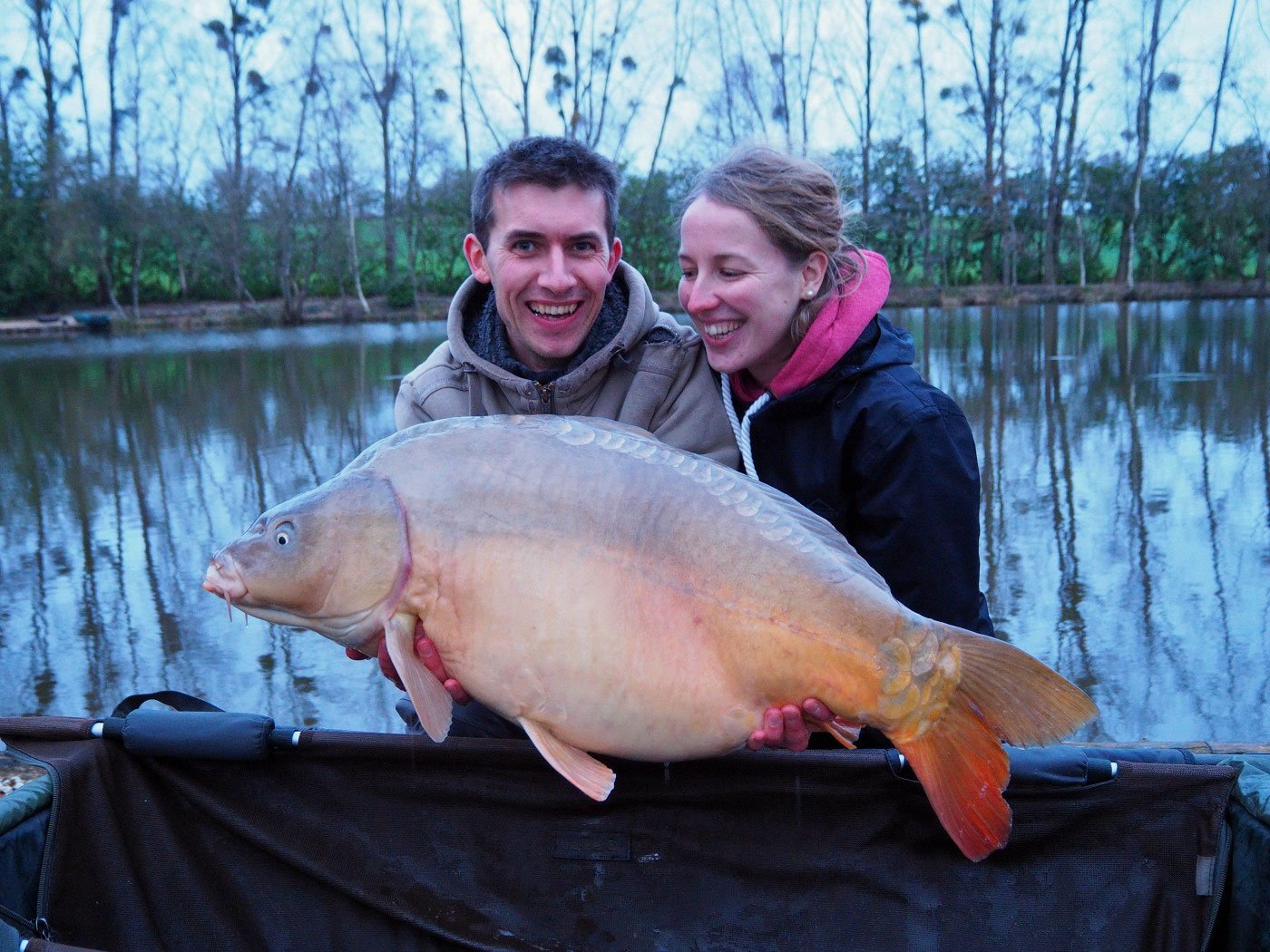 When we lifted the sling we knew that this was a larger carp and Ren instantly recognized it as Dink, one of the ‘A’ team originals. She span the scales to 38lbs and Alexandre had a new Beausoleil PB. She looked immaculate with a very clean mouth despite multiple captures. These old carp have a seriously hard mouth, that’s why you’ll need ultra sharp hooks if you want to nail one. It was great that Mélanie got to share the buzz with her carp mad boy friend…. Lovely times!

With Alexandre doing so well, I left him with the bait boat and just flicked three glugged singles out into the night. Due to lack of practice my casting skills were a bit rusty. Landing rigs in the dark onto known spots isn’t easy but I managed to feel two of the leads down properly, the last one was a bit iffy but I was tired and my sleeping bag was calling me so I left it where it was which is very unusual for me. 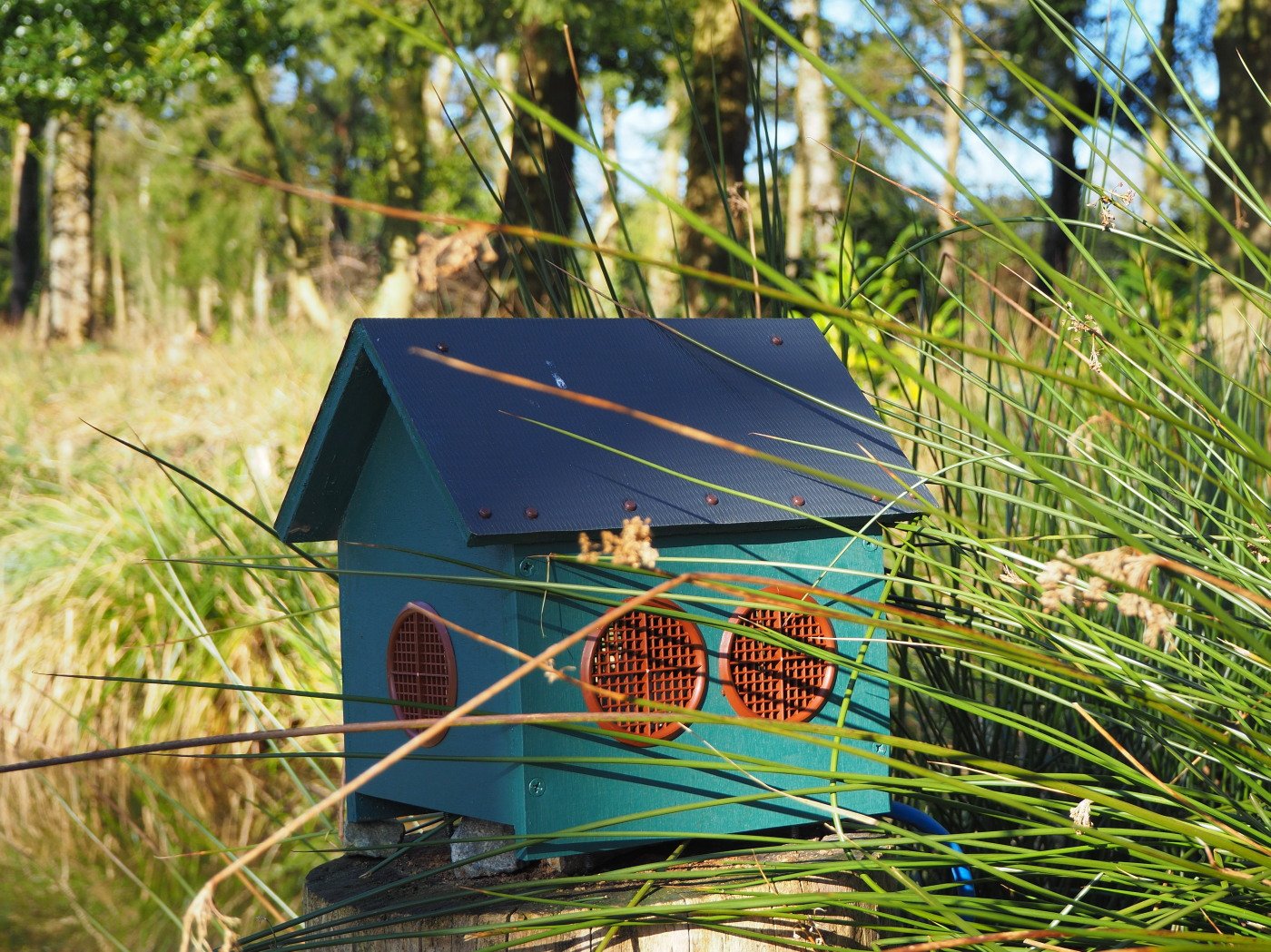 One of the many little jobs of the winter was the installation of our new external WiFi hutch. Yet another brilliant creation by my father, this little unit broadcasts a good strength signal to all swims. Now some anglers may be horrified by the thought of in-bivvy Wi-Fi, but when doing long winter nights, it really is a great thing to have.

Singles is all it takes for a winter bite

Around 10.30pm I was ripped away from the fantasy world of the Marvel universe by a screaming Delkim! With the rod held very securely on the rests, the tight clutch meant that the bobbin was locked up to the top and the rod tip nodded enthusiastically.

It was definitely game on! Alexandre was still awake so he trotted round to assist. After a spirited fight I caught a glimpse of a decent mirror in the green glow of my head torch. Alexandre did the honours and as soon as she was in I secured the net and I busied myself getting setup for the pics. 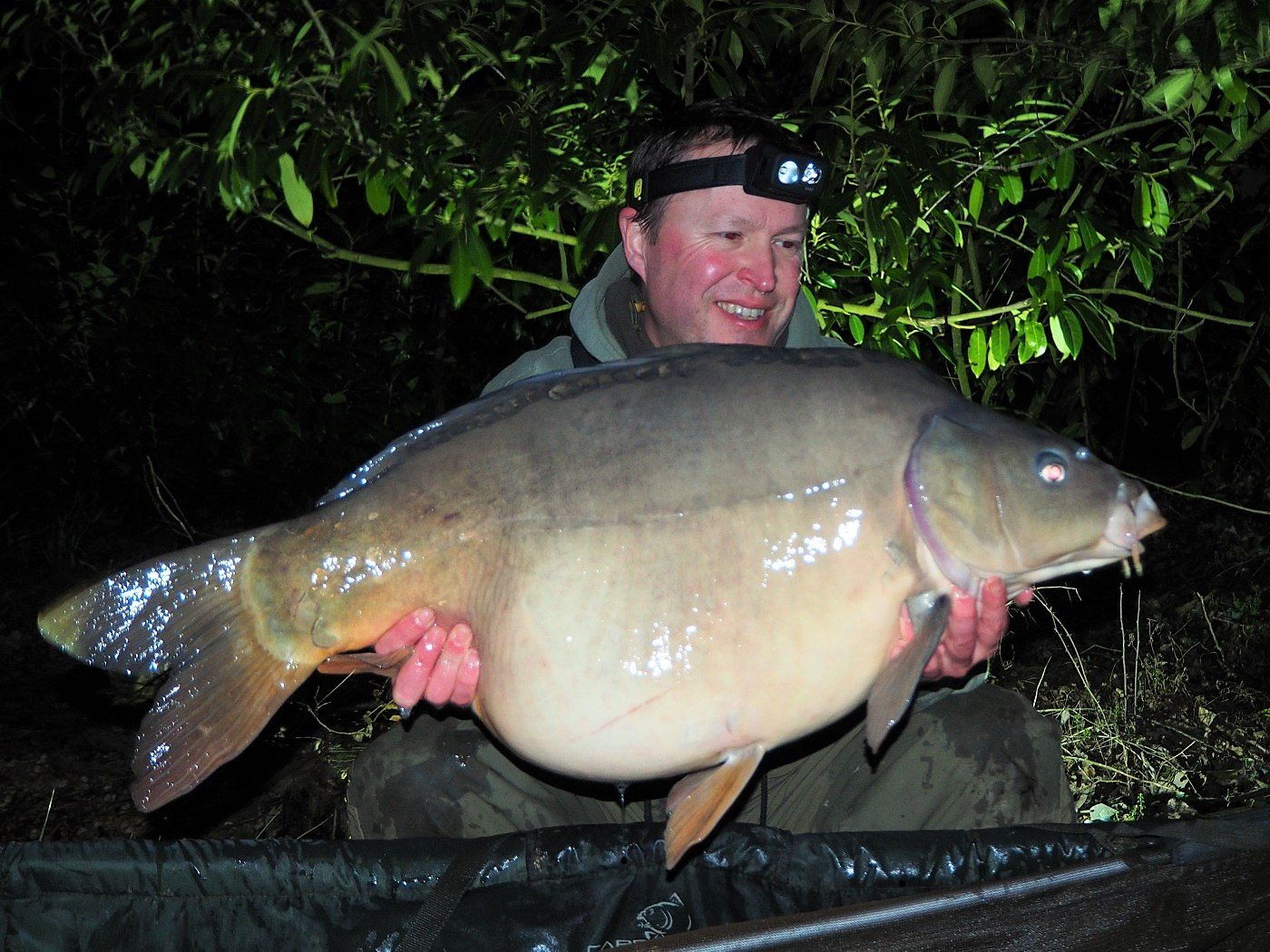 I recognised the carp as Earl Grey, another Beausoleil original. She was looking mint as always and rather rotund, spinning the scales to 33lbs. This one fell for 2 x 20mm bottom baits on my new blow back rig, dipped and cast straight out. It takes a big leap of faith to fish singles like this but it works a charm. If there is a bite to be had, a single bottom, cast or dropped onto a relatively firm bottom, will result in a pick as long as the rig mechanics are right and the hook is as sharp as it can be. 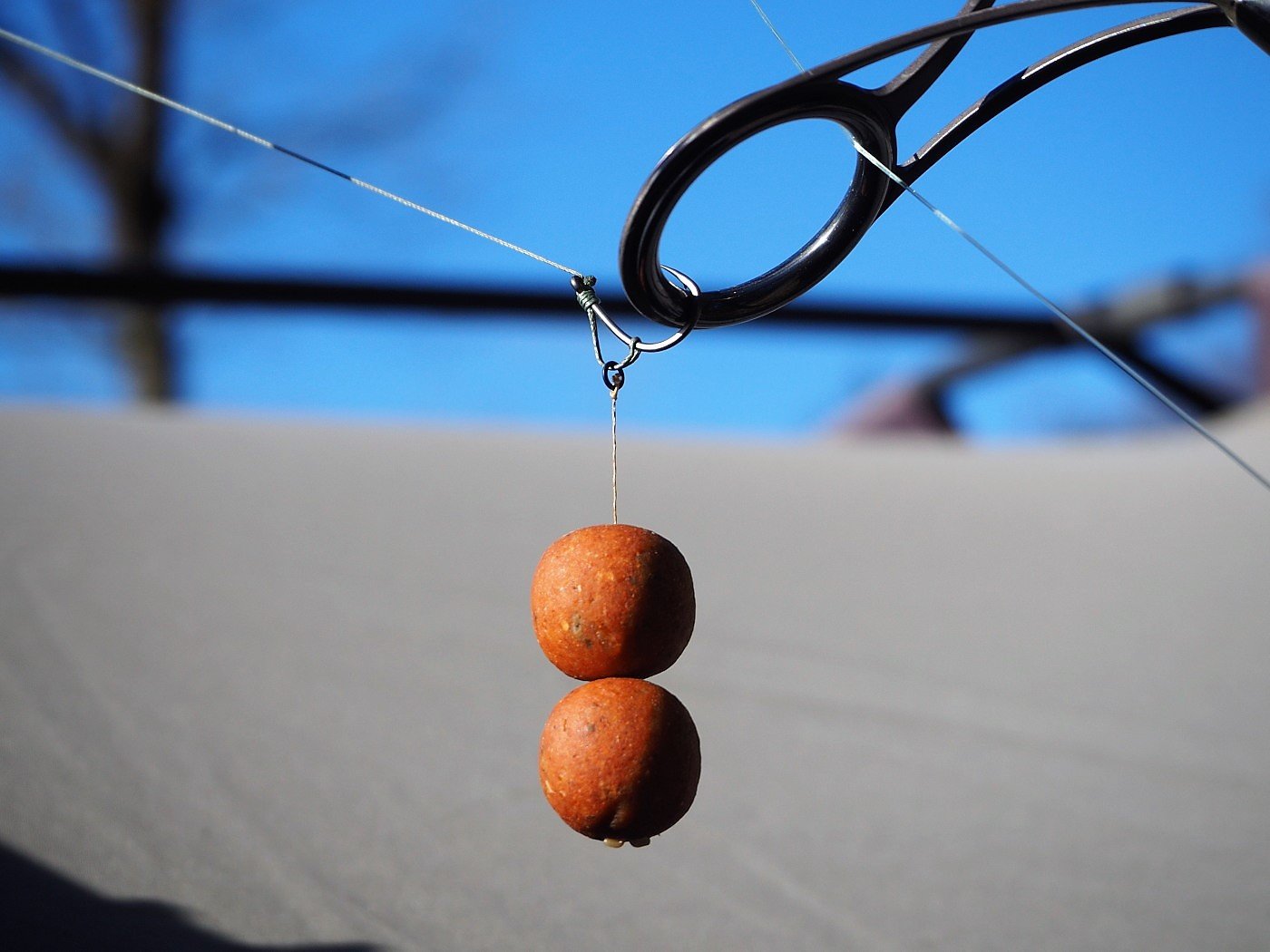 The rest of the night passed quietly for me but Alexandre did bank the sturgeon which we unhooked in the net and allowed to swim free. At 9am I wound in and left Alexandre to re-do his rods for the last morning. He’d been for another stalk round the margins and another carp was giving away clues underneath the fir tree.

Another 1hr after re-doing the rod and Alexandre was in again. I was out in the boat clearing floating branches from the home swim when he appeared from the back of the island with a big grin on his face. I hopped out the boat, grabbed my camera and ambled round to be greeted by another old warrior in the form of Hyphen. 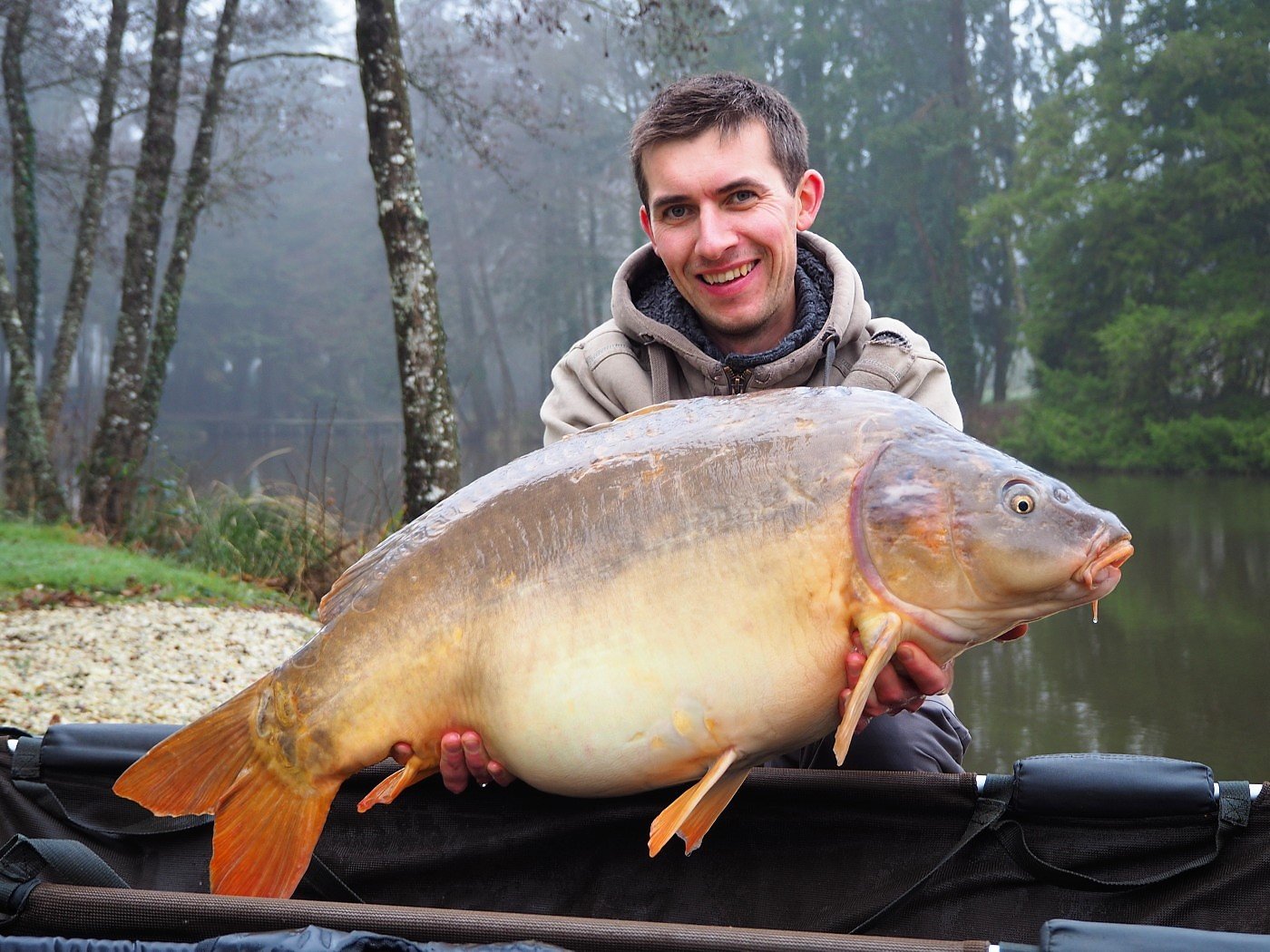 This carp’s a fighter in more ways than one. He’s covered in old scars, a real character of a carp. Weighing in at the boxing equivalent of middle weight he span the scales to 35lbs. Another cracking result for Alexandre and that was the end of his 48hrs on the water.

We hope to see him on the banks of Beausoleil soon cradling some more of our beautiful specimens. 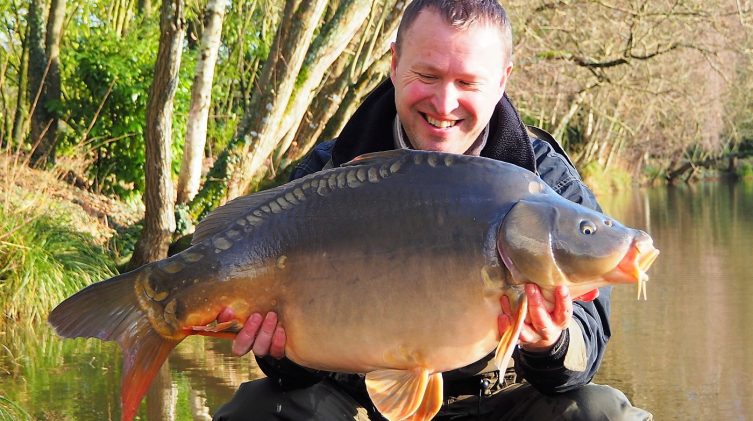 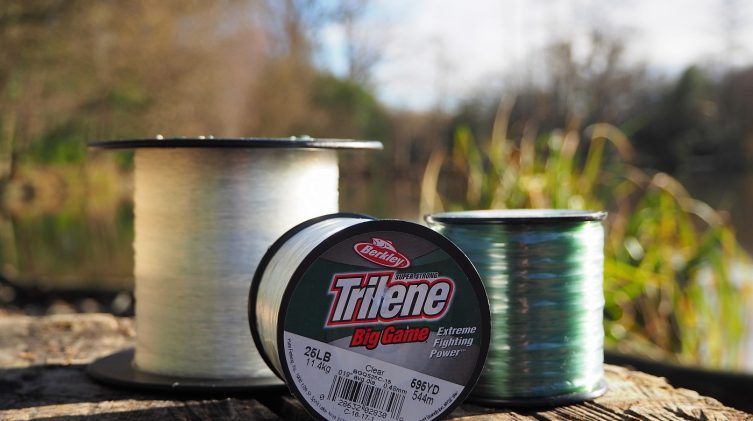 Next Post - A record number of 100lbs+ catfish caught in 2017 thanks to Berkley’s Big Game!