A nice end to the season with a brace of stunning 30lbs commons!

This week we had the pleasure of welcoming another family on their first trip to the venue. Simon and Paul are both keen anglers and their wives wanted a nice and cosy bolt hole for a week away in France so Beausoleil was the perfect fit. It was great to see their reaction to the place on arrival. It’s difficult to capture the actual size of the place in photos but most new guests say it’s bigger than they imagined and they were very pleased with their choice. After an exciting lake tour, we left the group to settle in.

The guys chose to double up in home swim for a bit of a social. Paul is an experienced carp angler but with a busy business to look after in the UK, he’s struggled to get out on the bank for a few years and this would be his first fishing trip to France. Carp angling is all a bit new to Simon and a far cry from the course species he’s used to chasing. Paul’s tackle hadn’t seen the light of day for 3 years and Simon borrowed most of his gear from Paul so Sunday was spent sorting things out and getting organised. 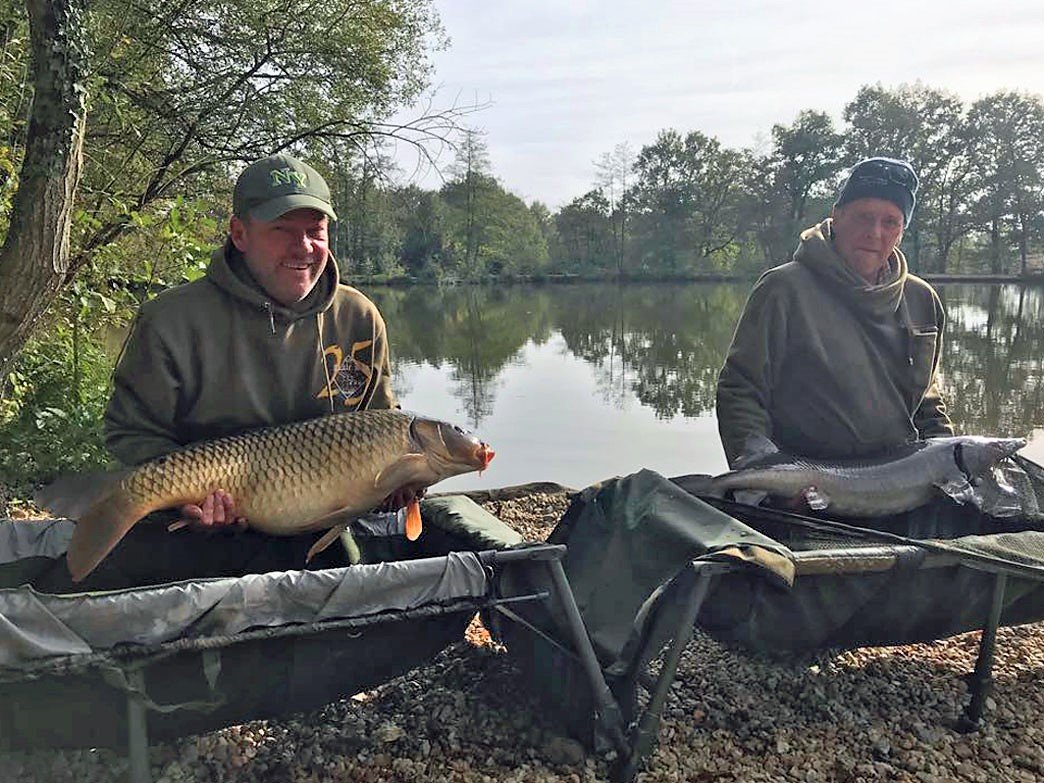 By Monday, in the little time that they’d actually been fishing they had had 4 bites already but not managed to connect with anything. Many of new anglers to the venue have not fished for carp that are riggy and when a flurry of beeps doesn’t actually turn into a run there is a lot of head scratching that goes on. I’d say that at least 95% of the time a little hook sharpening is all that’s needed and this week was no exception to the rule. Simon put his new found skill to use immediately and sharpening hooks for the pair of them. It wasn’t long before the difference was clear to see.

Paul really fancied banking a 30lb common and during a flurry of activity on Tuesday evening he banked an absolutely pristine 32lb specimen. The girls knew that he really wanted to catch one and when Simon dashed back to the house to tell them to grab the camera they didn’t believe him and carried on cooking! On Wednesday, the score had jumped to three banked fish, all PB’s. That’s more like it! 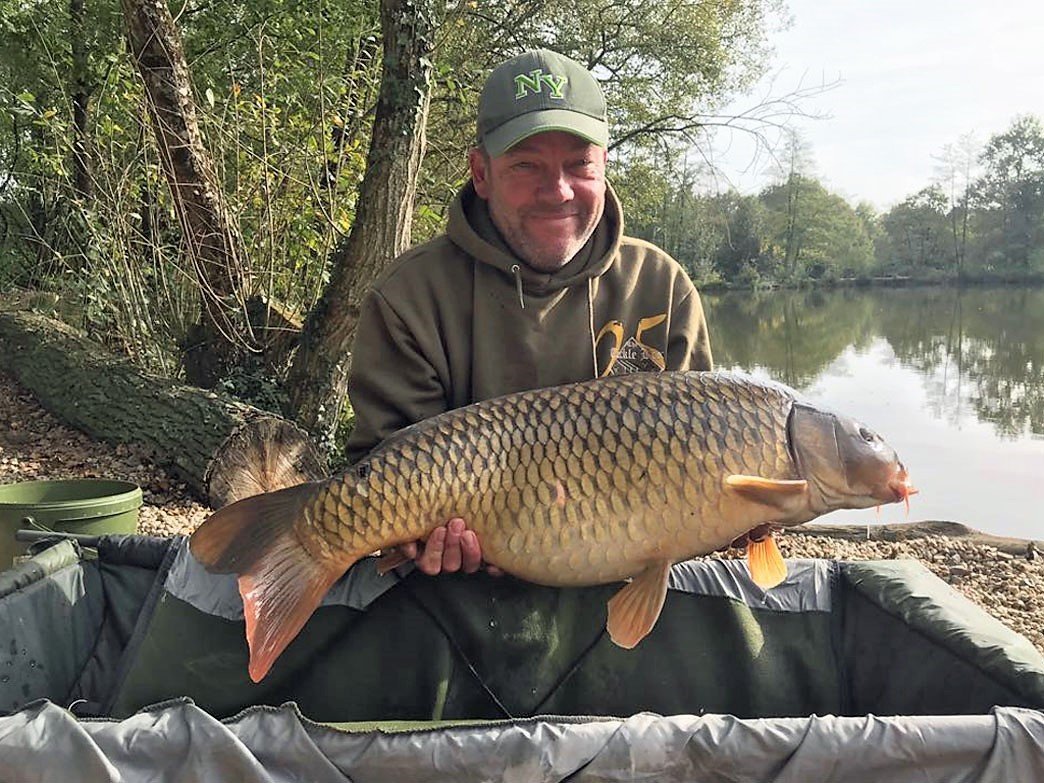 The ladies had really made the place their own and took themselves out on many day trips. They really made the most of what the local towns have to offer and could probably write a better guide to what to see and do than we can! 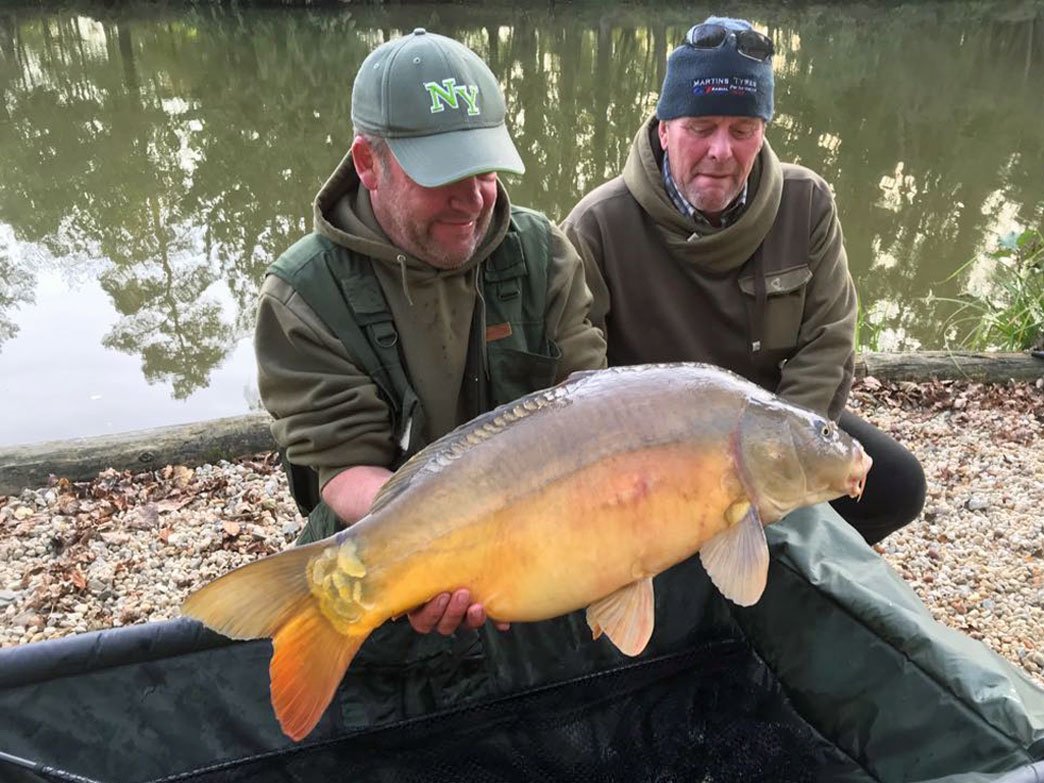 The guys couldn’t bear to be away from the fishing so the girls had the holiday they wanted and the boys got to be boys once again and loved every second of it! We would always advise our fishing guests to do the nights but this holiday was as much about relaxing as it was fishing. The guys managed plenty of bites during daylight hours by casting around solid PVA bags. A winning tactic at any time of year.

We know they’re already talking about a return trip and we hope to have the pleasure of welcoming them back in the future.

Mild for October, no rain

More info regarding opening times of shops and info re location for weather!!

Thank you both for your hospitality and professional advice. Sharpen your hooks!!
Share this - 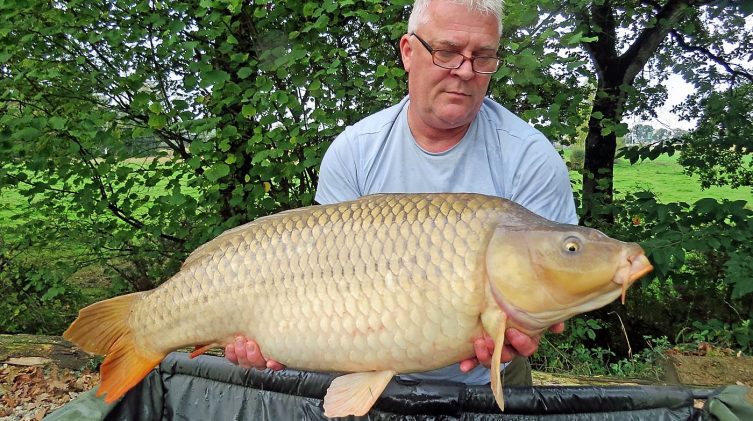 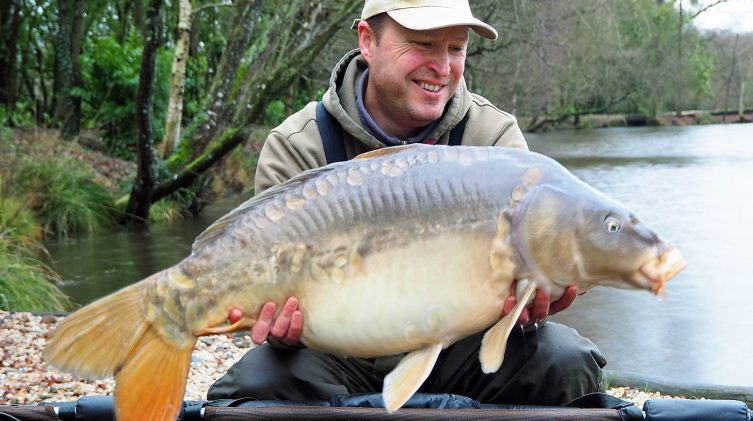 Next Post - New year, new baits and a new rig!