A top week’s carp and cat fishing for husband, wife and the in-laws and another lady catfish lake record!

This week we welcomed back Nick and his family to our idyllic angling paradise. Beausoleil is perfect for families and this year Nick even brought the non fishing in-laws along for the holiday to enjoy the peace and tranquillity. There was a catch though. It was their job to keep Nick and Monica’s energetic  young boy Dillon entertained for the entire week. He had a blast and enjoyed his paddling pool and making enough water bombs to start world war 3! After a couple of lost cats last year, Nick was better prepared 2nd time around and was determined to bank some of our monster catfish. Now, normally, when targeting an unfamiliar species, it’s best to start small and work your way up to the better sized specimens. Well that’s all well and good but when you hook yourself a monster first time it can be a bit of a shock! When it first surfaced, Monica calmly declared that it would go in the net no problem. That was until the head appeared 6 ft away from the tail! Nick passed the rod to Monica and jumped in for a spot of catfish wrestling and managed to man handle the beast onto the mat. On the scales it span round to an eye watering 94lbs! Not bad for his first ever catfish… 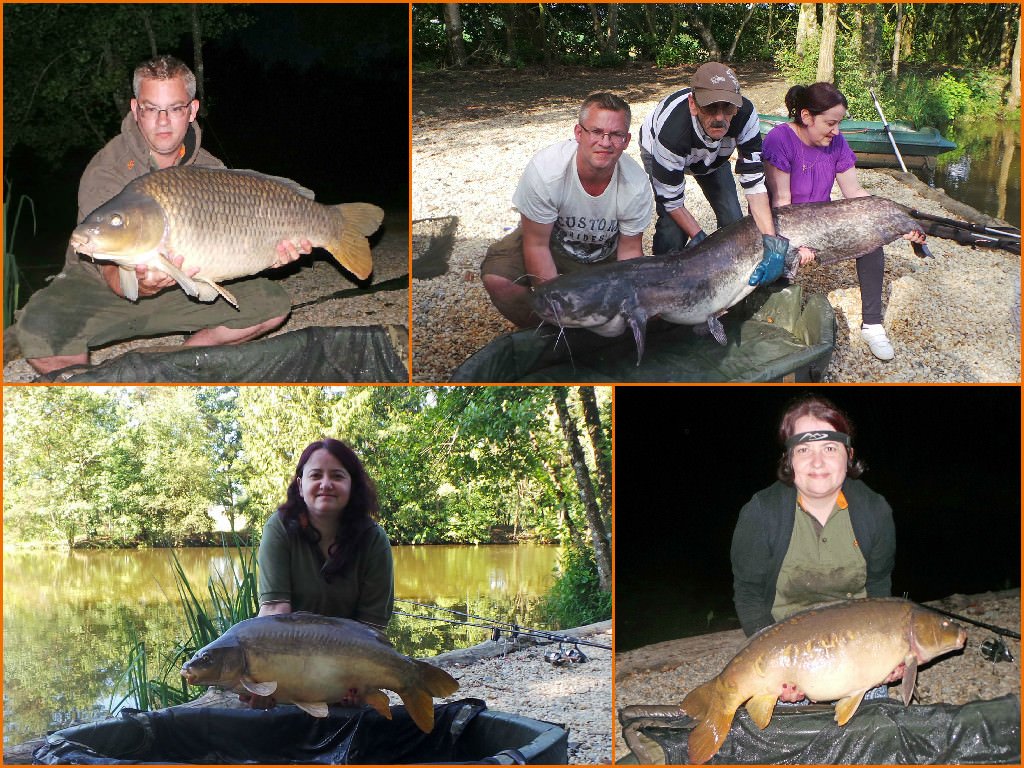 Monica was not to be outdone though and for the second time this year, broke the ladies record for catfish. She did all the work on this one from start to finish and banked a 92lb monster! I was seriously impressed as Monica is rather petite but she has a will of iron and that cat was coming in no matter what! After some coaching and loads of encouragement from Nick and Monica,  they managed to persuade Manuel (Monica’s dad) to hit one of the takes and he successful banked himself a 31lb mirror which he was very proud of! 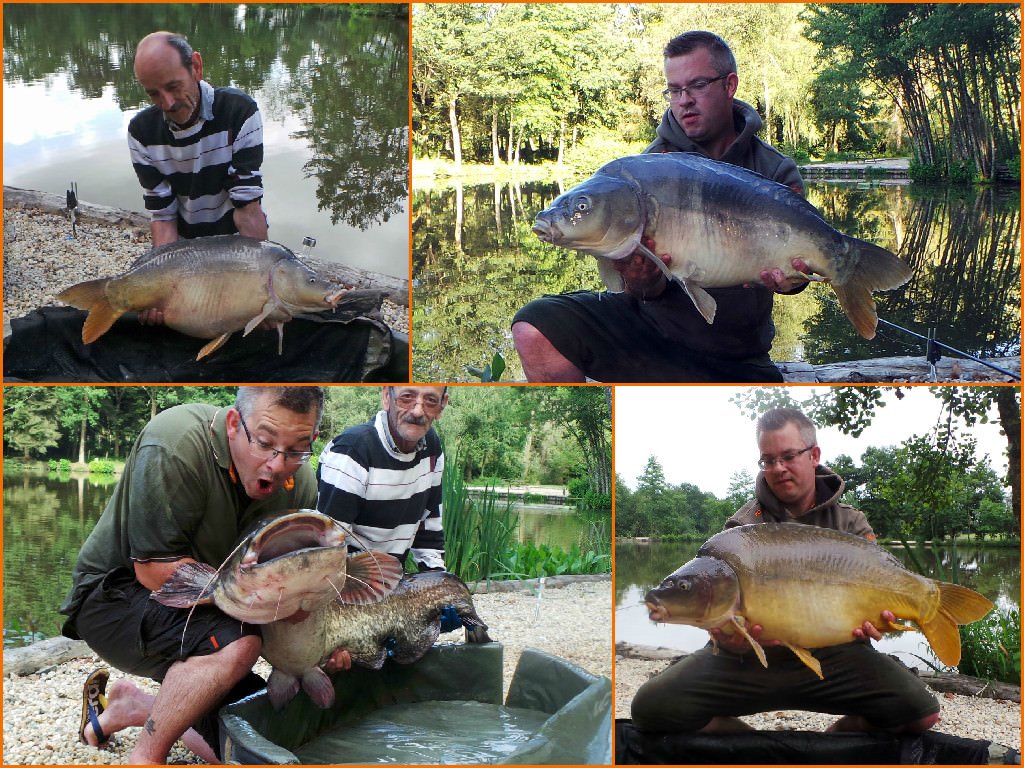 In total they banked 11 carp and 4 cats which is great fishing for July. The carp were all down in weight post spawning of course but they’ll soon recover that over the coming months. Many of the carp were known 30’s which just goes to show what a good week they had. It was great to see Nick and Monica again and to meet the in-laws and I’m sure we’ll see them again in the future.

Points A, B and C. All fish caught on Matt's Blue Oyster boilies.

Very mixed, nice thunderstorm Tuesday, lots of rain Wednesday, sunshine for the rest of the week.

Love the place, would definitely come back for a third time!! Lovely hosts and hopefully see you next year.
Share this - 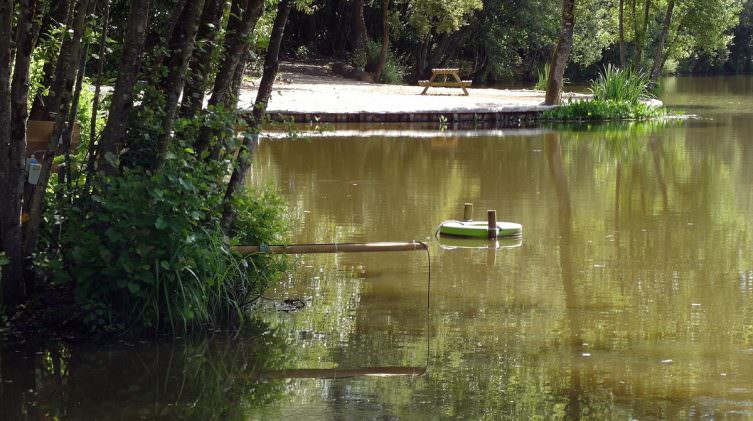 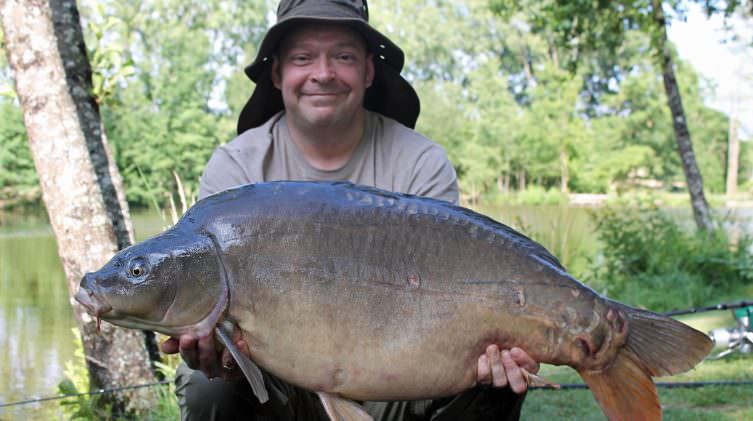